When I tell people that I’m learning Spanish, I get a wide variety of reactions. Some say it’s a romantic language, while others say it is pragmatic, because there are so many Spanish speakers in the world today.

In fact, Instituto Cervantes, a non-profit organization dedicated to growing Spanish language and culture, did a survey in 2015. That survey found that there are 559 million Spanish speakers around the world. Over 40 million of native Spanish speakers are in the United States, plus 11 million are bilingual. That’s a lot of Spanish speaking opportunities in the US alone, and that actually outnumbers the number of Spanish speakers in Spain.

In this article, I’m exploring the top five things I didn’t know about the Spanish language that most people overlook or don’t really know about Spanish. Once I knew these things myself, I found that it made learning Spanish a bit easier.

One Thing to Remember While Learning Spanish.

“Economy of effort. In language, as in any human activity, there is a general tendency to use the least effort necessary in order to achieve communicative goals.”

Spanish is no exception, as it’s a very efficient language. You’ll notice that in English it might take 5-7 words to say you’re going somewhere, while in Spanish you use three.

Do you want to come with me?

See, seven words pared down to three. That’s efficiency.
When you speak Spanish, you’ll notice that vowels are shorter as well. That’s probably been my biggest challenge in learning to speak Spanish. It’s actually one of the most common mistakes when learning vowels.

Then if you add on a regional dialect, words become even more efficient. For example, in Andalusia, words are commonly combined, shortened, or even cut off at the end. You might hear ‘encantao’ instead of ‘encantado’ or ‘cortao’ when you ordered a ‘cortado’. Andalusians frequently leave off the last letter of words, so ‘adiós’ becomes ‘adió’ or ‘gracias’ is ‘gracia.’

Why has the dialect evolved this way? It’s probably because it’s regularly 40 degrees Celsius (104 degrees Fahrenheit, for those of you who need the conversion!)out, so they want to use as little energy as possible. Either way, we can agree. That is hotter than hot.

1.The Vulgar Roots of Spanish

The roots of the Spanish language are in Vulgar Latin, as with the other Romance languages – Italian, Portuguese, Catalan, Galician, Romanian and French. What is Vulgar Latin? Well, it kind of implies the language was...vulgar. You see, as Latin evolved as a language, there was a formal written Latin language used by the more educated class. There was also a more commonly used version of Latin, hence Vulgar Latin. Vulgar is just another way of saying common.

The Spanish language that we know in modern times actually began over two thousand years ago, when the Romans conquered the Spanish peninsula and with them brought the Latin language. 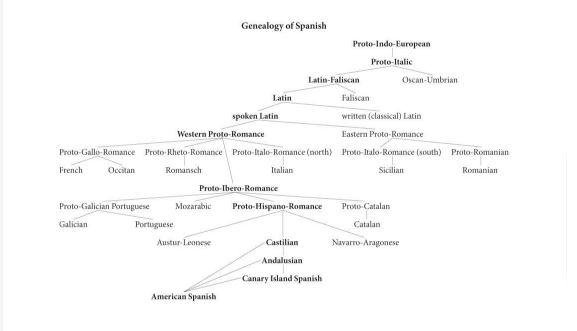 Fortunately, learning Latin isn’t necessary in order to learn Spanish or any of the Romance languages.

2. What English and Spanish Have in Common

While English isn’t considered to be a Germanic language, not Romance language, it still has roots in Latin and has Roman influences as well. For example, the alphabet in both languages are very similar, almost exact. While the pronunciation differs, one can read and pretty much understand the alphabet.

There are also many cognates. A cognate is simply “a word that has the same origin as another word, or is related in some way to another word.”

According to some estimates, around 30% of the English language has a cognate in Spanish. That means that you’re already familiar with thousands of words in Spanish right off the bat. That makes learning a new language a whole lot easier.

There are certain rules for Spanish cognates, and this document from the State Department of Education in New York outlines them perfectly.

3. Spanish Standards Began to Develop in the 13th Century

You would think that with Spain being an older country with a rich history, the Spanish language would be much older than it truly is. That isn’t necessarily true. While the roots of Spanish developed a couple of millennia ago, the standardized version of Spanish didn’t begin to develop in until the 13th Century in Toledo and later Madrid.

It wasn’t until King Alfonso X of Castile sought to standardize the written language by bringing together court writers to codify laws, moral codes, and astronomical tables in Castilian. These works ultimately formed the basis of a standardized Spanish language. At the time, there were already many languages being spoken in the Iberian Peninsula, mostly due to various attempts at conquering the territory.

However, it would be remiss to not note how the course of history impacted the develop the Spanish language. As David A. Phearies notes in his book, “A Brief History of the Spanish Language,”

“Without the Muslim invasion and the Reconquest, it is doubtful that Modern Spanish would be based on the Castilian variety or dialect, and without Spanish colonial activity, Spanish would be spoken today on the Iberian Peninsula only.”

Spanish spread throughout the world through the expansion of the Spanish empire shortly after Christopher Columbus began his voyage in 1492. It is noted that Andalusian very closely resembles Latin American Spanish. This is largely because those in the Southern region of Spain had a very strong maritime tradition. Thus, Andalusians primarily made the voyages to the New World.

As Phearies notes, “The resemblance between American Spanish and some varieties of Andalusian is quite noticeable. In particular, the presence of the seseo and the replacement of vosotros (with its corresponding clitic pronoun os and possessive adjective vuestro) by ustedes (with los, sus) are striking. For this reason, the argument has long been made that Andalusian served as the basis for the genesis of American Spanish.”

Speaking of vosotros and ustedes, you do need to know the difference between the two. Both signify a plural version of you. In Spain, you’ll find vosotros is used in formal situations, while in Latin America, vosotros isn’t used at all. Ustedes tends to be used in both formal and informal situations.

5. There are Over 100 Spanish Dialects

As world history has evolved, so has the Spanish language. There are many, many dialects of Spanish. Think of it this way, if there are 559 million Spanish speakers, what are the chances they’re all speaking the same exact language?

Think of it this way, there are 22 countries where Spanish is the primary language. Think of how many regions each country has. For example, in Spain, there are six dialects spoken. In Mexico, there are nine regional dialects. 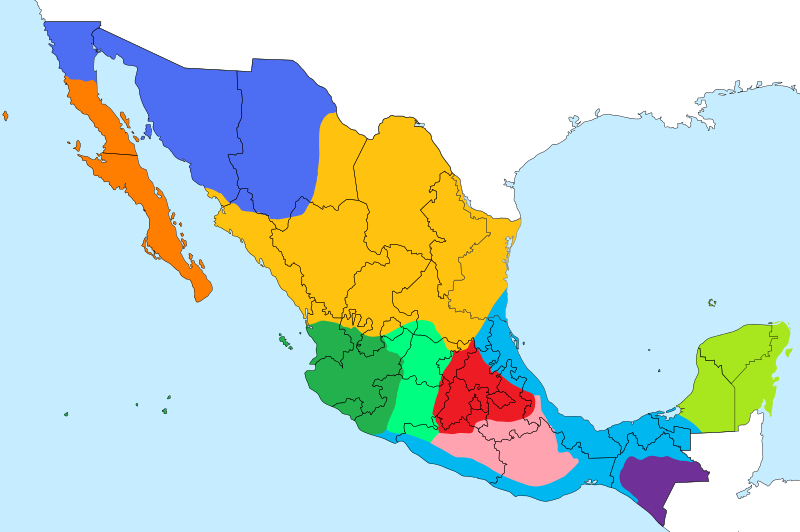 A good comparison is the English language. I’m an English-speaking American sitting in a café in London as I write this. I can understand what everyone is saying and can clearly communicate without really thinking about it. There are minor differences in terminology, but it’s seamless. If I listened closely, I’d be able to tell if someone were from London or if someone were from Liverpool. Quite frankly, everyone sounds like the cast of Downton Abbey to me, so I’m not quite there yet.

How does this impact how you’re learning Spanish? You’re probably not going to learn every single dialect in Spanish. Would you know every single dialect in English? No, because you don’t need to. There will be variances as with any language, but if you know the basics and have a good vocabulary and a good sense of grammatical structure, you will be able to communicate what you need to.

As you take steps on your learning journey, consider where you’re going to apply the language. Take the time to learn and connect with speakers in or from that area. Again, if you go with a basic understanding of the language, you’ll be able to learn the dialects pretty quickly.