Let's face it, we all make a lot of resolutions for ourselves that never become fully realized. Many people promise themselves things like, "I'm going to learn Spanish and go to see the Mayan ruins in Mexico!" However, in the end they run out of steam. The reasons some language learners give up early are varied, but many times it is because they simply were not engaged or entertained. These top YouTube channels are listed below so you can have fun, learn Spanish for free, and stay inspired to keep learning!

There are many ways to learn Spanish, all require hard work. Nobody has ever casually watched a few instructional Spanish YouTube videos and gained fluency overnight. However, there are a few things that make YouTube videos an inherently amazing language learning resource. On YouTube you can: 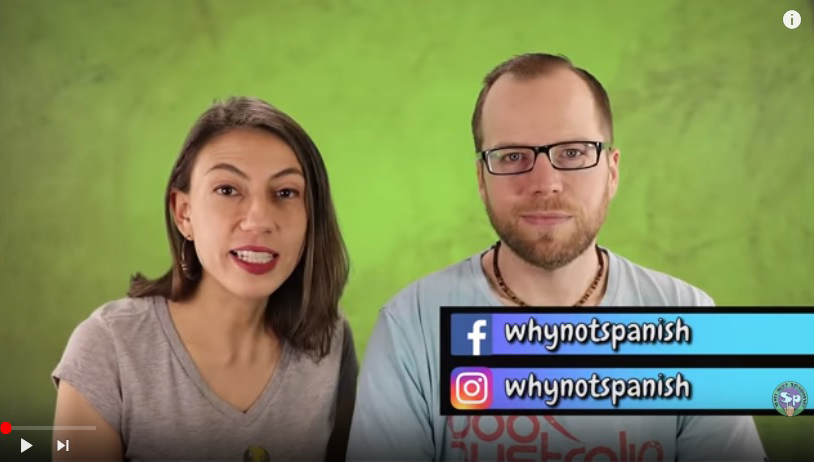 This YouTube channel excels in providing Spanish in use. They do not use examples and give grammar lessons as much as just speak (slowly), providing subtitles when unfamiliar vocabulary is used. WhyNotSpanish features Maria, a Spanish teacher, and Cody, a Spanish learner. Their combined perspective makes sure that all bases are covered. What a Spanish speaker may think is unimportant to explain, a Spanish learner can identify as difficult for English speakers. The best part about this YouTube channel is that the subjects are genuinely interesting and far from commonplace.

For example, in one video they talk to the chef at a cafe/restaurant in Bogota, who explains the food of Colombia. When the native speaker speaks quickly there are subtitles in Spanish and a little bit in English too. Also, the host repeats some things, summarizing within the conversation what the chef has said. At the end, there is a very fun and challenging quiz that takes quotes from the chef, so you can make sure you learn everything! 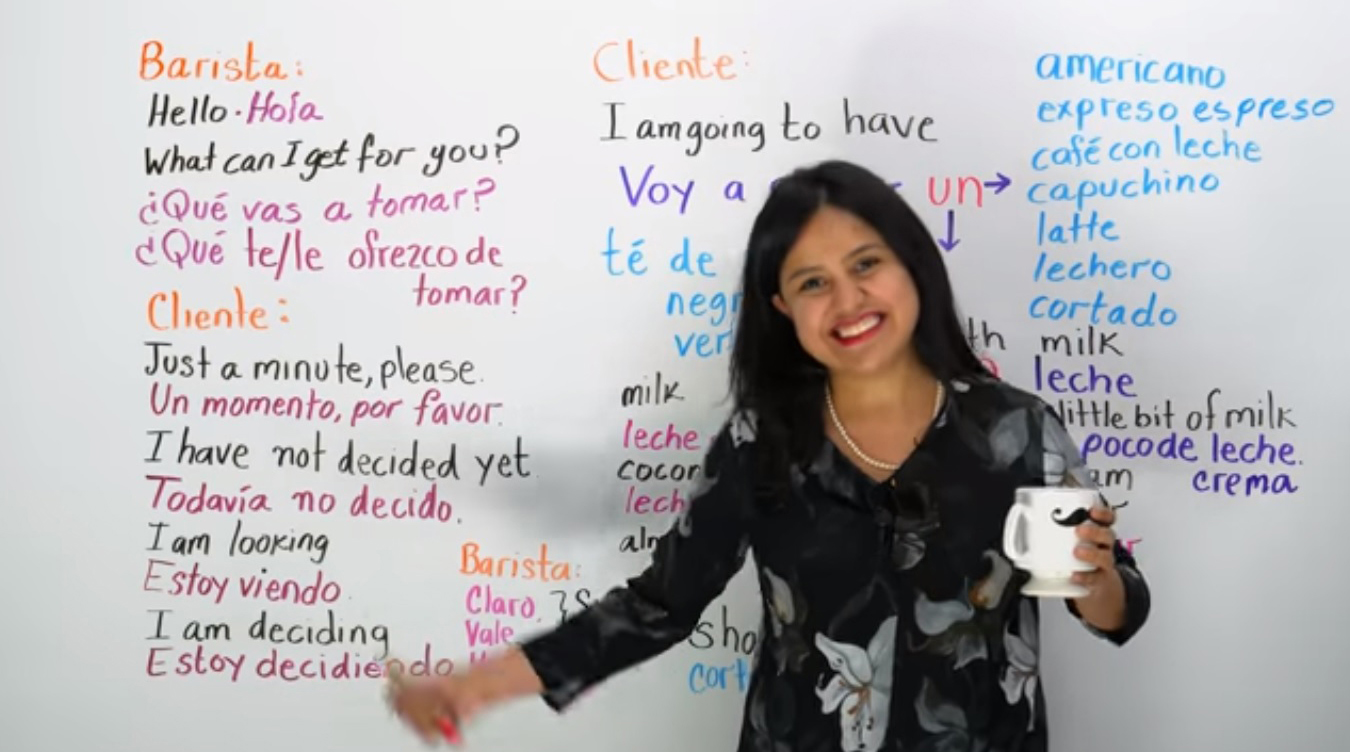 Usually Youtube channels with teachers in front of a whiteboard aren't as fun as those with a more dynamic form. The host of Butterfly Spanish though, entertains with her emphatic explanations and creative examples. Her accent is neutral and easy to understand, newcomers to the Spanish language will find many helpful videos on this YouTube channel. She does speak quite a bit in English, but usually she covers important topics in a traditional, yet interesting way.

To be a top YouTube channel for Spanish learning, the videos must exhibit excellent production quality. Many similar YouTube channels to Butterfly Spanish have annoying, tinny sound and poorer resolution. Conversely, those that want to impress with their visuals often have too much glamour and not enough content. Butterfly Spanish is definitely a great free resource to learn Spanish because of its balance of great quality of video and information. 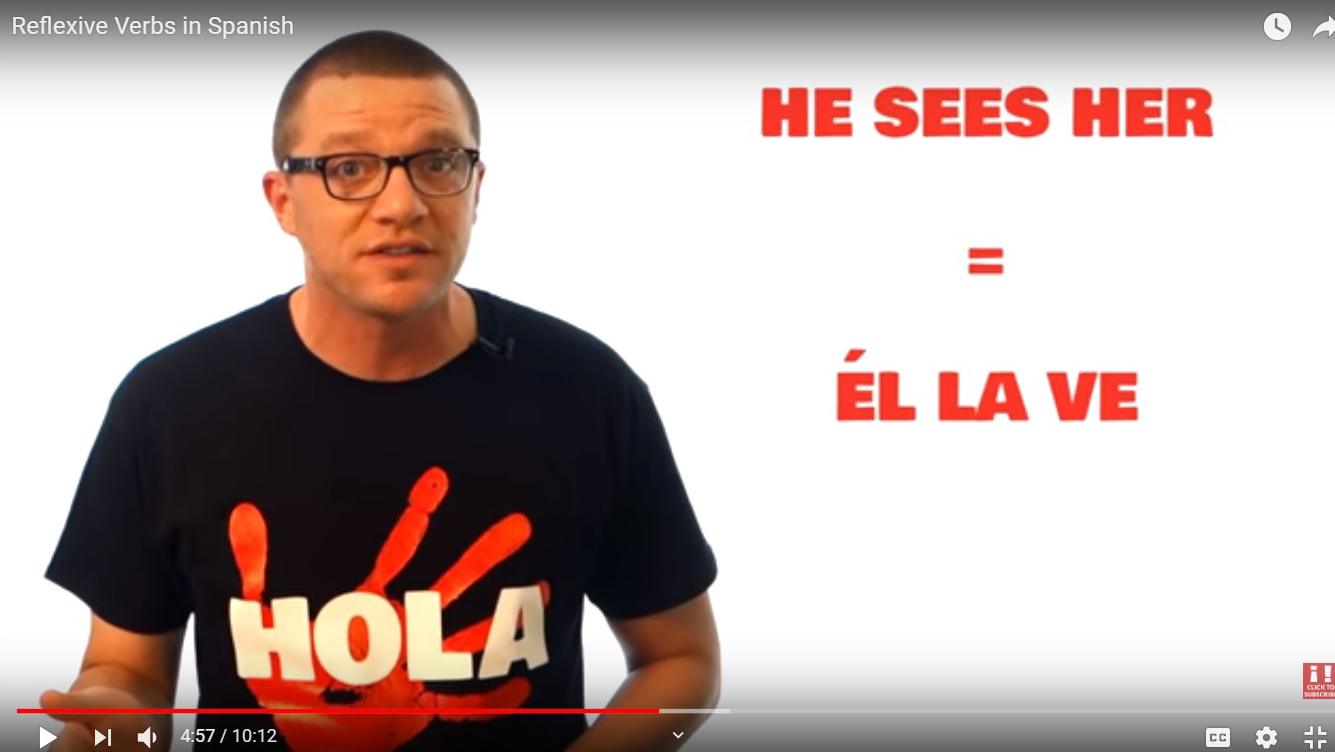 If you want some pretty good sarcastic humor mixed into a wealth of grammatical information, look no further than The Spanish Dude. He has a really great quick pace and always provides a lot of examples to back up his personal theories and experiences with the Spanish language.

Specific eccentricities of Spanish (when compared to English) are discussed in great detail, such as the three main meanings of the Spanish verb "dejar". If you want to learn Spanish for free on YouTube, this channel is one of your top choices because of its creativity and density of information. 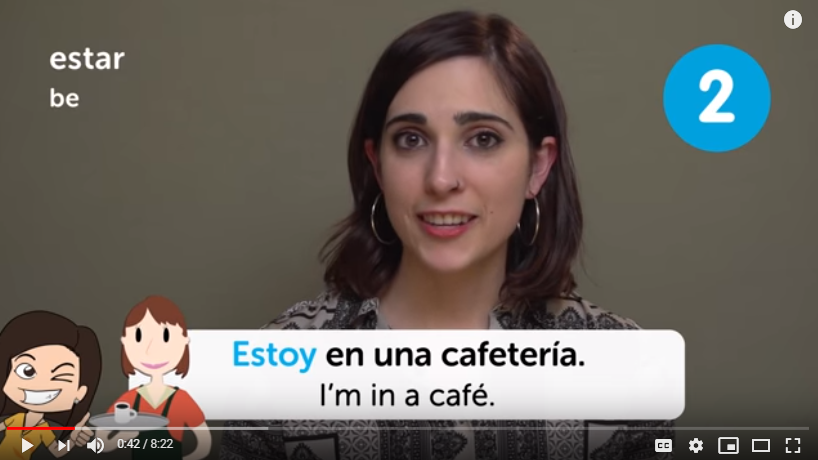 This is also one of its drawbacks, as the videos do not seem to fit together in a coherent lesson plan. That's why it's better to focus on their specific series. If you are a little past beginner level, the "Top 25" videos on SpanishPod101 talk about common vocabulary, yet use interesting practical examples that go beyond the cliché. 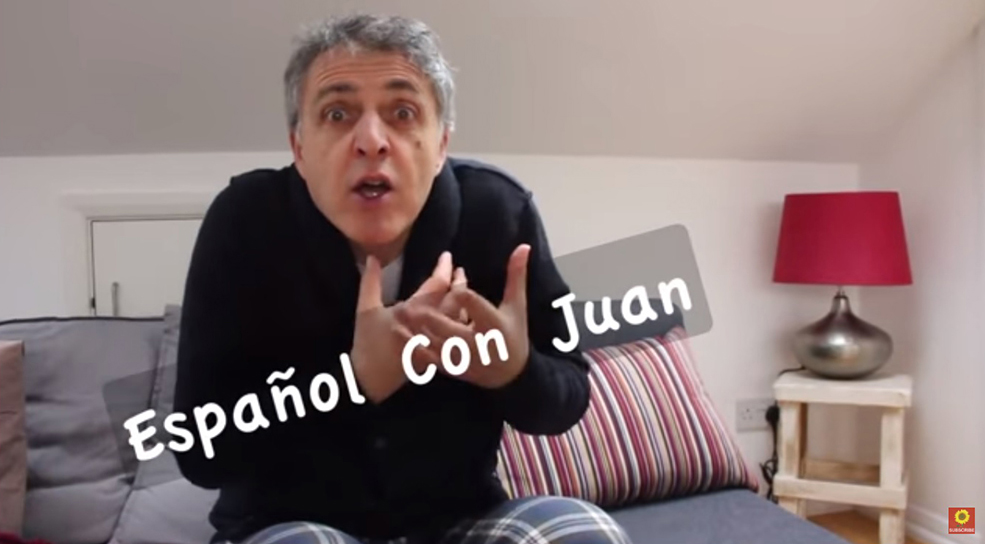 One of the top YouTube channels to learn Spanish for free is definitely Español con Juan. The sub-heading below the title of his channel says, "Vídeos en Español Para Aprender Español" (Videos in Spanish, to Learn Spanish). His philosophy is that one should listen and understand what they can without trying too hard or forcing anything.

His storytelling is exciting and told in a very typical Spanish fashion full of passion. He uses descriptive words, a good mix of vocab, and often repeats sentences so even those less familiar with Spanish can understand at least a part of his story. It may sound fast, but believe it or not, he is actually speaking very slowly compared to the usual pace of Spanish speakers (especially from Spain). This is a great YouTube channel for those who want to emulate an immersive experience with Spanish, instead of hearing a bunch of grammar explained in English. 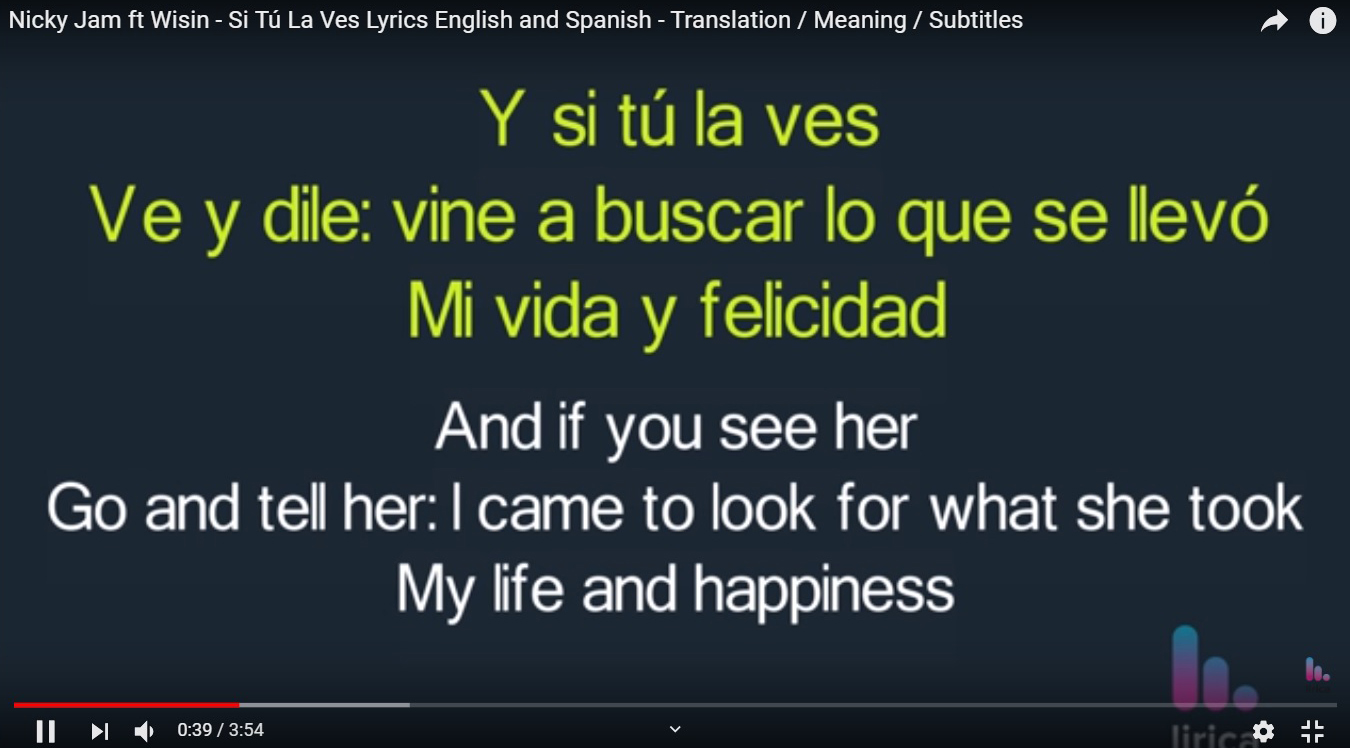 Lirica is also a language learning app, although their YouTube channel is just as effective for learning Spanish and having fun at the same time. There are many modern songs by numerous artists, all of which display the lyrics in both English and Spanish. Although it may not be your favorite style of music, the choices on this top YouTube channel really represent what kind of tunes are popular in the Spanish-speaking world. Thus, you will not only get a Spanish language lesson, but a cultural one too! 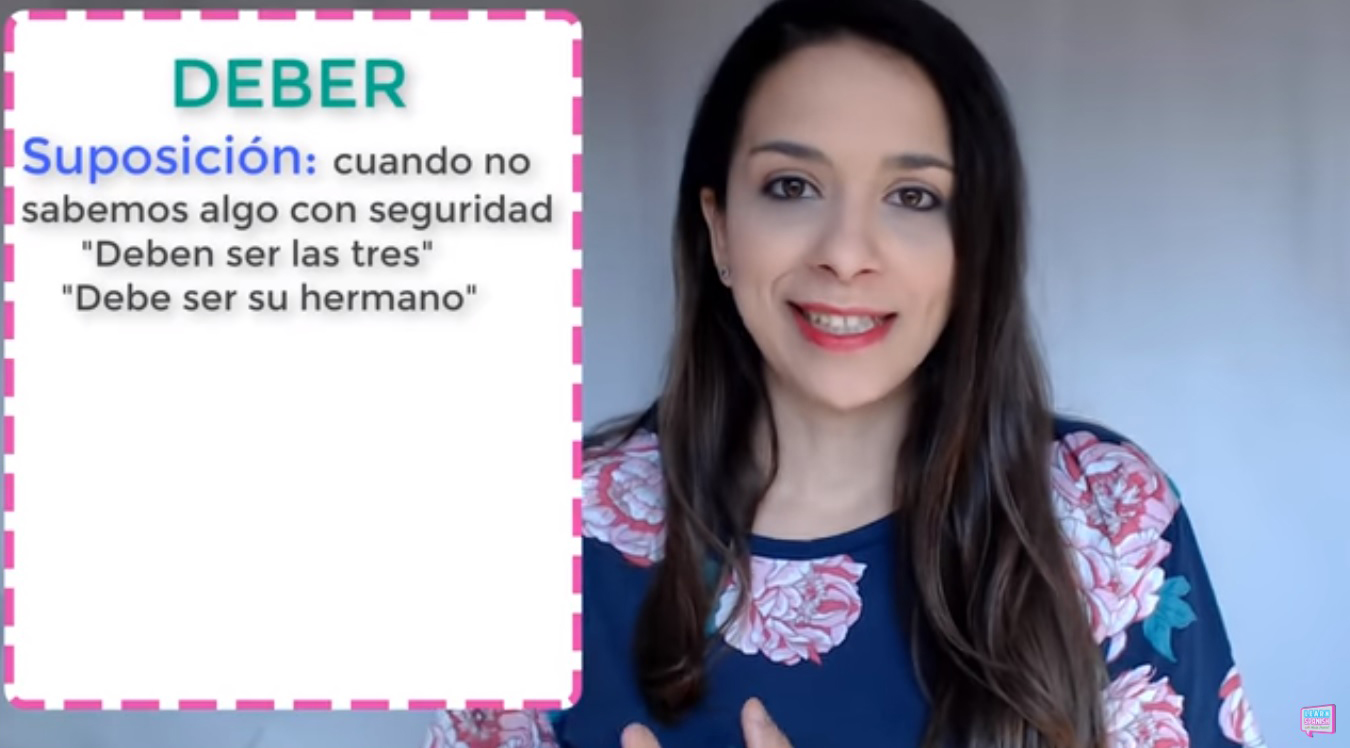 On the top YouTube channel Maria Español, you will find extremely professional discourse at a variety of levels. Some videos are in the form of live recorded lessons, so you can learn Spanish in a class format, except for free!
Even more useful perhaps are her videos for intermediate and advanced Spanish learners. They really fill a need that other top Spanish YouTube channels do not fulfill. This is the need for material that is far from beginner, yet not boring grammar explanations or simply Spanish people speaking amongst each other. She speaks directly to the intermediate or advanced Spanish learner about the practical uses of different verbs, intricacies of different dialects, and pronunciation tips. 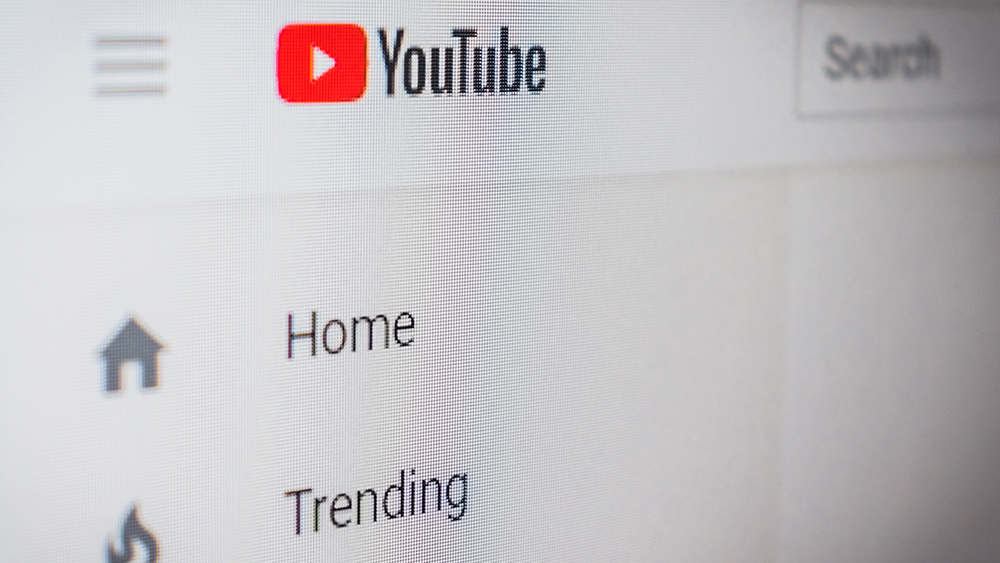 Learn Spanish for Free with YouTube Channels, But Stay Disciplined!

So now that you can see all the amazing free options these top Spanish YouTube channels provide, let's touch for a minute on the dangers of YouTube. Few Spanish learners actively watch YouTube, but instead just sit passively and think they will remember everything. Your Spanish learning can still be fun though, even if you add in some more traditional elements of studying.

Try making flashcards based off of the vocabulary in the videos or repeating after the host to practice your pronunciation. You can also use the free language learning app Speechling in addition to watching videos. It's a good idea to hear the free feedback this platform provides to check how well your YouTube education has helped you learn Spanish. Have fun, but always try to use repetition and variety in your daily dose of Spanish learning!