Over the years, language researchers and polyglots, people who speak multiple languages, have discovered techniques to learn languages quickly and efficiently. These aren’t the boring, old techniques you used in school – poring through grammar books and doing dozens of verb conjugations. Instead, they make language learning fun and fast.

I’m going to share some of those techniques with you to help you start speaking Brazilian Portuguese in two weeks or less.

Your learning journey will be fast-paced and intense. But if you’re up for the challenge, in two weeks or less, you can confidently start having conversations in Brazilian Portuguese. 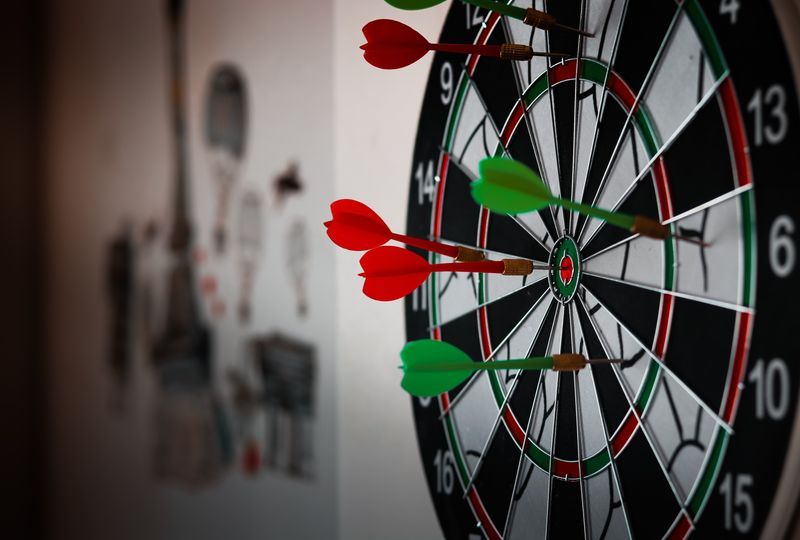 Learning to speak a language fast is about making the right plan, using the right tools, and avoiding specific, easy-to-make mistakes. Here’s what you need to know to give yourself the greatest chance of success.

What actions you take should depend entirely on what you’re trying to accomplish. If you don’t set your priorities from the beginning, you can waste a lot of time learning things that aren’t relevant to you.

Are you planning a trip to Porto Alegre or Rio de Janeiro? Focus on the words that help you get around, buy groceries, ask where’s the bathroom, and order at a restaurant.

Do you work a job with lots of Brazilian customers? Learn how to say the words you use at work every day, but in Brazilian Portuguese.

Want to connect with your Brazilian friends or relatives? Focus on learning to talk about your life and how to ask about theirs.

In addition, be prepared to learn for several hours a day. Imagine you’re at a language learning retreat where your sole purpose is learning to speak Brazilian Portuguese.

Also, try different techniques to see which work best and which are most fun for you. When you get tired of a language learning technique you’re using, switch to a different one. Finally, take breaks as needed and give yourself rewards. That will help you avoid burnout and make language learning more enjoyable. 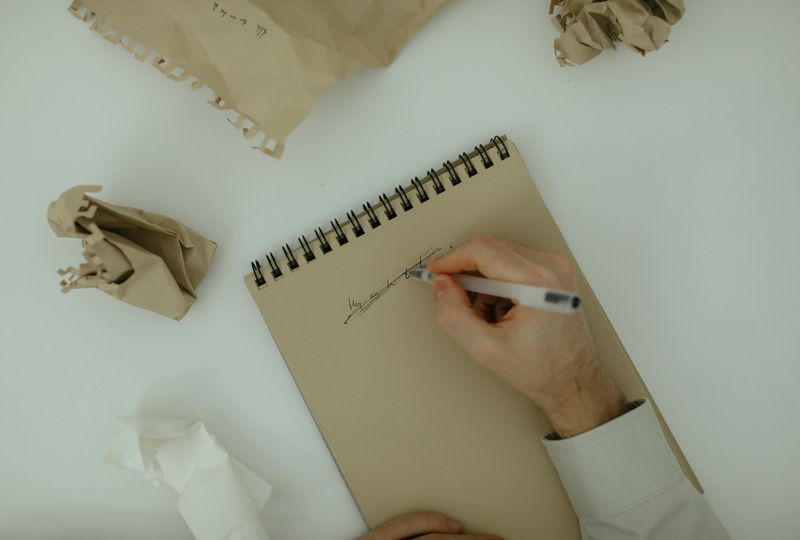 Embracing mistakes is essential if you want to learn to speak Brazilian Portuguese in just two weeks.

Many beginning language learners refuse to make mistakes. After all, nobody wants to look foolish. However, being closed off to mistakes stifles your progress. It holds you back from practicing and making big progress in a short amount of time.

The thing is, mistakes are inevitable. Remember that every mistake is a step forward. It’s an opportunity to learn. And the great thing is, you learn faster when you’re willing to make mistakes.

Popular language learning apps like DuoLingo and Babbel are a fantastic way to learn the basics of a language.

These apps teach you useful everyday words and phrases, proper pronunciation, and basic grammar. They combine audio, visuals, and text to help the lessons stick in your mind. They also gamify the learning process, making learning fun and easy.

A unique apps on the language learning market is Speechling, which is focusing on how to speak language better using both technologies and human native sepaker coaches. Coaches will listen to each of your recorded audio and give them personalized feedback. This platform will help language learners to pay attention to pronunucation when they just started to learn a new language so that they will develop less foreign accent.

Language learning apps are especially useful for people who want to use Brazilian Portuguese for travel or to interact with friends and family. 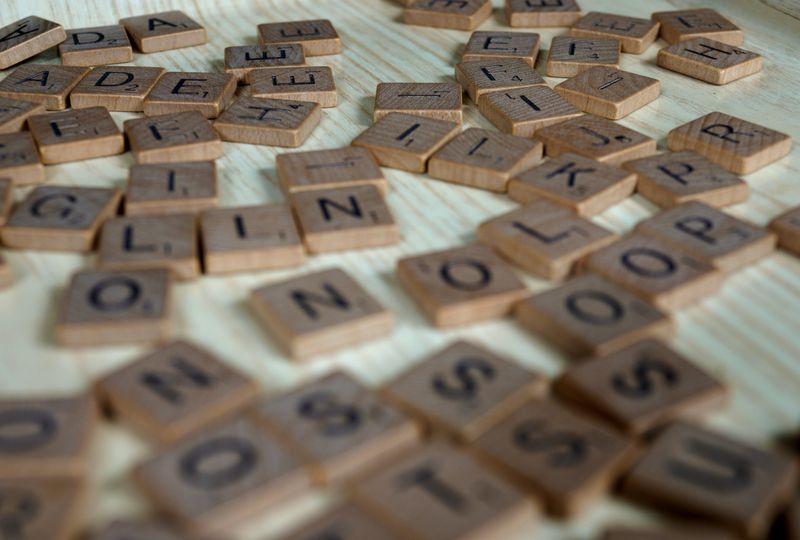 The more words you know, the better you can communicate, and the better you’ll understand what others say. That’s why expanding your vocabulary is crucial.

There are many ways to learn new words.

Flashcards are a classic method. Write the Brazilian Portuguese word or phrase on one side of the card and the English translation on the other. Then, periodically quiz yourself until you have memorized the word. You can even create digital flashcards with text, pictures, and audio.

Focus on words and phrases that are most useful to you. The phrases that are important to know for your job aren’t the same as for travel or talking with friends. So, make your own vocabulary learning lists, including the responses that your conversation partners are likely to say.

For a beginner, conjugating verbs and studying complex grammar tenses can be boring and frustrating. It’s also completely unnecessary. Here’s why.

The human brain is a pattern recognizing machine. Grammar is simply the patterns of how a language is used. Through lots of exposure to a language, our brains naturally recognize how the patterns of the language work. That’s how all of us learned to speak our native languages perfectly without a single formal grammar lesson.

Even with foreign languages, you pick up grammar automatically. For example, when you start learning Portuguese, your brain quickly deduces that the adjective comes after the noun. So, Brazilians say “sapatos vermelhos”, not “vermelhos sapatos”. In English, it’s exactly the opposite: “red shoes”, not “shoes red”.

At first, it’s better to just be able to communicate, even imperfectly. For example, instead of saying “Where is the train station?”, you can say “Where train?” Your speech partner will know what you mean. Later, you will improve your grammar as you learn more.

Don’t slow your progress by focusing on grammar lessons. Your time is better spent learning other parts of Brazilian Portuguese. 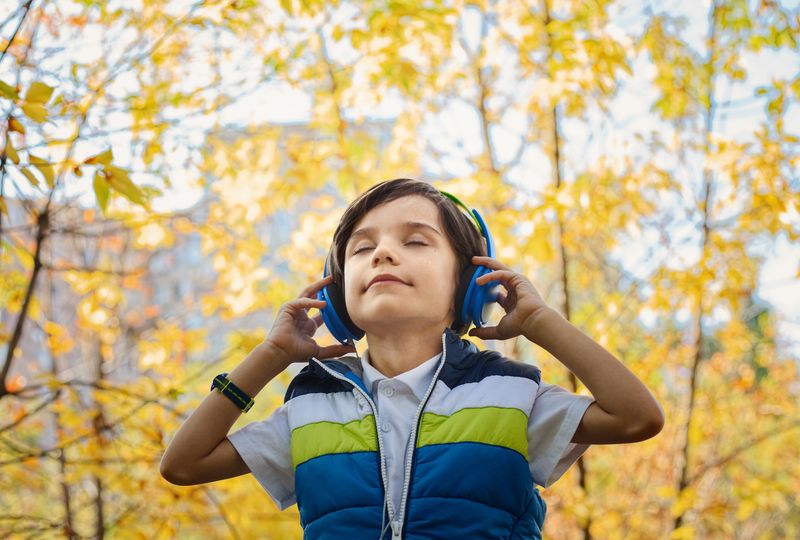 6. Listen and Repeat When You Learn Portuguese

Listening helps attune your ears to the sounds of Brazilian Portuguese, so you’ll recognize words easier. Repeating what you hear helps you develop a native speaker’s accent.

You can listen to the sounds of the language many different ways. Listen to Brazilian music, watch Brazilian Portuguese TV shows on Netflix, and listen to podcasts on Spotify or audiobooks on Audible.

A great time to listen is when you’re running errands or doing chores around the house. It’s extra practice without feeling like hard work.

While you’re listening, try to mimic what you hear. Pay attention to the subtle nuances of the sounds and try to copy the accent, intonation, and rhythm of the words and phrases. Keep practicing the words until they sound like what you hear. If you want direct feedback on your pronunciation from a language coach, try Speechling’s premium service.

If you get stuck pronouncing a word, don’t stress it. Just move on. Later, as your ear becomes more attuned and your accent develops, sounds that were difficult before will become easier. 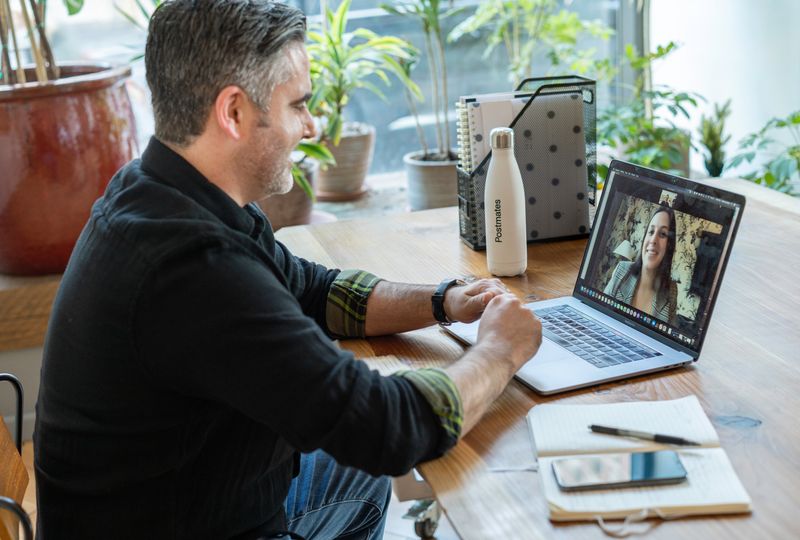 Practice conversations early, even if you don’t feel ready. It helps you recognize and understand what your conversation partner is saying. It also exposes your weak points so you can improve them. And most importantly, it builds your confidence, so you see learning as enjoyable and rewarding instead of scary.

If you already have somebody in your life that you can speak Brazilian Portuguese with, use that resource. If you don’t, there are a couple other great ways to make it happen.

The first is getting a private language tutor.

Private tutors are great for getting speech practice, helping you create sentences and words to learn that are most relevant to you, and explaining perplexing parts of the language. For me, that was understanding the word "mesmo", which has so many subtle shades of meaning and is impossible to translate perfectly into one English word.

It’s common for students to spend years learning a second language in school and then not be able to hold basic conversations in it. That’s because they don’t practice enough outside their orderly classroom. Don’t be like them. Practice your Brazilian Portuguese early and often.

Immersion is about surrounding yourself with the language so you have as many opportunities as possible to learn it.

The deepest immersion is being in Brazil and being forced to speak the language. However, you can get many of the benefits of immersion without buying a ticket to Brasilia, São Paulo, or Curitiba.

Basically, you want to find small ways to add the language to your life. Anything you normally do in your life, ask yourself if you can do a Brazilian Portuguese version of it.

For example, if you want to learn how to say the names of various furniture and other things around your house, put sticky notes on them with the Portuguese word written on the sticky note. Your coffee cup would be labeled “xícara de café”, your wall would be “pared”.

If you feel bold, change the language in your phone to Brazilian Portuguese.
You can also follow Brazilians on social media or join Brazilian Facebook groups that discuss topics you find interesting, like language learning, literature, or even dating.

Want to relax and learn at the same time? Watch Brazilian films with subtitles on. If you play videogames, change the language to Brazilian Portuguese. You can also watch your favorite movies dubbed in Brazilian Portuguese. That way, you already know the dialogue so you’ll quickly learn new words and even pick up grammar. 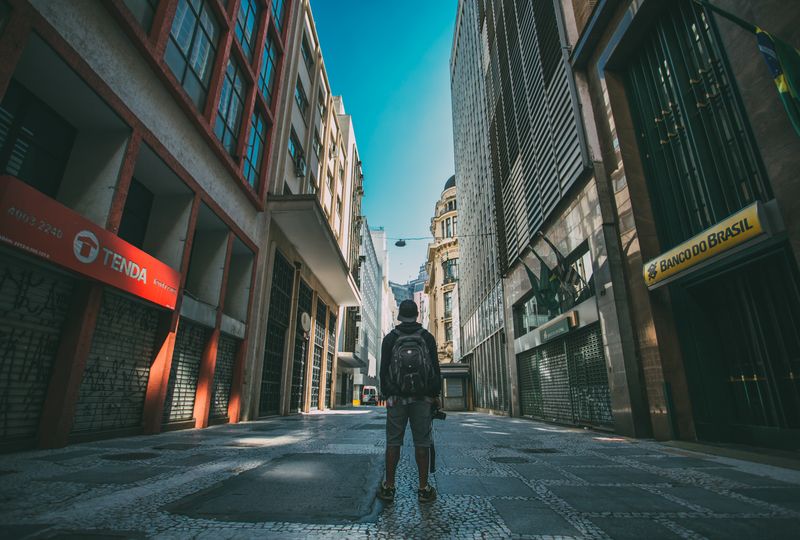 Now you know what it takes to learn to start speaking Brazilian Portuguese in two weeks or less. To review, here are the eight key principles.

At the end of those two weeks, you will be able to say basic words and sentences. You’ll be able to express yourself in situations that are most relevant to you – work, travel, family, or friends. You will understand some of your conversation partner’s responses, especially important ones that help you progress the conversation. And you will sound much closer to a native instead of a “gringo”.

However, the biggest benefit of learning to speak a language is the confidence you gain. Be proud of yourself. You’ve done something many would-be language learners never do. Plus, you’ve jump-started your language learning journey in a big way.

I wish you the best on the rest of your journey. Boa sorte!