The death day is coming soon! As a Spanish language learner, have you planned to step up your vocabulary in order to prepare? How about giving describing these scary images a try, or else...

What Is The Day of The Dead?

The ancient Aztec culture had a tradition of honoring the dead dating back thousands of years, along with the symbol of the skull serving a ritualistic importance. In those times, and up until the arrival of Spanish conquistadors in the 15th century, this holiday was actually celebrated the whole month of August.

After Spanish colonialization, many things in Mexico and all of Latin America changed, The Day of The Dead included. In Spain they celebrate All Saints' Day and All Souls' Day, where there are many traditions of honoring the dead, such as cleaning the gravestones of beloved ones. The main day is Novemeber 1st, which is a public holiday, although the whole holiday is technically from October 31st until November 2nd.

The old traditions of Día de Muertos in Mexico, The Day of The Dead, were moved to the same days and melded with the new Christian beliefs, the principal day being November 2nd. However, no one can dispute that the Mexican celebration of The Day of The Dead is the more colorful and iconic of the two festivities. Halloween is also a mixture of traditions, the old Celtic and the Christian, thus presenting many similarities with The Day of The Dead. 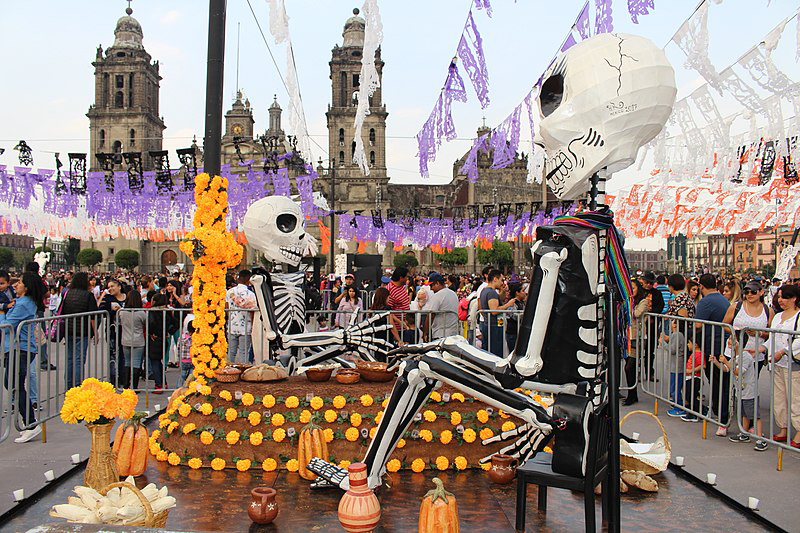 How Do Mexicans Celebrate The Day of The Dead?

Here are some key parts of the celebration in Spanish, followed by their translation and meaning. 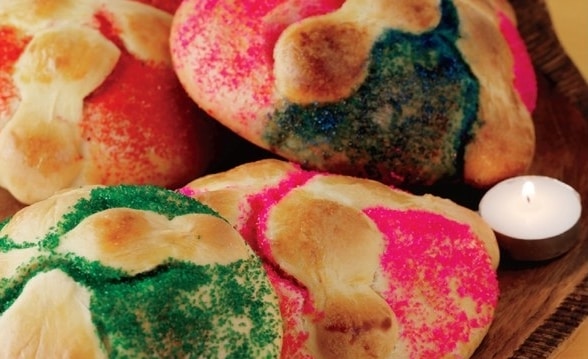 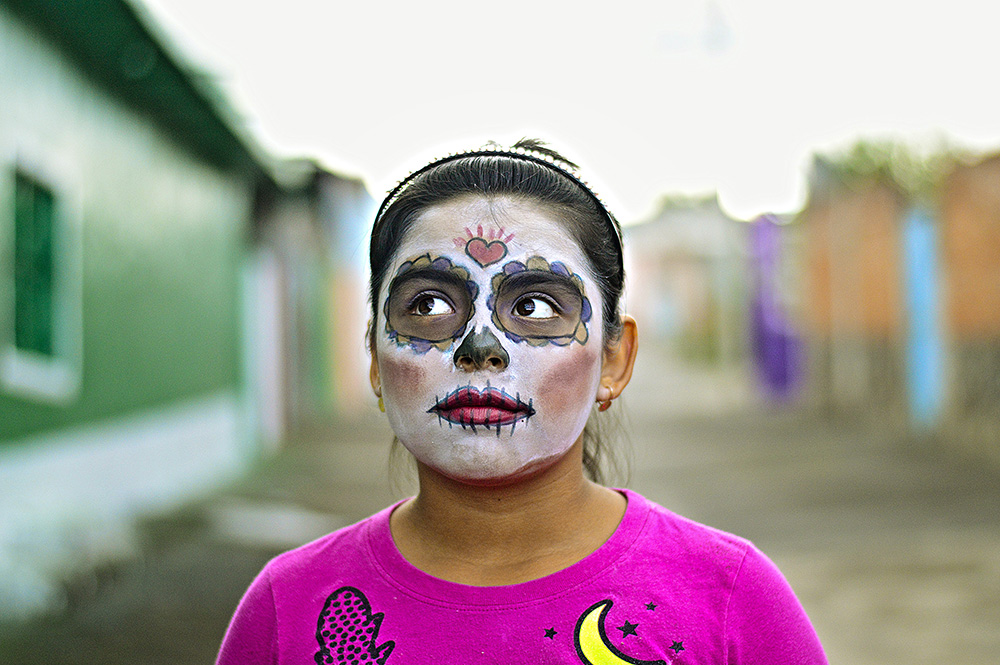 Try to Describe These Photos in Spanish

The Day of the Dead is an eye-catching spectacle and a huge photo opportunity. On many different Spanish tests you may have to describe a photo, so let's try to give a half minute description of each of these spooky photos in Spanish. Focus on using a vocabulary word from above. An example of a good description follows each photo, but try yourself first without looking! 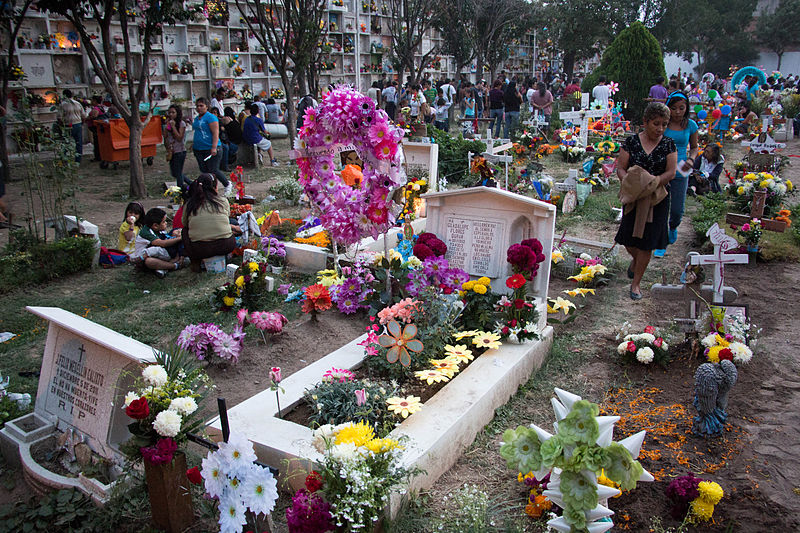 The photo shows us a cemetery during the daytime. The graves are decorated with many flowers. Families walk around the graves, including a big group in the background. The woman that is seen on the right side of the photo looks at the group and seems to be deeply thinking. There is a melancholic feeling in the air, while the people remember the deceased. 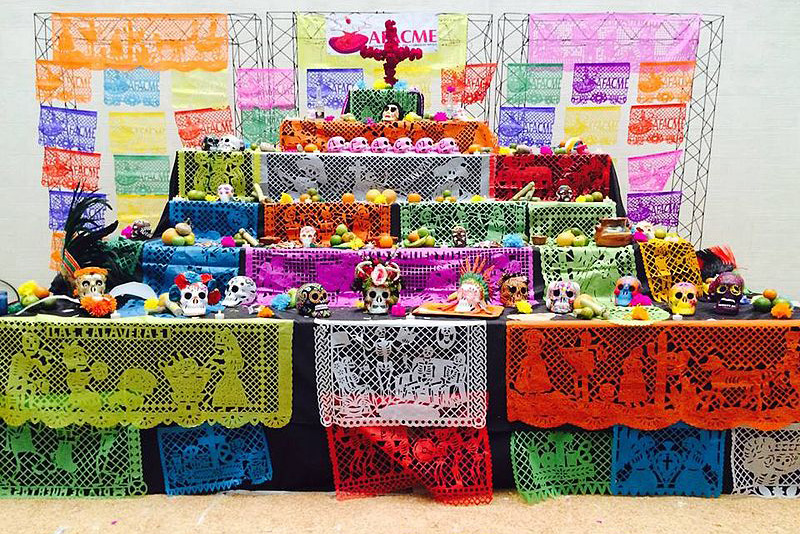 This is an altar for the souls that come back from the great beyond to visit their family. On top, there is a cross. Skulls of many sizes fill the three shelves below. The photo is highlighted by many bright colors, one can tell that it is from the country of Mexico. There are also many balls, probably fruits, that serve as Day of The Dead offerings. The way that all of the objects were arranged shows that someone carefully thought about the creation of this altar. 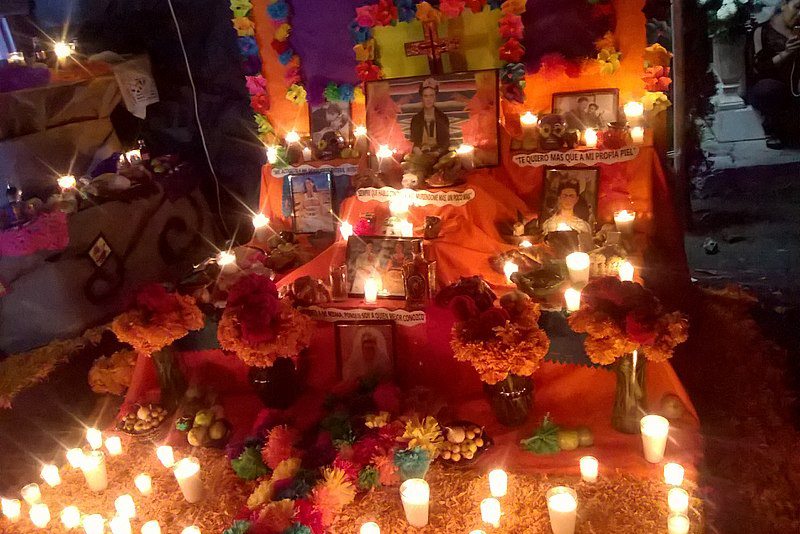 If you had some trouble speaking for 30 seconds straight, try the Speechling "Describe the Image Mode", which aims for more concise recordings and you will get feedback from a real language coach afterwards as well! I find it very addictive, which is a good thing, because repetition is of utmost importance for language learning.

All you have to do log-in to Speechling and click "Study" in the menu bar. The two drop-down menus below the study screen allow you to select your language and method, choose Spanish in the first menu and scroll down to the "Speechling Conversations" portion of the second menu, where you will find the "Describe The Image" mode. 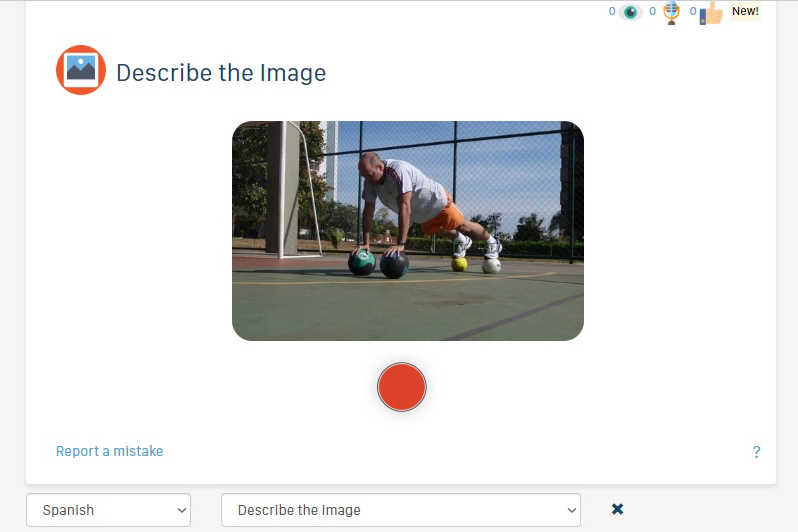 The first screen you will see is a photo and a big red button. Click the red record button and speak into the microphone on your computer, describing in a couple sentences what is depicted. 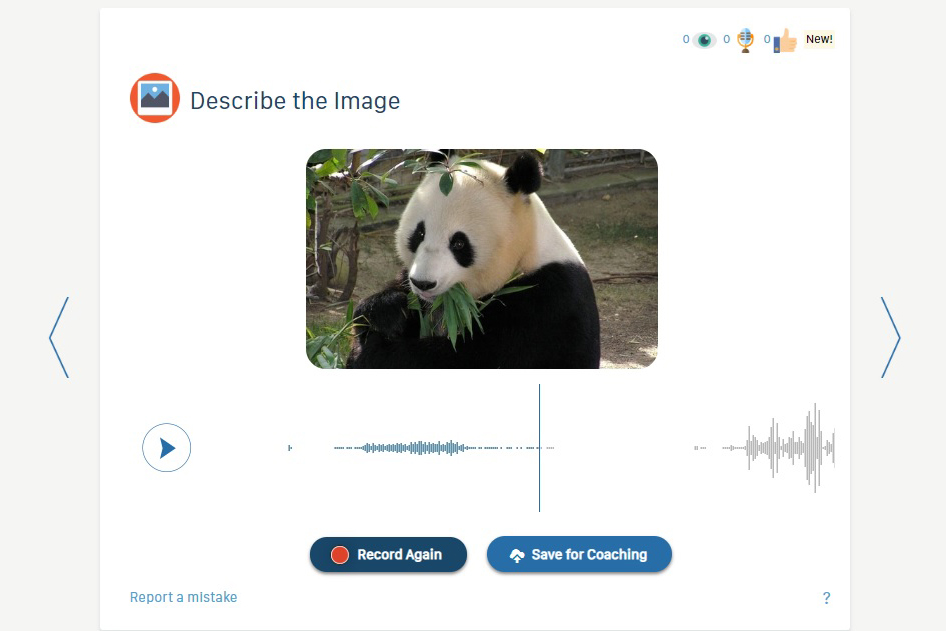 After that, you can review your recording, change it if you don't think it is a good example of what you can do. If it is representative of your skills, or a really good recording, good job! Send it to an expert for feedback, click "Save for Coaching". I personally think this mode is a great way to break up what can sometimes be a monotonous day of language learning by adding a bit of color. Describing a picture is universally accepted as a great way to practice and that's exactly why it is included on so many standardized Spanish exams.

To learn a language you need to use a wide variety of activities that target different skills. If you find yourself asking, "What is The Day of The Dead?", or some other question that has to do with a Spanish speaking culture, use that interest to fuel your language learning. Learning a language is easier if you study from materials that interest you.