Learning a language isn't all about picking up vocabulary and being able to construct grammatically correct sentences. There's a whole other side to language which is too often forgotten. That side is culture.

TV shows and movies can be two of the best means by which to access that culture, if you are not in China nor are close to anyone who is Chinese. Whilst the production values may be lower (since most international blockbusters are from the States), and some of the stories very different to you, there's a lot to learn from them.

Here is a list of the best Chinese TV shows out there, for anyone who wants to learn more than just vocabulary. These shows are great for learning about Chinese culture and finding cultural references, to help you along your Mandarin learning journey. 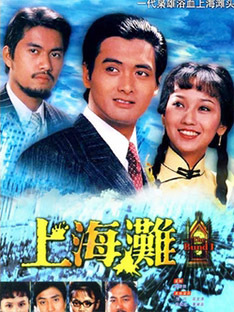 The breakout role of a young Chow Yun-fat, Shanghai Beach is set during 1920s China where civil strife is rampant. Hui Man-keung has just been let out of prison following a three-year sentence for participating in the May Fourth student protests. Aiming to get his life back on track, he ends up embroiled in Shanghai’s underground. He falls in love, is betrayed, and betrays others.

At the center of Shanghai Beach are questions as to what being a patriot means, and when it’s important to put your country before yourself. It is definitely worth watching, and wills starting giving you an understanding of Chinese nationalism. 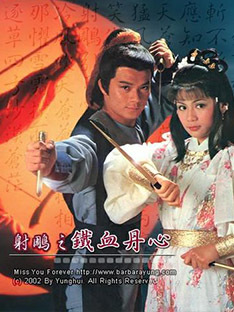 Legend of the Condor Heroes

One of China’s true classics, and who doesn't love Kung-fu? The Legend of the Condor Heroes follows two sons, Guo Jing and Yang Kang, as they navigate their way through the end of Song dynasty China using their kung-fu skills and mental prowess.

This is a great show for anyone learning Chinese. Harder dialogue sections are interspersed with action and fight scenes. There have been many adaptations, yet this is largely believed to be the best and most 'official'. Expect to see love, betrayal, loyalty and Genghis Khan: a winning combination, if I've ever seen one.

Best Quote: 侠之大者，为国为民。 Xiá zhī dà zhě, wèi guó wèi mín
Real heroes are those who fight for their own people and their own country. 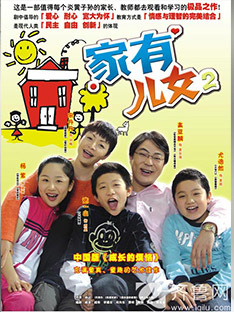 If you're interested in Chinese family dynamics, this is one of the best shows out there. Home with Kids started airing back in 2005 and tells the story of a mixed family and their daily trials and tribulations.

The issues dealt with in the show are both serious and important. From the difficulty of school, to self-esteem and trying to raise children in a competitive environment, a lot of the themes are universal but they definitely have a Chinese twist. 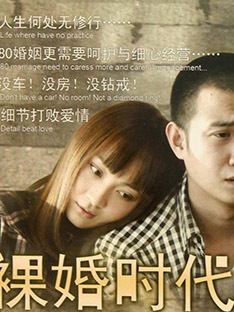 Chinese values when it comes to reconciling love and marriage have long been a serious flashpoint in the country. The question is whether to marry someone with money or someone who you love. Naked wedding encapsulates this dilemma perfectly.

Head to Jiangzhou City, where Liu Yiyang and Tong Jiaqian have fallen in love. After Tong Jiaqian became pregnant though, the two realized they have to get married. With no money and no plan for the future, the two enter into what is called a ‘naked marriage’, and rent (not buy) their first apartment. To make matters worse, Liu’s grandparents decide to move in.

As a pretty typical Chinese romance drama, you can expect plenty of ups and downs, a couple of surprises, and more than a few twists. Find out if everything works out for the couple, or if their marriage can’t stand up to modern day expectations. This is a modern show, and truly a riveting and emotional ride.

Best Quote: 我没车，没钱，没房，没钻戒，但我有一颗陪你到老的心。Wǒ méi chē, méi qián, méi fáng, méi zuànjiè, dàn wǒ yǒuyī kē péi nǐ dào lǎo de xīn
I have no car, no money, no house, no diamond ring, but I have a heart which will stay with you until old age. 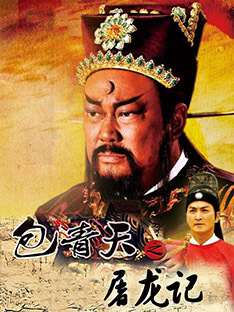 Without a doubt, this is one of the most famous Chinese TV shows to have ever aired. In the show, Bao Qing Tian is a governor from the Song dynasty who helped the poor and downtrodden, to not be stepped on by those above them.

The show embodies the Chinese values of equality and justice. Through helping those who need him, Bao Qing Tian helps to create a society in which people are given hope and a brighter future. Moreover, with the show having been seen by most Chinese people, it can be a great conversation starter.

Next time you are feeling the urge to throw on Netflix and Hulu, and binge, turn to any of these shows and settle in for the evening. While at first you might be overwhelmed by the rate of speech, you will realize how much you can follow the story-lines, and your ability to catch the nuisances will increase over time. These shows will give you a fun introduction into Chinese culture, while simultaneously increasing your knowledge of the Chinese language.