Spain and Spanish culture are often associated with these concepts.

Rarely would anyone think of Spain as a go-to source for horror films to keep you up at night and haunt your dreams! Spanish movie for Halloween? Sounds strange. However...

Spanish horror movies have a special kind of feel to them, often involving social critique as well as topics we can relate to, such as family trouble, the pursuit of happiness and peace, survival, and the need for a connection with others.

From gore to psychological horror, you will find a wide spectrum of options when it comes to Spanish horror entertainment.

But first, here are some ways you can learn Spanish by watching movies:

Ready for a night of palomitas (popcorn) and creepy vibes? 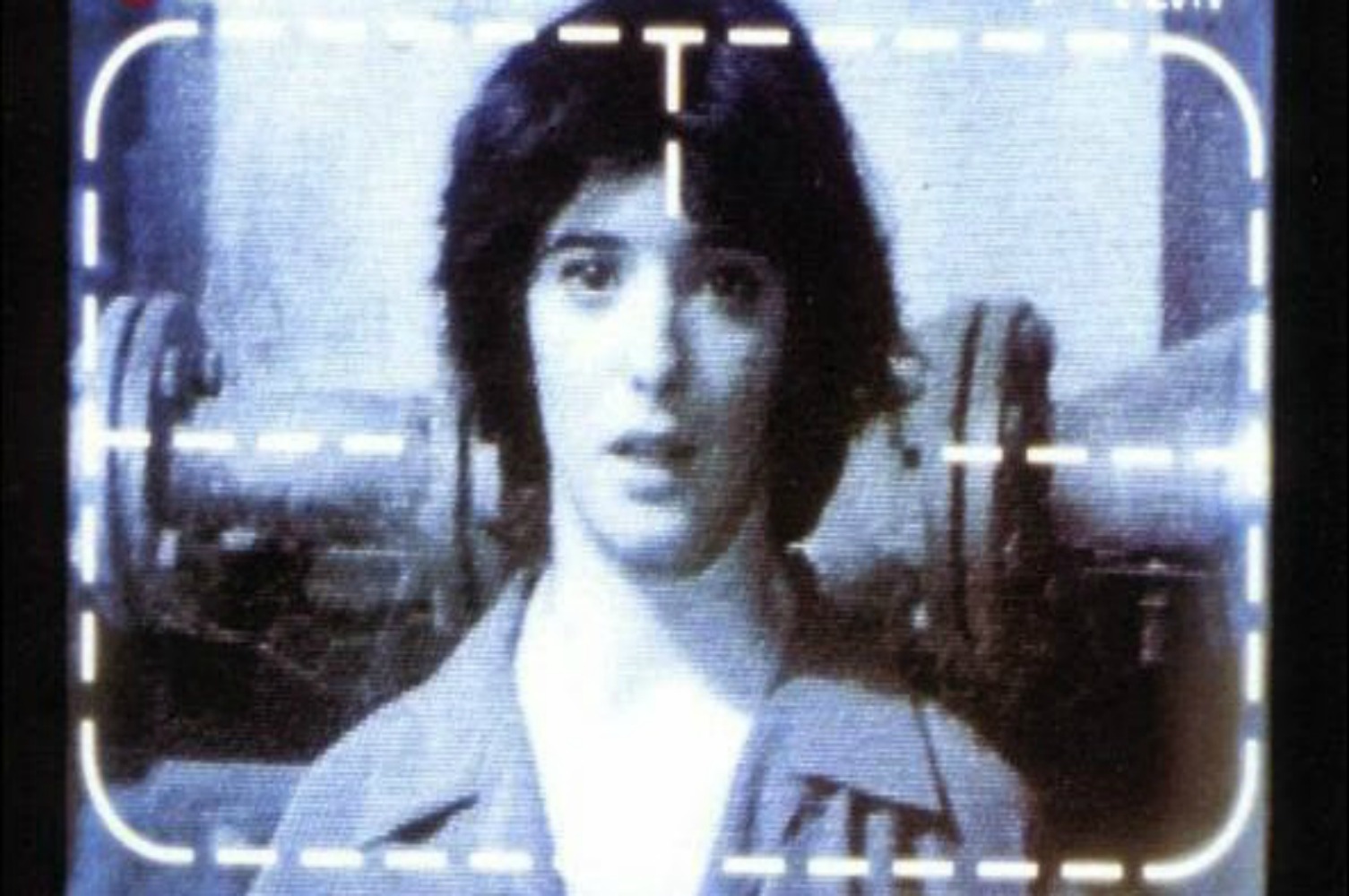 This movie by Alejandro Amenábar tells the story of a Spanish student, Ángela, who is writing her dissertation in Film Studies. Curious about the connection between violence and video, she accidentally begins her own independent investigation on snuff films, getting deeper and deeper into the world of violence for show.

If you are into gore and explicit imagery but also a healthy amount of suspense, critique and social analysis all at once, you are sure to enjoy this movie.

And if general opinion revolves around the idea that horror movies represent low quality entertainment, know that "Tesis" has won several awards, including the Goya Award for Best Movie, Best Original Script and Best New Director. 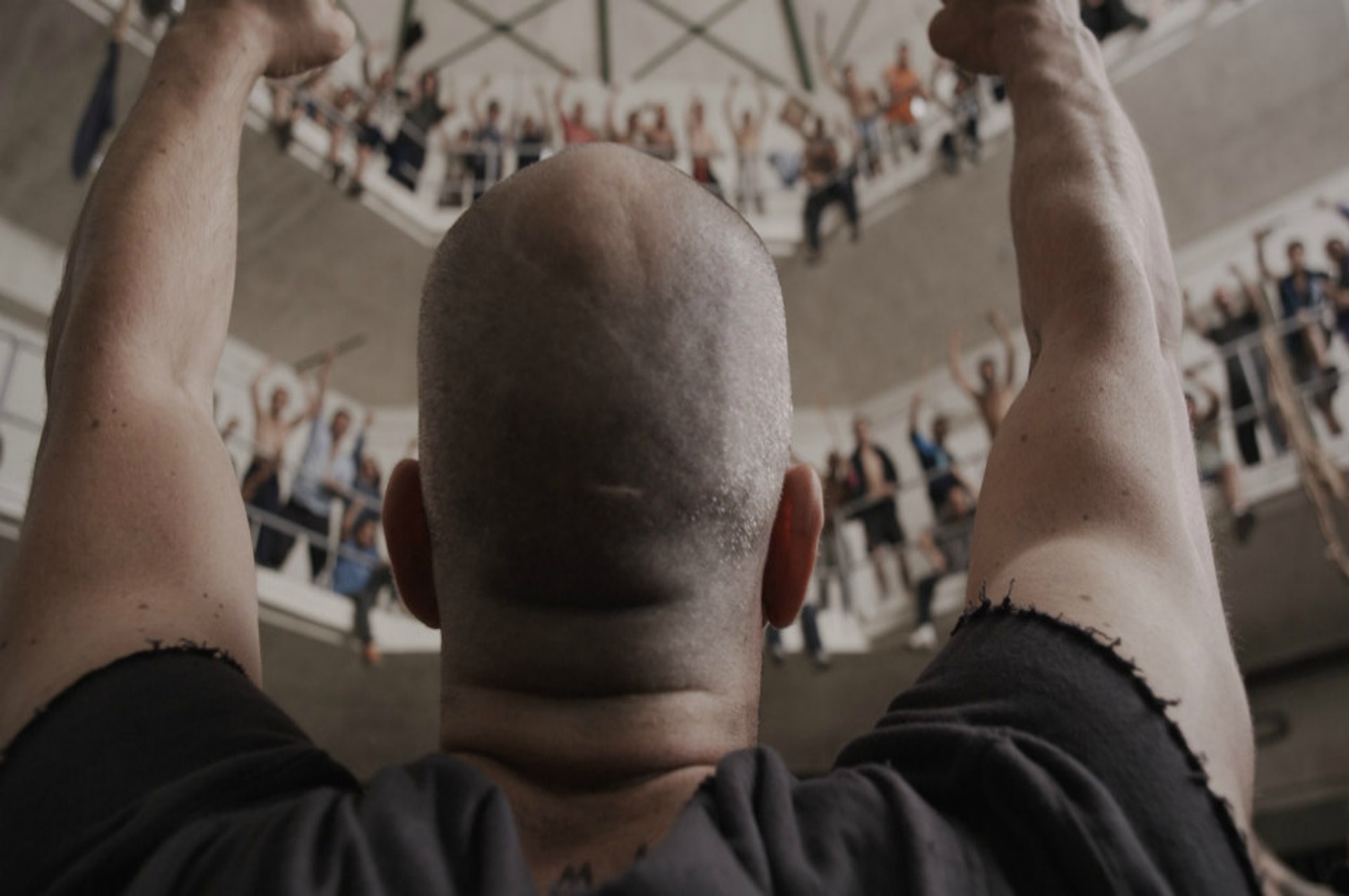 While this movie is not exactly a stereotypical horror movie with jump scares, ghosts or very explicit gore imagery, it is a renown thriller and prison film with a variety of twists and turns.

Directed by Daniel Monzón, it tells the story of a young guard, Juan Oliver, who is unexpectedly trapped in a prison riot. As convicts break free and violence starts to spread, Juan decides the only way to survive is to pose as a prisoner himself and try to earn the respect and friendship of the inmates. Juan ends up developing an intriguing connection with intimidating Malamadre, one of the prison's most popular inmates.

Winner of eight Goya Awards, including Best Picture, this movie will offer just the right amount of emotion, dark humor, tension and discomfort.

Even more satisfying is the fact that Spanish horror movies will necessarily include several social and political subtleties all Spanish viewers would understand, but most foreigners wouldn't.

For example, in this movie, the social issue of ETA prisoners as well as the political conflict with the Basque community play a relevant role. If you would like to practice some reading in Spanish, make sure you check this lengthy review of "Celda 211"!

"A veces la vida te la mete que ni te das cuenta." ("Sometimes life will mess you up in a way you won't even realize.")

"Que te quede muy claro, de Malamadre no se ríe ni Dios." ("Let this be clear: nobody laughs at Malamadre, not even God.") 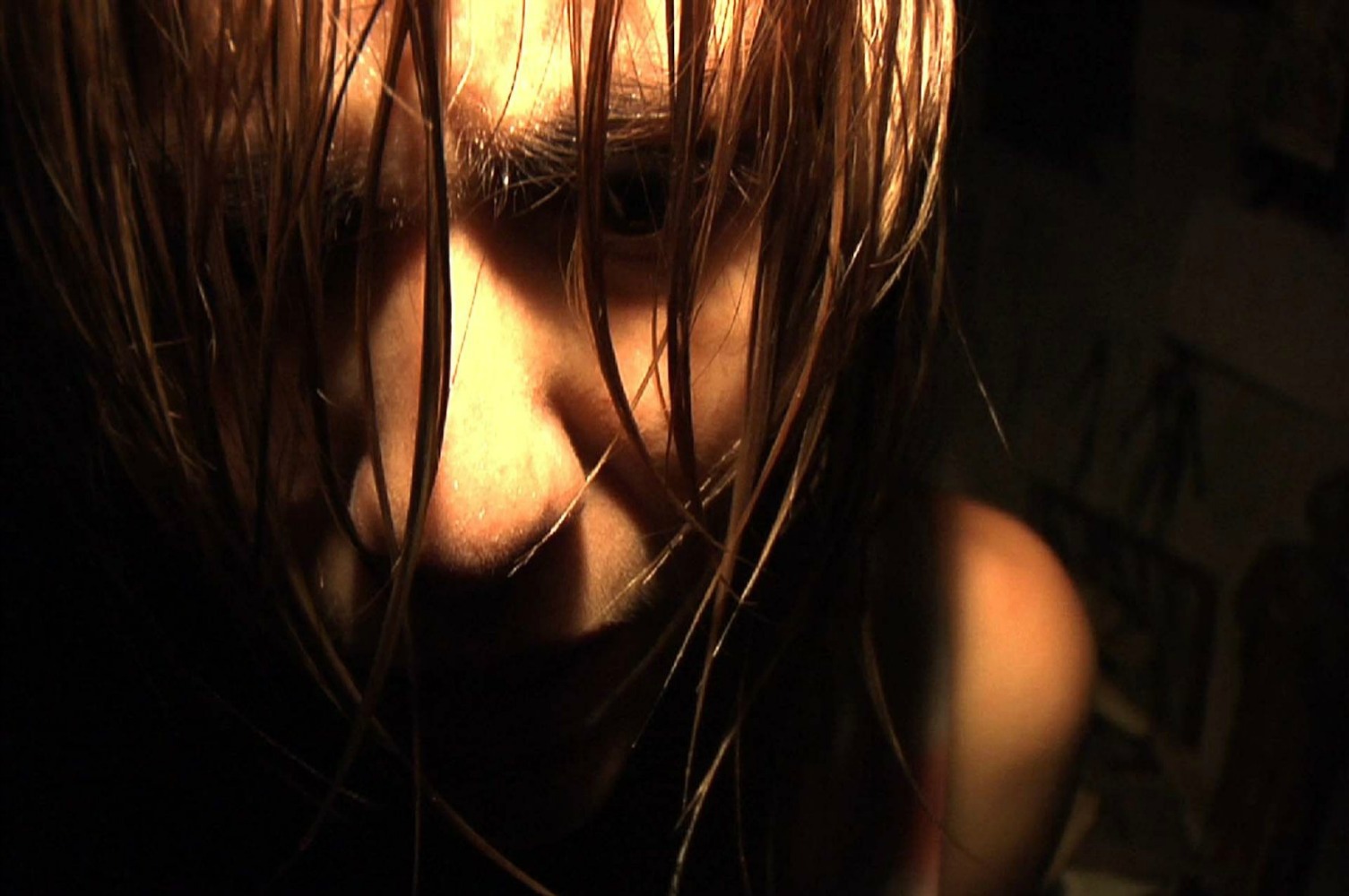 Into found footage? "Rec", directed by Jaume Balagueró and Paco Plaza, has made history and helped redefine the genre, so much so that it inspired an American remake under the name of "Quarantine" (2008).

"Rec" tells the story of a reporter and her cameraman covering an emergency intervention in a dark apartment building. But things turn scary really quickly, as individuals inside the building start behaving more and more animalistic and monstruous, and the team of reporters finds itself locked inside.

"Vemos unas medidas de seguridad impresionantes. No sabemos nada, siguen sin decirnos absolutamente nada." ("There are incredible security measures in place. We know nothing. They haven't told us a thing.") 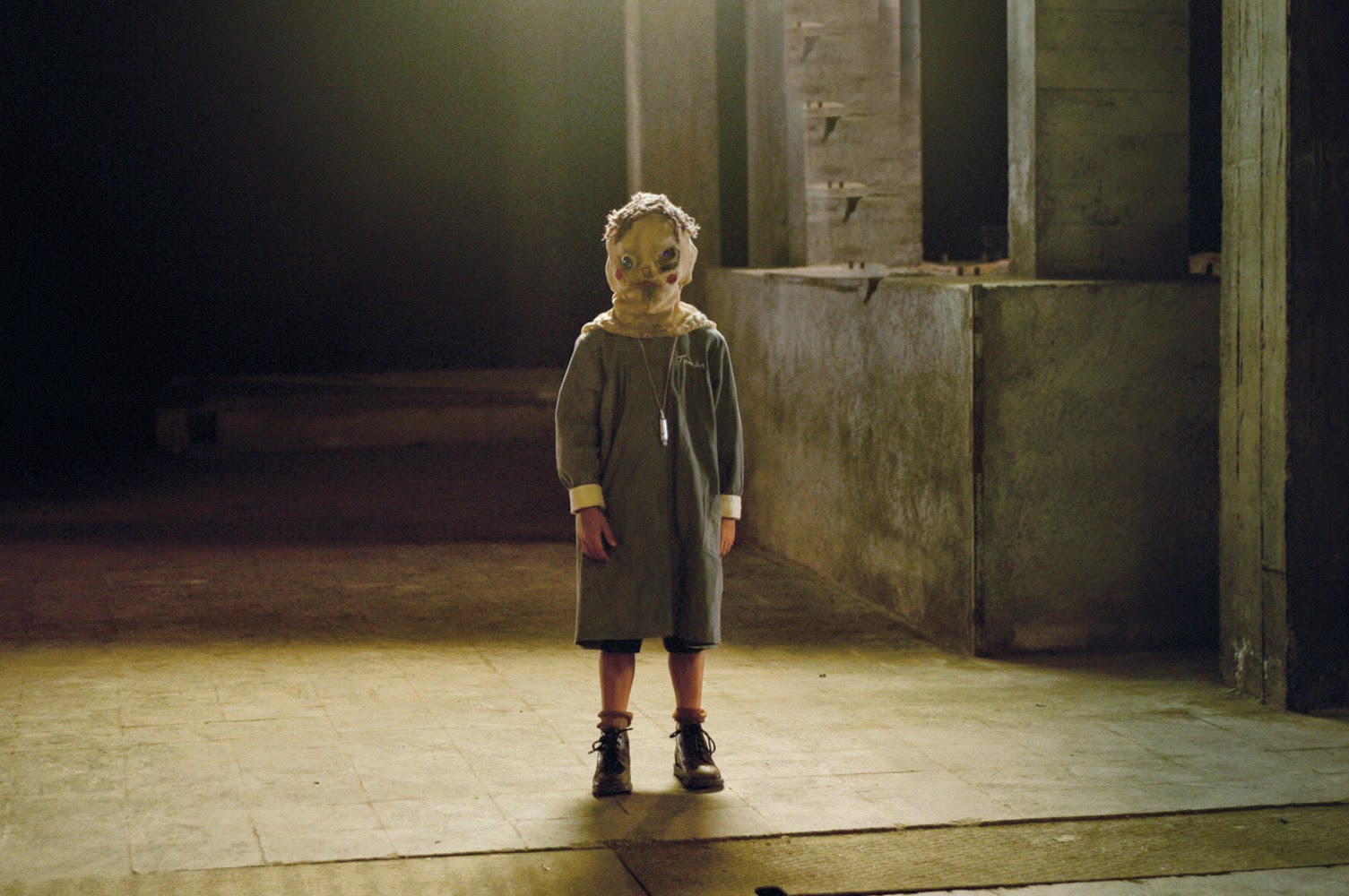 Spanish filmmaker J. A. Bayona's debut film would end up being a major hit in the horror scene, bringing a special touch to the usual "child sees invisible friend" narrative.

Celebrated with a ten-minute standing ovation at the Cannes Film Festival in 2007, "El Orfanato" tells the story of a mother, Laura, and her dream of returning to the orphanage she grew up in to reopen it and help children in need. She brings her adopted son, Simón, along. Soon, Simón starts exhibiting strange behavior and Laura needs to figure out what is wrong.

"El Orfanato" explores the topics of motherhood, repressed memories and troubling childhoods. Critics and audiences alike have praised the movie for its pace, its rhythm and its ability to scare the hard way, investing in psychological tension rather than gore and explicit violence.

"Usted oye pero no escucha. No se trata de ver para creer, si no de creer para ver. Usted crea, entonces verá." ("You hear, but you do not listen. It is not about seeing to believe, but believing so you can see. Believe, and then you will see.")

"Quédate a jugar con nosotros" ("Stay and play with us")

But what would you do if you figured you just hadn't been born to be happy?

César, who is an apartment concierge, gets his pleasure out of knowing every single detail about the tenants' lives - only to mess with them whenever he gets the chance. While the majority of tenants seem to be easily affected by César's attempts to provoke pain and misery around him, Clara, the new tenant, has a smile on her face he just can't put down...which inspires him to go to new extremes and try to break her.

If ghosts, zombies and creepy demons can scare the toughest of viewers, there is no doubt that the idea that somebody might be willing to plan a series of private and physical violations with the sole purpose of causing our unhappiness is pretty scary!

"Feliz, ese es justo mi problema, que yo no puedo ser feliz. Nunca lo he sido, ni cuando me han pasado cosas buenas." ("Happy...that is exactly my problem, that I cannot be happy. I have never been, not even when good things have happened to me.")

Spanish horror films are indeed part of a tradition by now, with several directors renown at an international level. If you would like to know how to make a movie yourself, you may check the 9mousai studio for tips.

Our advice? Make sure you don't miss them, keep your notebook nearby to take notes of the creepiest bits, and after all...buenas noches (good night)!