Dialect can be the bane of any language learner’s existence. Sometimes it feels like the language you’re learning just isn’t what’s in the textbook. It’s as though what you think is correct, is actually only correct in the classroom, or on a whiteboard, or during the test. I mean, an accent is one thing, but then dialect added on top can just make it seem like you’re dealing with something else entirely.

This is especially true in Chinese. Whilst officially, the whole country speaks standardised Mandarin, the reality is far different. Head to smaller cities, towns, and villages, and you’ll find yourself surrounded by what seems like a different language. Whilst what you’re hearing is actually still Mandarin, it's a local version.

Well, learning how to understand Dialect influenced Mandarin isn’t something which will happen overnight. However, it is something which you can start to work on before you enter China (if you’re going).

Below you'll find a couple of words and phrases which are quite often influenced by local dialects. That means that they probably won't sound the same as what you've learnt. We've selected these words and phrases because you almost definitely will use or hear them, but you should know that there are many more. This article aims to teach you what to listen out for, and know that when someone says Si - when they actually mean Shi - it's not necessarily because your haven't learnt Chinese. 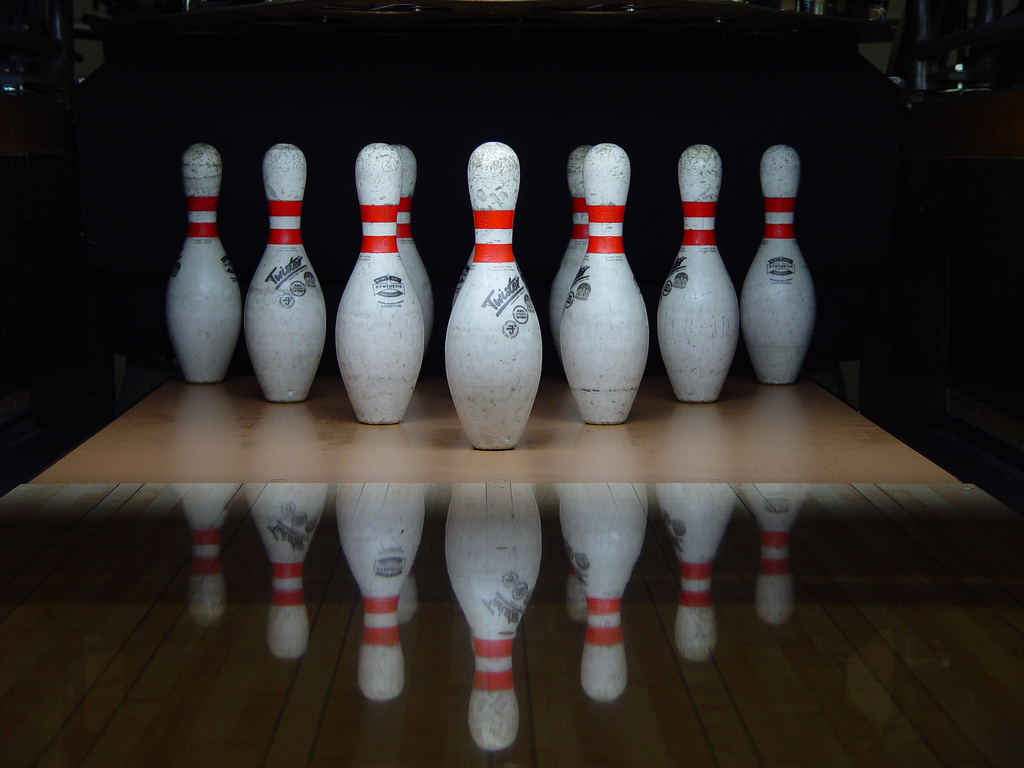 I’m going to mention this one first because it’s so common that anyone travelling to China will probably encounter it. What’s more, it’s so important.

When someone says ten (十 Shí) you may just hear it as them saying four (四 Sí). You might not realise it, but there are lots of situations where you actually do use the number ten, especially in Chinese.

In English, you might be able to say thirteen or thirty without the use of the word ‘ten’, but in Chinese you need it. For example:

And it just continues in that fashion as you go up. Forty is 四十 (Sìshí, four – ten), fifty is 五十 (Wǔshí, five – ten), and so on and so on. Every single time you want to say a number over 10, you’ll need to use 十 (shí). So, when you’re going to buy some food, it’s pretty important to know that something cost you 40 (shí) and not 4 (sí).

So, what’s the best way for listening out for this? It’s by listening to the structure of what is being said. If someone says another number either proceeded by a 十 or followed by a 十, it’s probably time to bring out the big bucks (well, over 10 RMB). Trust me, you’ll get used to it pretty quickly, at least both the original sound and the dialect influenced one are numbers. 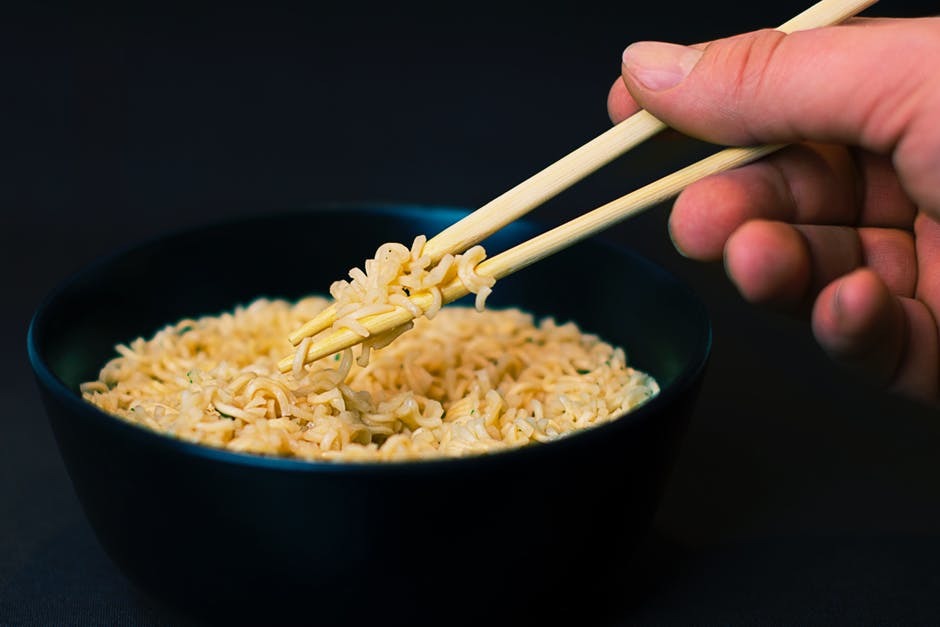 On the subject of eating, 吃 is another sound which often falls prey to some dialect influences. In this case, it’s that of the CH sound. Instead, it’s going to sound a lot more like CI. For example:

Keep an eye on what situation you are in. The sentence above is a common greeting or a way of saying ‘how are you?’. So, if it happens to be after around the time lunch or dinner takes place, or you’ve actually just finished lunch or dinner, make sure to keep your dialect listening ears at the ready. 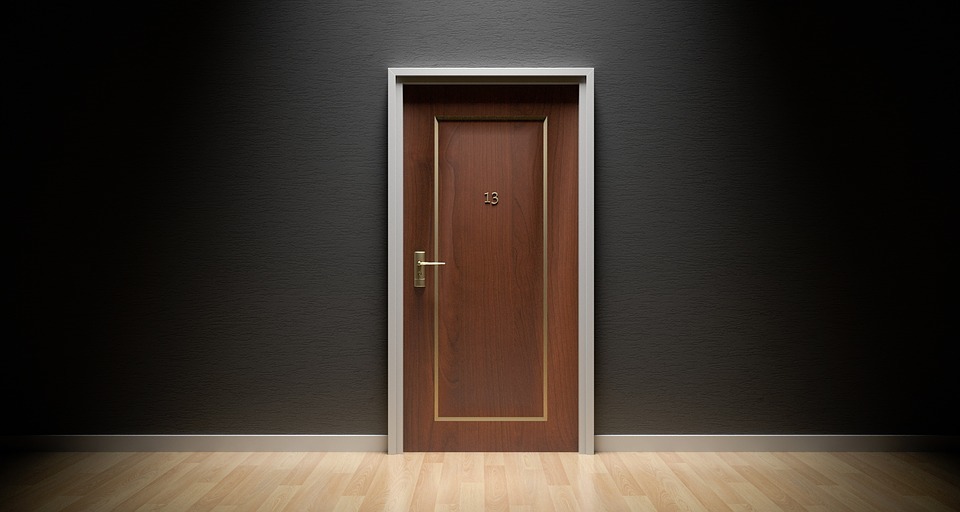 Don’t even get a Chinese learner started on the phrase 出去 (Chūqù). It’s hard enough for us to say the phrase correctly, but when everyone around you is saying it Cūqù, you’re left absolutely baffled. Trust me, I know.

You might be noticing a pattern starting to emerge here. The ZH, CH, and SH phrases are all shortened to the more immediate Z, C, and S sounds. This actually happens a lot more than you would expect, as many dialects in China do not use the more complicated and longer forms of the sounds.

With the ZH, CH, and SH sounds, you need to take your tongue and bring it to the roof of your mouth in order to pronounce them correctly. Just check out the diagram below, then give it a go yourself. It’s not really the most comfortable if you’re not used to doing it.

Whilst those in the north are more accustomed to speaking in this way, those further away from the capital of Beijing are not big fans of the tongue curling. Consequently, any words which use the ZH, CH, and SH sounds in pinyin can probably be learnt with the shorted Z, C, and S forms as well. Just make sure that you learn how the words are used in syntax.

Impotant Note! This doesn’t mean that you can shorten your own spoken Mandarin. Not all Chinese people speak this way, so if you speak with the more dialect influenced short sounds, you might just not be understood in some places. 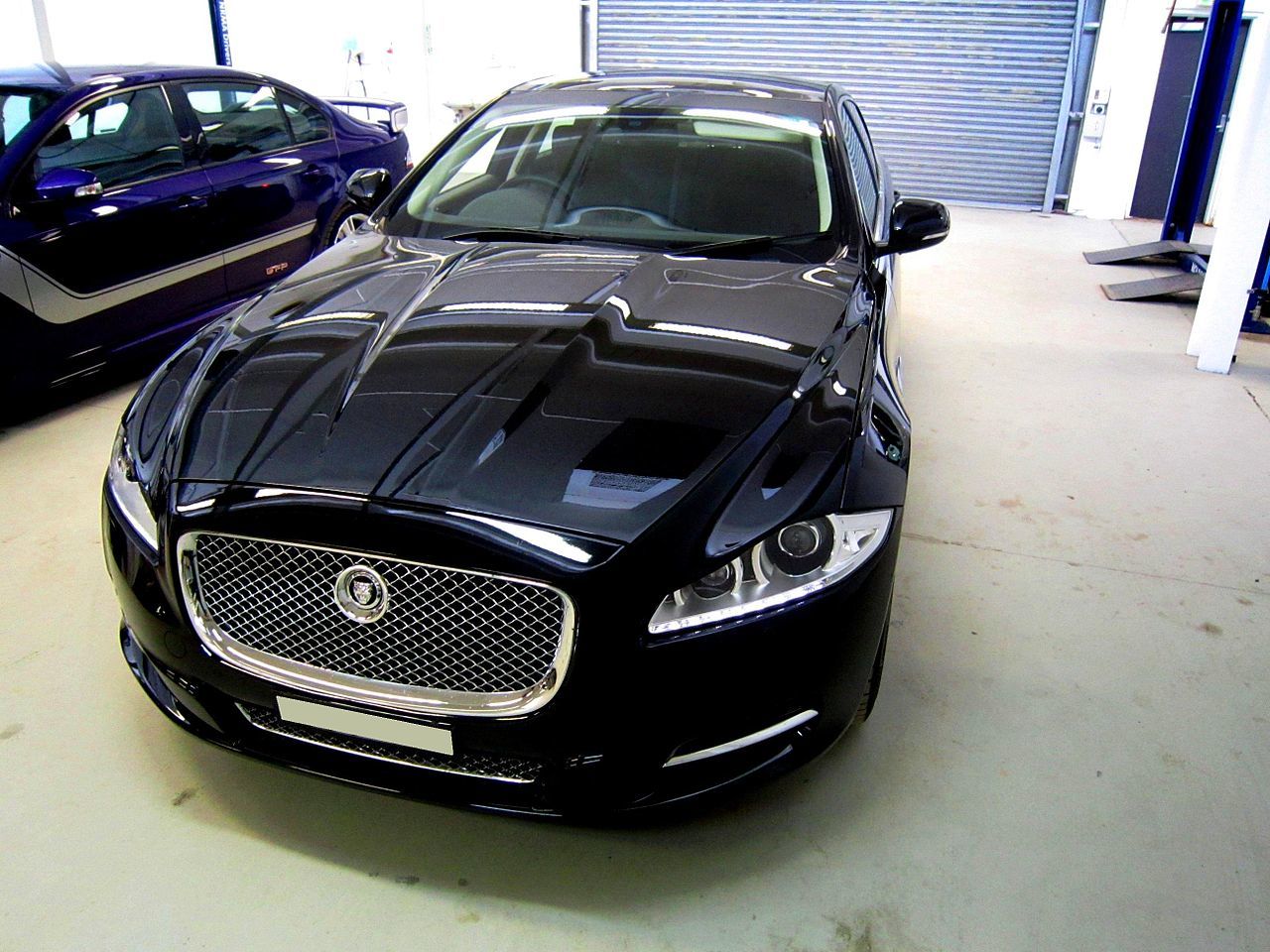 The IN and ING sounds in Pinyin are strange ones. If you listen for the difference between IN and ING, it can be incredibly hard to actually spot it; this is especially true with an untrained ear. Don't get me wrong, there is supposed to be a difference, but over time that difference has slowly been diluted in many areas of the country.

This can create a problem for those learning Mandarin Chinese. Especially when both forms exist in pinyin and are used quite frequently. 新 (Xīn) means new, whilst 行 (Xíng) means ok. Whilst the tones are different, if you’re unaccustomed to the sound difference, then you might have trouble figuring out the different meanings based solely on tonal differences.

One way to spot the difference between these meanings is in the length and form of construction being used. 行 (Xíng) is much more likely to be present in a short reply, whilst 新 (Xīn) might be heard within a longer sentence. For example:

Listen out for it and you’ll almost definitely pick it up immediately, It’s not a big difference, but it can make conversations feel a bit awkward if you’re not expecting it. 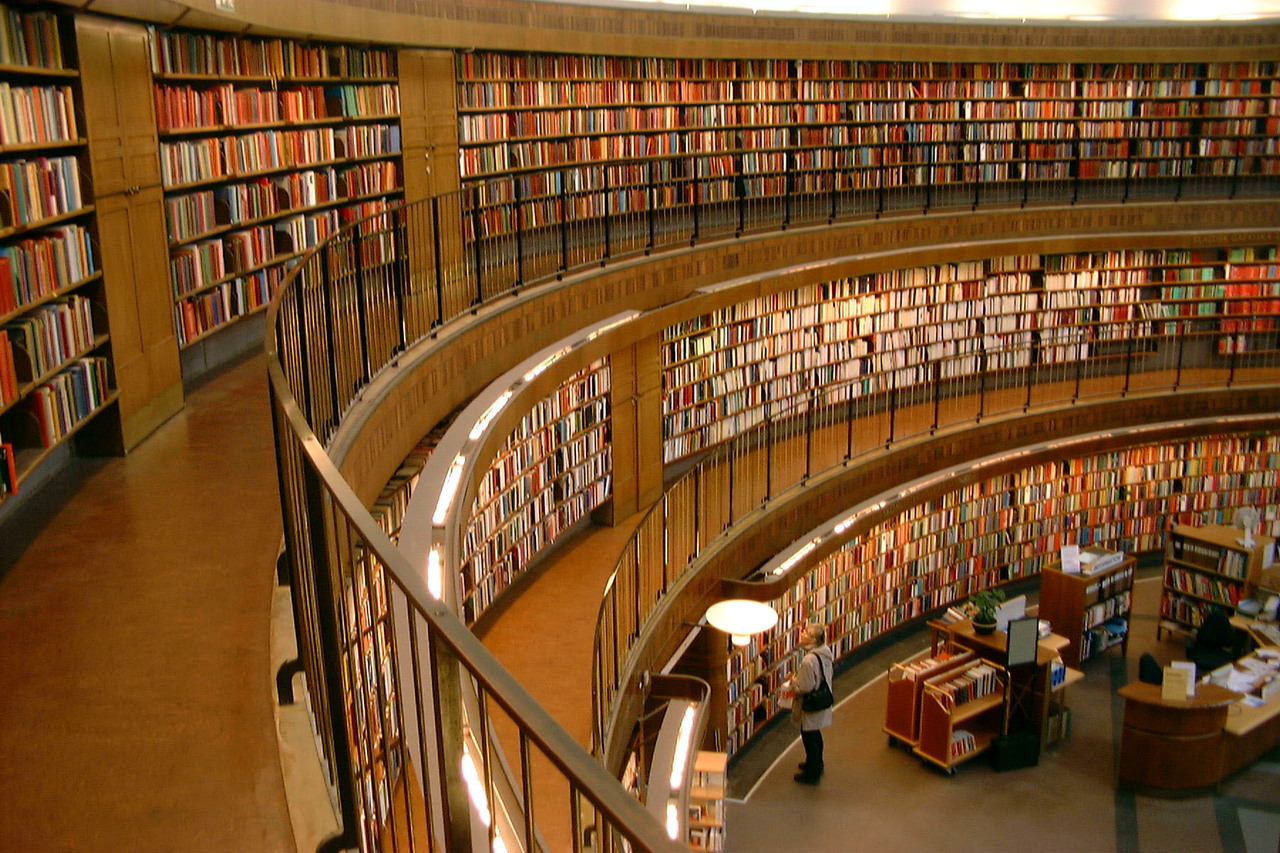 In Mandarin, 让 (Ràng) is often used to express letting someone do something. For example:

It’s an important word when you start to get into more complicated situations or want to ask for permission to do something (or give it). So, listening out for it correctly can make a big difference to understanding the key meaning of a sentence. Luckily for you, Rèng is not a pinyin sound used very often in Chinese. Unless you’re at a very advanced level (in which case you should probably be reading something a little more complicated than this), if you hear Rèng, they probably mean ràng. 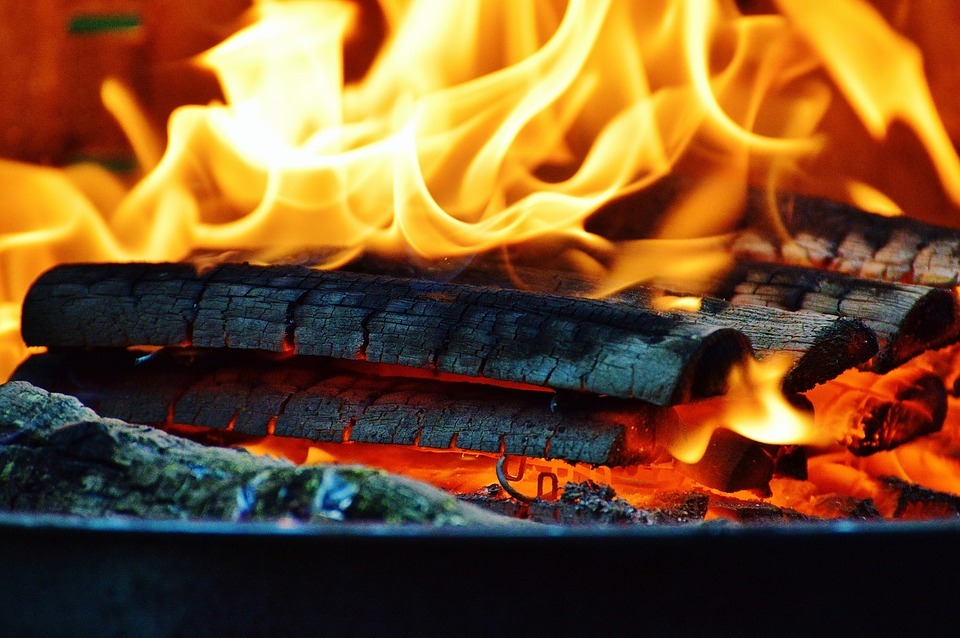 So, my name is Robbie. You have no idea how strange it is to hear locals calling you Lobbie all the time because they can’t quite get their ‘R’ sounds right.

This is actually a common occurrence in Asian countries like China and Japan, where the sounds of ‘R’ and ‘L’ are seen as pretty darn similar. Of course, we know that they aren’t as English speakers, but that’s what we’ve been brought up with. For someone who’s spent their entire life surrounded by Chinese speakers, it’s not the same.

So, when they come to saying words like 热 ( hot), it sometimes comes out as ‘LE’. Keep that in mind for the next time you see someone sweating and complaining about it.

Another important money term which sometimes falls prey to a similar occurrence is 人民币(Rénmínbì). Sometimes, the Chinese form of currency is referred to as Lenmingbi. Now, this one’s easy to listen for. LEN isn’t a sound in Chinese Pinyin!

So, what do all the examples above have in common? They all have common pronunciation issues at their heart. These are all sounds which have, over time, become diluted and changed by local populations. All of them lapse into similar sounds which use similar pronunciation techniques. We’ve already talked about the difference between the ZH, CH, SH and Z, C, and S sounds, but the difficulty extends to other sounds as well.

Take a look at the diagram above to see how your tongue should be being used when you’re trying to make some of the more difficult sounds, and see if you’re doing it correctly. Just remember, whilst you may want to sound exactly right and have perfect Mandarin pronunciation, don’t expect every local you meet to think the same. Prepare for dialect influenced Mandarin and get to speaking!