Celebrating the holidays in a different country is a very eye-opening experience, especially for people from North America and Europe who are experiencing the holidays on another continent. There are so many traditions that feel familiar but have a twist that makes it feel new.

This is particularly true for German traditions. Traditions like Christmas trees are largely rooted in this area of Europe, but it has become so ubiquitous that they appear all over the world at this time of year. Beyond holiday phrases, there is a lot to know about how they celebrate through the darkest days of the year.

If you want to do more than just learn German, learning more about the holidays is a great way to learn about German culture. Let’s take a look at some of the other traditions that are currently found across Germany during this festive part of winter. 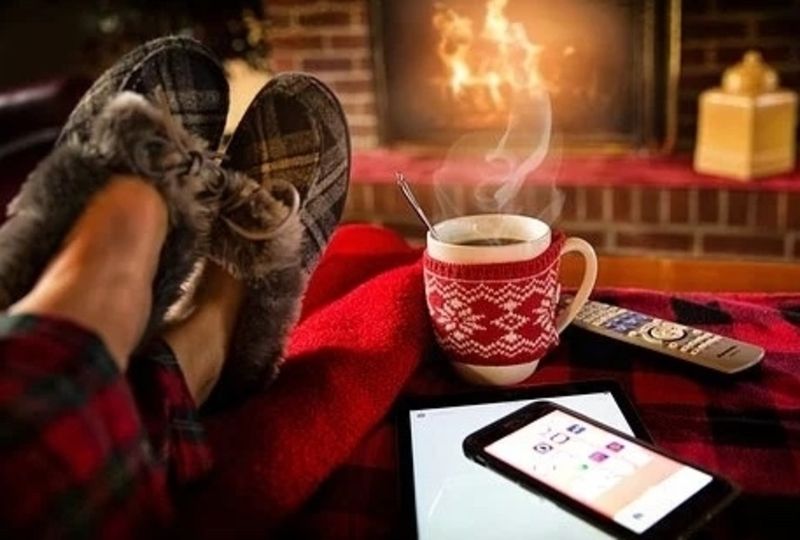 This isn’t a tradition that is specific only to Germany, but it is one that many Germans follow. Adventzeit, known as Advent in English speaking countries, marks the beginning of the holiday season, and it comes with a couple of markers to help keep the excitement up as it gets closer to the 25th of December.

The Adventskranz is a wreath with four candles, which are typically red. Families sit down and light one of the candles every Sunday for four Sundays. They spend about roughly an hour together doing one of many activities. Some families sing carols, others site and reflect on whatever they want, some have hot chocolate and special Christmas treats. If Christmas occurs on a Sunday, the wreath will be lit the four weeks prior to Christmas Day. On Christmas Day, the white candle in the center will be lit.

The wreath is usually decorated with pine branches, pinecones, dried flowers, berries, and small Christmas decorations. Sometimes, fake components are used, similar to artificial trees in the US; other families prefer their Adventskranz be made of natural materials. Since the Christmas tree won’t go up until Christmas Eve, the wreath provides the festive appearance inside. 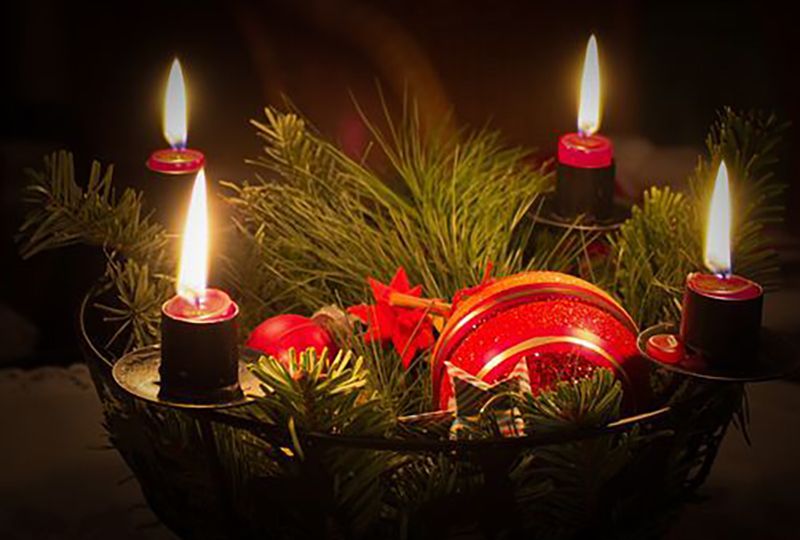 This Christmas tradition is really more for the kids, and it is another countdown to Christmas Day. The Adventskalendar is a calendar that has 25 doors. Starting on the 1st of December, you open the door marked 1, and since they aren’t in consequential order, you will have to check out each door until you find the one marked 1 and each subsequent day.

Most commercial calendars hide a piece of chocolate behind each door. That’s right – you get a piece of chocolate every day leading up to Christmas. Some people also make their own calendars, putting little presents and other surprises behind the doors. It’s a nice way to prepare and enjoy a little something extra as the days get increasingly shorter and closer to Christmas. 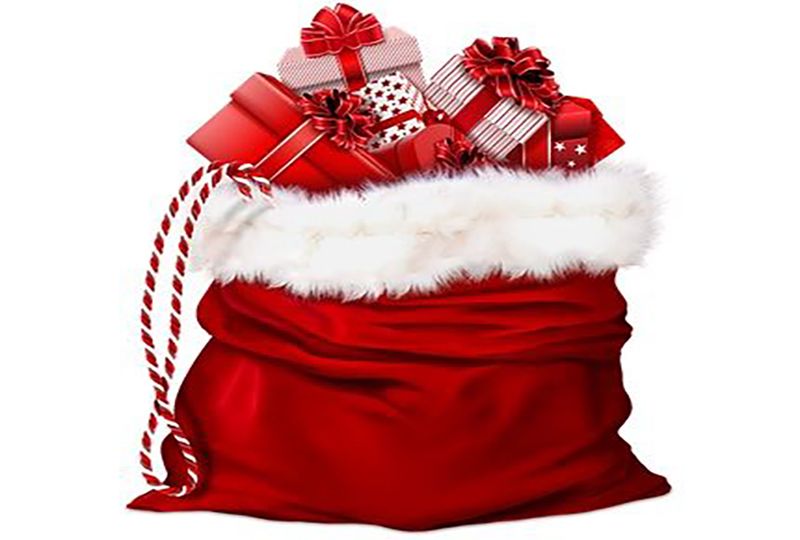 This is an unofficial holiday in Germany (it is still a work and school day), but it is a day that really highlights the idea of rewarding good behavior and punishing bad behavior. The German tradition is considerably different from what Americans and Canadians do to encourage the right kind of behavior from children.

St. Nikolaus – for the Good Kids

6 December is known as St. Nikolaustag, or St. Nicholas Day, and it celebrates the giving spirit of religious figure St. Nicholas. Children leave a stocking outside of their room in the hopes of receiving presents. This creates a much greater sense of excitement early in the holiday season, and encourages good behavior in the lead up to the big day.

St. Nikolaus isn’t the same as Santa across all of Germany. Some places portray him as the jolly man that most people think of when they hear St. Nick. Other locations portray him as being more like a bishop or cardinal, giving him a more religious appearance.

Krampus – for the Naughty Kids (and All Adults)

Most people have heard of Krampus, but like the German version of St. Nikolaus, it’s not quite the same as the way he has been portrayed in the rest of the world. Depending on where you are in Germany, some portray him as a demon, which is what most people in North America think of – if they’ve heard of Krampus. Other parts of the country portray him as another religious character in all black.

No matter what he looks like, Krampus is doles out the punishment for misbehavior, and like St. Nikolaus, he comes late the night before the 6th of December. The primary purpose of his appearance is to scare children who have misbehaved. According to some stories, he will take them away in a sack, but there are many versions of this holiday tradition.

Today, he’s come to be portrayed more for adults than children though. Adults dress up as the demonic version of Krampus, then walk through the streets, sometimes chasing people as a warning about their behavior. It gives adults a chance to get in on some of the holiday fun. 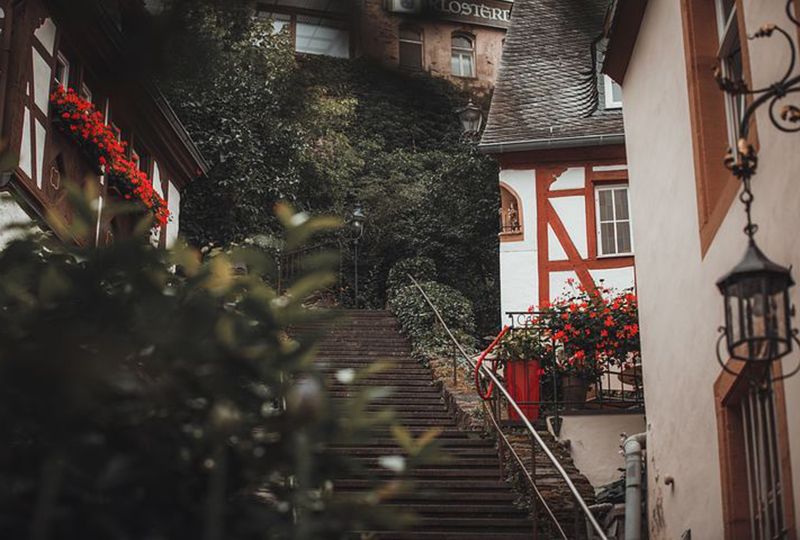 Following the 6th of December, Christmas markets begin to appear all over Germany, giving people a way of getting interesting gifts as they indulge in winter foods and drinks. These kinds of markets are becoming increasingly popular around the world, but they really began to spring up in the areas of Germany and Austria around the Middle Ages as a way of people coming together. Ice skating and indulging in Glühwein (known as mulled wine in English) is something that is a long-standing German tradition for the holidays.

Just like in North America, the Christmas celebrations start on Christmas Eve. Shops and businesses close early in the afternoon (usually by 2pm) to allow workers to go spend the rest of the day with family. That’s because many German families will put up their Christmas tree in preparation for the next day. Germans still typically use real trees; not artificial ones.

Christmas Eve is typically for nuclear families to spend time together. They have a large meal, decorate the tree, then spend time around the tree preparing for the next day.

There are two different traditions in Germany for the night between Christmas Eve and Christmas Day. Some people talk about Santa Clause coming and delivering presents. This version is similar to celebrations in North America.

The second is Christkind, which translates to Christ child. This version has Christkind delivering the gifts that night as children wait outside of the room where the presents are delivered. Upon leaving, Christkind causes a bell to ring, letting the kids know that they can enter, and then the family sings before they start opening their presents.

Families come together to celebrate in larger groups on Christmas Day and the day after Christmas. 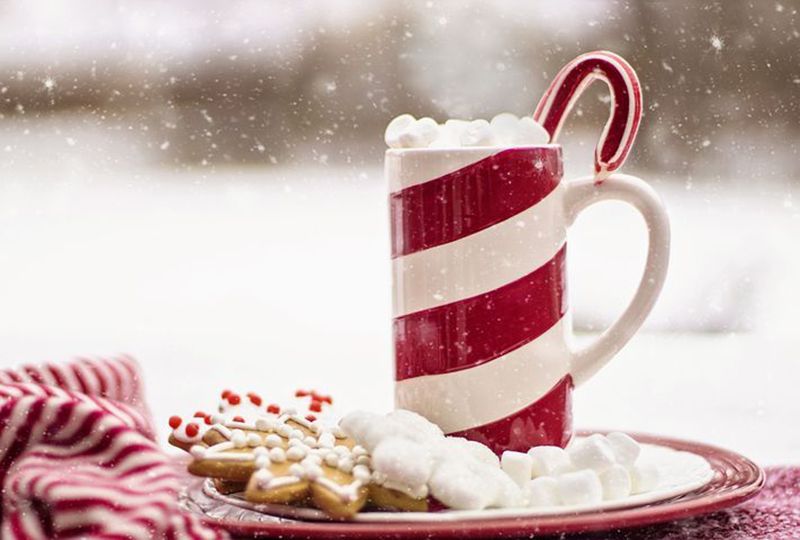 Different parts of Germany have their own foods, but nearly all of them make Stollen during this time of year. It’s similar to fruit cake, but it is a holiday favorite because it includes a lot of candied fruits and powdered sugar to make it incredibly delicious. It’s really more of a festive cake that is a tradition that is well-loved all over the country. This beloved treat is called Christstollen and Weihnachtsstollen, and it has started to make its way over to North America.

Another popular treat is Lubkuchen, also known as Pfefferkuchen. These are a honey cake that has been around since the 1300s. They have been a staple of Christmas markets for hundreds of years.

Feuerzngenbowle (which translates to fire tongs punch) is a very popular German beverage, similar to the way eggnog has become popular in North America. Obviously not for the kids, this made with rum, wine, and juice.

There are many German holiday foods that you might want to try. You may even find some that you want to add to your own holiday traditions.

For Germans, Christmas goes on until the 6th of January, making it a full month of celebrations. Traditionally, this is considered the day when the wisemen reached the Christkind, and the name Dreikönigsfest translates to “three kings festival”. Some families in certain places in Germany open gifts, and many sing Christmas carols. There are many ways that the last day of Christmas is celebrated, but by the day’s end, the celebration is over. By the 7th of December, the decorations are gone and people focus on resuming a more normal schedule.

Adding a Bit of German Festivities to Your Holidays

If you think any of these traditions could be a blast, you can make them a part of your Christmas celebration. From trying new treats and drinks to stretching out the fun over a longer period of time, you can add more celebrations and joy to this time of year instead of trying to cram a lot into just a few days.