How many times have you heard that in networking meetings and social gatherings? For a lot of people, especially Americans, talking about what we do before talking about who we are is an easy way to get to know someone. It’s pretty standard.

Being an entrepreneur in a new country, I had to learn a lot right away. Some things I wanted to get a firm grip on right away. In this post, I’ll share some things I learned about the business practices, especially in Spain, tips on what you’ll find that are very useful to know for your business journey and key phrases to know when you’re meeting people and growing your business. 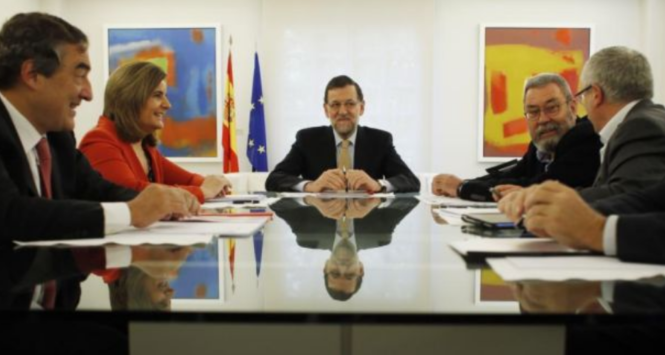 Learning the Business Culture Before You Go

In my case, I knew the type of business I wanted to have, which was a fitness business, but I wasn’t sure what the market was like in Sevilla, which is where I was planning to live. Since I wanted to get a handle on my industry and the general economic/political landscape, I started to read the online version of a couple of newspapers. The first was El Pais, because it’s a bit more central Before I moved here, I wanted to get a sense of the economics in Spain, so I started to read the newspaper, El Pais. I also read the economic weekly, Actualidad Economica. Like most media outlets, some are going to be left, right or center. In this case, Actualidad Economica is on the more conservative end of the political spectrum, where El Pais is more left/center.

I also got a subscription to Sling TV. For $17 a month, I was able to subscribe to their Soccer package and Spanish package. Since I love soccer, I figured this would be a win win strategy for me to watch something I love and learn a new language at the same time. A lot of people get bored quickly when it comes to learning languages because they just put their nose to a book and forget to be inspired. This meant I was able to watch Spanish soccer matches and a few select TV stations from Spain. They also have packages for South American channels and Mexican channels.

This is also a great way to learn Spanish, get an understanding of the government, what was going on in the country and brush up on your Spanish Language skills. This was all before I even set foot in the country.

I also read up on the government situation at the local level, reading local papers in Sevilla and following the Ayuntamiento (City Hall) and other government agencies on Facebook and Twitter.

You can take advantage of technology as well. You can start networking on websites like LinkedIn. Reach out and connect with people in your preferred business area – both geographically and by industry. This is a wonderful way to get connected and start building your network before you arrive.

For example, before I arrived, even with the little Spanish I spoke, I was able to connect with professionals in Sevilla both fitness professionals and marketing professionals. These connections have helped me get a much better understanding of the business environment

Learning the Business Culture When You Arrive

Before we left for Spain, my partner had to call her lawyer’s office in Spain to have a couple of questions answered. We were in Portland at the time and there’s a 9 hour time difference between Portland and Spain. So, she’d get up early (around 7am) to call, figuring the office would still be open until 5pm. She called several days in a row and there was no answer. She became concerned and she finally got through to her lawyer directly, as he was travelling at the time.

Turns out, she had become so accustomed to American business hours, she forgot about the usual Spanish practice of closing the office for a few hours in the afternoon. She was thinking the office was open from, 9am – 5pm. Turns out, the office is open from 9am-1pm then again from 4pm – 8pm.

In the summer, especially in Southern Spain it gets so hot out that the office closes at 3pm for the day. That’s pretty typical for Spain and most Latin American countries.

You also have to know when there are festivals happening. For example, when we originally planned to arrive in Spain, it was during Santa Semana, which is Holy Week. Most Spanish Speaking countries have processions every day. You can pretty much count on a lot of places being closed or only in half-day mode during the week. Since we weren’t going to be able to do much, even look for apartments, we decided to delay our trip.

Even after we arrived, we arrived just in time for Feria, which is a festival with rides, games, casetas (which are meeting places owned and run by different community organizations). In Carmona, Feria is in Mid-May from Thursday-Sunday. We made sure to ask when businesses and offices were open during this time. Some close outright for all four days, others were open sporadically. This even included the grocery stores and markets.

The typical day in Southern Spain is this:
Morning: go to work at around 8am, leave for breakfast at 10am for a short while. Sometimes meetings occur during breakfast. Go back to the office and/or have more meetings until 1 or 2 pm.

2-4pm is considered to be mediodia or mid-day. Most places are closed during this time and the streets tend to be quiet. Most people will have lunch around 2-3pm and return to the office or go home for lunch and spend time with family or take a quick siesta.

4-8pm is usually office time and when local businesses are open again.

8-midnight – especially during the summer, when it’s cooled off just enough to enjoy time outside or tapas out.

This pattern of the day has some variances between different parts of Spain and Latin American countries, but this does serve as a good guideline. Regardless, if you are planning to schedule a meeting, the best time to do so is mid-late morning.

Don’t be alarmed if the person you’re meeting with is late. In the North of Spain, expect punctuality. In the South of Spain and in Latin American countries, it is pretty common for people to be late, even 30 minutes late.

Have you ever met someone and they move in for a hug and you’re just going for a handshake? It’s pretty awkward, isn’t it? That awkwardness and anxiety can be magnified in a new country or environment. That being said, what’s the custom for where you’re doing business? Do you kiss them on the cheek, both cheeks, which cheek first, do you shake hands? It’s a little anxiety producing and here’s the quick do’s and don’ts. 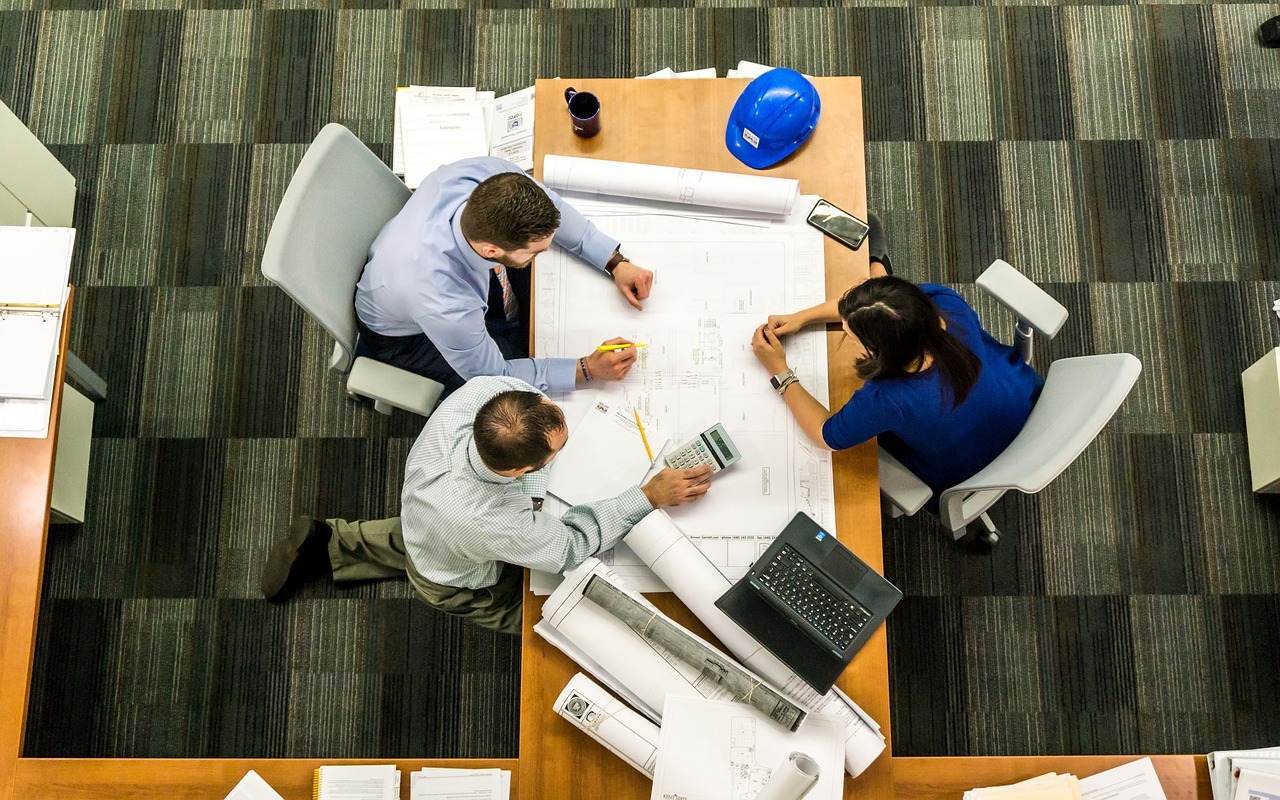 In Spain, it’s common for a light kiss on both cheeks when you’re meeting or greeting someone, especially in social situations. Usually you go to your left first, then to the right.

In Mexico and most of Latin America, men shake hands upon meeting each other and men kiss women on one cheek.

Dress well. It doesn’t matter if your meeting is formal or informal. Dress well. Men usually wear suits or in a more casual setting slacks and polo shirt and shoes. No running shoes, unless you’re going to the gym. Similar standards for women, high quality and conservative dress.

Getting to Know Where You’re Doing Business

When you arrive in your destination to do business, the best thing to do is to start networking. You may already be familiar with BNI and Toastmasters. These are international organizations with locations all over the world.

There’s also the local chamber of commerce, or cámara de comercio. My experience with chambers of commerce is that they will help you find the right people to help you in your business. Often in Spanish culture, there are people and then there are the RIGHT people. These people are usually well connected and well respected in the community. They are able to introduce you to their network, and their introduction carries extra weight since they are so respected in the community. These are the people to get to know.

In America, when you’re socializing and meeting people, it’s very common for the first question to be “What do you do?” In most Spanish-speaking countries, what do you do isn’t the first question you ask someone. It’s usually the fourth or fifth. It’s just an indication of the different values system. There’s a greater emphasis on family and relationships rather than productivity.

Expect to have small talk about where you’re from and your family before you talk about your business. 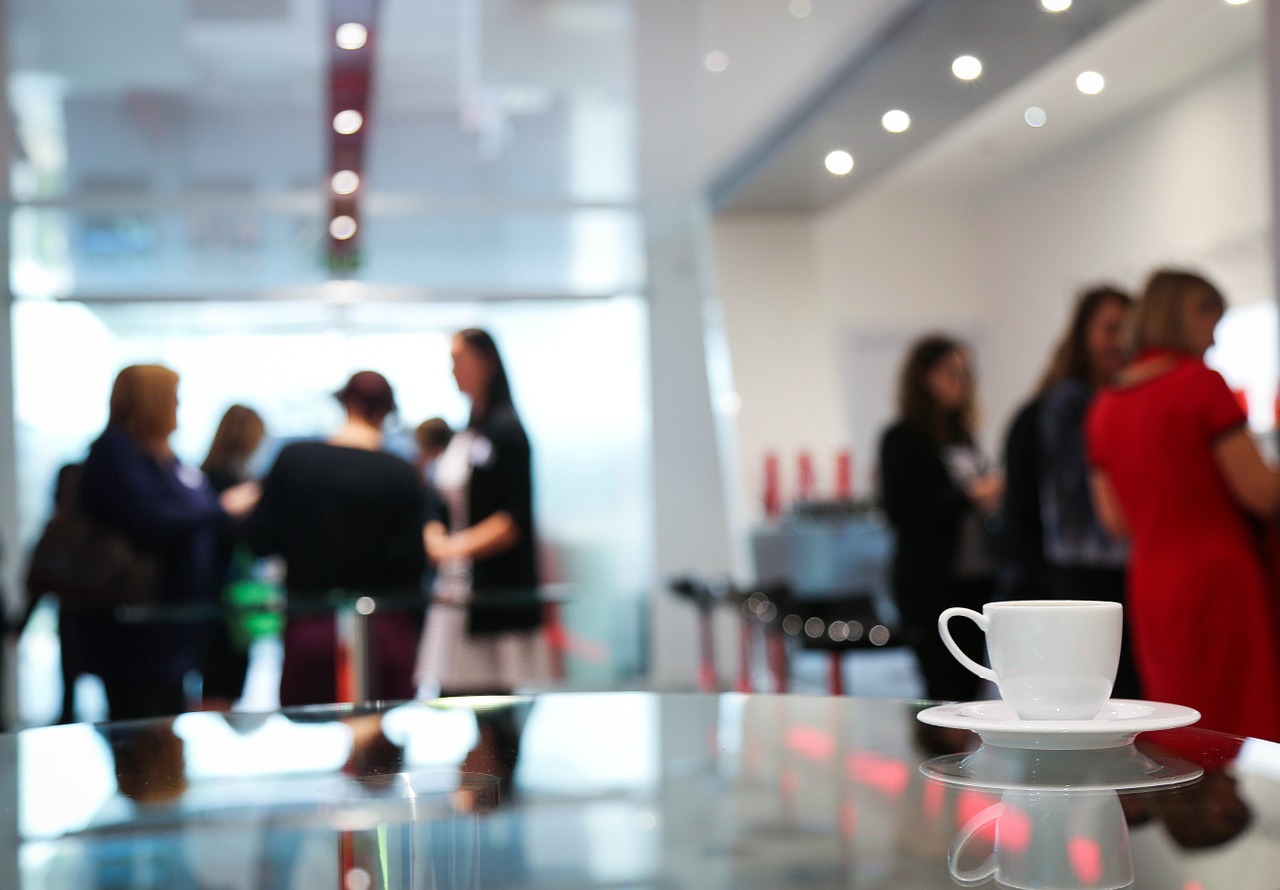 What do you do for work?

What do you do for a living?

Are you studying or working?

Are you working on a contract?

What type of contract?

Where is your office?

There are a few ways to say you’re self-employed. “Trabajo por cuenta propia” implies that you are a freelancer working for different organizations. “Soy Autónomo.” is the official term for self-employed in Spain. Finally, “Tengo mi propio negocio.” means I have my own business.

This is only the tip of the conversation iceberg. In a future blog post, I’ll role play actual conversations I’ve had in business situations.

Regardless of your business knowledge, if you go into a meeting with some understanding of Spanish and you make an effort to learn the language and the culture, you will definitely earn the respect of those around you. There may be some who look down on you, but don’t worry about them, focus on the ones who are positive.

If you go into a meeting or situation where you expect everyone around you to speak English and you have no interest in learning the language or culture, you will find doing business to be very difficult.