What is the Dragon Boat Festival? As the heat of summer approaches, so too does this historic Chinese holiday, also known as 端午节 (duānwǔjié - Dragon Boat Festival). In this article, you can learn key Chinese phrases about this holiday. If you're lucky, you can practice them at a real life celebration!

The Dragon Boat Festival is a lesser known holiday to outsiders. But even though 春节 (chūnjié - Chinese New Year) or 中秋节 (zhōngqiūjié, Mid-Autumn Festival) may be more famous, that doesn't make this summer celebration any less important!

Like all traditional festivals, the date of the holiday follows the lunisolar Chinese calendar. So even though it's always the 5th day of the 5th month in that calendar, the date varies in terms of the Gregorian calendar. This year, the Dragon Boat Festival falls on June 14th, 2021. But next year, it will be June 3rd, 2022!

If you want to learn more about Chinese culture, Chinese traditions, and Chinese food through the lens of this folk festival, keep reading! 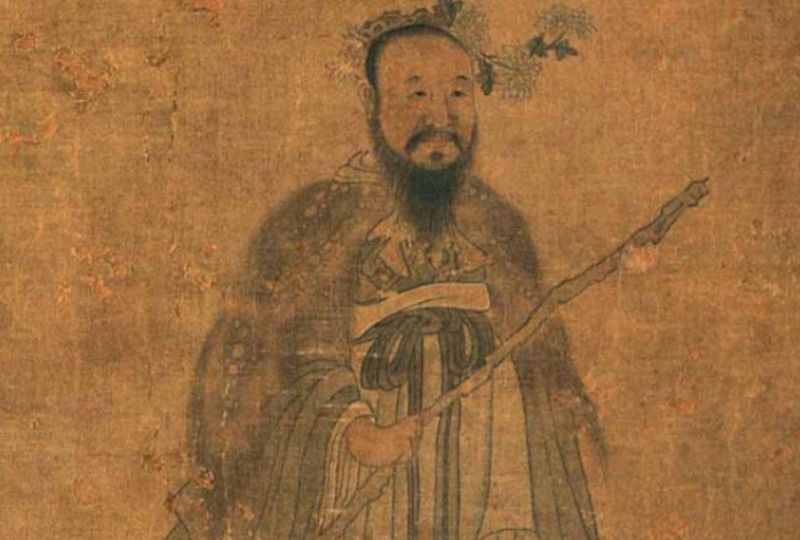 The Dragon Boat Festival is thousands of years old! As such, no one is 100% sure of the origins of the holiday, but there are several theories. The most popular one is the legend of Qu Yuan, a Warring States era poet and politician. In this time period, the country we know as China today was a collection of warring states, which were eventually conquered by the State of Qin, and made into the first unified Chinese Empire. In 278 BCE, the State of Qin captured the capital city of Qu Yuan's home country, the State of Chu. Eventually, some time after learning of this tragedy, he committed suicide in the Miluo River.

The story goes that the locals, who admired him greatly, took to their boats in a desperate attempt to rescue him, or at least to recover his body. When it was clear that it was too late to save his life, they splashed their oars and dropped sticky rice into the river, hoping to keep the fish from eating his body. This is the popular origin story of the holiday's dragon boat races and sticky rice dumplings. We'll get into those more below! 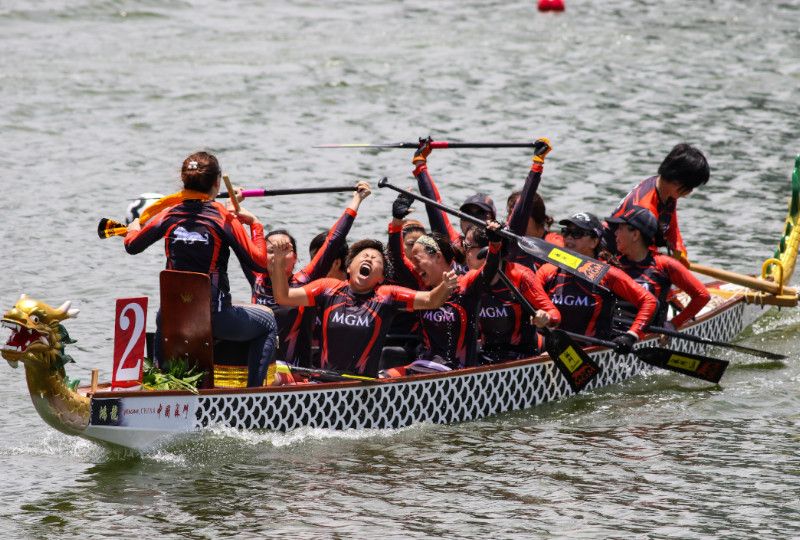 Let's talk more about the dragon boats, possibly the most iconic features of this holiday! Dragon boat races are a combination of community and competition, and of ritual and sport.

A standard 龙舟 (lóngzhōu - dragon boat) is manned by up to 20 paddlers, as well as a steerer to lead the crew, and a drummer to keep the rhythm. Smaller dragon boats, with only 10 paddlers, are also very common. The truly traditiona dragon boats have around 50 paddlers—now that's some manpower!

You can check out this National Geographic video to see a snapshot of what this exciting event is like! 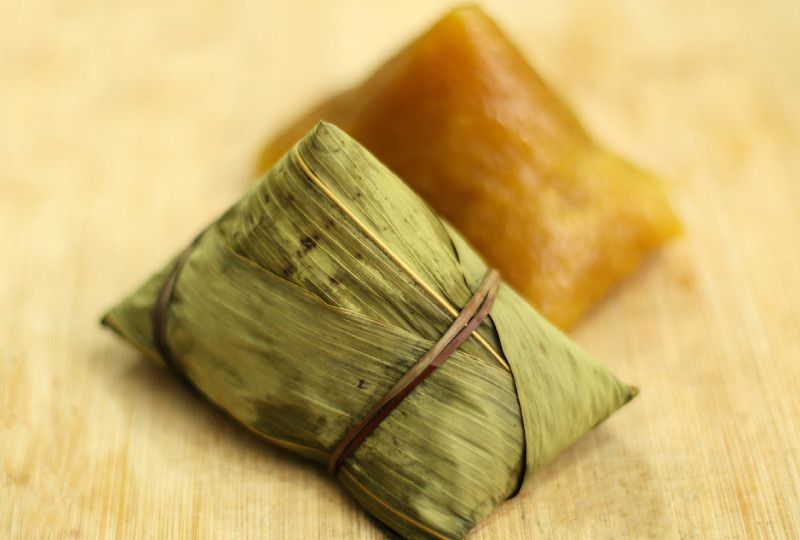 So what traditional food can you look forward to eating on this holiday? There are some classics like 鳗鱼 (mányú - eel) or 茶蛋 (chá dàn - tea egg), but the most famous is probably 粽子 (zòngzi - sticky rice dumpling)! Inside the bamboo leaf wrapping, there's sticky rice and a variety of fillings. In the north, people typically enjoy sweet fillings, like red bean and Chinese dates. In southern areas, a savory filling is more common, like pork and mushrooms!

If it's an option for you, maybe you can buy some 粽子 (zòngzi - sticky rice dumpling) from an Asian supermarket or a Chinese restaurant. And if you're curious about trying to make these sticky rice dumplings yourself, check out this cooking video by Angel Wong's Kitchen. 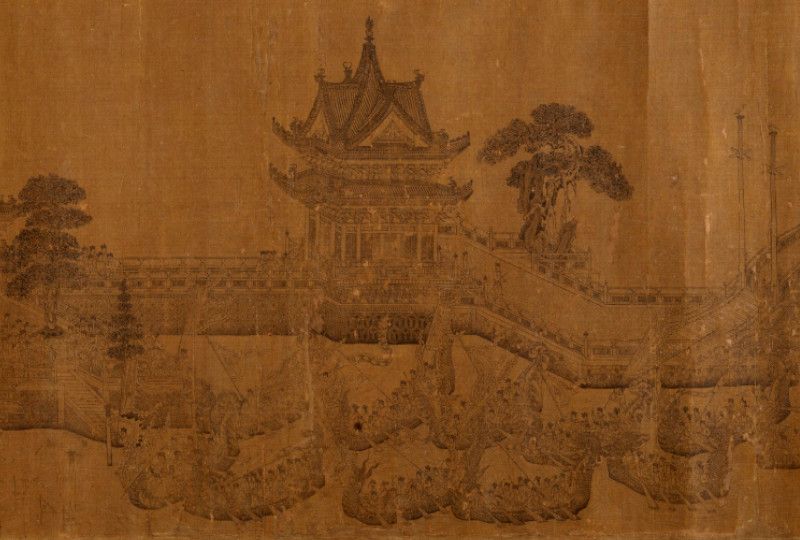 Other Traditions and Stories

As mentioned earlier, there are several theories about the origin of the Dragon Boat Festival. In addition to the legend of 屈原 (qūyuán - Qu Yuan), there is the story of 曹娥 (cáo'é - Cao E), who drowned in the river after she was unable to save her father from drowning in the then-named 舜江 (shùn jiāng - Shun River), now known as the 曹娥江 (cáo'é jiāng - Cao'e River).

There's also the story of 伍子胥 (wǔ zixū - Wu Zixu), who was forced to commit suicide while trying to save his kingdom, and his body was disposed of in the 钱塘江 (qiántáng jiāng - Qiantang River). Notice any recurring themes?

It's also very possible that the Dragon Boat Festival predates those legends, and that instead, the legends were later made out to be origin of the holiday because they fit thematically and made for a good story.

The holiday could have originated from annual folk traditions created to ward off illnesses and diseases that became more prevalent in the summer. It could have been a expression of dragon worship, creatures frequently portrayed in mythology as the rulers of bodies of water. It could have started from harvest celebrations, which wouldn't be unusual at all for ancient Chinese agrarian society.

In the Chinese name for the holiday, 端午节 (duānwǔjié - Dragon Boat Festival), the character 午 (wǔ, noon) sounds just like the number 五 (wǔ - five). And you can see a lot fives all over the festival traditions! Many people hang medicinal herbs and have amulets to ward off the five poisonous creatures (often the viper, the centipede, the scorpion, the toad, and the spider). In some regions, there's a porridge made from five different types of beans (like soybeans, mung beans, red beans, black beans, and hyacinth beans). And of course, even the date is the 5th day and 5th month. In fact, it's sometimes referred to as the Double Fifth Festival. 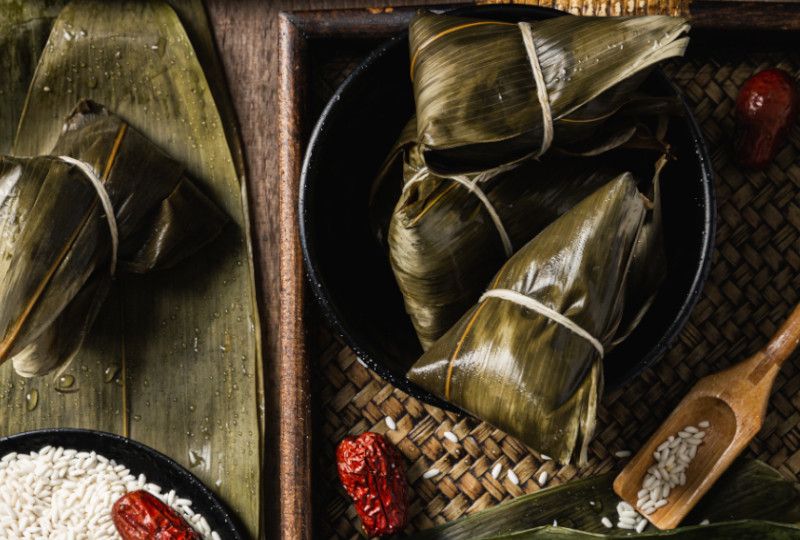 Photo by Mae Mu on Unsplash

Now you know a little more about the food, history, and traditions surrounding this summertime holiday. If you live in the United States, local organizations may host Dragon Boat Festival events for you to get a taste of this ancient holiday!

And last but not least, practice this important phrase: