When learning new languages, one common technique to significantly improve your vocabulary is to identify the Cognate words, also known as true friends. These words are words that you recognize from your native language and mean the same thing in another language.

For example opinion is the same word and meaning in both English and French. Another example are blue and bleu: the spelling is not quite the same but very similar, in such a way that you could guess the meaning if you were to read it.

This method is really interesting and will save you time, but it also has its limits! In fact
among these true friends, are words called false friends or faux-amis. These faux-amis are very similar and sometimes will even have the same spelling but have a very different meaning. Better to learn them before you end up in a rather embarrassing situation, as a quick example, the French word brasserie means brewery, not brasserie as bra.

In this article you will find an alphabetic list of useful false friends!

Please note that to assist is the idea of helping someone. In French assister not followed by à can also have that meaning. See the examples.

Another false friend is actuellement and actually. Actuellement is used to say now, at the moment, while actually means in fact.

As seen previously, assister à has various meanings and one of them is to attend. As for the verb attendre, its definition is to wait.

“J’attends mon bus”
I am waiting for my bus

If you ask for directions from someone in the street, that person might use the word coin. Unlike the English word coin, the French word means corner and is not related to the lexical field of money.

This one had me extremely confused when I started to learn English. It took me some time to not instantly think about éventuellement as a translation of eventually.
Eventuellement is used to define sometimes unsure, that may or might happen. On the contrary, eventually refers to something that ended up to happen.

This certainly is one of the most common false-friends mistakes made by my students so far. Interview exists in French but it cannot be used in a job context: you would not say “J’ai eu une interview pour un nouveau travail”, but you would say “J’ai eu un entretien pour un nouveau travail”. We use the word interview in French to define an interview in a newspaper, magazine or on the radio/TV.

”Ils ont publié mon interview dans le journal !”
They have published my interview in the newspaper!

Journée and journey is another great example of false friends. Journée, coming from the word jour is another way to refer to a day or daytime, while journey actually refers to a trip.

Even though these two words are about books, they have a different meaning.

“Cet après-midi, je vais étudier à la bibliothèque”
In the afternoon, I am going to study at the library

Same thing here: monnaie and money are both about money, but with different meanings.

“As-tu de la monnaie pour acheter une baguette ?”
Do you have change to buy a baguette?

Once again, these two very close words have a very different meaning. While preservative refers to the idea of preserving - conserver in French -, préservatif means a condom. To avoid any confusion, you can use capote instead of préservatif, its slang version.

This one can lead you to some very embarrassing situations if you are not aware of the definition of the French word slip. Besides the words “boxer”, “caleçon”, “culotte”, which all refer to underpants and panties with some variation in their cut, the “slip” with its unpopular cut is still one word to know. 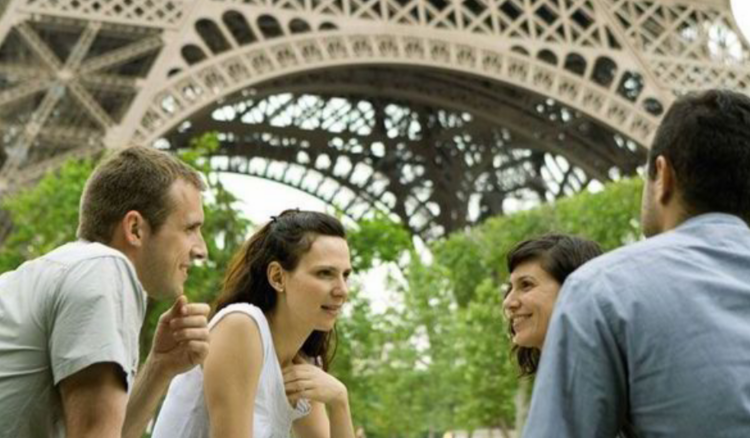 I wish you the best of luck practicing your French now that you are aware of some of the traps to not fall into! There are of course other false-friends, so when you have a doubt, check the definition of new words to avoid any confusion.

I would definitely recommend you to continue to identify “true friends” to increase your vocabulary faster. It is a nice way to feel more comfortable with minimal effort. So check it out first!