Learning German pronunciation and understanding the German alphabet can be overwhelming. With our handy pronunciation guide, it doesn't have to be! 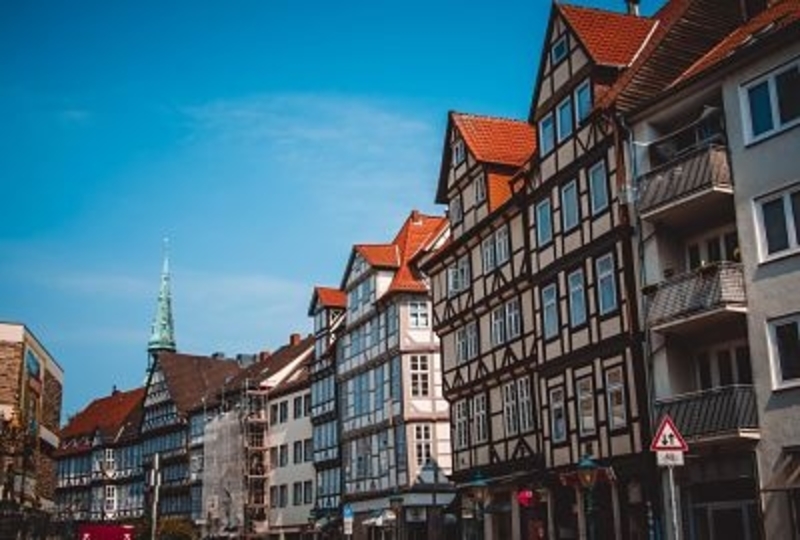 If you are a native English speaker who is just learning how to speak German, you might be feeling a little intimidated. German is full of sounds and letter clusters that don’t exactly come naturally for foreigners. The language definitely lives up to its reputation for having long, consonant-heavy words, and that can be a bit nerve-wracking!

German has a reputation for being a harsh language, specifically because of these consonant clusters. But when spoken naturally and properly, it’s actually a lovely, melodious language with a unique rhythm.

That means that every time you see ‘au’, ‘eu’, or ‘tsch’, you can rely on the fact that they are pronounced exactly one way.

It’s something that people learning many other languages don’t get to enjoy!

The next time you feel nervous looking at a page of German text, take a breath and consult this handy pronunciation guide. 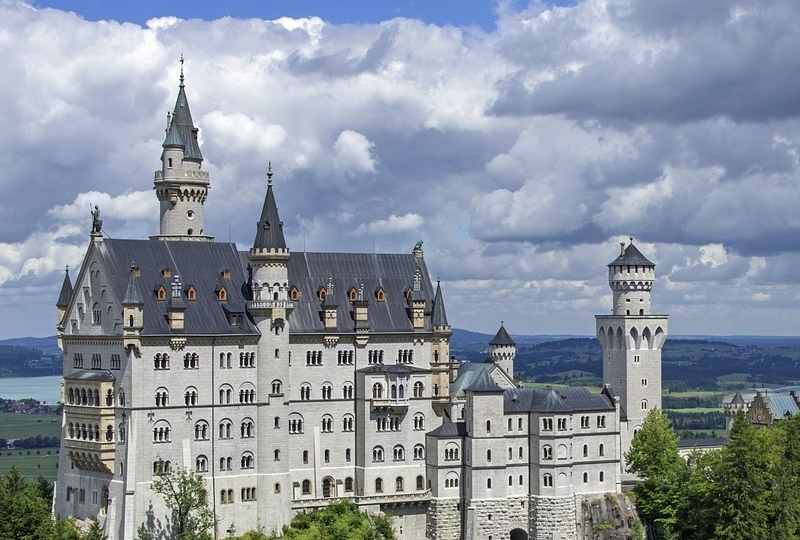 The German alphabet operates much like the English one. This isn't surprising since they are both Germanic languages! Like English, there are 26 letters. Most of these are pronounced similarly in both languages, but there are a few notable exceptions in German.

It is important to remember that even though German has the same letters as English, several of them serve completely different purposes. This means that they have different sounds than they do in English. These letters include j, q, v, w, and y.

Q in German shares a similarity with English: it is always paired with a U. Unlike in English, however, QU is pronounced as “kv” rather than “kw”. You’ll find this pairing in words like Quark and quellen. The letter Q is pronounced “koo”.

Language learners often get mixed up with V and W in German. V is pronounced as “f”, with the letter itself rhyming with "cow". This can be seen in words like vor, verkehren, and Verlust. W, meanwhile, takes the pronunciation of an English V — hence the confusion. The letter W is pronounced as “veh” and can be seen in words like Wetter, Woche, and warten.

The German Y is borrowed from Greek and is only used in words of Greek origin. The letter is pronounced as “upsilon” (with a hard U sound) and spoken in words as a U. This can be seen in the word Psycho, pronounced “ps-oo-ch-o”.

Here is an example of the German alphabet you can access. 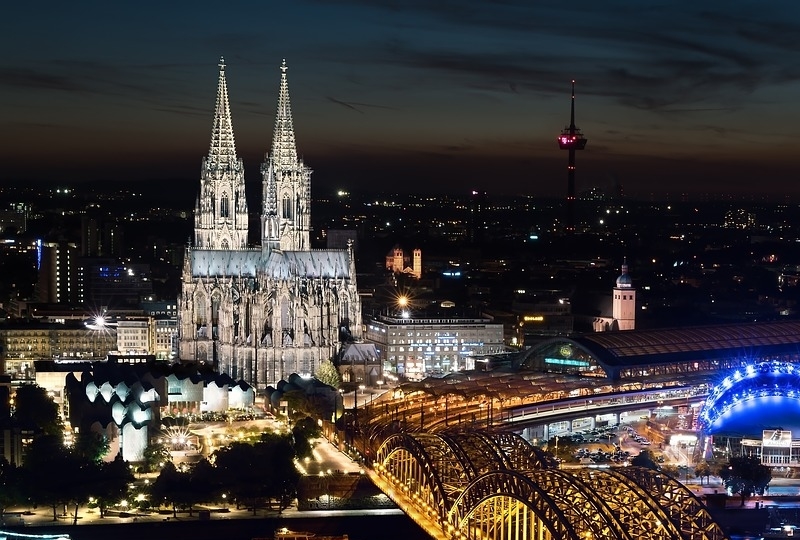 German, like English, uses five vowels: A, E, I, O, and U. However, it has two additional “occasional” vowels: Y and J. We will count vowels with umlauts (Ä, Ö, and Ü) in their own section.

German vowels are short when they are followed by a consonant cluster. Otherwise, they are long. 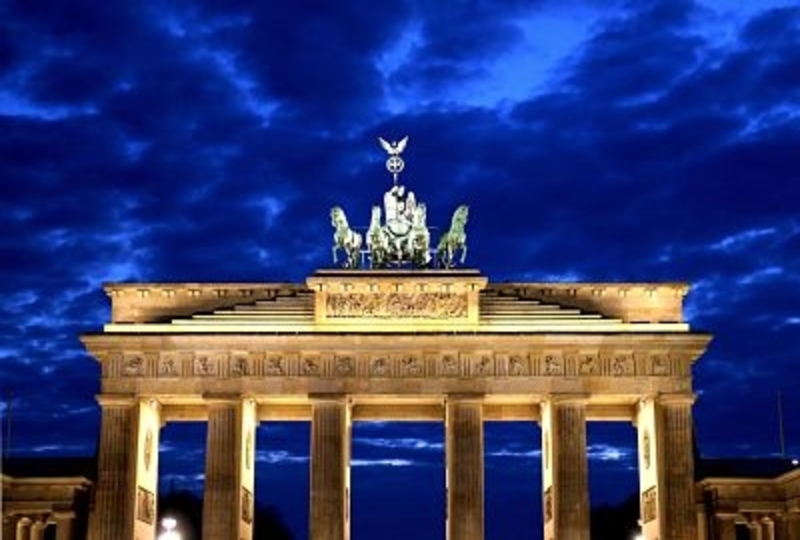 German is known for its frequent use of consonant clusters. These can often be bewildering for native English speakers, who aren't used to taking the time to force these sounds out!

In German, you will find a number of different consonant clusters. Some come together to make a new sound, while others consist of letters that are pronounced one after the other. This might feel awkward for you at first, but soon, you’ll have them down.

Here is the list of common consonant clusters you will find in German:
Ch: Chirurgie (surgery), kochen (to cook), suchen (to search), Loch (hole) — similar to “Loch” as in “Loch Ness monster” or closed H as in “human”
Tsch: Tschau (bye), quatsch (nonsense), klatschen (to clap) — like CH as in “chatter”
Sch: schauen (to watch), waschen (to wash), Schock (shock) — like SH as in “show”
Chs: Fuchs (fox), wachsen (to grow) — similar to X in “wax”
Pf: Pfeffer (pepper), Pfarrer (pastor), hüpfen (to hop) — each letter is pronounced distinctly
Sz: Szene (scene), Disziplin (discipline), faszinierend (to fascinate) — each letter is pronounced distinctly; when spoken quickly it may sound like a hard Z
Sp: Spanisch (spanish), springen (to jump), sprechen (to speak) — Like SHP
St: Stopp (stop), stellen (to put), stumm (mute) — like SHT 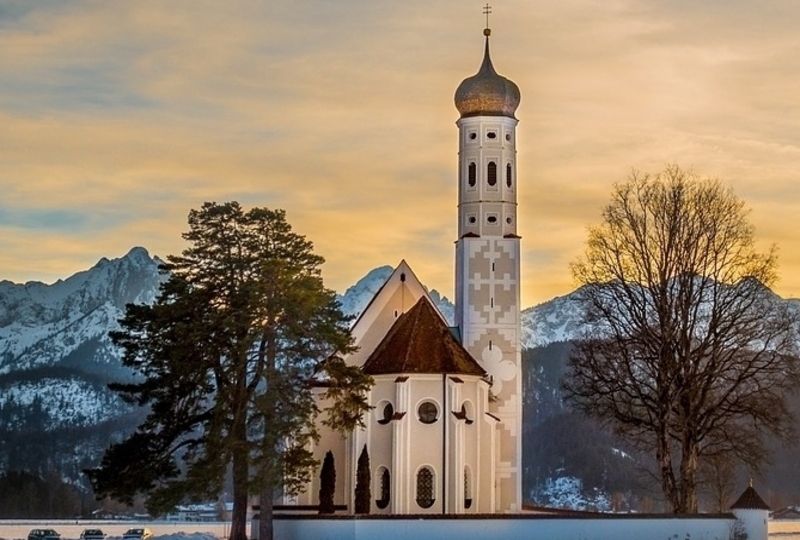 You will also find vowel clusters in German, but don't worry — these are also fairly easy once you get the hang of them! These are even more straightforward than consonants. This is because they have no variations at all: once you learn how to say them, you can count on them being pronounced the same way whenever they appear!

Common vowel clusters you will find in German include:

Don't stress if these sounds aren't immediately distinguishable to your ears. As you practice more, especially as you listen to German speakers, you will begin to hear the subtle differences in these vowel pronunciations and stresses. 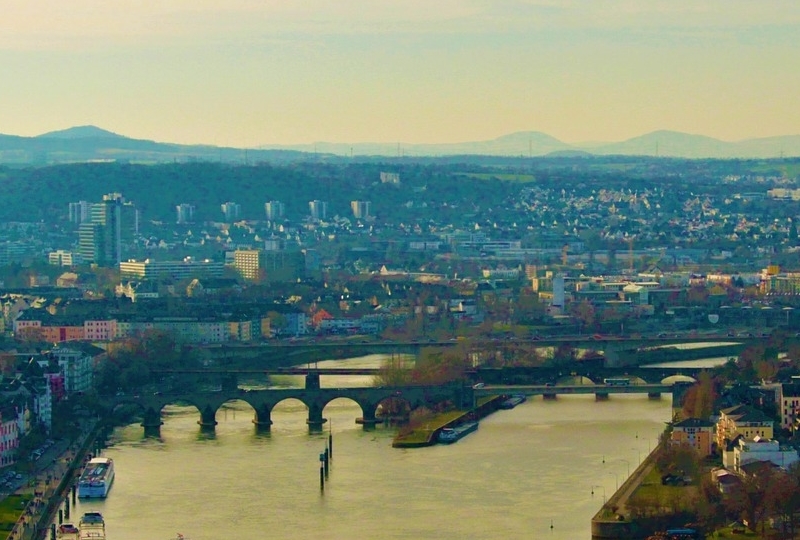 German is famous among language learners for its unique letters, including umlauted vowels and the Eszett — the special double S. German students often fear these sounds because they are not found in English and can feel unnatural at first. But don’t fear! Before long, you will be able to say them all with ease.

Special letters found in German include:
Ä - Äpfel (apples), gähnen (to yawn), lächeln (to smile) — between the flat A in “apple” and the long A in “gain”; similar to an ‘eh’ sound; made by saying “A” while pushing the tongue forward in the mouth
Ö - Löwe (lion), schwören (to swear), zerstört (destroyed) — between ‘uh’ and ‘ooh’; similar to the long “U” in “pudding”
Ü - schwül (humid), üben (to practice), Tüte (bag) — hard “U” with the lips held close together; similar to the positioning of “mew”
ß - Straße (street), Fuß (foot), genießen (to enjoy) — pronounced simply as “s”; may be spelled as “ss” 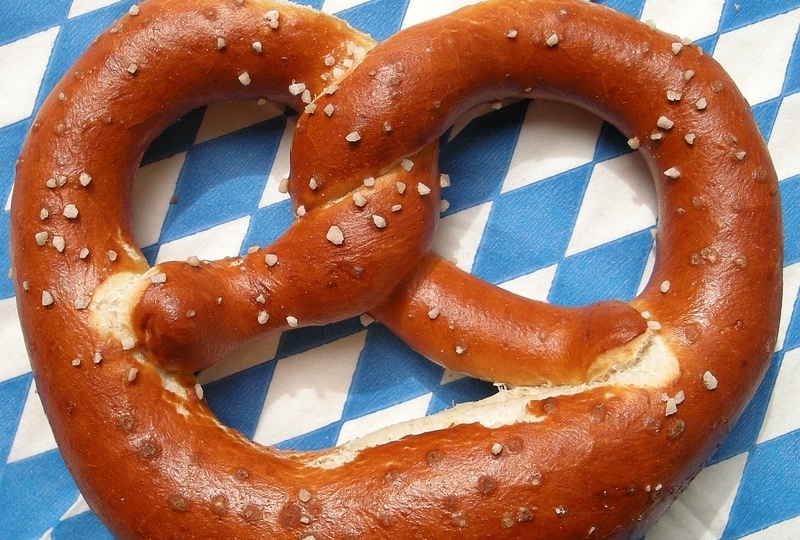 How to Perfect Your German Pronunciation

To perfect your German pronunciation, there are many different things you can do. Let’s face it — when you’re trying to learn how to make new sounds, reading text doesn’t cut it. Instead, find ways to hear audio to hone your pronunciation. Speechling provides an audio dictionary to help you learn perfect pronunciation.

Take advantage of free online videos. There are many different videos in all sorts of subjects. These might be anything from German vloggers to foreign films. Find something that interests you and enjoy — hearing the language spoken is the best way to practice pronunciation.
Talk to native speakers. Not only will they be able to give you pointers about your pronunciation, but you will also be able to listen to their accent and mimic it back to them.
Consume German media. That means music, news clips, movies — whatever you like! The main objective is to hear people talking. If possible, watch or listen with captions to help cement the ideas in your mind.

If you are just starting to learn German, you may feel intimidated, but there is no need. With practice, you will be speaking like a native in no time.

These additional resources can help you find German films to practice your pronunciation.

You can also see the German alphabet in action with Speechling's free vocabulary flashcards.