When I decided to take on the 90 Day challenge, I did so with the clear goal of becoming B2 proficient. I made a clear goal and a clear commitment to spend an hour a day learning and studying Spanish.

How do you prepare to integrate a new habit to learn? How do you measure your progress in the journey?

This is a post about where I’m at and what I’m learning, but also how to cope with keeping your commitment when life gets in the way.

How Long Does it Really Take to Build a Habit?

I started the challenge on August 1. The first two days went wonderfully. I kept to the plan and stuck with my commitment. A few days later, I flew to London. Usually, when I’m starting a new challenge or integrating something new into my schedule, I like to be able to have a normal routine for 2-3 weeks, to at least start to build up the habit and create a stronger likelihood that I’ll continue to work the plan while I’m traveling. That’s not the best timing, but it’s an opportunity to learn how to stick with the plan and make adjustments as things (inevitably) arise.

We’ve all heard at one point or another that it takes 21 days to create a new habit. I read that in countless articles and personal development books. What I didn’t know is where it came from. In 1960, Maxwell Maltz published a book called Psycho-Cybernetics, which many personal development teachers such as Zig Ziglar, Tony Robbins and Brian Tracy have all used as a foundation in their respective works. His background as a plastic surgeon, he noticed that it took patients 21 days to get used to their new faces. 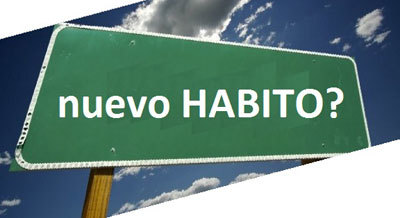 In 2009, that standard was flipped on its head. A study done by the Cancer Research UK Health Behaviour Research Centre looked at how long it took participants to reach

“a limit of self-reported automaticity for performing an initially new behaviour (that is, performing an action automatically), and the average time (among those for whom our model was a good fit) was 66 days.”

Some participants took as long as 254 days for the new behavior to become automatic.

That’s great to know, especially if you’re trying something new and you haven’t been able to integrate the habit in 21 days.

As with any challenge or commitment, life can get in the way. What do you do when that happens? In this case, I prepared myself as much as I could. I knew I was going to be in an unfamiliar place, with no real set schedule and structure. I’m the type of person who loves structure and stability.

My number one concern was being around English speakers again and wondering if I would forget the Spanish I had already learned. My other concern was maintaining the small amount of momentum I had built up.

I made sure that I had my tools with me. In this case, all I needed was my notebook for writing, my phone and/or iPad to use Speechling and read articles in Spanish out loud. That’s the easy part.

The hard part was playing tourist all day and remembering to study in the evening or whenever I could. I got creative with my time commitment, too. At first, I had committed to one hour a day of study. To study for an hour in one sitting is a challenge for two reasons 1.) my mind can only absorb so much in one sitting, and 2.) that’s a lot of time at once.

What I did was break up the study into 15-20 minute chunks. That’s much more manageable on my calendar and on my mind.

At best, my learning was sporadic. That’s not a judgment on myself, that’s just what happened. I did well the first few days in London as I had time and space to study. I would study for about 15-30 minutes every other day. Not the hour a day I had intended to accomplish, but I am happy that I did keep up with my learning, instead of giving up and dropping it altogether.

When I returned home, it took a day or two to get back to the normal routine. Now, I’m eager to keep learning and progressing.

Where I Focused My Learning

I used the time away to focus on pronunciation and reading. Speechling was a big help with the pronunciation part. What I realized when I started this challenge, I really needed to work on pronunciation, especially vowels. My mouth seems to get a little lazy when I speak. I’m so used to speaking a certain way without really thinking about it. It’s a shift that requires presence and awareness.

To help improve my pronunciation and to learn how my mouth moves, I started to do a vocal warm up, similar to what singers do before a performance, not only to warm up my vocal chords, but to warm up my mouth muscles and get them used to moving in a certain way.

Here’s a video of me trying to do a warm up. It’s slightly silly, but it works!

As you can see, I started by elongating the vowels and saying them slowly to get my mouth moving and warmed up. Then I started to shorten the vowels, as that’s how vowels are usually pronounced.

I also focused on writing & reading. I’m using the book Practice Makes Perfect: Complete Spanish Grammar. Personally, I learn a lot from writing. This book helps me with verb tenses and vocabulary. It is a little bit on the dry side, but I do know that I’m starting to use proper tenses when I’m speaking.

A while back, I put a hold in my local library for the book Fluent Forever: How to Learn Any Language Fast and Never Forget It, by Gabriel Wyner. It became available and I downloaded it. Wyner writes the book from his experience being an opera singer and having to learn six languages and being fluent in all six. It’s impressive and what he shares (so far) in the book is insightful. He emphasizes that learning should be fun because that’s how we remember. He also stresses three things in the book:

I’m looking forward to reading more and learning more about how the language can come more naturally.

Aside from these tools, I have been tuned into Spanish radio and reading Spanish papers such as El País for news and Marca for sports coverage.

How do I know I’ve Improved My Spanish Speaking Skills?

Even though I’m only 17 days into this adventure, I know that there are certain results I’m already noticing:

When I returned from my trip, I feel like my comprehension increased a great deal. I must have been in the zone or something, because I was able to understand 85-90% of conversations.

I’m still far from perfect, though. I did have a moment the other day trying to say Jerez. I was having a conversation saying how I’d like to visit Jerez de la Frontera. I didn’t initially pronounce it with the guttural “he.” I tried it a few more times and reached the point where I just started to giggle and couldn’t stop. That’s probably the most fun I’ve had making a mistake and I hope to have many more of those moments.

When I first arrived in Spain, I didn’t want to say a word. I let my partner do all of the talking because I was shy or embarrassed about it. From what I’ve learned and understood about learning a language, [the monitor](LINK GOES HERE) in me gets in the way. When we learn a language, we have an internal monitor or our inner perfectionist, that keeps us from speaking. That pattern held true until I started this challenge. 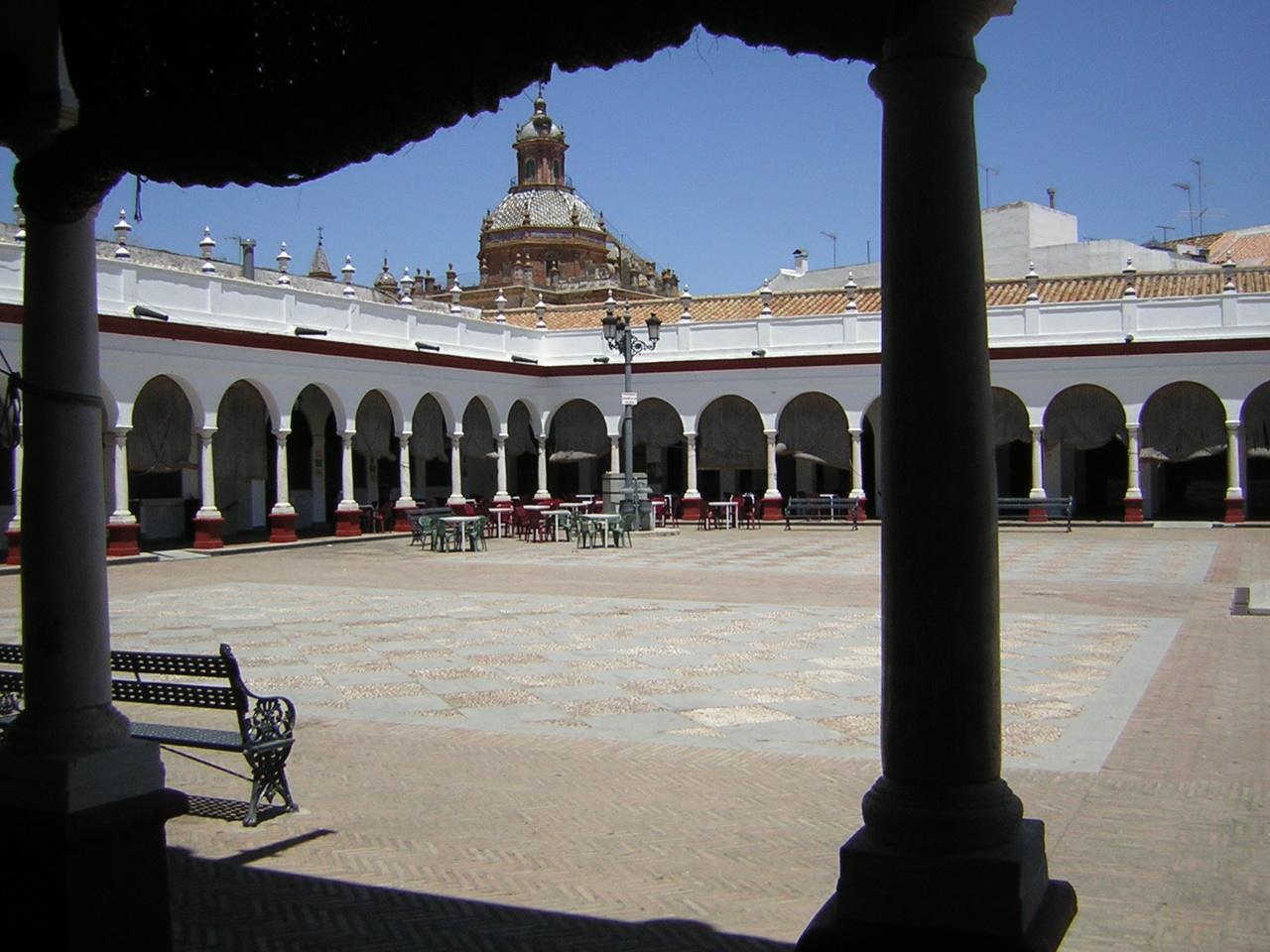 I did have a moment while getting produce. The conversation went like this:

Hi, how are you (very informal).

Pretty basic, right? I think the vast majority of people can get that far. Now here's where the fun begins.

Do you have melon?

The shopkeeper goes behind the counter and shows a nice green melon.

Half a melon, please.

He pulls out the melon and I realized that the melon was small and I would rather want the whole melon. The problem was, I forgot how to say I’d like to have the entire melon instead. Hand gestures didn’t work. Saying it in English didn’t work.

He just looked at me, smiled while I frantically tried to remember how to ask for the whole thing. Then a word came to mind…

He chuckled a little bit, and asked if there was anything else I’d like. I asked for four nectarines and I was on my way.

Despite that stumble, my confidence has gone through the roof. I'm slowly, but surely putting the words together and making complete sentences. I’m eager to go out and try to practice on unsuspecting locals. In the last few days, I went to the grocery store, the farm stand to get produce and go to the bakery and pick up bread for the weekend. I understood most of what I was being asked and I was able to answer back. It was small talk, mostly, but a victory nonetheless.

I am very eager to continue my learning and practicing on folks around here. They might be shocked to know I can actually speak!