Now that you are learning French and have come to terms with some of the basic grammar and vocabulary, it is time for the next step... reading your first French book!

In this article, I share my list of my personal favourites with you to get started. This list is varied and has a range of subjects (crime, science, literary, romance...). I am hopeful that you will find something that you like, and dive into your first (or next!) French story right away. 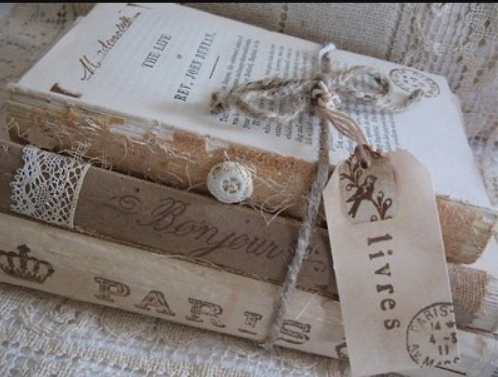 Why? Why read, you ask? Because reading books in the language you are learning has some great benefits.
You will be able to:

However it can be a bit painful and discouraging if you pick a book that is too difficult for your current level. As with any language, certain styles of writing are more difficult to read and understand than others. Choosing a book that you will enjoy as your first experience of French literature is, of course, very important.

You could start with any of the classic novels by world famous French authors like Guy de Maupassant, Victor Hugo, Honoré de Balzac or Albert Camus. But how about looking at some of these different authors in your discovery of French literature?

Start reading with these livres 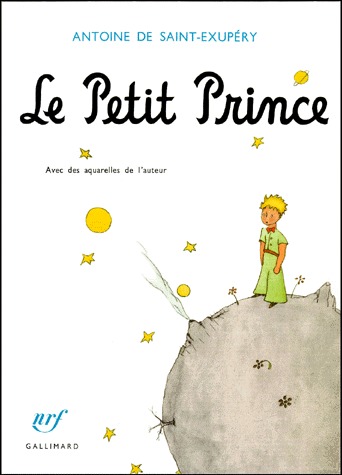 Le Petit Prince is a poetic and philosophical tale, written by Antoine de Saint-Exupéry.
Saint-Exupéry was a French writer, poet, aristocrat and a pioneering aviator, who disappeared on a flyover mission during the second world war in July 1944. “Le Petit Prince”, originally published in 1943, is the most famous book ever written by Saint-Exupéry but also one of the most famous children’s novellas in France. It has since been translated into over 300 languages.

The story: “Le Petit Prince” tells the story of the meeting between a pilot stranded in the desert, who is trying to repair his plane and meets a young prince coming from a tiny asteroid.

Despite the childlike watercolour illustrations made by Saint-Exupéry himself, this classic piece of French literature is not only for children, but can have a strong resonance with adults as the book broaches important questions about life, friendship, love and human nature.

For who?
“Le Petit Prince” is written in quite minimalistic French and since it is a short story, I consider it a perfect match if you have a A2,B1 level and want to start gently. A French/English bilingual version is also available, including an audio CD. 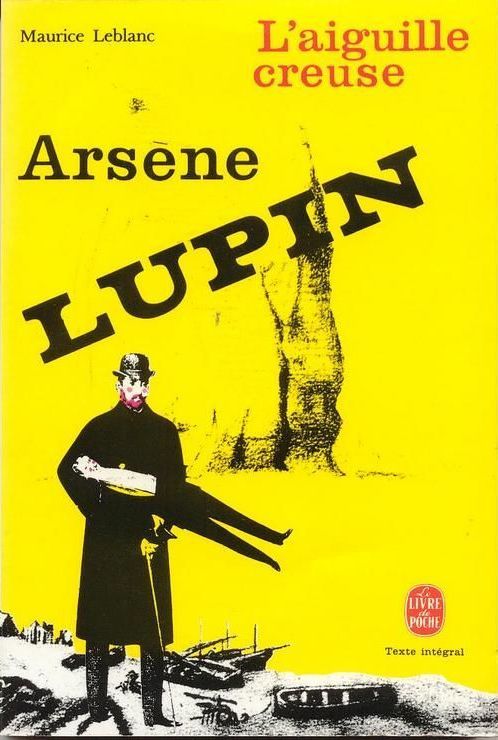 Arsène Lupin is a fictional character introduced by the French writer Maurice Leblanc in several novels and novellas from 1905.

For who?
Initially written for young adults, these novellas are for those of you who like mystery, crime and investigative stories and want to know more about one of the most famous detectives in French literature.

You can start by testing the water with “Les huit coups de l'horloge“ or “Le bouchon de cristal” and go further with “L’aiguille creuse” or “Arsène Lupin, gentleman cambrioleur”, which will be a bit more challenging to read.

The main character of these novellas has been adapted into the movie "Arsène Lupin", starring a few famous French actors and actresses (Romain Duris and Eva Green) and of course, it is in French! 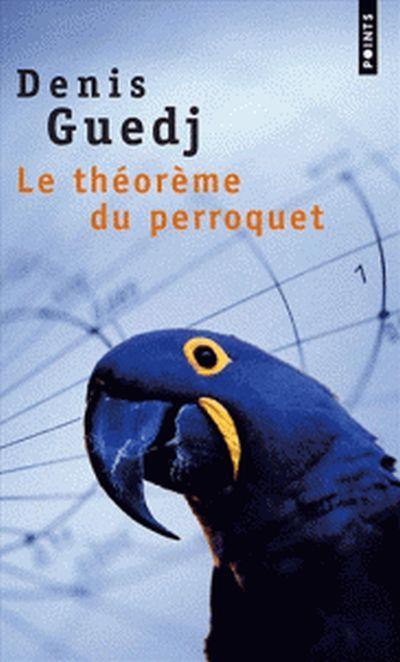 Le Théorème du Perroquet, published in 1998 and written by Denis Guedj, a French novelist and a professor of The History of Science specialized in the popularisation of mathematics.
Several of his novels put the spotlight onto Science and Mathematics, like “Les mathématiques expliquées à mes filles”, “Les Cheveux de Bérénice” - about the measuring of the earth - or “Le théorème du perroquet”. Besides his writings, Guedj also created courses and games to teach adults and children mathematics.

The story: this novel is an exploratory trip into the history of mathematics from its birth to current days. Guedj makes mention of the greatest mathematicians like Thalès, Pythagore but also Abel, Galois, Fermat and Euler and also delves into the creation of their theories (appearance of algebra, Fermat theorem…). However the core story is not just about Math, but a mysterious crime to solve with the help of a curious parrot.

For who?
“Le théorème du perroquet” is the perfect novel for those who like crime and want to know more about mathematics. Although the novel is a little long, it is still a good start for novice French learners. 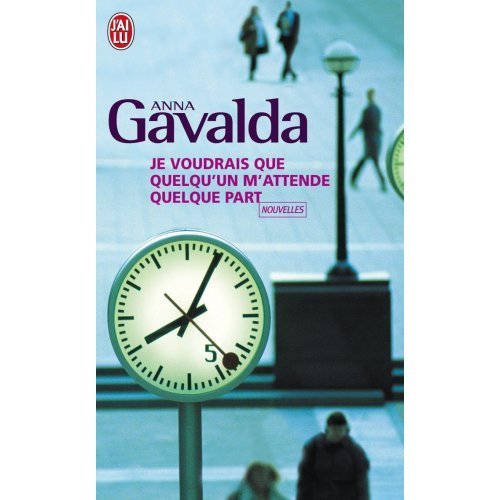 Je voudrais que quelqu'un m'attende quelque part is a collection of twelve short stories written by French author Anna Gavalda and first published in 1999.
The novel has been very successful with about 2 million copies being sold worldwide and several awards being won by the author.

The story: each story tells us about a period of the life of one or several characters, which are just ordinary people and could be you or me.
Each of the twelve novellas is focused on various, but common topics which describe how the protagonist deals with events like: falling in love, having a bad encounter, wanting revenge, facing death, being guilty of a crime, etc.

With these novellas you might be touched, have a laugh, smile or be surprised and who knows maybe you will recognize yourself in one of these interesting situations?

For who?
The writing style here is more of a slang style so it is perfect if you want to improve that aspect of the language and learn some common expressions. Plus, since the stories are short, it makes them ideal if you don’t have too much time and want to ease yourself into French literature. 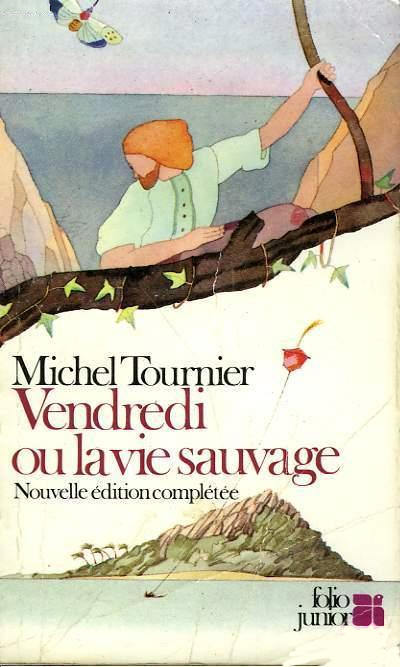 5. Now for an adventure with “Vendredi ou la vie sauvage”

Vendredi ou la vie sauvage is a novel written for children by Michel Tournier, published in 1971 and inspired by Daniel Defoe's Robinson Crusoé.
Tournier is one of the most famous and memorable french storytellers of the twentieth century. He contributed a great deal to French literature with several novels for children and adults, one of these being the one I want to discuss. It also happens to be a novel I studied while at school.

The story
“Vendredi ou la vie sauvage” is about adventure, dreams and escape, since it is the story of a stranded man who ends up living with a dog on a Pacific island.

For who?
Written for young adults and children, "Vendredi ou la vie sauvage" is a good fit for beginners in French, while approaching common and interesting topics like loneliness, time and our relationship with nature. 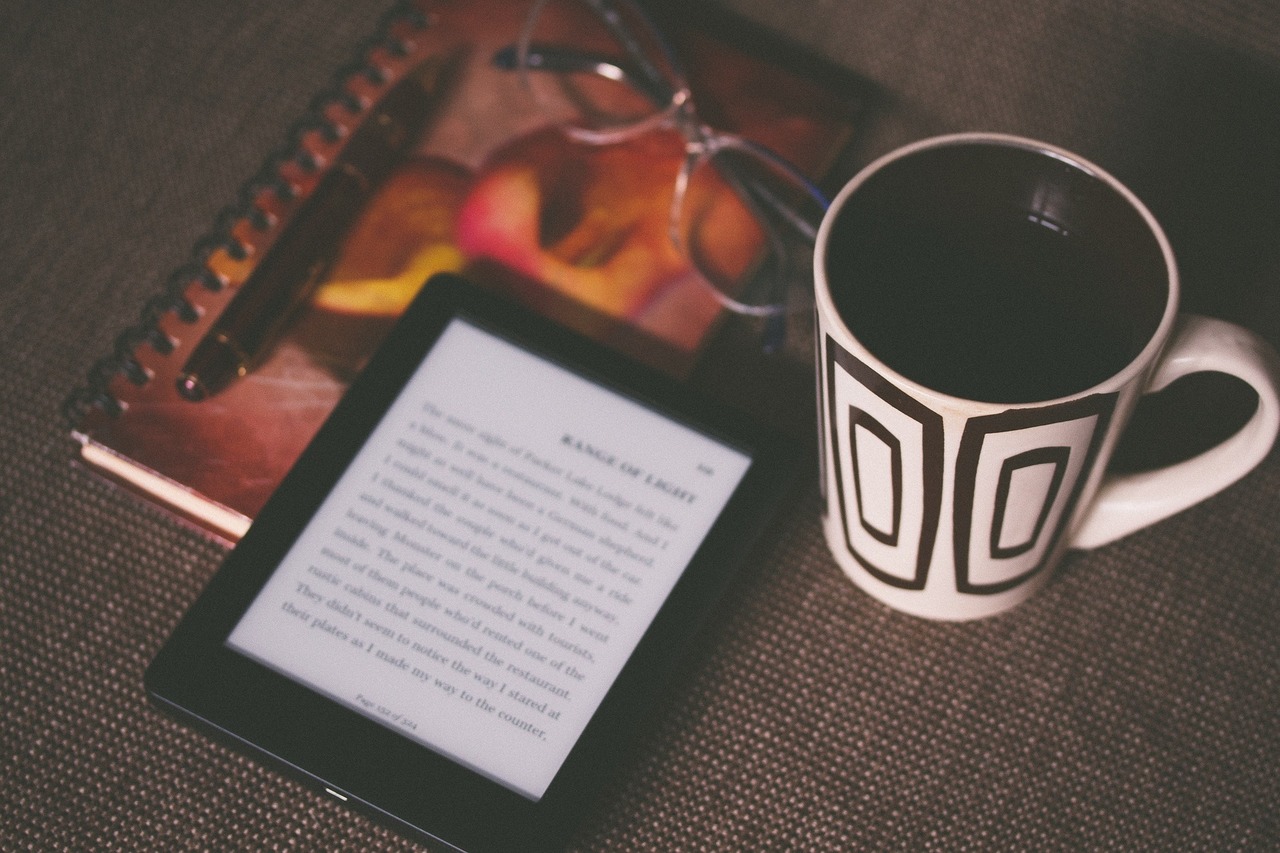 So it’s now time to make your choice and get started with your adventures in French literature. My recommendation would be to start with the topic that is most appealing.
However, if you are still unsure and need some help deciding, then my personal favourite is “Le Petit Prince” which is nice gentle introduction.

Now grab yourself a drink, arm yourself a pen, notepad and get started... Good reading!