After studying Korean for a while, you’ll realize a great way to improve is extensive reading. Reading Korean books exposes you to a wide variety of vocabulary words and grammar structures, allowing you to passively absorb various concepts, as well as see them in practice.

Still, it’s easier said than done. Reading Korean books means reading vast amounts of hangul, which can be difficult for non-natives to process. You’ll also run into complex sentences and obscure vocabulary, not to mention literary phrases and metaphors that might just fly over your head.

Instead of jumping straight into long, complicated works such as classic Korean literature or dense academic works, try out Korean YA books. YA books, short for young adult books, are written for a teenage audience, so they contain simpler language and more digestible themes. That makes young adult books perfect for Korean language learners.

Don’t know where to start? We’ve got you covered. Here’s our list of the five best Korean YA books for studying Korean – all best-selling, critically acclaimed works within Korea itself. 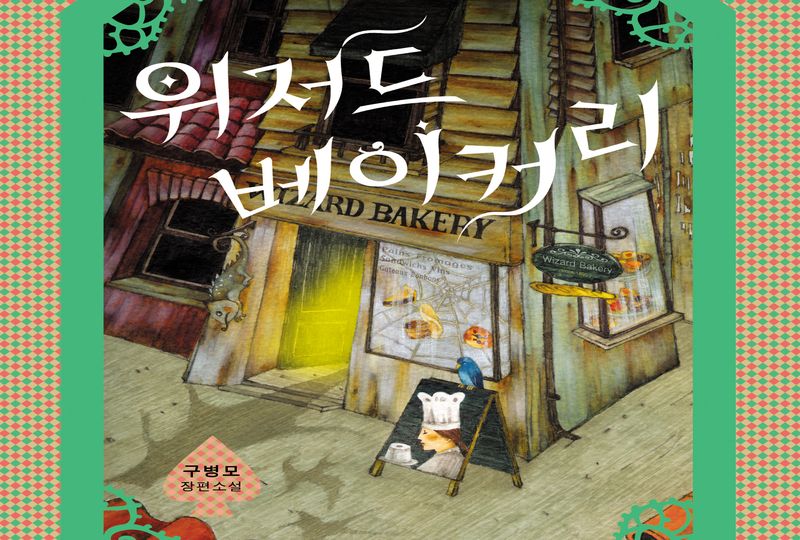 The 5 Best Korean YA Books for Learning Korean

South Korea has a robust publishing industry that prints thousands of books every year. Unfortunately, most of these books don't get translated into English. To fully appreciate Korean literature, you have to be able to read Korean. Our list of top five Korean YA books is only a small slice of the Korean literary scene, but it's a start!

1. Wizard Bakery by Gu Byeong-mo – A Fantasy YA Book About Bread and Magic

Wizard Bakery has become a classic of Korean YA books. First published in 2009, it quickly became a hit, lauded for skillfully mixing together mature themes and fantasy elements. Since then, it continues to be a bestseller, cementing its place as a staple in Korean young adult literature.

Wizard Bakery is the tale of a teenage runaway hiding out in a magical bakery. The protagonist is a shy boy struggling with an unfortunate stutter, forced to flee his home after a fraught situation involving child abuse. He takes refuge in a bakery in his neighborhood, run by a pair of magic users who sell goods with fantastic properties – cookies that curse people, muffins that give luck, and pretzels that make people fall in love.

This fantasy Korean YA book deals with heavy themes such as sexual and child abuse, abandonment, and neglect. Numbering over 200 pages, it features vocabulary that may be difficult for beginners, but it’s perfect for high intermediate learners. Wizard Bakery is available as a Korean language audiobook. As of this writing, there is no English translation. 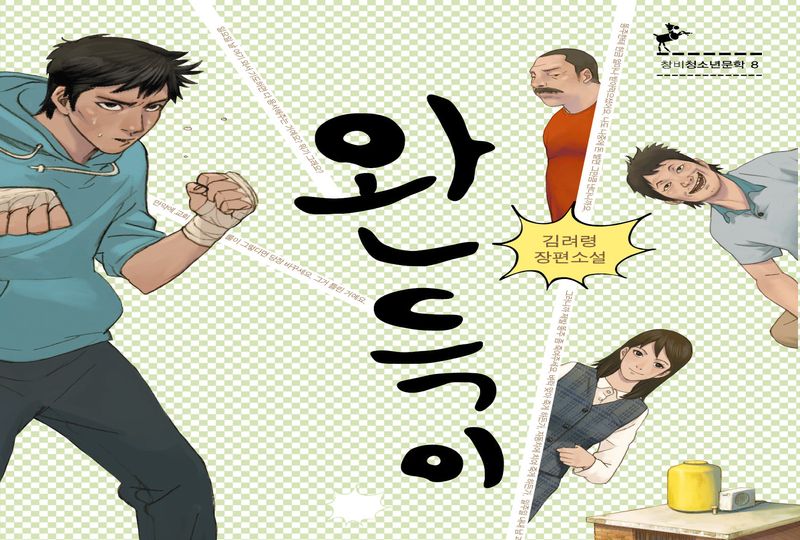 2. Wandeuki by Kim Ryuryeong – A High School YA Book About Kickboxing and More

Published in 2008, Wandeuki is another staple of Korean young adult literature. On the surface, it’s a simple coming-of-age story about a boy who takes up kickboxing, but the real reason it’s become popular is because of its examination of social issues within Korea.

The titular character – Wandeuki – is a moody teenage boy who has moved to Seoul to attend high school. He comes from a disadvantaged background, from a poor, wandering family that has settled into a low-class neighborhood, with a disabled father and an unknown mother who left along ago.

That would be bad enough, but it seems that his eccentric homeroom teacher really has it out for him, singling him out for attention – mainly criticism. Even worse, it turns out that his teacher lives in the same neighborhood as him, so he gets pestered day in and day out. Things come to a head when the teacher reveals that he knows Wandeuki’s long-lost mother.

A little over 200 pages long, Wandeuki is a Korean YA book with a first-person narrative that explores the thoughts of a teenage boy, with all the cluelessness and cynicism as one might expect. It is available as a Korean audiobook. As of this writing, there is no English translation.

In 2011, Wandeuki was adapted into a movie, which hit the number one box office spot. Its English title is Punch. Notably, it stars Yooh Ah-in, one of the most famous actors in South Korea. 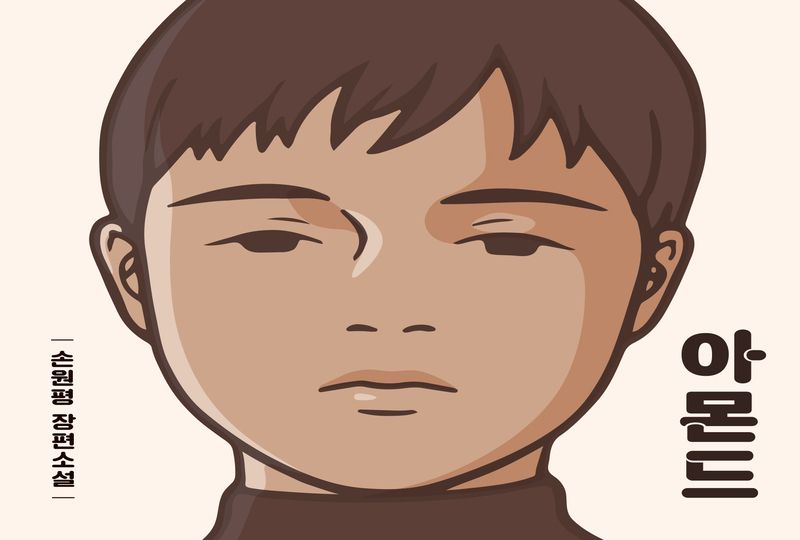 3. Almond by Sohn Won-pyung – A Contemplative YA Book About a Boy Who Feels No Emotions

Published in 2017, this YA book has become a runaway bestseller in Korea and has racked up a respectable list of accolades.

Almond is the story of a boy named Yunjae, who was born with an unusual condition called alexithymia, in which a pair of almond-shaped glands in his brain fail to function properly, leaving him unable to feel emotion – no anger, no sadness, and no happiness or love.

As such, Yunjae is considered a “freak” and a “monster” by his peers. Though he is supported by his loving family, a sudden accident leaves him to fend for himself just as he enters high school. There, he meets a wide range of characters and learns about humanity from them, just as they learn from him.

Almond is a short book that numbers between 250 and 300 pages, depending on the edition. It’s a great book for picking up vocabulary about school life, psychology, and emotional musings. Written in a simple style that reflects the protagonist’s mindset, with short sentences and staid observations, it’s a great book for intermediate Korean language learners. 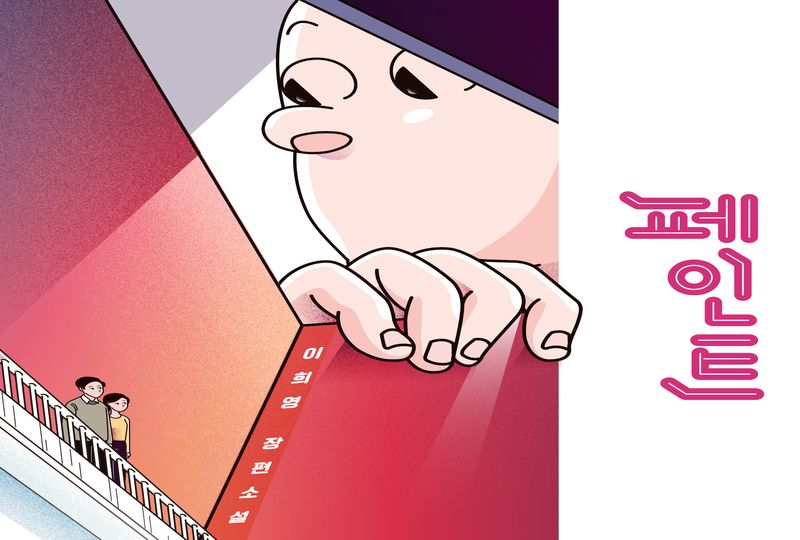 4. Paint by Lee Hee-young – A Light Sci-Fi YA Book About Family and Society

What if you could choose your own parents?

Published in 2019, Paint is a Korean YA novel with light sci-fi elements. Set in the near future with robots and holograms, the Korean government has passed a policy in which abandoned and orphaned children are raised in state-run child centers. When the children become teenagers, they have the opportunity to choose their own parents from a pool of qualified candidates.

Our main character is a seventeen-year-old boy named Jenu 301. Unlike his peers, he seems uninterested in finding a new family, rejecting all the candidates that have come his way, somehow unsatisfied with the whole process. Then he meets a pair of intriguing new candidates, unlike any others he’s seen before, and wonders for the first time if he’s met his match.

Another bestseller, Paint is a Korean YA book with that asks questions about family, identity, and society. Just over 200 pages, it is a relatively quick and easy read. It is available as a Korean audiobook. As of this writing, there is no English translation. 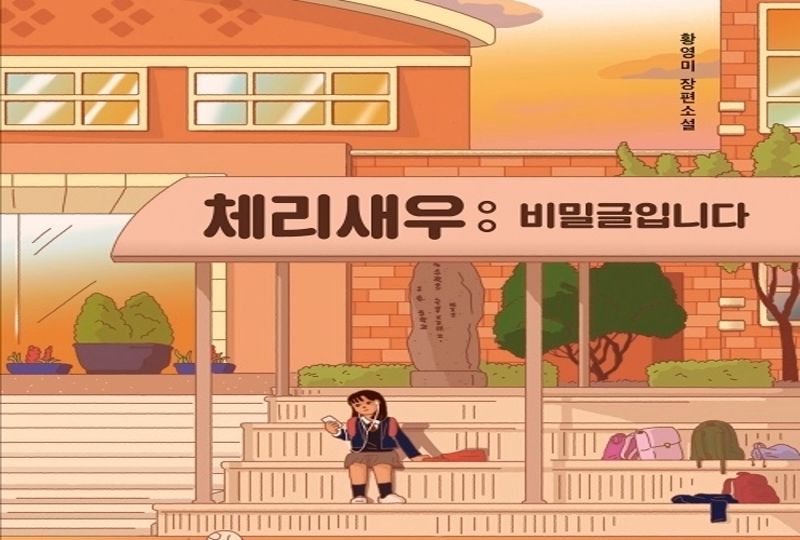 5. Cherry Shrimp by Hwang Young-mi – A High School YA Book About Fitting In

Published in 2019, Cherry Shrimp is a story about a shy teenage girl named Dahyun who has trouble expressing herself to her friends, as she fears that they will judge her for having strange tastes such as classic music. So instead, she writes her thoughts out in a private blog called “Cherry Shrimp.”

Once a social outcast, Dahyun is now part of a five-member group of friends, and she tries very hard to accommodate the other group members, fearful of being outcast once again. Her friends warns her against a classmate called Eunyu, but as Dahyun gets to know Eunyu and grows closer to her, she realizes that her friends are wrong and that she must learn to stand up for herself.

Cherry Shrimp is a simple coming-of-age story about school life, bullying, and personal growth. It is a short Korean YA novel that numbers about 200 pages. As of this writing, there is no English translation, nor is there any audiobook. 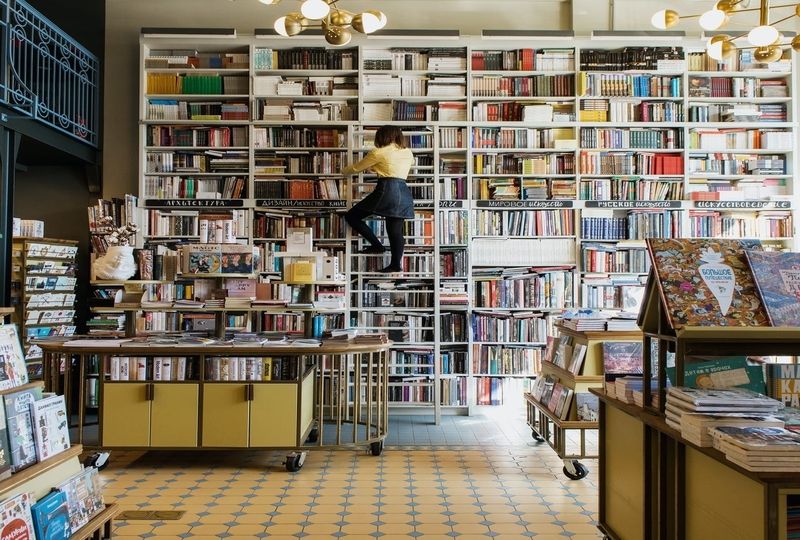 Want to talk more about books? Or want to practice talking in general? Consider Speechling, a language-learning platform focused on improving speech. You can use technological or human coaches to improve your Korean pronunciation and get more comfortable with the language.

Whether you want to learn travel vocabulary or how to order food at a restaurant, Speechling is a great way to gain confidence in speaking a new language. Sign up today!