The goal of this article is not only to bring you motivation relating to language learning, but also to focus on and illustrate the many ways in which bilingualism can improve your lives and the lives of others around you.

Throughout this post, we are going to present you with top 12 significant reasons to strive towards bilingualism, covering why speaking two or more languages in today's world can only be a good thing.

We will discuss both the benefits from a professional point of view, as well as a personal, profound point of view. We'll also cover the health benefits associated with being bilingual, how this affects the brain in a positive way, and how learning a second language can improve your own physcial health. 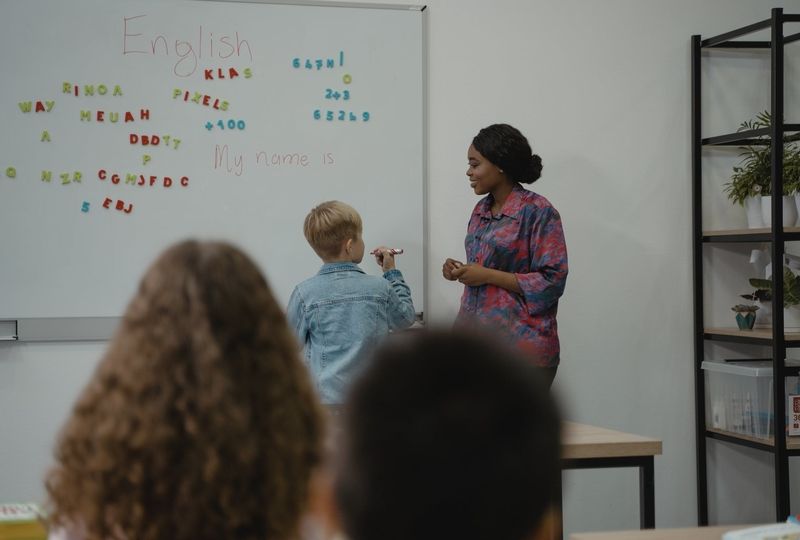 Top 12 Bebefits for Being a Bilingual

Clearly, there are many reasons to be bilingual, and there’s no doubt that being able to speak more one than language has many benefits.

In this article, we've outlined a number of reasons why you should be bilingual and how to reap the rewards of being fluent in more than one language. From increased income to improved physical and mental health, making an effort to learn another language can have a profound impact on your life.

So, let's get to it, and start with something a little questionable!

Today, 84% of Americans and 37% of Brits would find it attractive if their partner were bilingual or multilingual.

Studies have proven that living in two languages can lead to feeling more emotionally mature, more confident and more extroverted.

On a personal level, possessing a higher level of self-esteem can only be a positive thing when it comes to meeting new people or entering the dating scene.

Furthermore, in a recent study by Babbel Technology firms, 71% of the respondents said somebody with a native accent was more attractive and sophisticated - (not exactly scientific but still interesting!) 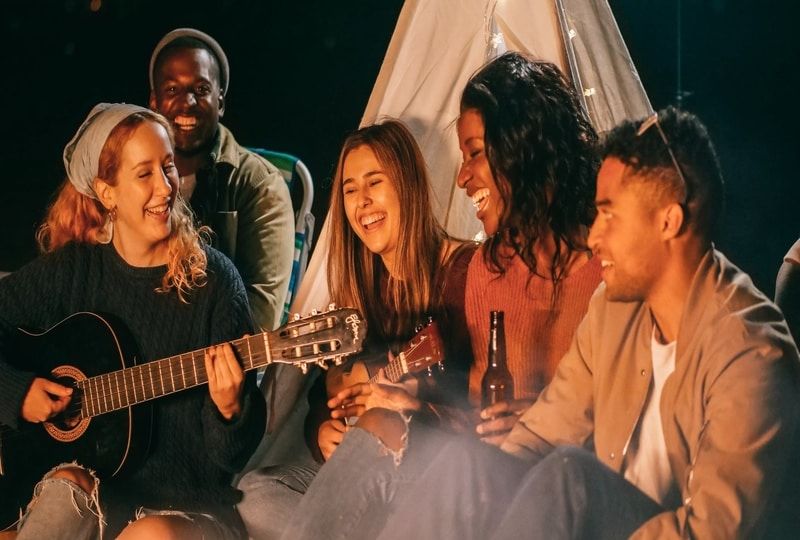 2. Bilingual People Are Believed To Be More Empathetic

It is believed a bilingual person is, typically, more empathetic than a monolingual counterpart.

Other studies show that bilingual people are less likely to suffer from cognitive bias; although they will, of course, have their own belief, they are more able to understand the views of others.
A person who is empathetic is somebody who can understand and appreciate the feelings of others.

They are also somebody who will attempt to put themselves in somebody else's shoes in order to get a better understanding of another person.

So, what's not to like about a trait such as this one?

3. Bilingual People Are Better at Multitasking

People who are fluent in more than one language are capable of switching between languages as and when they are required to do so.

This capability makes people extremely adept at problem solving, as well as multitasking. Some believe it also correlates with being a better driver. We accept some of these statements are speculative!

There are a number of reasons for which being able to problem solve on the spot is beneficial. It allows us to get more done in less time (obviously) which is ideal particularly in the working environment.

4. Bilingual People Get To Experience Feeling Like Different People

This point is particularly interesting. Again, we are going tor refer to research carried out within the field of academia.

In 2020, a group of 2,000 bilingual Hispanic women in the U.S reported feeling more assertive when they speak Spanish, or even feeling different emotional reactions when viewing the same ads in English and Spanish. 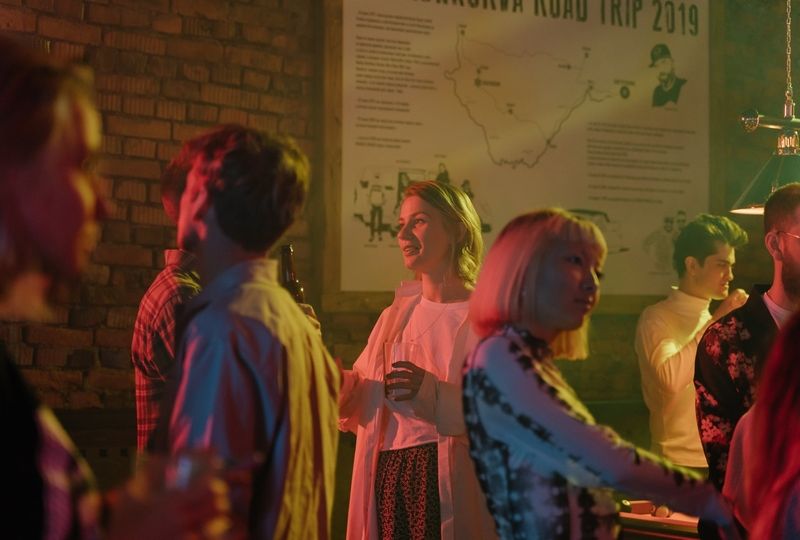 Speaking another language fluently allows you to penetrate the spirit of another culture and other culture.

Being able to speak a foreign language when you travel, for example, could mean being able to speak directly with the natives and establish a more meaningful connection with them.
When you're bilingual, you don't just have basic, superficial conversations with people you meet.

Instead, you can truly connect with people by engaging with them in a deep, meaningful conversation in their local language.

6. Knowing a Second Language Can Open up New Career Opportunities

About half of American language and culture professionals have jobs as translators or interpretation skills.

These estimates don't even include jobs in the military, where individuals with language skills are now actively recruited.
Other growing fields, such as travel and tourism, health services and national security require workers who are fluent in English and at (often) at least one other language.

Intercultural skills - the ability to work across cultures and understand them - are also prerequisite.

7. Why Being Bilingual Literally Pays Off

If you are bilingual, you have a good chance of success at work. Studies show that bilingual employees can earn between 5-10% more an hour compared to their monolingual counterparts.

For some estimates, speaking a first language would be worth about $980,000 over 40 years.

In fact, he estimated it would increase their savings to $667,000 from retirement. 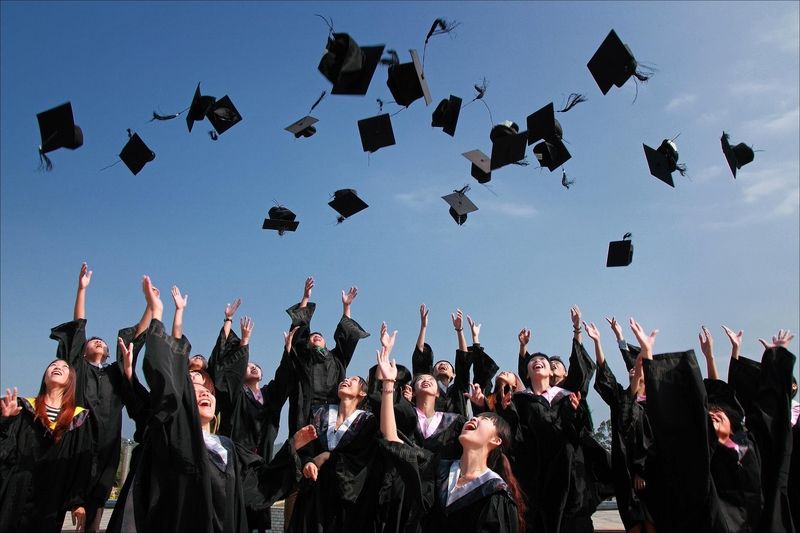 7.1 Financial Benefits of Being Bilingual - The Payoff

We've looked at the financial benefits of a bilingual profession, but the advantages of bilingualism are not solely economic. They also enable you to work abroad ore easily.

Translators, language teachers and various medical professionals are just a few of the professions in which fluency is essential in order to work in a foreign country.

7.2 Interpersonal Benefits of Being Bilingual — Becoming a Social Butterfly

Speaking another language can also be helpful to people in your community, especially family members.

Bilingualism can also make it easier to become romantically involved with somebody. Another Babbel poll found that 70% of Brits feel the benefits of speaking other language.

8. You Are Joining a World of Likeminded People

Being bilingual by no means makes you a minority. In fact, it's quite the opposite.

Worldwide, more than half of us speak more than one language every day. In many countries, bilingualism is even thought to be the norm.

In Spain, for example, most Spaniards speak Castilian, the Spanish also spoken in South America, as well as at least one regional dialect.

This is also the case in parts of France, Italy, South Korea, Russia, Japan, and Germany. 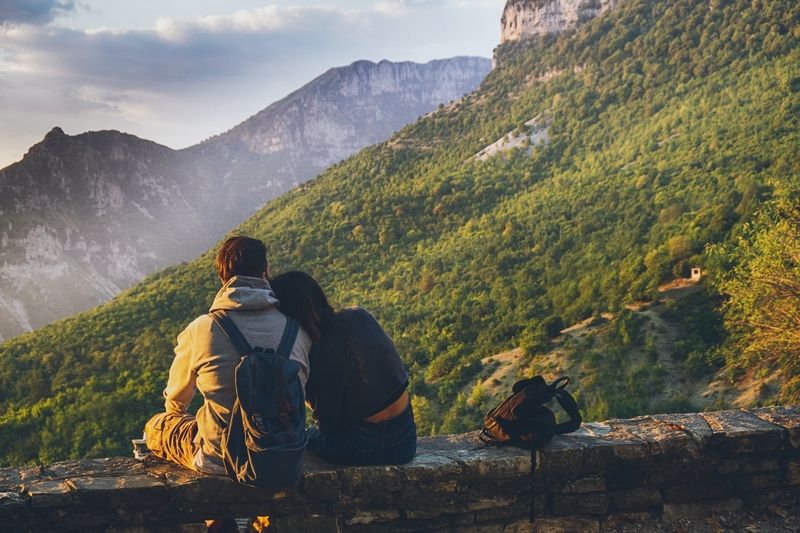 Travel is much simpler and fun if there's no language barrier.
You also will have the chance to speak directly with locals and make more friends on the trip.

In countries with different alphabets, being able to understand the menu is particularly useful!

Without doubt, traveling is more authentic when there's no language barrier; you can experience the fullest experience possible.

10. Knowing More Than One Language Helps You Learn Additional Languages

Another advantage of bilingualism is that knowing a second language makes learning a third even easier.

The more you learn, the greater the enhancement of your language skills.

11. Being Bilingual Has Been Linked to Health Benefits

There is gaining evidence that bilingualism is able to reduce the onset of certain disease.

There are also studies which demonstrate how living in bilingual areas (and thus being exposed to multiple languages in daily life) may slow the onset of Alzheimer's and other illnesses, including stroke recovery and stress levels. 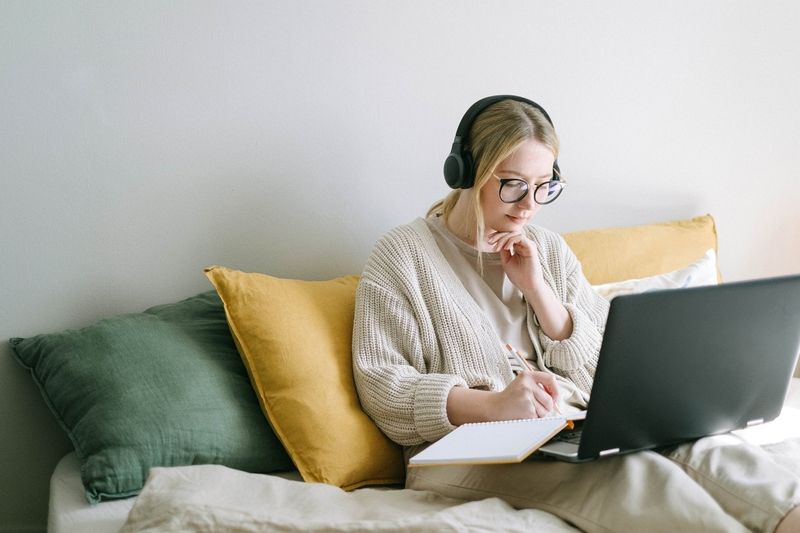 11.1 Bilingual People Tend To Have a Better Memory

Neuropsychologist Rubin Abutalebi from the University of San Raffaele in Milan, Italy, argues that certain differences can be detected between bilingual and monolingual people by examining brain scans.

He points out that language users have significantly more 'gray matter' in their anterior cingulate cortex (ACC) than monolinguals.

Other research by the same neuropsychologist showed that someone who speak more than one language is usually more able to remember new names, items in a shopping list or specific directions -- very specific applications of a strong multilingual brain indeed!

When someone hears a word, it causes the brain to guess what one word is and starts activating lots of 'signal' or similar words.
If you hear the English word 'can', your brain is likely to link it to words like 'Candy'.

For bilingual people, this activation is not restricted to one language. An auditory response activates corresponding words, regardless of the languages to which they belong.

11.3. Being Bilingual Improves Your Social Life

The more you speak to people, the better your chances of creating friendships or developing more meaningful relationships.

Possessing language skills enables you to communicate with a wider variety of people than you would otherwise be able to.

As a result, you can increase your confidence in various social situations. This links to our point above self esteem earlier on.
Speaking a second language opens up all kinds of social opportunities, whether you're a student, a young professional or an older adult. 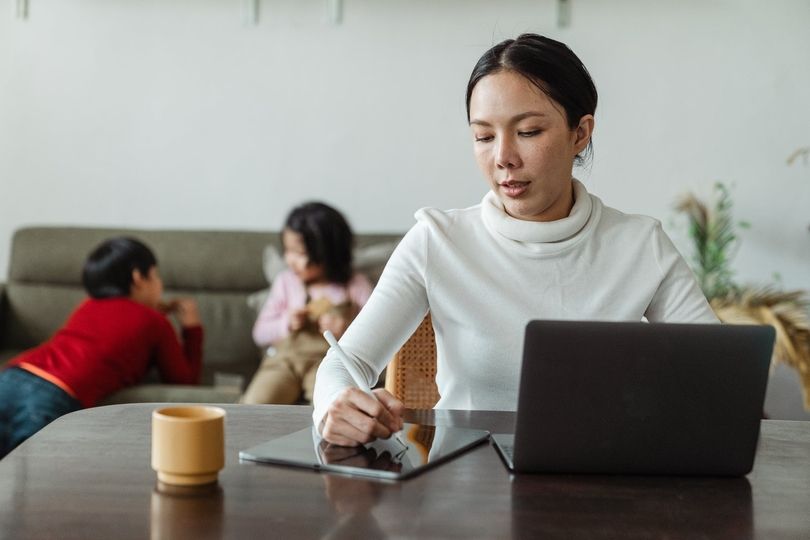 11.4. You Can Raise Your Kids Bilingually

We've spoken a lot about the personal benefits of being bilingual, but it's worth discussing the benefits this can have on your family too.

Raising your children as bilingual can help them to recognise the importance of their culture and heritage.

Of course, it also brings them the benefits we have discussed throughout this article.

Bringing up a child as bilingual provides them with an excellent chance of succeeding professionally.

12. Why You Should Consider Learning a Second Language With Speechling

If you're still with us, you'll have read by now that there are many reasons to become bilingual.

The next step is understanding how to get to that stage. Online language resources are aplenty for both aural and visual learners.
Whether you prefer flashcards and spaced repetition learning, or genuine face to face interaction, you'll find the right app or learning software for you online.

Speechling is a language learning app that helps you master pronunciation—and it's great for travel, work and fun!
Speechling pairs real-world conversations with key conversational phrases so you can practice ways to introduce yourself, order food, have a chat with a native speaker – and do it all without worrying about translating.

Speechling also breaks any wall of text into short phrases, then uses speech recognition technology to analyze how well those words are pronounced.

If you need help or want more information on any word or phrase, just touch the word and receive instant translations.
Speechling's courses are taught by native speakers. These tutors also provide personalized feedback when you opt for a paid plan. So, you can learn at your own pace, with effective guidance. 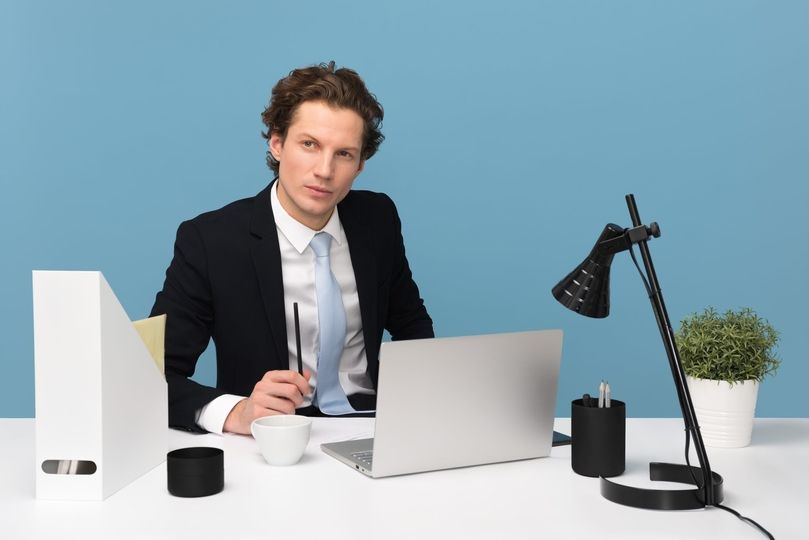 The Many Benefits of Being Bilingual Today

One of the most important benefits is that it can increase your salary quite significantly within the workplace, as well as improve physical and mental health.

If you're looking for a career change or new opportunities, as well as increased income, then learning another language may be an excellent choice for you.

The reasons for being bilingual are many, and we've gone through them in some detail in this post. Undeniably, however, the benefits speak for themselves. If you already speak more than one language, you'll know this for certain.

The reasons we’ve outlined in this article should give you plenty of food for thought if you're considering learning or improving your second language skills—whether it's Spanish, French or Mandarin Chinese.

Let us know what other reasons you think make up a strong argument for why everyone should be bilingual!

We'd love to hear from you!

About the guest author
James Smith is a founder of travel-lingual, providing language learning resources. He loves to travel, to learn new languages, sport (especially football) and cars!

Understand érhuà, the final "r" sound in many Northern Chinese dialects. Learning how to recognize and comprehend these distinctive pronunciations will allow you to connect with Northern Chinese and people from the capital, Beijing.

It's very useful for everyone learning Spanish to learn the days of the week, as they are often used in conversations. Monday - lunes. Tuesday - Mar...

If you have decided to learn Japanese, you most likely wish to visit or move to Japan. Nevertheless, learning a foreign language means understanding how to cope with any everyday situation, including calling for help. Although the majority of situations can be handled by those who are not fluent Japanese-native