So you’re ready to give Mandarin Chinese writing and reading a go. It's a hard path you've set yourself on, but once you've made it, you'll really feel like you've accomplished something great.

This article is all about helping you get there. We're going to introduce the 3 levels of Chinese reading material you're going to encounter, along with when you should be using them, how you can find good material and any other recommendations we have.

So, pick up your controller and get ready, because level 1 is about to begin. Good luck and see you on the other side. 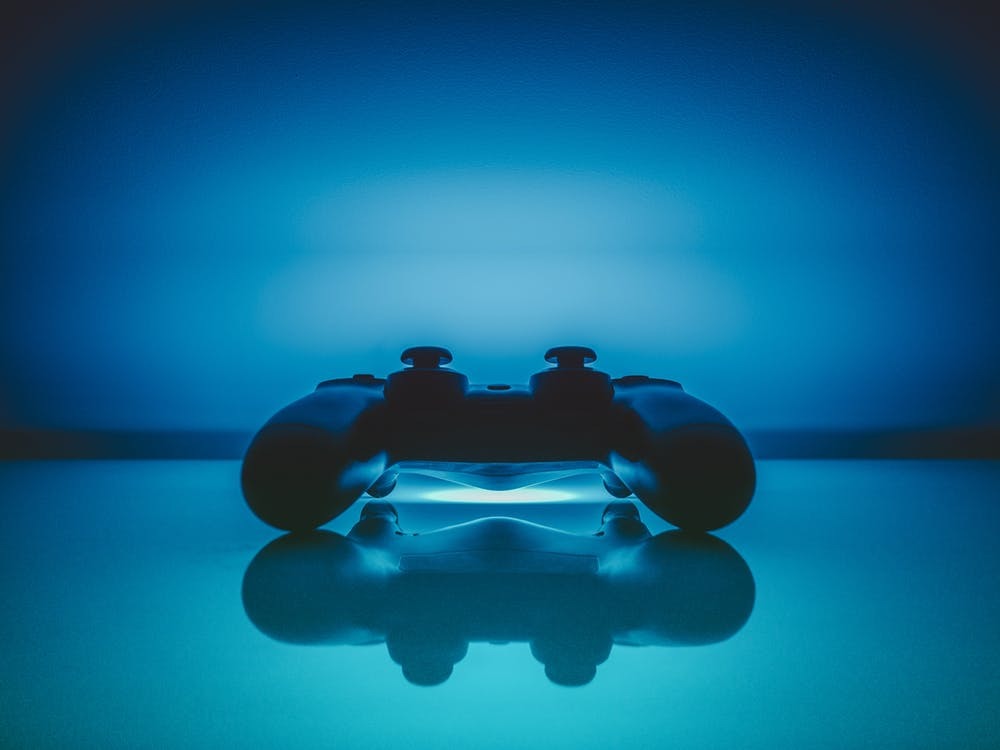 Everyone has to start somewhere and the first level of reading Chinese comes in the form of solely Pinyin. Pinyin being the Romanization of Chinese sounds. This way, you don’t have to worry about the complex writing system you’ve probably heard Chinese is so notorious for. Don’t feel like you’re the odd one out though, even Chinese natives start by learning their written language this way.

At this point, you’re just starting out. It’s very possible that you haven’t even managed to perfect your Mandarin pronunciation yet. In fact, it’s highly likely. Reading just the Pinyin should help to improve that. It’s highly recommended that you try reading out loud, or even recording yourself and listening back to it. This is a great way to catch any mistakes you might make. 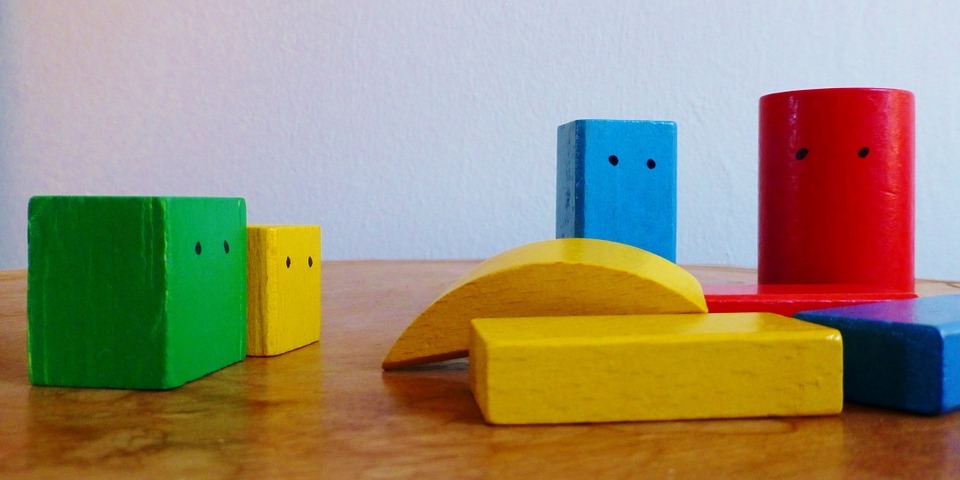 Pinyin is just like putting together building blocks... except it's a language, and it's not usually colorful.

Obviously, the biggest pro is that it’s very easy to learn. Pinyin is practically the same as its English counterpart, with a couple of differences along the way. Check our Ultimate Guide to Chinese Pronunciation to see what those differences are.

One thing which you need to be careful of is how long you do this for. If you focus solely on the Pinyin without Characters, then down the road you’re probably going to encounter a lot of difficulties when it comes to making the switch. If you want to become truly fluent in Chinese, you will have to make the switch. For beginners it’s fine, but keep in mind that you should make the upgrade as soon as possible. 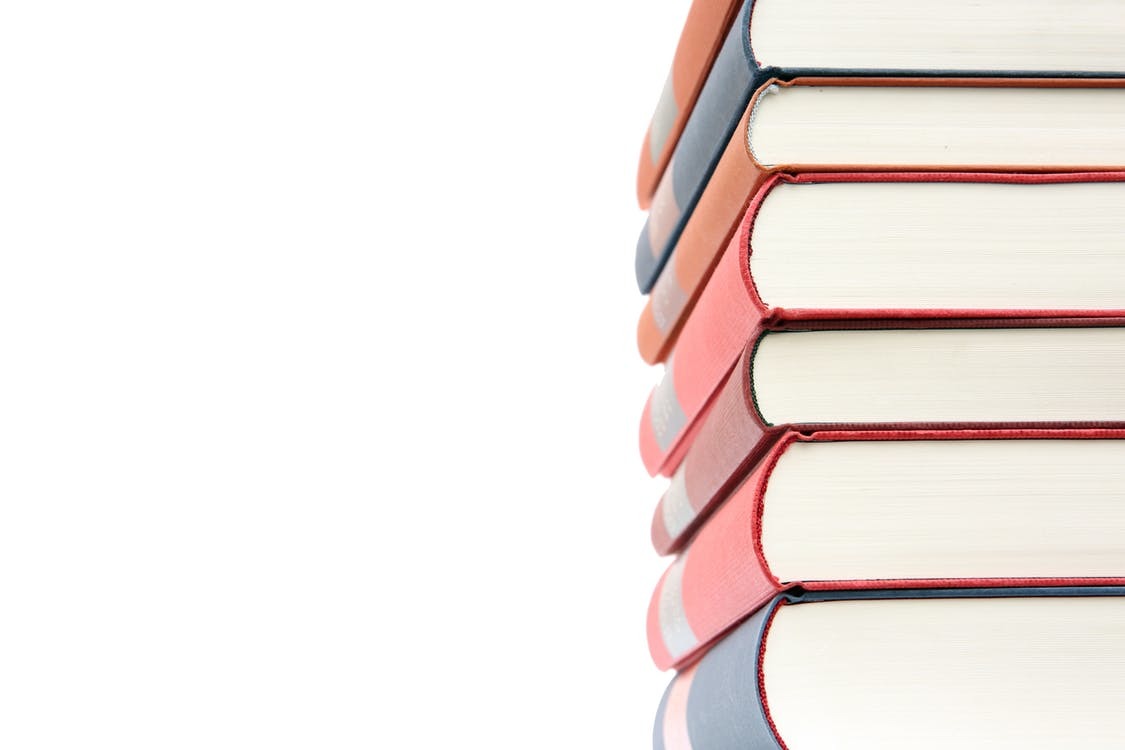 Books: The Source of written material... until the internet.

The best place to probably look for this type of material is in Mandarin Chinese Children’s books or specific learning materials for second language learners. These are both fairly easily accessible depending on where you decide to look.

For Children’s books, you’re probably going to find yourself somewhat uninterested in the storylines (unless you just happen to be a fairy tale connoisseur). However, for most of us older language learners, finding out about how the fox made it his mission to save the rabbit with his love and kindness probably isn’t very high on your list of stories to read this summer. Moreover, chances are that most of the vocabulary you’re going to pick up from the story won’t be very applicable to your everyday life.

For this reason, it might be best to find material specifically designed for second language learners. The material is usually a bit more adult (although you are limited by the language level) and will usually have some more useful vocabulary for you.

However, there are three points which might just detract from the learning experience for most. First, whilst the material is usually more adult in nature and contains themes which older learners might find more enjoyable than Mr. Fox and his shower of love, the language level of people using only Pinyin can still make crafting riveting storylines a challenge. Secondly, these books tend to be a lot more expensive because there is a small audience for them. Finally, they can also be somewhat rare, unless you're looking at a textbook for a solely Oral Chinese beginners course. 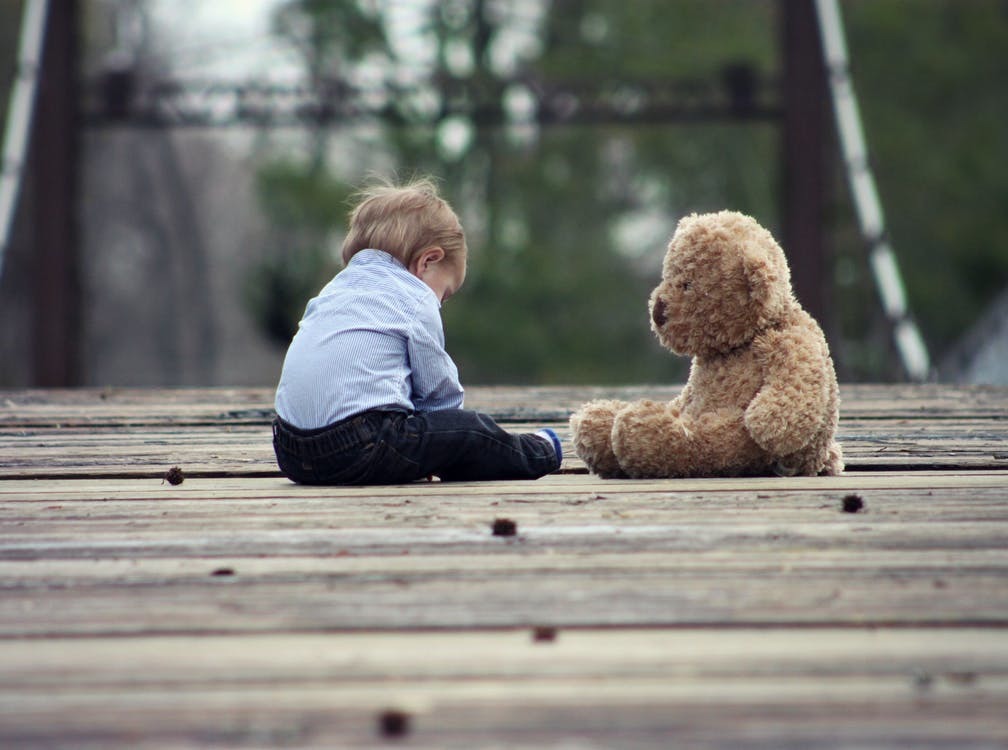 Move past Pinyin as quickly as possible.

Most introductory oral courses will come with just the Pinyin. When they do come with Characters though, you can always ignore them and simply proceed with the Pinyin on its own. 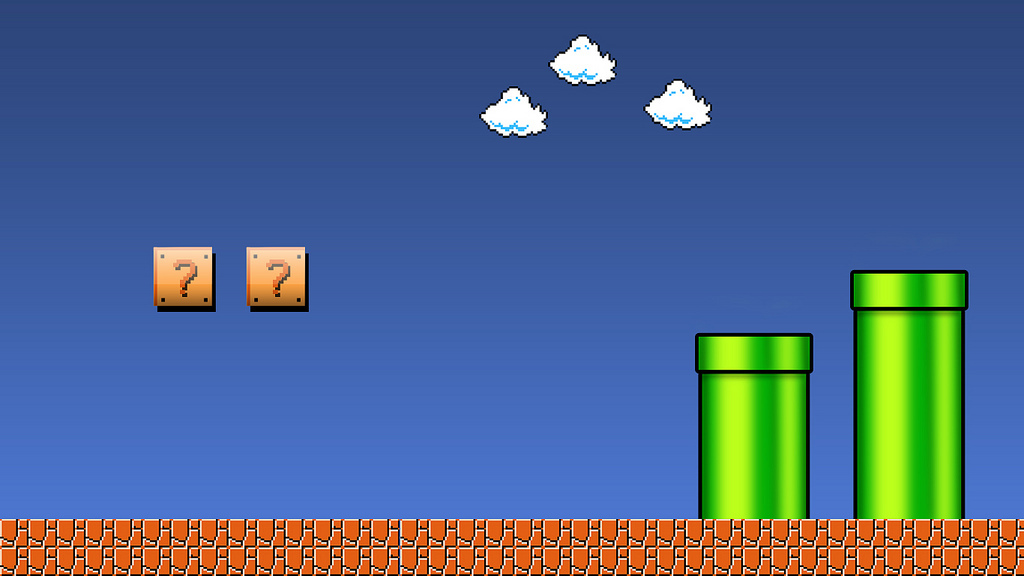 The second level of reading material for learners is the combination of Pinyin and Characters. This level takes things up a notch by introducing you to the basics of written Chinese and having you get more acquainted with its actual everyday writing system, whilst also keeping your head on the ground by providing you with the Pinyin you might need to pronounce it.

Don't worry too much about character overload though. It's true that Mandarin Chinese has over 50,000 Characters. However, no one really knows all of them. In fact, the average educated adult knows closer to 8,000 characters. That's a big difference. The highest level of the HSK test (the official Chinese language test for foreigners) requires just 6,000 characters.

Characters are important though. By this point, you’ll probably have started to notice that you’re struggling to understand sentences with just the Pinyin. This is because you’ve started to learn enough Chinese words that their sounds are now overlapping. Characters help draw a line between the different words and meanings. 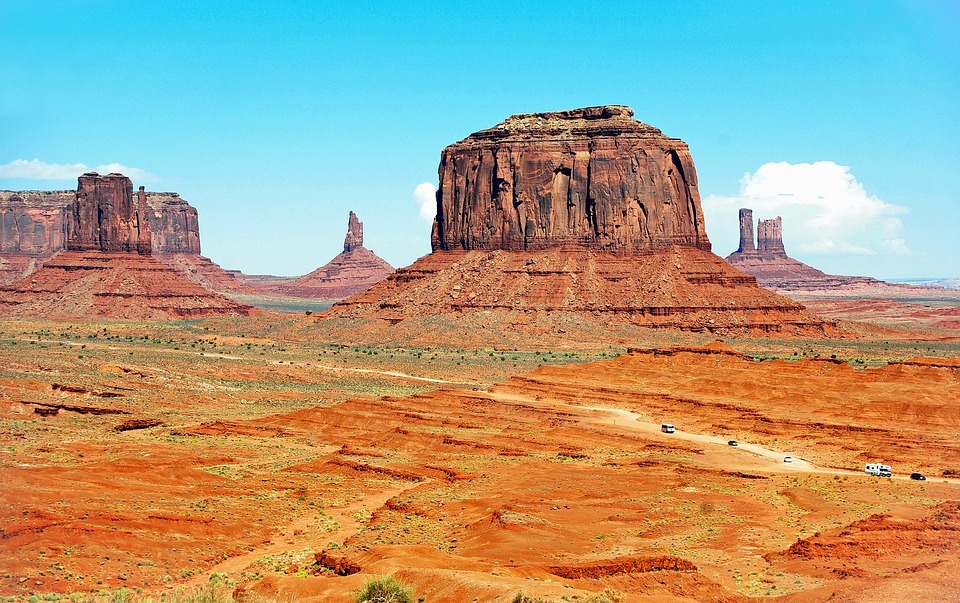 The view from here is immense!

You’re finally starting to learn actual Chinese characters! It feels great, doesn’t it? Of course, it’s a little harder, but that just means it’s worth it!

Probably one of the biggest cons at this stage (and a truly disheartening fact) is that there are over 50,000 characters out there. However, as we already said, to be properly fluent you only need 8,000. That's still a big number, but it's nowhere near 50,000. 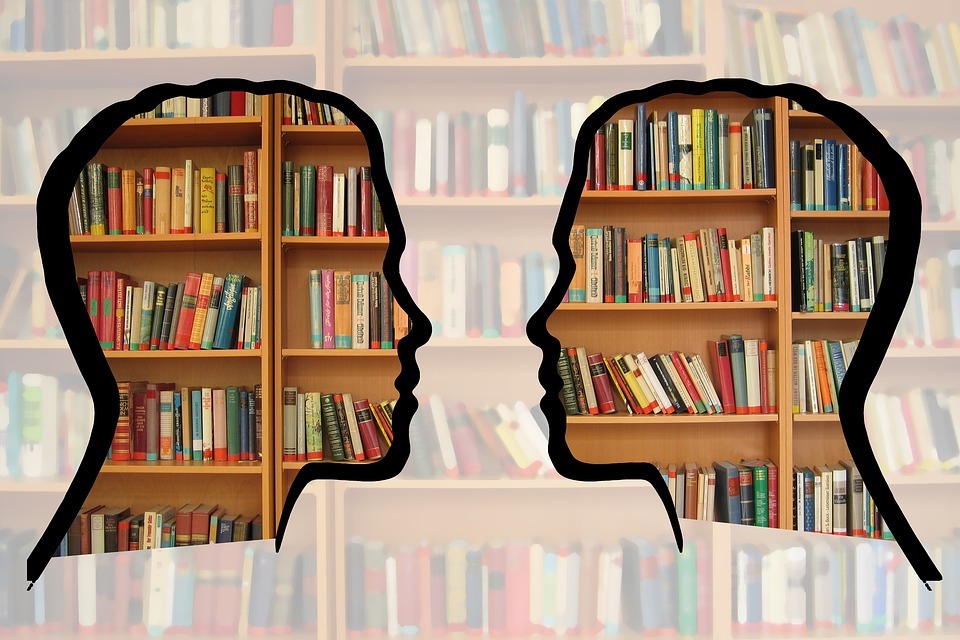 Google "Pinyin and Characters" and you'll find a lot!

There are also educational books which can be bought for this level of reader. They are available all over the place, even EBay has them. However, we highly recommend AVOIDING these if at all possible. At this point, reading material can be found easily (and for free) all over the internet.

Check out online learning resources such as The Chairman’s Bao for relevant news items. You’ll be accessing higher level Chinese and the articles are even leveled. If you’re a beginner, start with the beginner articles, those more advanced can even remove the Pinyin entirely. 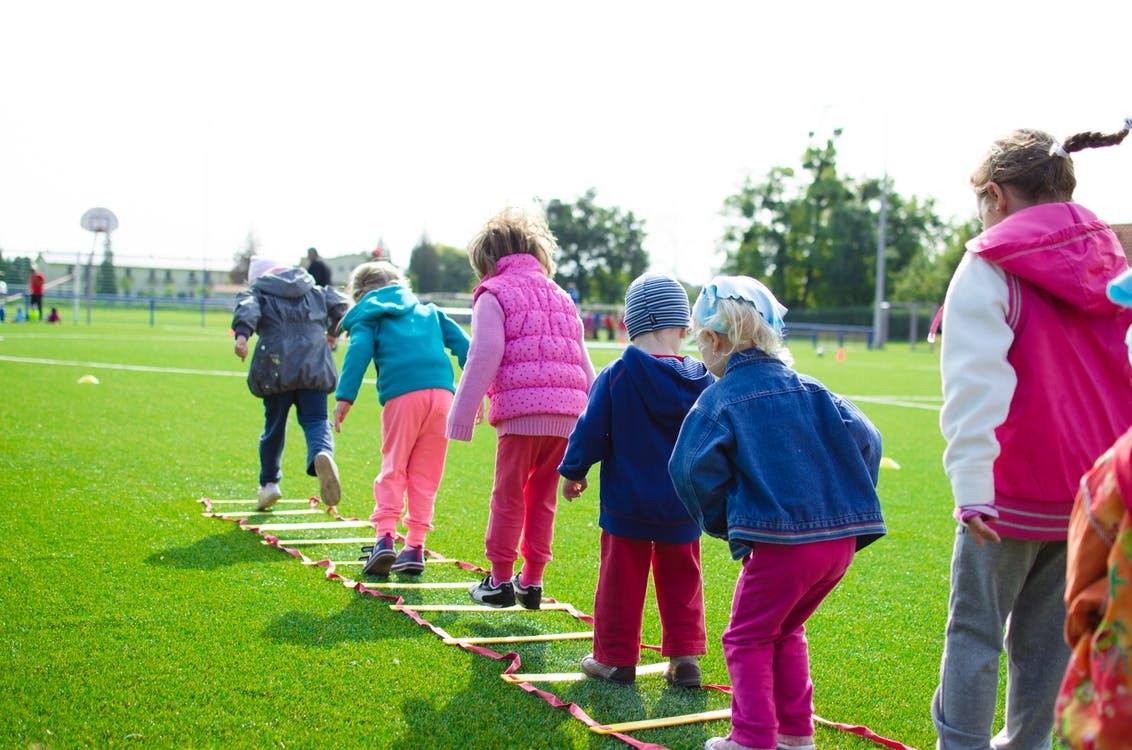 Make sure to put in the time to learn individual characters as you go.

Make sure to put in the time and effort needed to learn individual characters outside of just reading. That means learning the basics of character construction, including radicals. There’s a lot of information out there on the net about this, just give it a Google.

We also recommend having a notebook dedicated to new characters which you encounter. This way, you’ll be able to write them up and come back to review them (that way you won’t forget, hopefully). Because you have the Pinyin though, you should be fine when it comes to actually pronouncing what you find.

You're finally playing the real game

You’ve made it to the final level of Chinese reading: Characters only. Despite sounding as though you’re about to read stories without much in the way of storyline, this stage is actually all about learning the 'flow' of Chinese.

"Characters only" is probably going to take you a while to reach. The material is more complex, is known to sometimes deal with concepts which are a little more esoteric, and will almost definitely come with some characters you have never come across before. There are 50,000 characters though, so it shouldn't really come as a surprise.

The point is, by the time you reach level 3, you should be well on your way to developing a more advanced Chinese reading level. Instead of checking each individual character, you should be able to start getting a feel for how Chinese texts 'flow' to a reader. No longer is the dictionary your best friend, now your already Chinese-capable mind is. 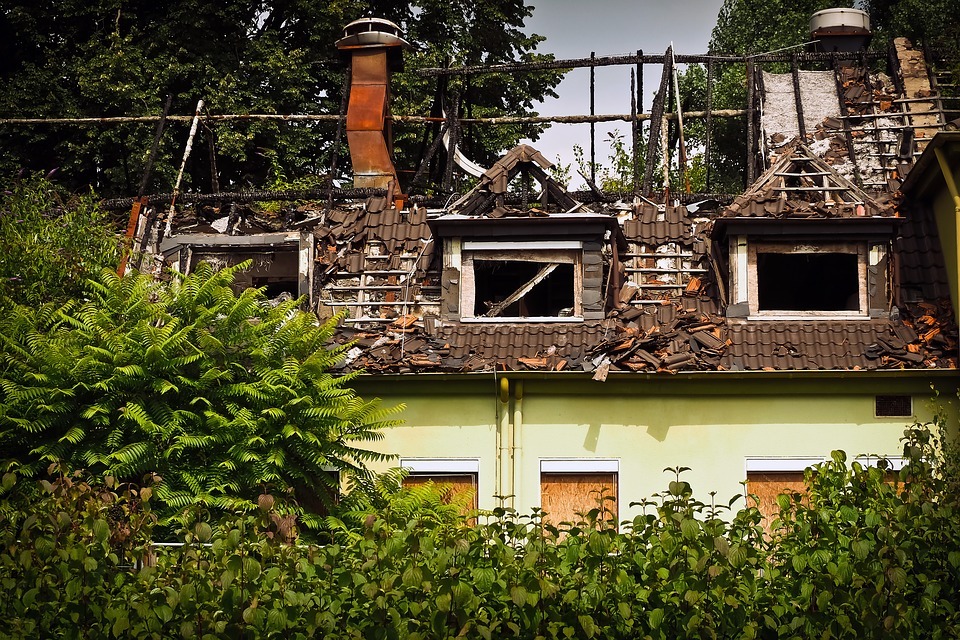 A broken roof from too many books can be expensive to fix.

The biggest pro is that you’re now open to reading basically anything which is written in Chinese. The biggest con is the same thing. With so much material, and so many different topics to cover, your access to new words, concepts and ideas is going to go through the roof. Literally, if you invest in too many physical books (that's why we recommend the internet). 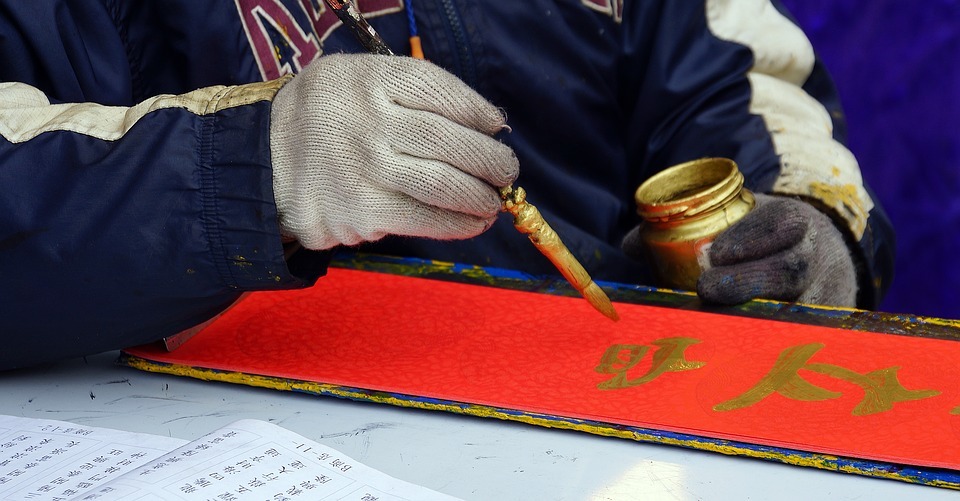 It’s as though the training wheels have come off and suddenly, you realize that there’s a whole wide world out there for you to cycle through. It’s an incredible feeling, but at the same time, you just don’t know where to direct your front wheel.

Well, it depends on what you’re interested in (said every motivational language teacher ever). Unfortunately, this is true. There is a huge wealth of information out there. China is a country of 1.3 billion people (and counting) and a lot of them like to write stuff down; especially on the internet.

We're going to start by recommending a bit of good old fashioned online forums. You may have remembered our previous article Chinese Internet Slang 101. That article contains a lot of places for getting involved (or just becoming an online creeper) with Chinese Social Media. Check it out.

For those looking for something a bit more grounded in reality, a lot of news agencies come with a Chinese version these days. For instance, the New York Times has a version which contains articles in solely Chinese. There is also a link to the English version of the site, so you can see how it compares (Note, not all of the content is the same). The BBC also has a Chinese version. They even include some videos in their content as well, so you can work on your listening skills at the same time. 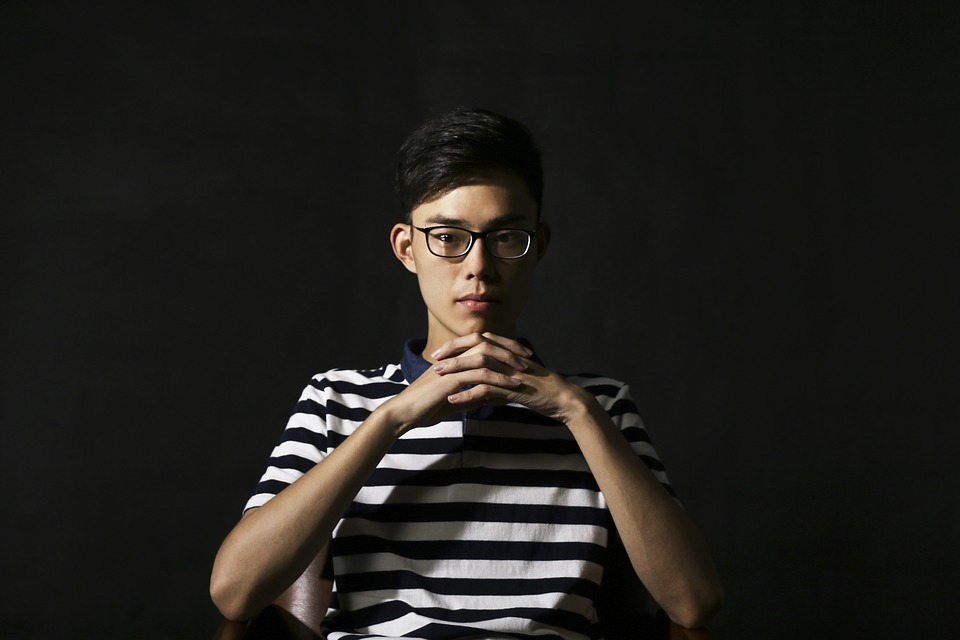 Our final recommendation for you.

A good hint for those looking to study texts with only characters is to use some form of digital dictionary such as Pleco. On Pleco, you can draw out any characters which you don’t know yourself, and it will give you the Pinyin and meaning. This is better than using a translation service like Google Translate because it gives you more than just a single meaning and lets you split the text into individual words.

Don't rush through the stages. Take your time, relish what you meet along the way, and pick up confidence before you go charging into level 3's "Characters only". Whilst it may seem like something you want to get done as quickly as possible, if you get there too early and you end up having to check almost every word you come across, it can become very disheartening.