When I moved to Spain, I moved here with my partner, who was born and raised in Marbella, on the southern coast of Spain. She’s fluent in Spanish and English. When we first got here, she did a lot of the talking and translating for me as I learn the language. It’s nice on one hand because you’re safe and you’re not in a position to make a silly fool out of yourself. Truth be told, that’s the best way to learn.

That’s not the best spot to be in, especially in a place you don’t know. Admittedly, I’ve become dependent on her to do a lot of the talking. But what if something happened to her on the way to the store? It’s not something you want to think about, but when you’re in an unfamiliar place where you’re not familiar with the language, how can you ask for help? Who would you call? 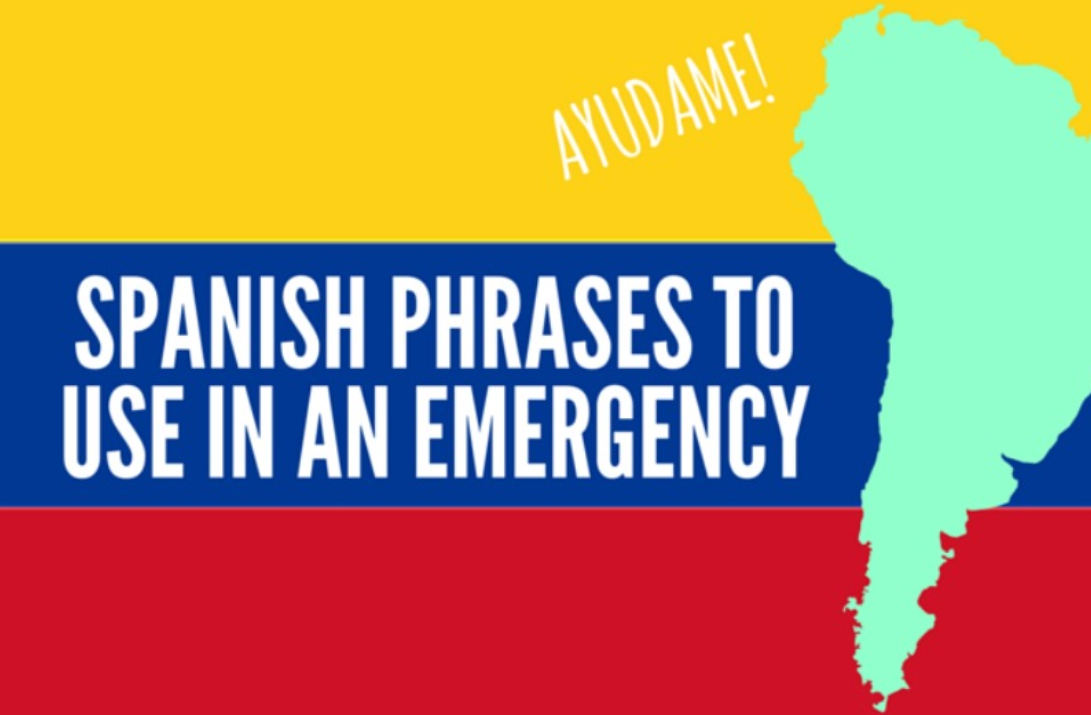 I learned of a story my partner’s family went through many years ago. Her mother is American and her father is Austrian. They met in Spain, got married there and raised a family. Her father was pretty fluent in Spanish and her mother was conversational, but didn’t have a firm grasp of the language. While her father was on a business trip, he was in a freak incident. It was an emergency and while her mother was home, she had to take care of a number of things, but didn’t know how to because she couldn’t communicate what she needed to.

It's scary enough to experience when you have a firm grasp of the language and you’re at home. It’s scary if you’re in an other country and you know the language. Being in an unfamiliar place with an unfamiliar language is frightening.

You may have heard similar stories from friends who were traveling and needed help. I can think of several offhand, both during domestic and international travel. One was serious enough to require a multiple day stay in in the hospital. Another was a dental emergency. Another was a simple scrape.

This article isn’t meant to scare the bejeezus out of you, but to help you be prepared to take on any situation.

There are different types of emergency situations. There might be something that happens when you’re home alone and you need to call the police. There might be an emergency walking around town, and you witness an incident, you might be out and someone in your party is suddenly taken ill.

This rundown from WebMD is helpful in different emergency situations. But what do you do if you're in a foreign country?

The first thing to check is your cell phone coverage. Make sure you are able to make emergency calls while traveling.

The main things you’re going to want to know in an emergency are: 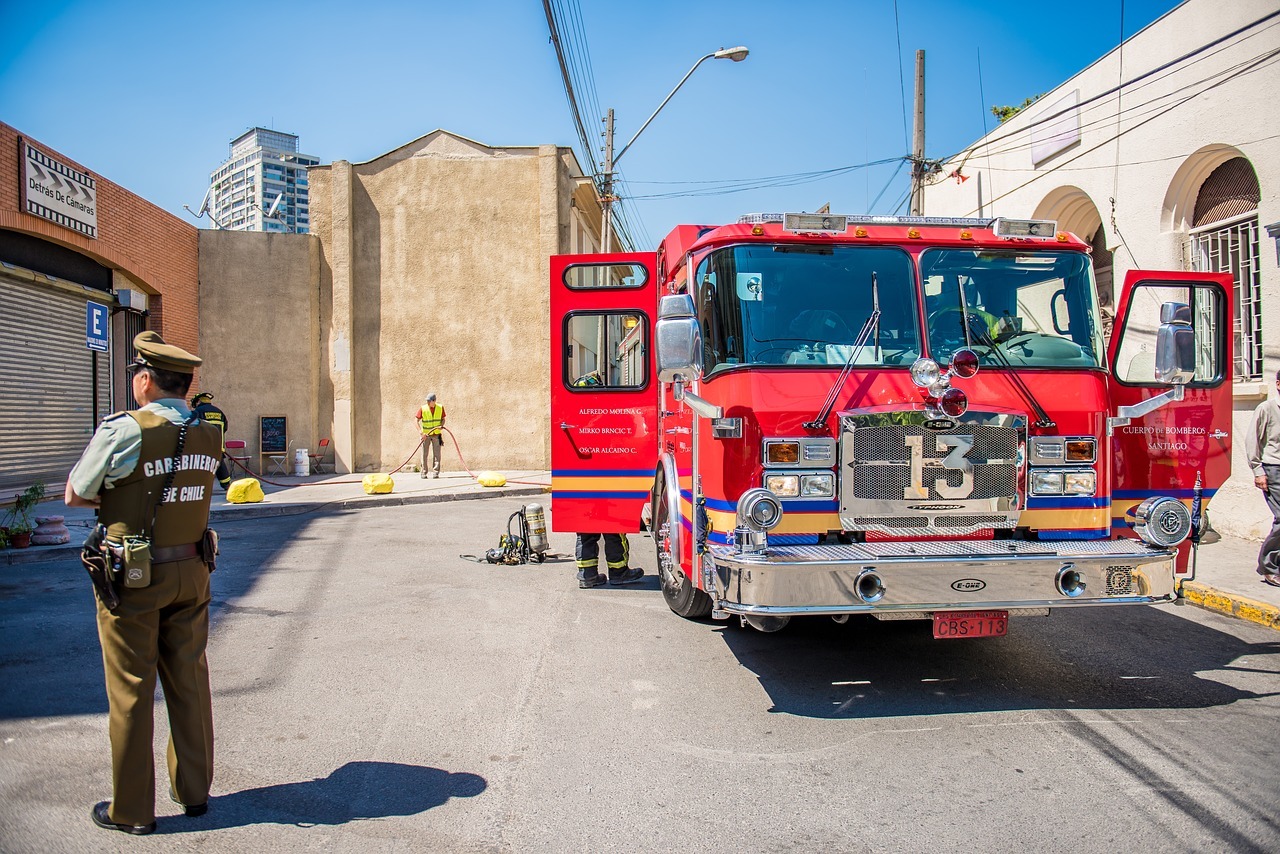 So, for example, let’s say that you’re in the kitchen and you cut yourself pretty well with a knife and you need stiches.

This is what you’d need to know to communicate:

This tells them my name and where I live.

I cut my hand and I’m bleeding a lot.

They may tell you to go to the emergency room (Urgencias) or hospital.

Where is the nearest urgencias/hospital?

The U.S. State Department has a fantastic FAQ page for health emergencies and things to keep in mind before you travel. This is an excellent resource and I highly recommend that you look at it before you leave. 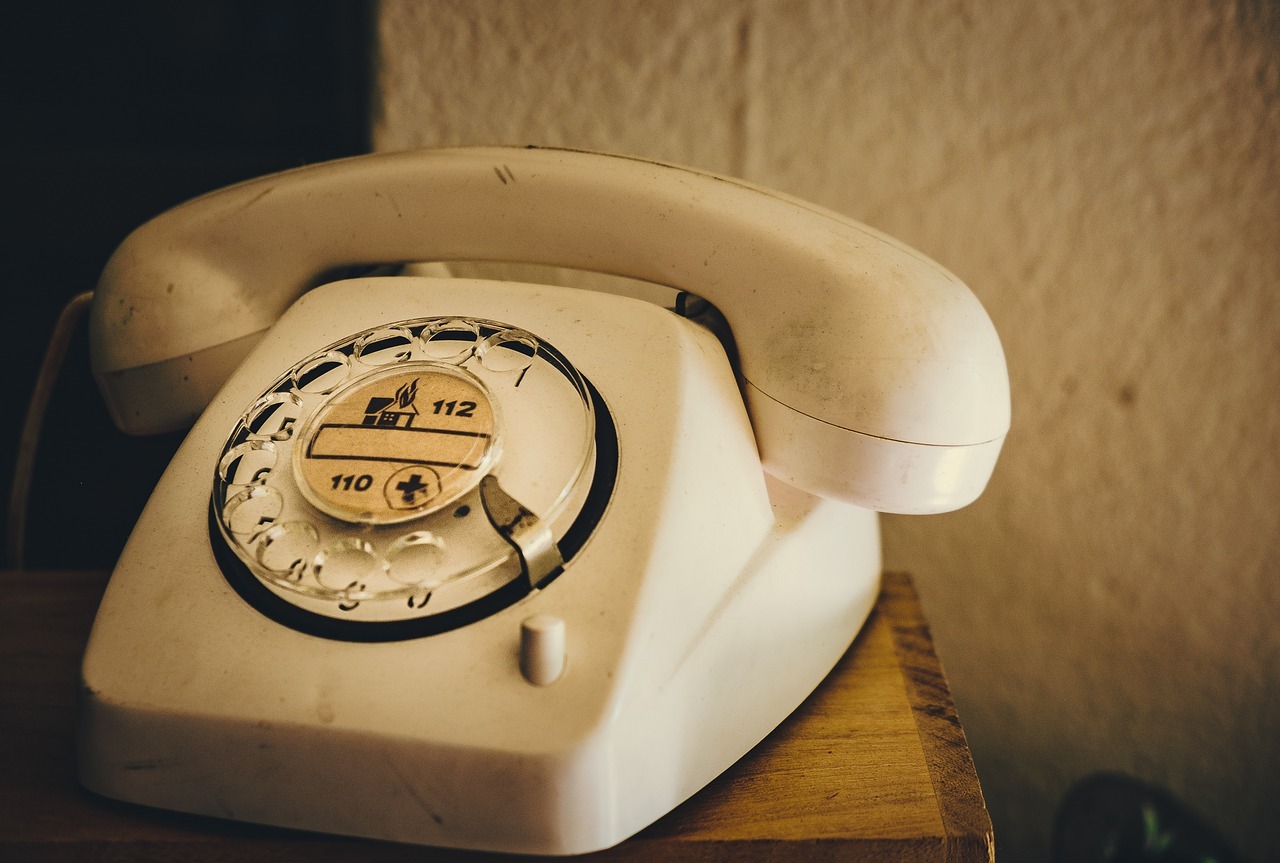 If you do encounter an emergency, 911 may not work in many cases. This is a list of 20 Spanish Speaking Countries along with emergency numbers. You’ll notice that some have separate numbers for Ambulance, Fire and Police while others have numbers for all emergencies. You can find a complete list of countries and their emergency numbers at the U.S. State Department website

It might be helpful to preprogram these numbers into your phone before you leave the country. It’s much easier to access than trying to google an emergency number when time is of the essence.

What do you say in an Emergency?

A good starting place is to learn the parts of the body. In a previous article, I talked about the use of flash cards to help you learn Spanish faster. Creating flash cards for anatomical terms in Spanish is an excellent way to learn.

Parts of the Body in Spanish 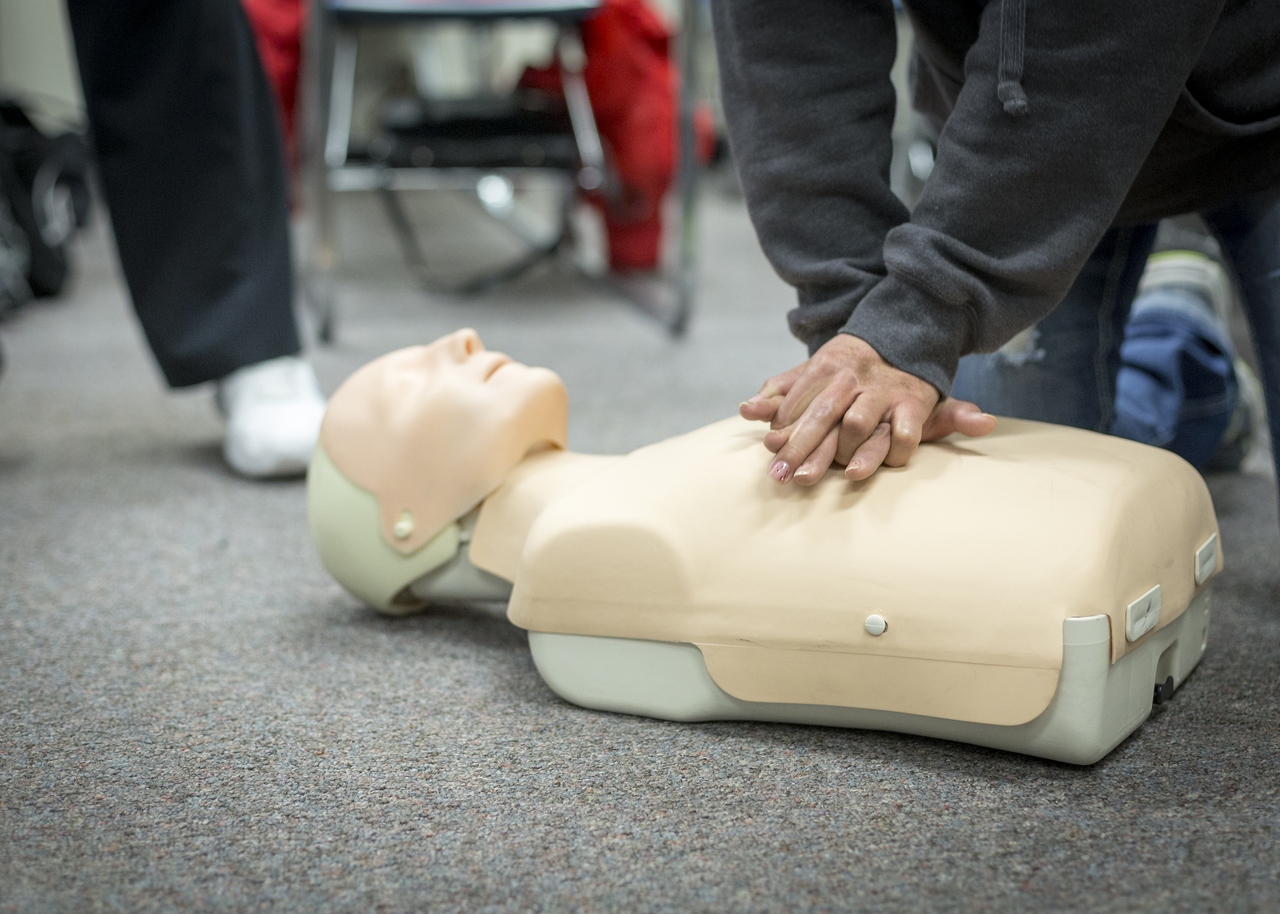 Body orientation or direction is important in describing any situation, but even more so in emergency situations. Sure you can point to where the injury is, but being able to speak it can make the difference in a situation that happens so quickly, it´s easy for miscommunication to occur.

Here´s another opportunity top put it together. Let´s say you fall and injure your right arm. How would you communicate that in Spanish?

Notice how derecho took on the masculine of el brazo? If you were to say you fell and injured your right leg, you would say:

In this case, pierna is feminine, so the word used to describe the leg (derecha) also takes on the feminine.

The Emergency Phrases You Need to Know

I have an emergency.

Can you help me please?

Can you call an ambulance?

Where is the doctor?

Where is the nearest hospital?

I need you to send me an ambulance.

An Emergency Call in Spanish

We’re going to role play an emergency call in Spanish. In this instance, you’re at home, and the person you’re with suddenly falls ill. Here’s how an example call can go.

Hi I have an emergency. My husband/partner fell seriously ill with a stomach ache. I need an ambulance, please. I live at...

Are there any health problems?

Is he on any medications?

In this example, you're at the very least able to communicate the current condition of the person you're with, but you're also able to understand and explain important information such as current medications without having to run to the medicine cabinet to find them and hope that the emergency responder can translate them. It's pretty critical to have this information handy in a situation where time can be critical. 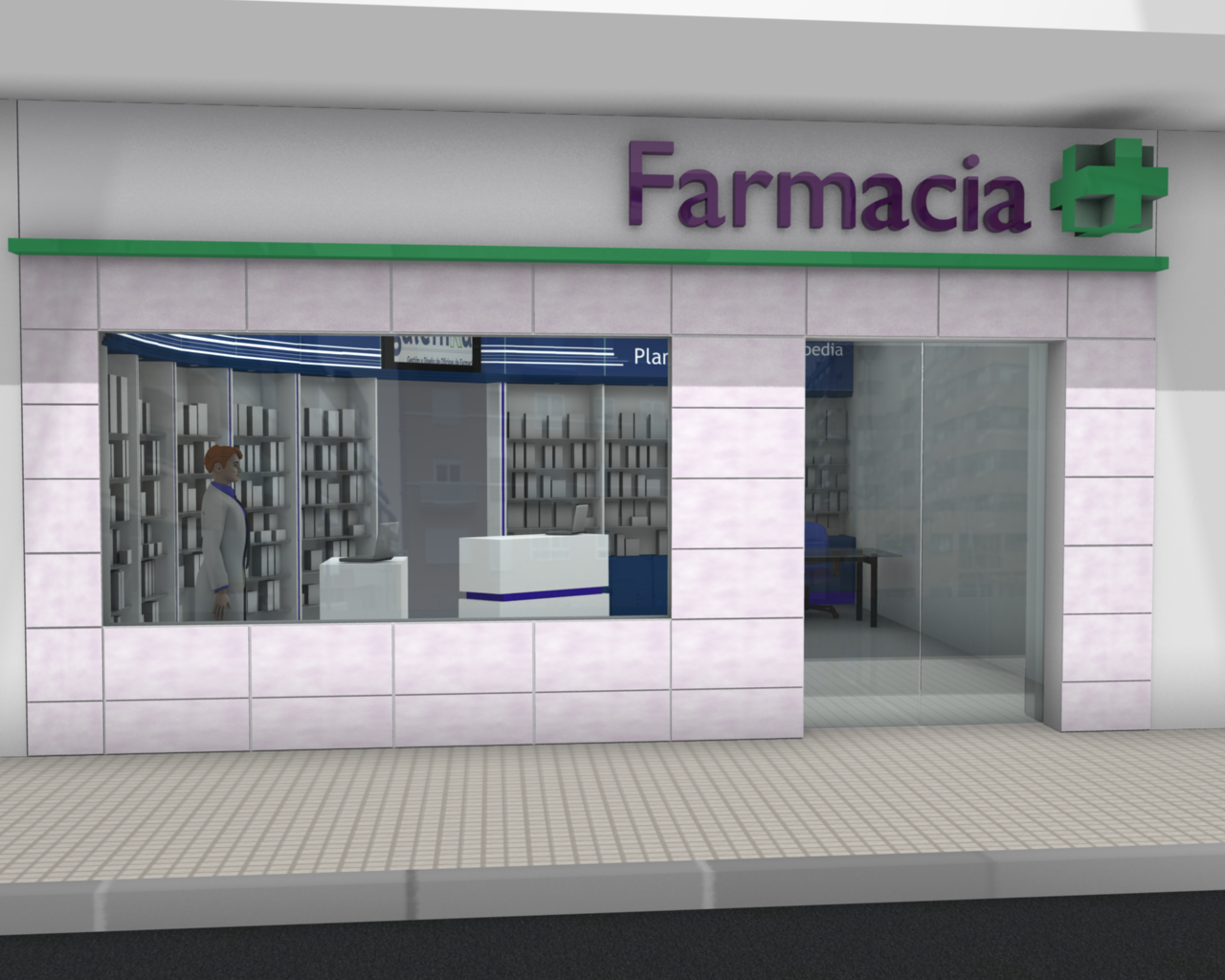 A Simple Trip to the Pharmacy

There are occasions when you don’t have an emergency, but you do need to go to the pharmacy and pick up vitamins or contact lens solution. Maybe you’re not feeling that great and you’re looking for something specific. Like a lot of supermarkets in the U.S. super markets in Spain and in Latin America tend to have basics like aspirin and other typical over the counter medication.

However, if you need something that’s a little stronger or more specialized, you might have better luck getting it at a pharmacy, or farmacia.

In emergency situations, it always helps to have some kind of CPR certification whether you’re at home or abroad. The American Heart Association offers CPR classes all over the US and

In Spanish, CPR translates to RCP (Reanimacion Cardiopulmonar).
This video clip from the American Heart Association can give you an idea of how to give instructions in Spanish while administering CPR.

Ideally, you won't need this information at all. No matter what, it's always better to be over prepared than not prepared at all.