When you only use textbooks to learn a language, you can sound stiff, awkward, even robotic. That's why learning how natives really speak is so important.

Imagine you’re at a party at a friend's house. Loud music thumps through your chest. Friends and strangers chat with each other and sip beer from red plastic cups. Then, your friend Carlos waves you over and introduces someone new. She smiles, shakes your hand, and says, “Hello. My name is Adriana. I recently arrived to this party. How are you doing today?”

Imagine if instead, she said, “Hey! I’m Adriana. I just got here. What’s up?” Sounds better, right? With a bit of slang, she seems cooler, more comfortable, and easier to talk to.

In this article, I’ll give you ten slang words (gírias) and phrases that are used today on the streets of Brazil, so you’ll blend in like a brasileiro. 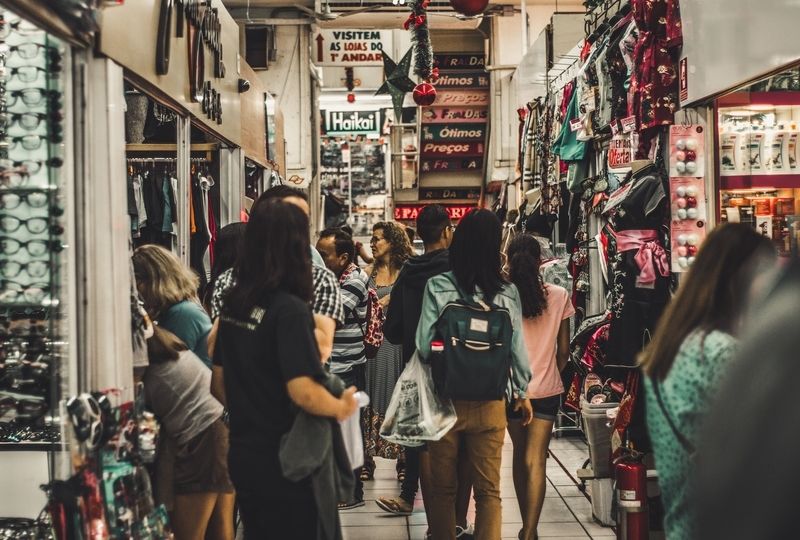 Whether you want to start a conversation, emphasize your point, or let your conversation partner know how much they mean to you, these slang words and phrases can help. Let's begin!

This phrase is a fun greeting. The literal translation is “What is the good?” but it’s just a way of saying “What’s up?” or “How’s it going?”

If you really want to be hip, you can say just "Qual é?" or even Coé? (a mispronunciation of "Qual é?") Often the shorter the phrase, the cooler you sound!

If your Brazilian friend asks you "Qual é a boa?", tell them what’s new in your life. Or if you don't feel like talking, just reply with "to de boas." (I’m all good)

This phrase literally translates to "are you connected?" but it means “you know?” or “you feel me?”

You’ll hear Brazilians use it at the end of a sentence to emphasize what they’re saying or to check that the other person understands them.

You can also use "tá ligado" in the middle of a sentence to intensify what you're saying. As in “Você não tá ligado no que acabou de acontecer…” (You won’t believe what just happened…)

Example:
Como foi o jogo? Eu não assisti. (How was the game? I didn’t watch it.)
Tão emocionante! Eu gritei tanto que mal consigo falar, tá ligado? (So exciting! I screamed so much, I can barely talk, you know?)

This word literally translates to “beauty” but as slang, it means “what’s up/how are you doing?” or “alright!”

You can use beleza or massa (alright) as a reply, or even "tá suave." (it’s all cool) You’ll hear massa more in the North and Northeast regions of Brazil while beleza is more or less universal.

This word is a contraction of "não é" and means “isn’t it” or “right.”

It’s one of the most common slang words in Brazil. You’ll hear it often at the end of a sentence, the same as how Americans say “right?” and Brits say “isn’t it?” at the end of sentences. 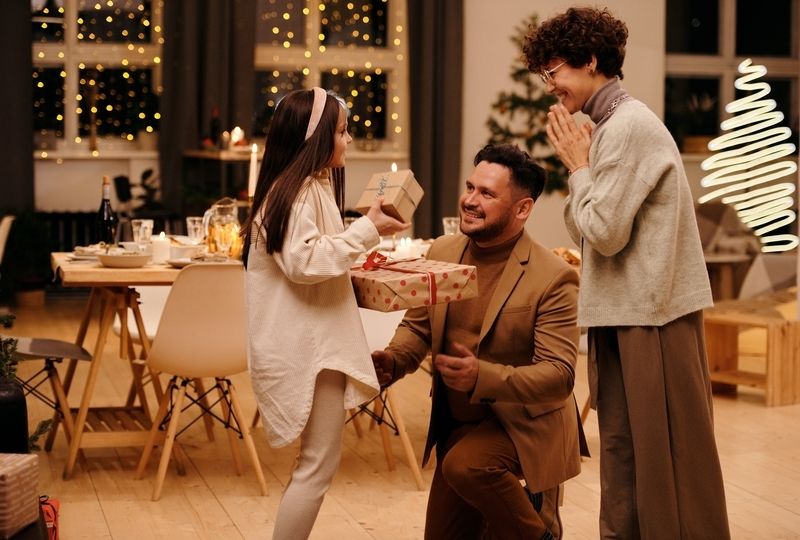 Want to show your appreciation? Say valeu. It means “thanks.”

Valeu is reserved for informal situations. You can also say agredecido.

If you’re in a more formal situation like a business meeting or courthouse, you can say grato as in “Senhor, grato por me manter fora da prisão!” ("Sir, thank you for keeping me out of jail!")

Example:
Quer que eu te apresente ao João? (Would you like me to introduce you to John?)
Sim, valeu! (Yes, thanks!)

Do you like to regale people with your stories? Try using this phrase next time to emphasize or intensify what you're saying.

It means “honestly/seriously” or “for real.” You can easily add it to the beginning or end of your sentence for a bit of pizzazz.

This phrase means “I have no idea” or “whatever.”

Be careful using this gíria, though. It has a subtle flavor of “I don’t care.” It’s similar to saying “how should I know?” or “who knows?”

When you call someone mano, they’re your dude, your bro, or buddy. It doesn’t get much less formal than that!

The word comes from the Spanish mano, a shortening of hermano, meaning “brother.”

Mano is unisex and can apply to a man or woman. You can also refer to a woman as mina, (short for menina - girl) but it’s most often used when referring to a young woman. 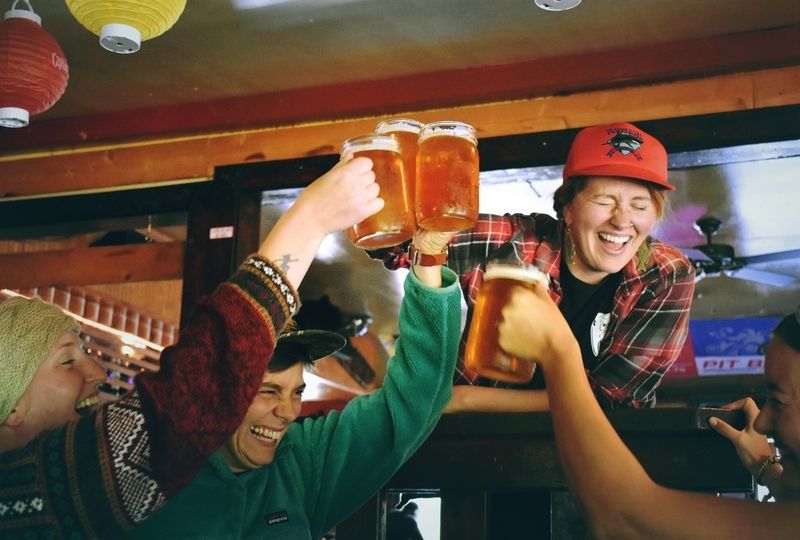 If someone wants to get a breja with you, you can be sure you’ve made a friend. Breja is short for cerveja (beer).

If you don’t feel like beer, you can counter with drinques (cocktails) or um goró (an alcoholic drink in general but sometimes means cachaça specifically) at the local boteco. (bar)

Example:
Quer tomar uma breja comigo? (Want to have a beer with me?)

By the end of the night, or whenever you’re ready to leave, it’s time to say “bye.” Instead of saying the traditional adeus or tchau, try falou. 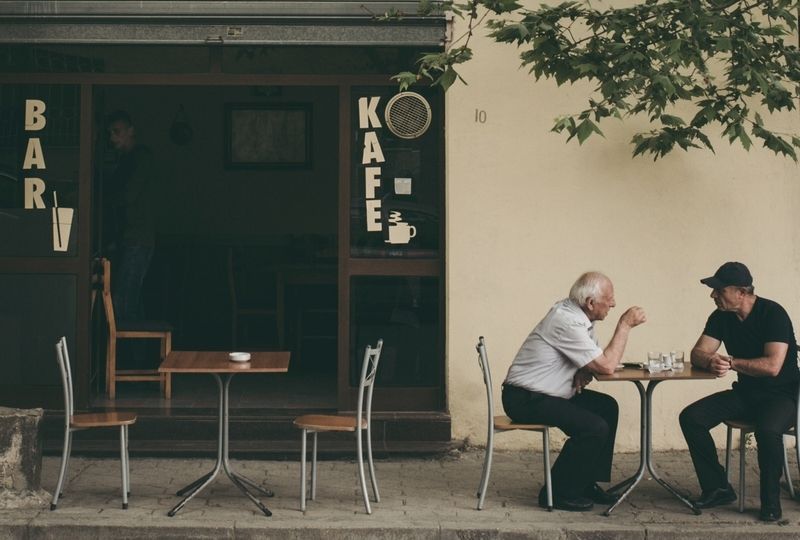 The old saying is true: practice makes perfect. So, practice your new Brazilian slang every chance you get. It can be as simple as starting a conversation with “Qual é a boa?”

Also, pay attention to Brazilians around you and the ones in films and TV. Notice how they speak and try the new slang words you learn.

Just keep in mind that Brazil is a huge, diverse country with regional variations. A word that’s slang in one city or even one neighborhood may not be in another. If in doubt, ask a local, in Brazil or online, for help.

Brazilian Portuguese is constantly evolving, with slang words being created almost daily. And I think that's what makes the language so fun!

I wish you the best with your journey to Portuguese success. Boa sorte!