Learning French can be grueling work. As a French learner turned teacher, I know that there’s more to learning a new language than memorizing and regurgitating words, phrases, and pre-written conversation scripts from decades-old textbooks.

I’m also a foodie. This trait has allowed me to learn and teach through French recipes and French food. In France as well as stateside, I have used food to teach French culture and language to students of all ages. Today, I’m here to share my knowledge with you. 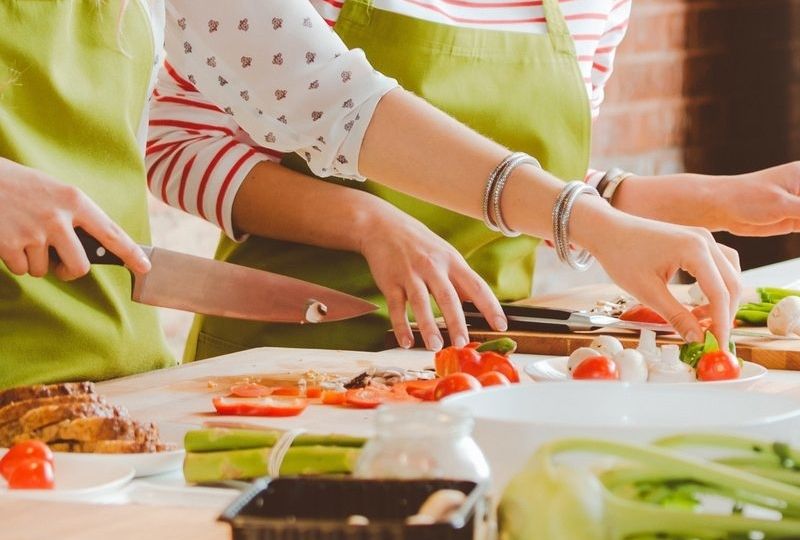 Unlike poetry and prose, French recipes offer a fast and straightforward translation opportunity. Translating French recipes allows students to focus on vocabulary, grammar, and measurement conversions without needing to analyze the text itself; the culinary world uses few metaphors.

Learning French through cooking depends largely on your familiarity with the language. Beginners fare best after translating French recipes entirely into English, noting new vocabulary and referring to English versions of the recipe. Mid-level and advanced learners see more benefit from diving straight into the deep end and looking up new words only when necessary.

Using French cuisine as a teaching tool also depends on the setting. Learning a new language in an immersion environment tends to teach more new vocabulary words and phrases, while learning French in a non-immersion setting contributes to deeper comprehension of fewer concepts.

Lastly, cooking French food and using French recipes will not make you fluent in French. Rather, this unconventional learning strategy helps students solidify vocabulary and grammar concepts while also learning about a critical part of French culture. 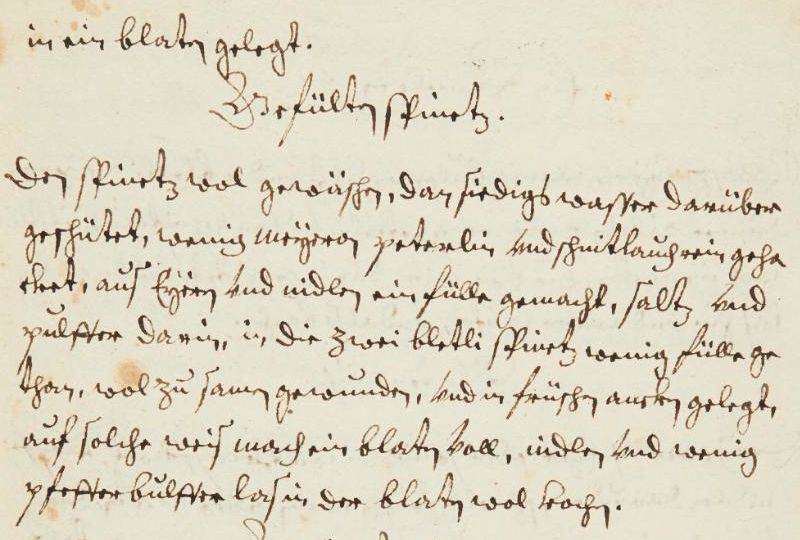 Here are the top five French recipes to use for learning French. Why these recipes, you ask? Three reasons drove me to choose these dishes. First, every recipe presented here is native to France (except the quiche, but that is a conversation for a different time). Second, these dishes contain ingredients available to most people. Third, these staples of French cuisine adapt easily to dietary and material restrictions: ingredients can be added, omitted, or modified without drastically changing the final product.

These French foods will help you learn a new language without getting lost at the supermarket or breaking the bank. They will also add some flavor to your kitchen. 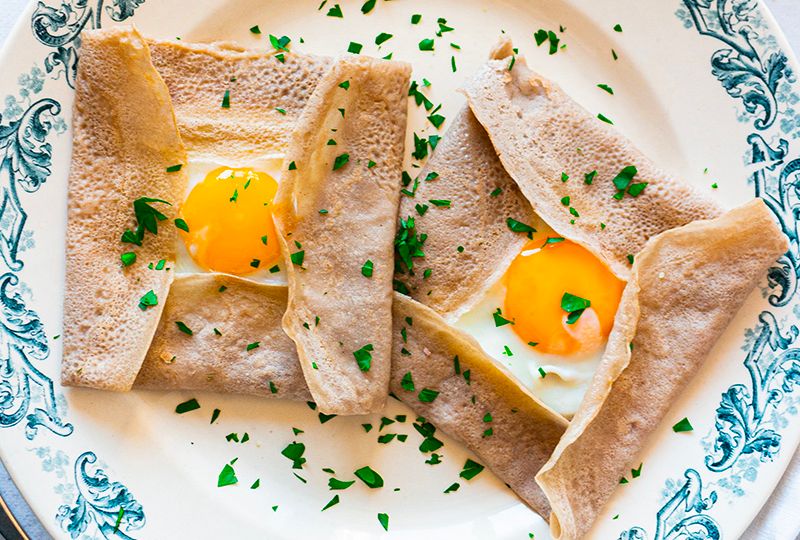 The galette complète is a buckwheat crêpe (crêpe bretonne or crêpe de sarrasin) filled with cheese (fromage), ham (jambon), and an egg (oeuf). This French recipe is similar to a croque madame and is sometimes called a crêpe salée (savory crêpe) in the Paris region.

Now a universally popular French food, the galette complète hails from Brittany, a region in northwestern France. It was a staple food during the 13th and 14th centuries because buckwheat, unlike standard wheat or rye, could withstand Brittany’s extremely humid and rainy climate.

If you have access to French pre-made
galettes, follow this French-language recipe. If you – like most anglophones – need to make the galettes beforehand, the New York Times has a handy recipe for you.

Tip: Unlike most French cuisine, galettes keep well in the freezer. Make a large batch and save them for later. You won’t regret it! 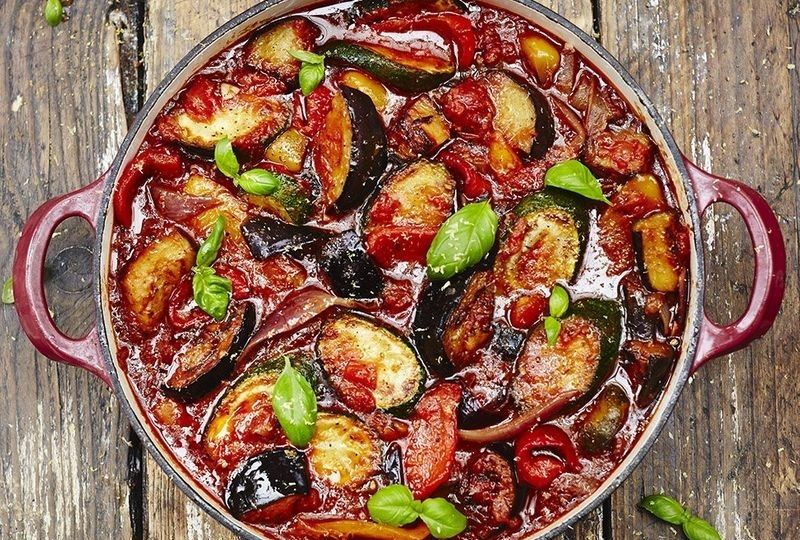 I cannot separate Ratatouille from the decade I spent learning French and living in France. My attachment to this dish is partly because it is so easy to put together: roasting tomatoes (tomates), zucchini (courgettes), and eggplant (aubergines) in olive oil (huile d’olive) takes all of 20 minutes.

I’m sure that simplicity made this dish a staple of French cuisine. Originating in the south of France, ratatouille as we know it didn’t appear in the French recipe lexicon until the 17th century. This relatively late arrival suggests that ratatouille took Mediterranean France – and, later, all of France – by storm. 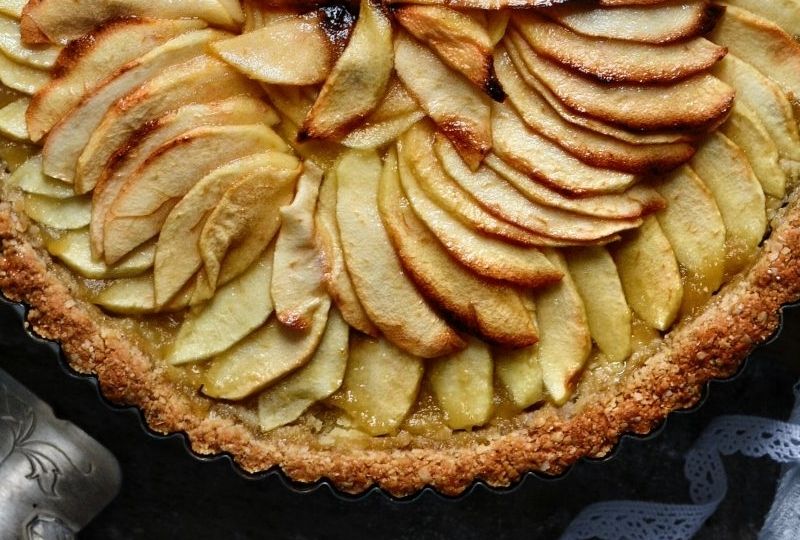 Food historians believe that the tarte aux pommes is native to Normandy, in the north-central region of the Hexagon. As you probably have noticed, however, this French dish has earned nationwide popularity and remains a culinary staple. 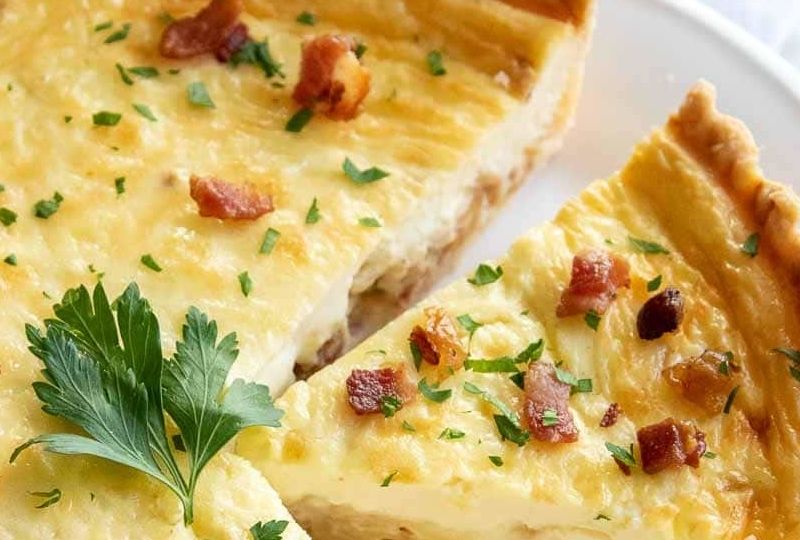 The brunch boom of the late 2010s catapulted quiche to the top of café menus in the USA and Western Europe. This fame is a far cry from this French recipe’s humble beginnings.

While contemporary quiches take many sizes and shapes, the original quiche lorraine resembles a galette complète. Using a pastry crust (pâte) as its base, the quiche lorraine blends eggs (oeufs), ham (jambon), and heavy cream (crème fraiche) into a savory tart that will leave you full for hours (more study fuel, am I right?). 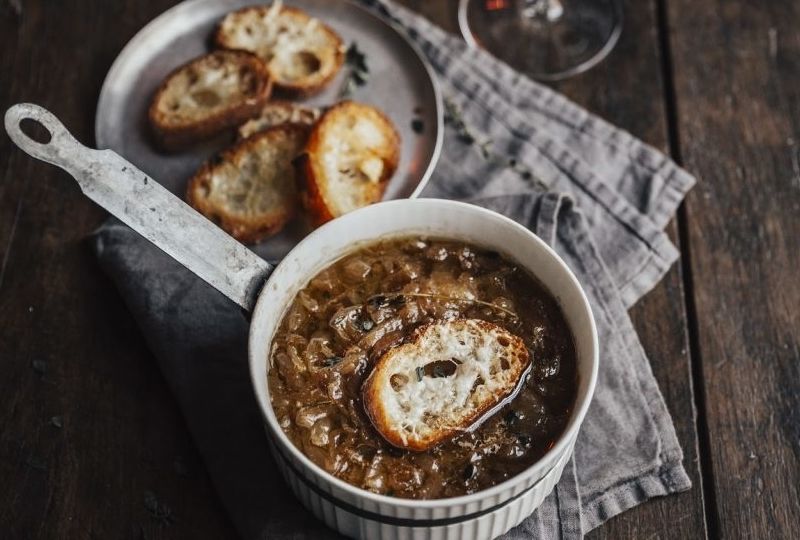 If you have ever dined in Paris, you will probably be familiar with soupe à l’oignon. This strong-tasting soup uses beef broth (bouillon), thyme (thyme), garlic (ail), and – of course – onions (oignons) to create a rich and deep flavor. Smothered in Gruyère cheese (fromage gruyère) and accompanied by a baguette, this French recipe serves as a meal or a hearty appetizer.

The history of soupe à l’oignon is largely unknown. Its presence on French menus seems to have appeared around the 14th century, but the popularity of onions among the French peasantry during the medieval period makes the origins of this recipe almost impossible to trace.

Like all of the recipes in this article, soupe à l’oignon is relatively easy to make. Here is the French-language recipe as well as an English language version.

Learning French is a complex process. Cooking French food is an activity that will help you get out of your textbook and into the francophone world. Whether by cooking with friends or making flashcards to help you remember French food vocabulary terms, following these recipes will make your language learning experience more fun and more applicable. If you're cooking alone, remember that the best way to learn French is to speak it. Come to Speechling.com where our native speaker coaches will evaluate and correct your French pronunciation and spoken grammar for free.