Ever wonder what holidays people celebrate in Russia and what they do to celebrate?

That is why I have made a little list of the most popular traditional Russian holidays. From the familar New Years to Chrismas, to more traditional Russian-specific holidays such as Victory Day and Maslenitsa, we've got you covered. 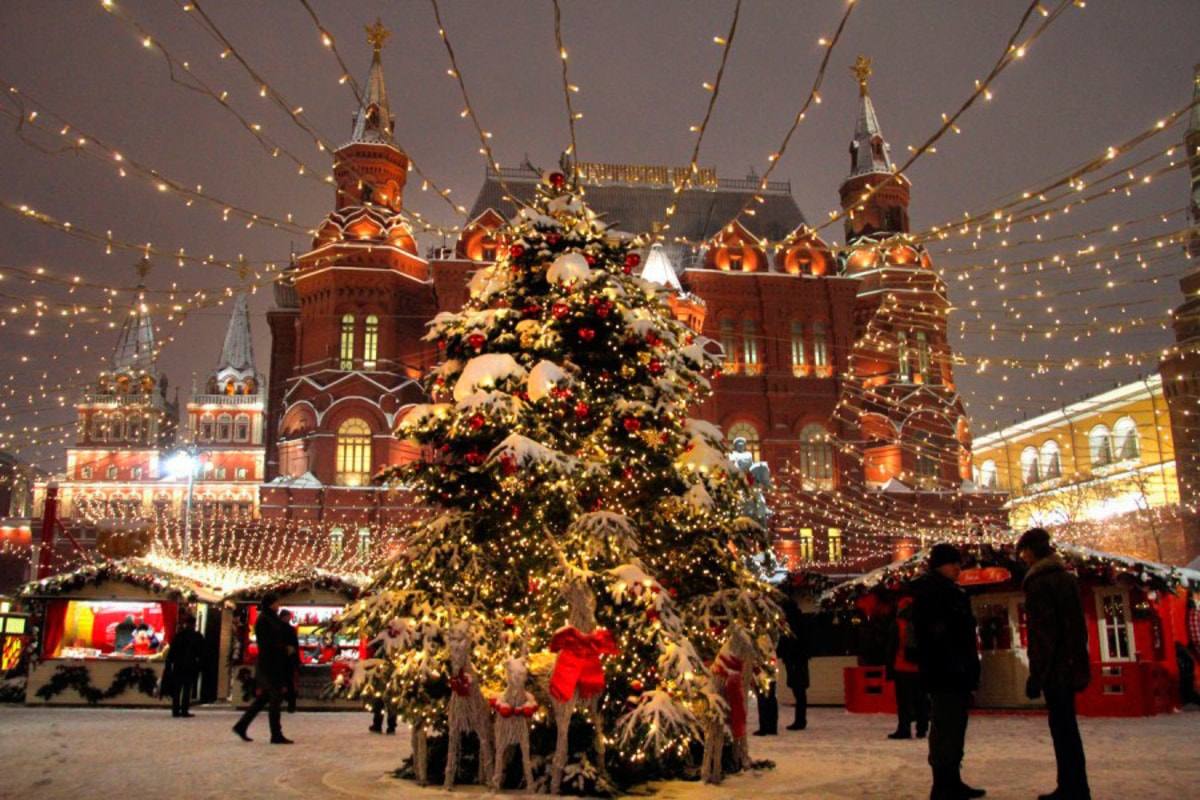 If you ask any Russian about the most celebrated holiday of all time, you will get the answer “New Year”. That is unusual if we compare Russia to the Catholic countries since, for Catolics, Christmas is a more important event. However, when we look at the Eastern countries, everything starts to make sense.

Since Russia is so big, it has inherited traditions from both East and West to make its own unique culture. Like the West, it is traditional to bring a fir tree and decorate it. However we also have Eastern influences. We make traditional Russian meals for the occasion, the most famous being Olivier Salad and Herring Under a Fur Coat.

The symbol of the New Year is 'Grandfather Frost' or 'Дед мороз'. He is just slightly different from the Santa Claus. He is supposedly living deep in the North of Russia (there is an actual residence of him.) As the New Year comes, he gets inside of our homes and puts presents underneath the fir tree.

If we go back in time, we'll find out that, since the invention of TV, it is traditional for the Russian president to make a short speech and to lead Russia into the New Year. After the night of the 31st, we usually have a whole week of holidays (like the Golden Week in Japan), the longest celebration we have in Russia. 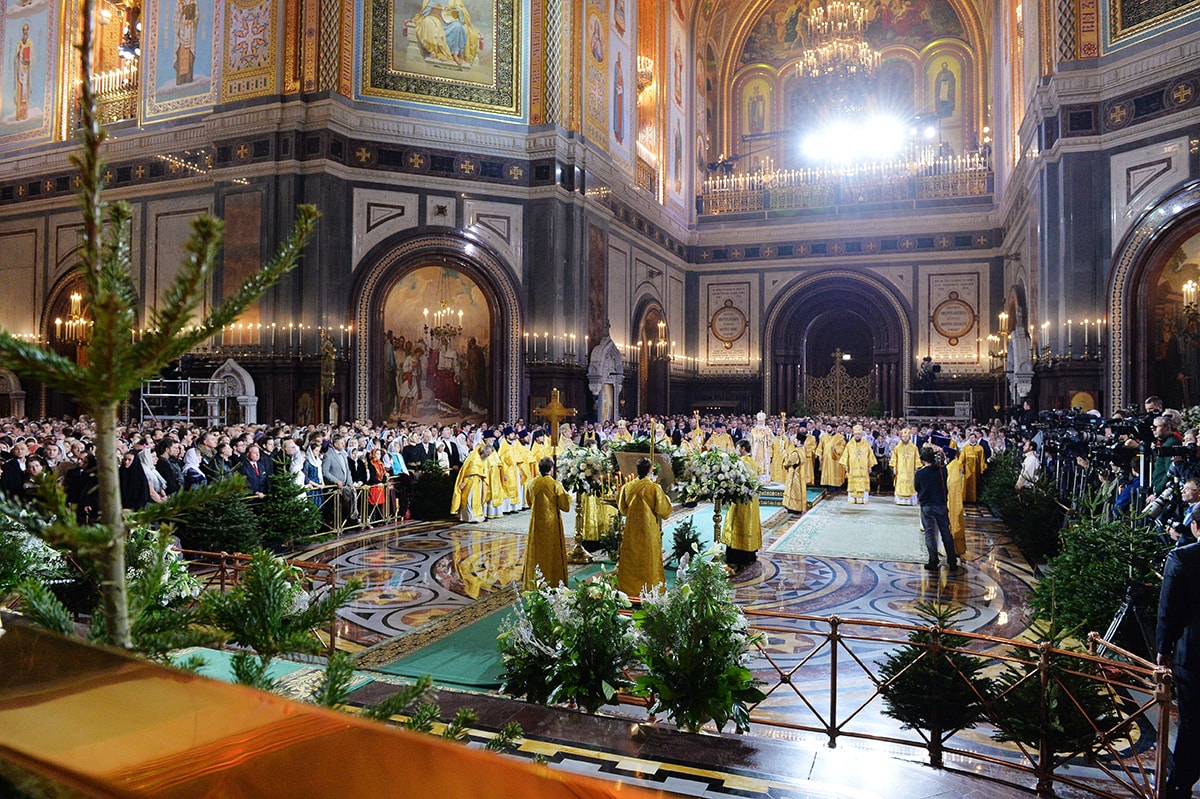 Despite the fact that Christmas is a little bit overshadowed by the New Year, it is still one of the most important traditional holidays. a celebratory Liturgy is conducted in the Cathedral of Christ The Saviour. The patriarch of Moscow (as high as the Pope in the orthodox church) carries the Liturgy out himself. It is a beautiful and holy celebration. Here is a video of it for you to watch. I am sure that you will admire the richly furnished Cathedral and the beauty of church choir.

Since Russia remains a deeply religious country, a lot of country leaders attend the Liturgy with their families. However, there is another side to this day, an old and pagan tradition, the Koledari. During the night before Christmas, people go to the neighboring homes and sing their neighbors some congratulatory poems and songs, they get treats for that. Kind of like Halloween, huh? The tradition is really rare in big cities but a lot of small towns uphold it. Look at that, it's fun. 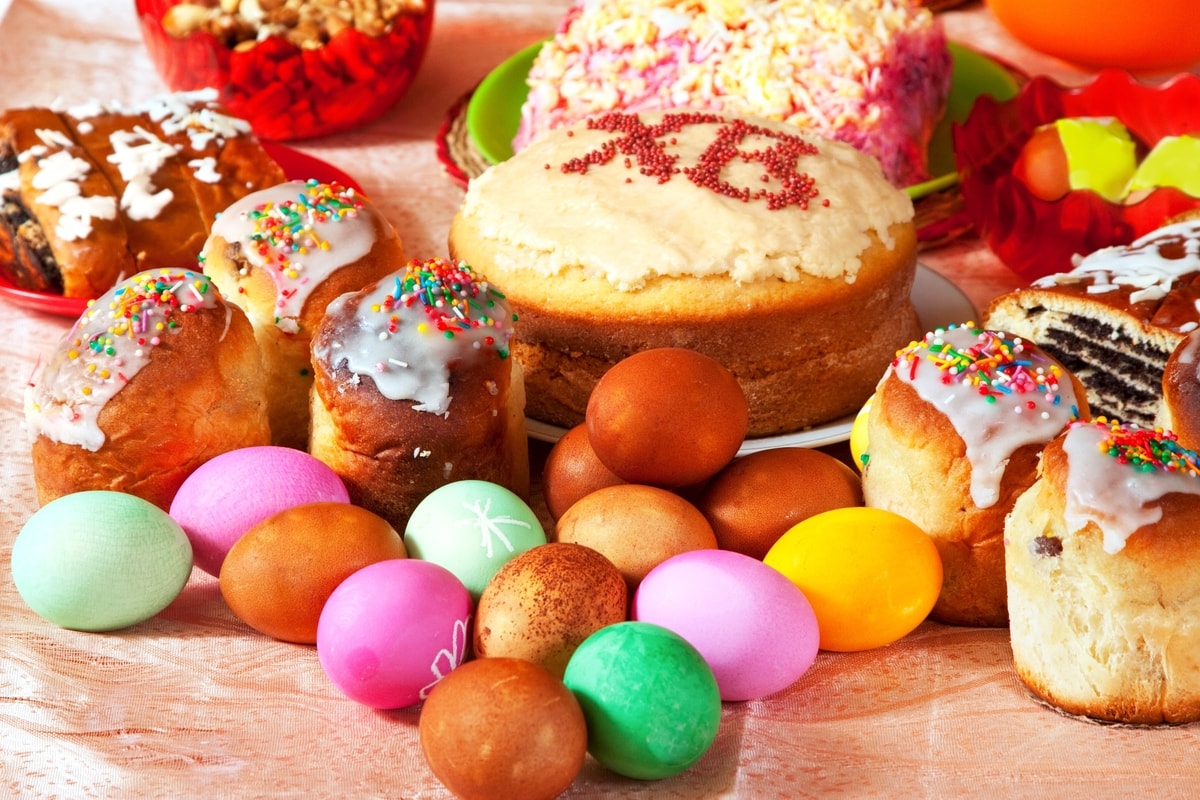 Easter is another example of the main religious holidays in Russia. It is the day Christ was resurrected. Orthodox Easter is very different compared to the Catholic. First of all, Catholic Easter is earlier by 2 weeks on average. They are both determined by the sun and moon calendars but the starting point of counting is different. The egg symbol is the same but there is no rabbit that delivers them in a basket, but there is a special pie called Kulich. Everyone goes to church a day or two before Easter in order to get Kulich and painted eggs blessed. When Easter comes, families gather together to celebrate the rebirth of Christ and the traditional saying when two people meet goes so:

And after those two phrases, you have to kiss each other three times on the cheeks. Easter is the end of the Great Fasting for religious people, there are still a lot of Russians who fast. 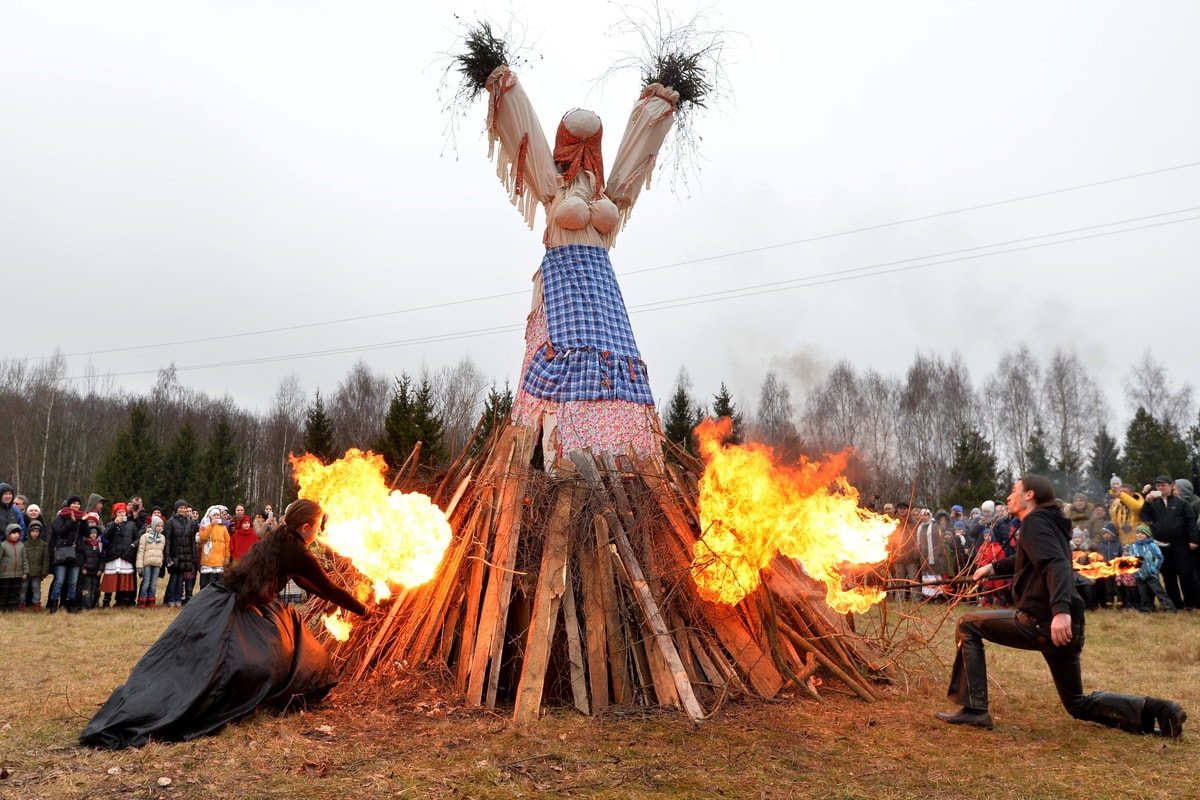 Maslenitsa is the holiday of Spring. It is older than Christianity and goes back as far as the druids. Maslenitsa signifies the transition between winter and spring.

Why is that needed? Russian winter is really dire, cold, and daytime is really short. People get very tired and depressed. Maslenitsa brings them hope of renewal, it is the herald of warmer and nicer times. That is why it persevered for such a long time despite being a pagan tradition.

Maslenitsa has a different date every year, usually celebrated a week before the Fasting for Easter begins. You see, Maslenitsa has a very significant traditional meal, pancakes. And you can't eat them when you fast, so Russians decided to take it in mind and make the celebrations before Fasting.

Each day in Maslenitsa refers to a certain activity and has its own name but the best part is at the weekend. Maslenitsa Fairs are constructed in Parks where people can buy pancakes with traditional drinks, enjoy performers who sing traditional Slavic songs and the last but not least, to burn a body.

No, you have not misread. On Sunday, it is traditional to make a big straw body of a maiden and burn it thus proclaiming that winter should be gone. 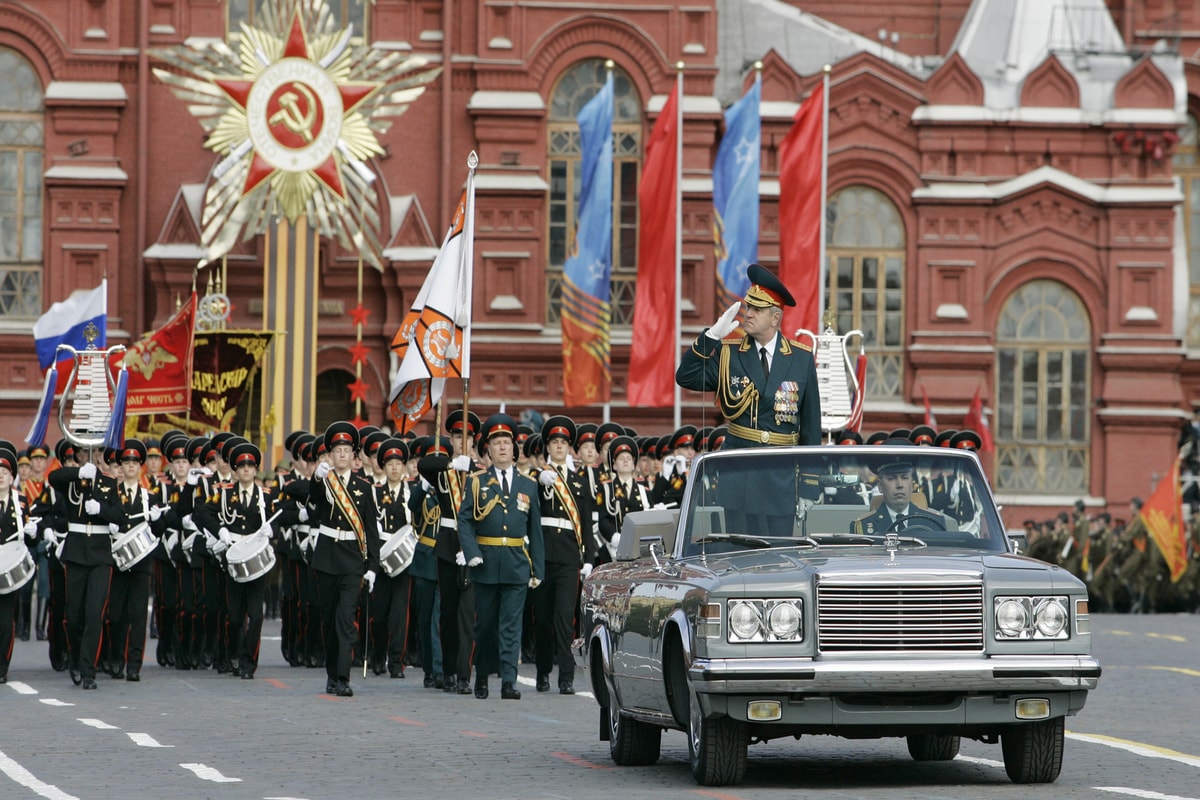 Whereas previous holidays had been either nice and kind or religious, this one is more military, grand but altogether somber. You see, the 9th of May is the day when World War 2 was over for Russians. There are some disputes concerning the date but the 9th is the one for Russia. We have defeated the enemy that wanted to wipe Russia from the face of the Earth and that was an astounding triumph for the Soviet Union, however, the price was just too high.

Millions of Russians had died in the cause of War. That is the reason for people never to forget the courage and the sacrifice of Russian soldiers. It is always sunny in Moscow on the 9th of May. If the forecasts are bad, rain is forcefully cast away by special reagents being sprayed by the planes. Then, at 12:00 p.m. the parade begins. Glorious forces march to the center of Moscow followed by the best military machines. Soldiers sing Russian military songs and salute to the veterans who were lucky enough to survive the war and the years after. 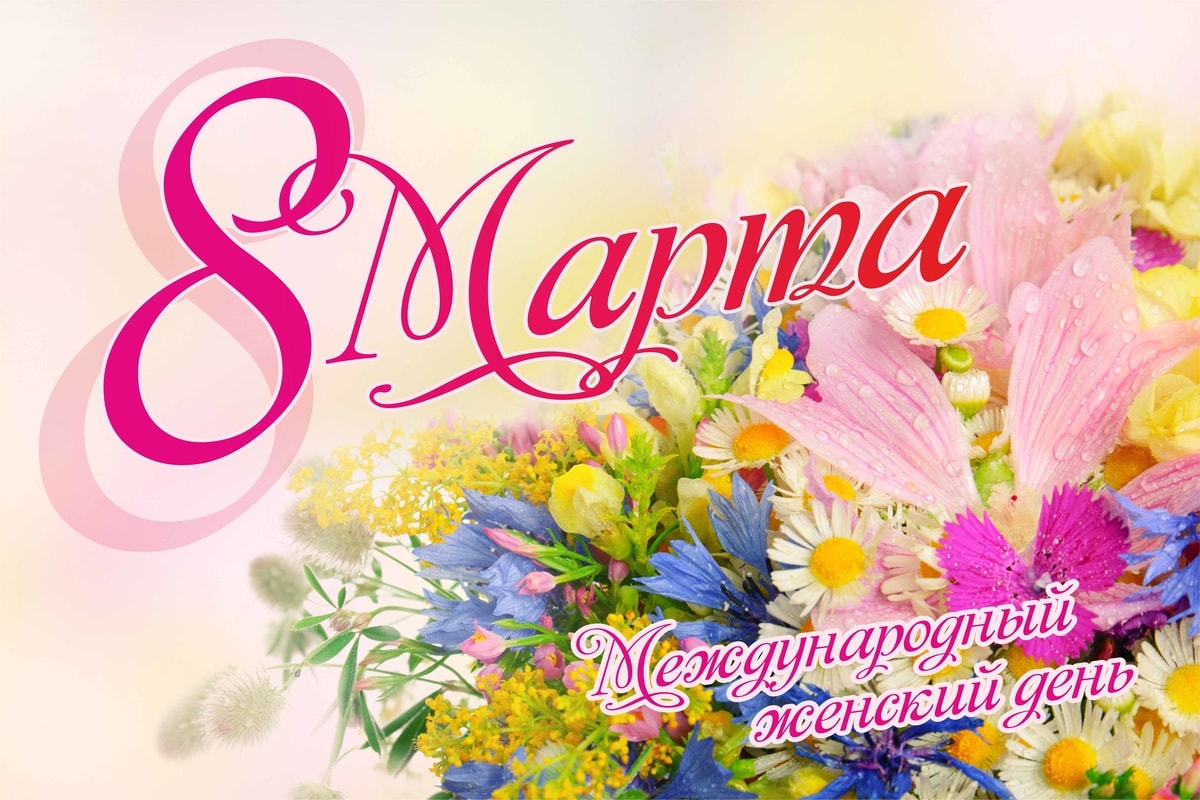 There are more women in Russia than men, so say statistics. That is part of the reason why this occasion is so popular. The other one is that it is a chance for men to say their thanks to the women for things they do. After all, it is women who carry our children, who keep our homes warm and cozy and who care for us.

This holiday is quite new and does not have a lot of tradition but it ventured deep into the Russians hearts. It is very romantic if you ask me. Every man becomes a gentleman toward every woman, gives them flowers (tulips, most often) and thanks them for everything. The sight is heartwarming for such a cold country. 8th of March is the day and it is also a significant day since the spring officially starts on the 1st of March.

Although these are some of the most important Russian holidays, we have lots more, of course since we really like to party but those are the official nationwide celebrations. If you like to delve deeper into the Russian culture, you can also look at some proverbs and poetry here. Those are really important if you want to feel the Russian Culture.