Some people say that they speak a language better after they have had a drink. This, I don't really believe, but I do think that a glass of wine can start a conversation and that knowing some Spanish wine vocabulary can definitely help. Study Spanish wines and you will have a great topic to talk about and definitely have fun while finding new ways to improve your Spanish.

There is good wine nearly everywhere in Spain. If you meet someone from a specific region, mentioning a wine you enjoy from their hometown can be a great way to impress and connect. If you enjoy wine and socializing, drinking wine will truly be the easiest way to learn Spanish! 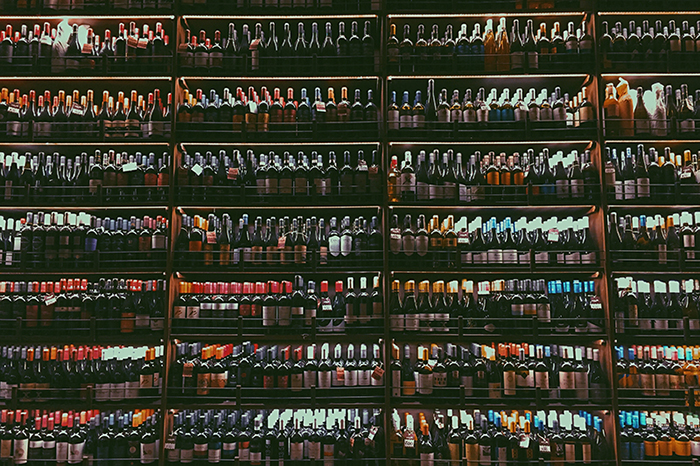 Spain is blessed with numerous regions whose climates lend themselves to complex and full wine flavors. Unlike in The United States, wines from Spain are not separated by grape varietal, but by region. There is a governing body with strict quality control called denominación de origen (designation of origin, or D.O. for short). I have extensively travelled these regions and here are my picks of the four best kinds of wine to try in Spain:

Wines from this region must be composed of at least 70% tempranillo. As far as red wine goes, these subtle flavors and medium body are as good as it gets. Ribera´s slightly more famous brother La Rioja typically has a fuller body and more intensity, which takes more time to calm down.

If rosé is your thing, then look no further than the region of Navarra. The area boasts about its extremely slow fermentation process that better extracts aromas from Garnacha and other grapes. 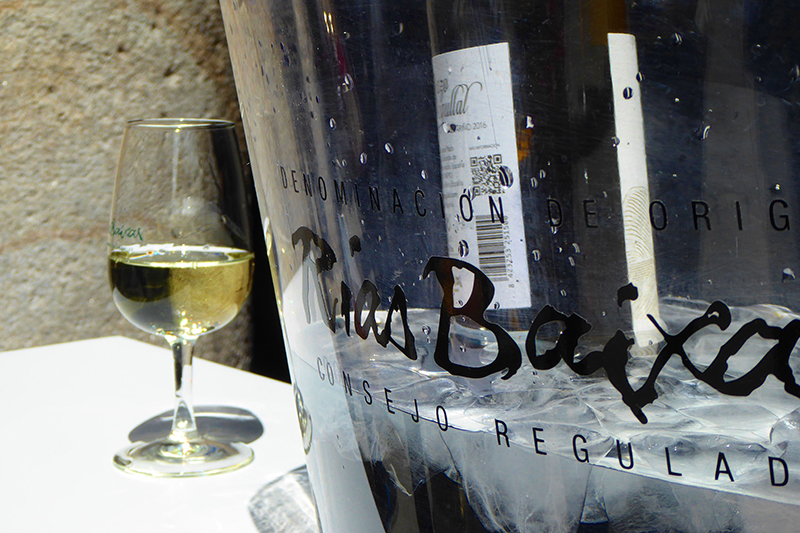 The grape varietal Albariño accounts for 90% of total production, which when paired with pulpo a la gallega (Galician Octopus) forces you to close your eyes and moan. The white wines from this region are typically dry and crisp and go perfectly with seafood.

Famous for fortified wines such as Manzanilla, Fino, Amontillado, and Oloroso (from lightest to darkest). These wines range from about 15% to 17% alcohol and the aging process is quite complex, differing from traditional wines. Try an Amontillado with smoked cod eggs for a perfect pairing! 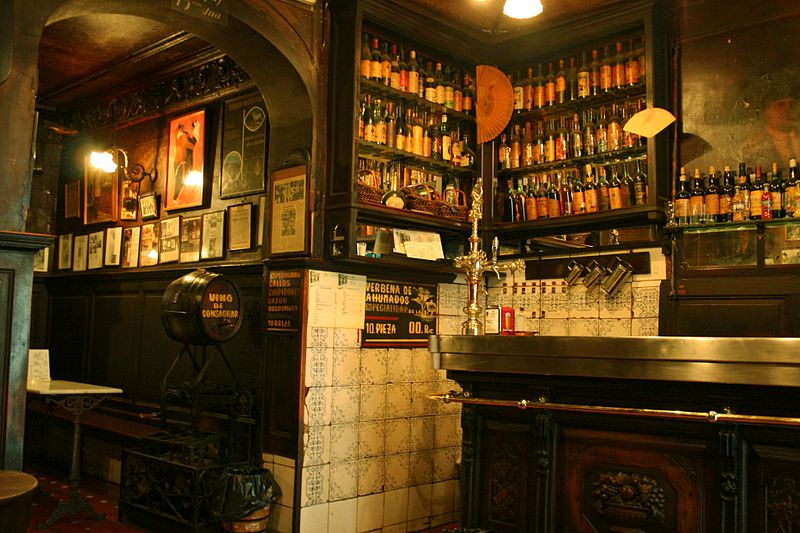 Did you just pick up a Spanish wine menu and feel a bit confused? Here is some Spanish wine vocabulary to help you pick the perfect glass.

joven - young, this means the wine has not touched wood and was bottled after fermentation. 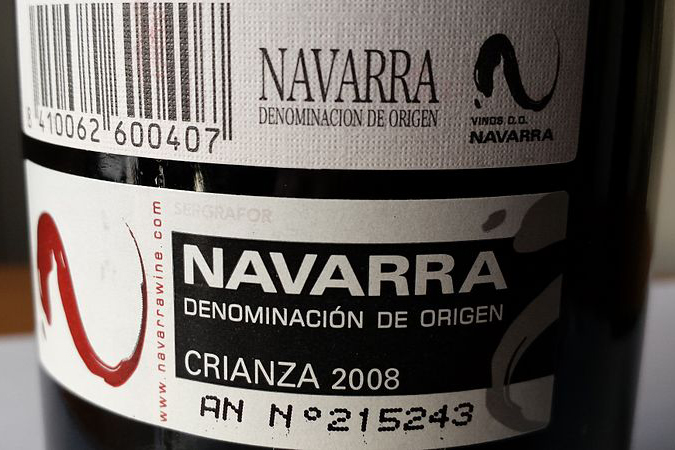 crianza - upbringing (literally), this means the wine was matured in a wood barrel for at least a year. See the photo above of a wine label from Navarra which shows the year, D.O., and aging process.

reserva - reserve, this means that the wine has aged for at least three years with a minimum of one year in a wood barrel.

gran reserva - great reserve, this mean the wine has aged a minimum of two years in barrel and five years overall.

la vista - the look, how the wine visually appears.

la nariz - the nose, how the wine smells.

"lo que crece junto va junto" - what grows with it goes with it, this means that food from the same region as the wine pairs well with it, a somewhat common saying of Spanish gastronomy. 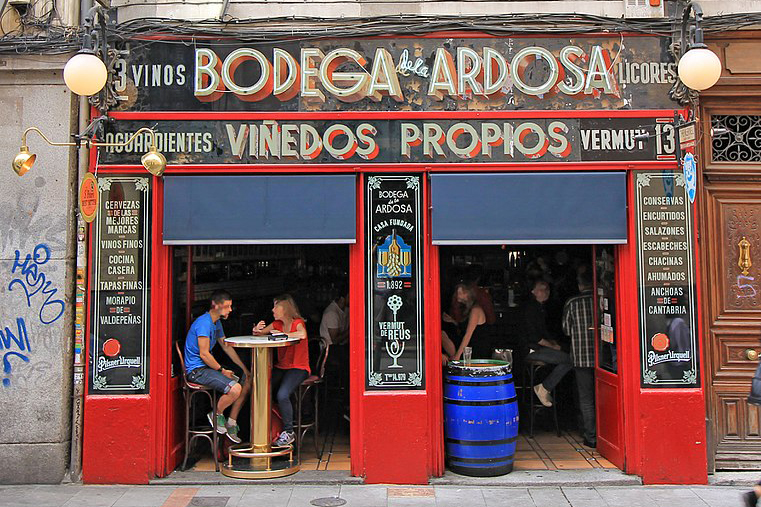 How to order a glass of wine

First, even in upscale establishments people use much less formal phrasing to order than one might think. If you want to sound like a native, you should avoid translating from English into Spanish and keep things quick and easy.

These two ways of ordering are probably the most common in Spain:
Ponme - put me (literally)
Dame - give me

If you are not sure what a certain wine is say:
De qué región es este vino? - What region is this wine from?
Este vino es blanco o tinto? - Is this wine red or white? 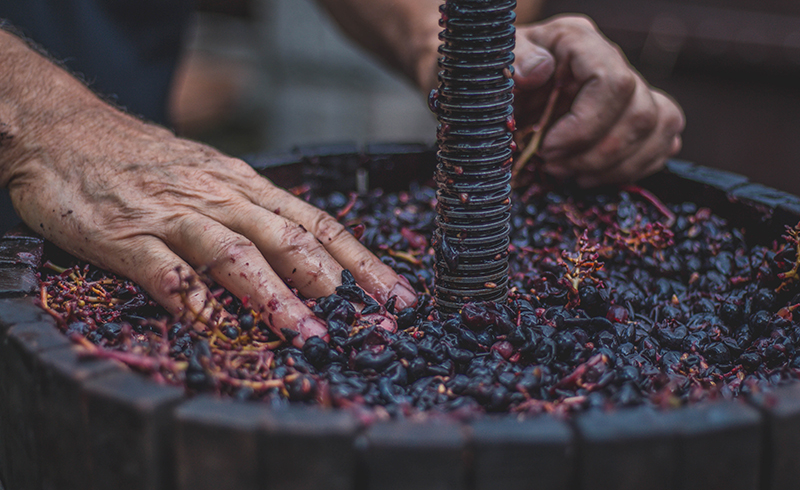 When I was learning how to speak Spanish, I used to take time to construct my sentences and find the right words to use. One thing is certain, the phrases I repeated over and over came much easier to me. I never struggled to recall the sentences I studied through music or on Speechling. That's the beauty of these methods; they employ repetition. The best part about Speechling is it disciplines you to focus on your errors and to repeat, repeat, repeat.

Things you do all the time like order a coffee, ask about bus times, or choose a glass of wine will quickly become automatic. It's amazing what a few key sentences memorized every week can do for your Spanish learning. Try using a few of these Spanish wine phrases and Spanish wine vocabulary in a real life situation and learn more on your own.