Let's face it, a lot of your Spanish speaking practice outside of the classroom will happen at the dinner table, in cafes, or in restaurants. People connect over a good meal, especially in Spanish-speaking countries. In Spain, lunches last a couple hours and it is quite common to order multiple course, fixed menu meals. Using impressive restaurant words in Spanish is the best way to join the conversation! 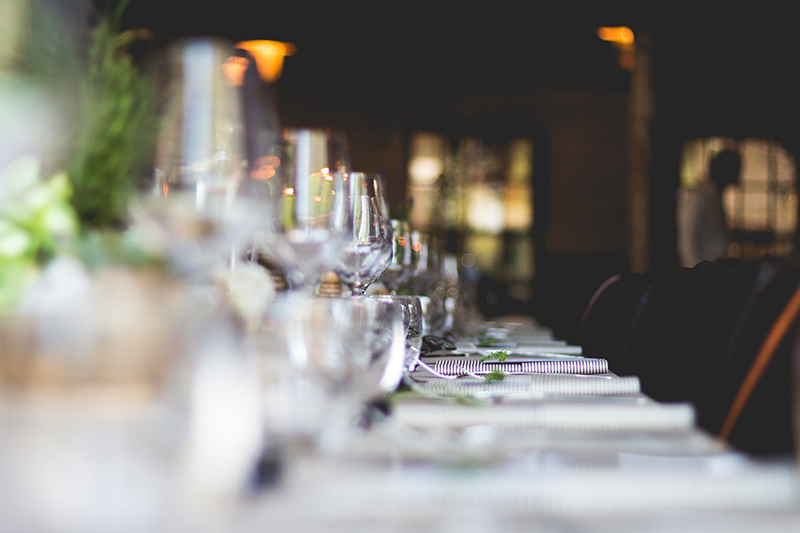 Before you even eat, let's focus on a few words that describe kinds of restaurants. This will help you search for, decide, and talk about what to eat. Depending on what kind of restaurant you go to, the available options and prices will be way different.

feminine noun - This is where you go to have a coffee and a small breakfast in the morning, or something small to eat during the day. They usually serve alcoholic drinks as well. As far as food, you can expect bocadillos (sandwiches), un pincho de tortilla (a small portion of Spanish omelet), and bizcocho (sponge cake).

masculine noun - This type of standard eatery has a full menu or fixed menu for lunch and dinner. It probably won't be open in the morning. For help pronouncing this word and others click here.

feminine noun - Usually people go here to have a beer or other simple alcoholic beverage. A great place for meeting people, loud conversation, using restaurant words in Spanish, and tapas as well!

masculine noun - The characteristics of this type of special restaurant vary. Most likely it will have traditional decoration and a rural styling. Although there are restaurantes that are just as expensive as mesones, the latter are usually not the cheapest option.

feminine noun - A bodega can literally be a winery, although some restaurants call themselves bodega if they specialize in wine. Expect to find a vast selection of wine accompanied by tapas and probably full meals as well. Wine barrels frequently serve as cocktail tables, decorations, or vessels actively aging! Make sure to study up on wine varietals before going. 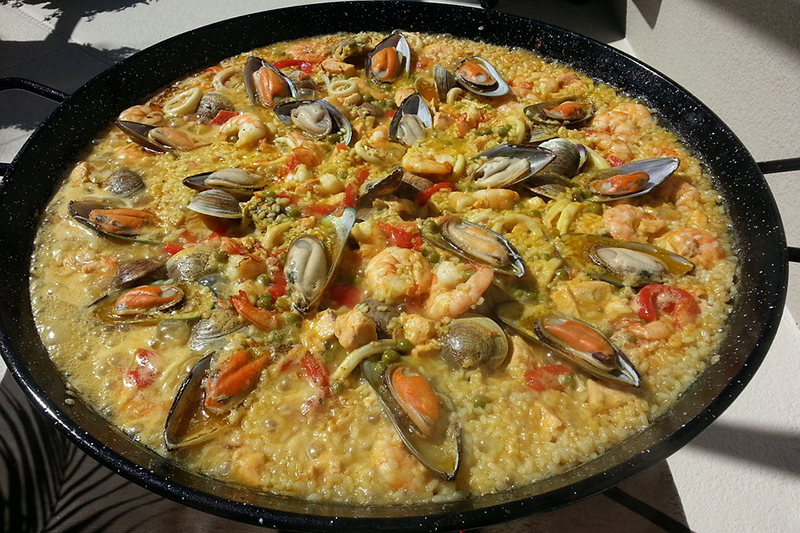 Many beginners learn the words rico (delicious) and bien (good) to complement the chef, but what if the food is not so good? Or what if you want to embellish a bit? These are common, but more descriptive ways to talk about the taste of your food.

adjective - This restaurant word in Spanish is used often to describe dishes as particular to a certain region or city.

adjective - Full of flavor and delicious. This word sounds a bit more special and elegant than the more ordinary word rico (delicious). Use it to give a nice complement to someone's food.

adjective - This word literally means lacking in salt, but also is used to describe a dish lacking flavor in general. Colloquially this word can also mean a boring person.

adjective - Only use this word if you feel very strongly about a dish or certain ingredient. It is a strong word of dislike.

adjective - This restaurant word in Spanish might be slightly overused, but usually means that the food item was made at the restaurant. It could mean simply higher-quality food, as it is put on prepackaged food sometimes from the grocery store. It is useful to ask if certain things are homemade so you can gauge what dish you might order. 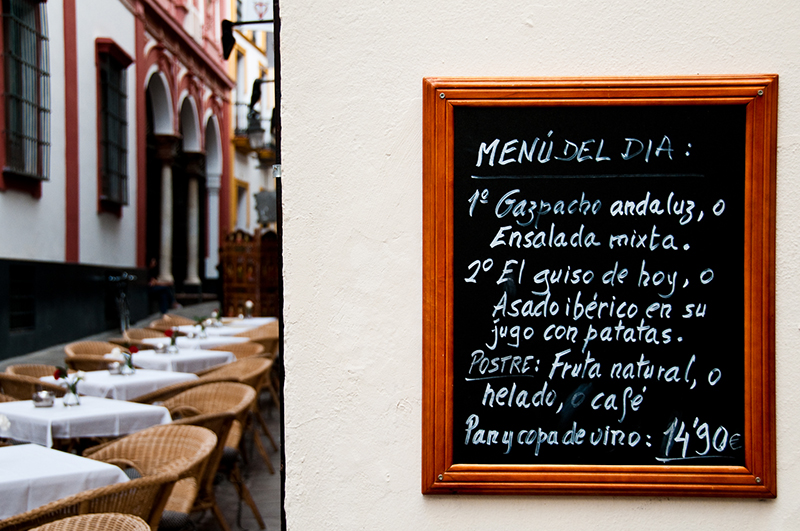 masculine noun - This fixed menu is for lunch, which is typically the biggest meal of the day in Spain. It usually comes with an appetizer, entree, and dessert, the latter of which can be substituted for coffee. A glass of wine (or sometimes entire bottle for tables of two or more) or other drink is also part of the deal. If you don´t know this restaurant word in Spanish, you will miss out on some of the best well-priced options.

feminine noun - Definitely not to be confused with the false cognate menú this is what you look at for descriptions of dishes. It is actually understood as sort of the opposite of a fixed menu, because you pick exactly what you want.

masculine noun - Sometimes appetizers are pretty big, but that is a pretty good translation of this course in a fixed menu. Usually it is a soup or a salad, but could be anything.

masculine noun - This is the big lunch plate in a menú del día. It is usually a protien served with potatoes on cheaper fixed menus, although options run the gamut, especially depending on region. This restaurant word will likely be part of your lunchtime conversation in Spanish.

masculine noun - This is any sweet that follows the meal, some of the most common options in restaurants are flan, ice cream, or rice pudding. 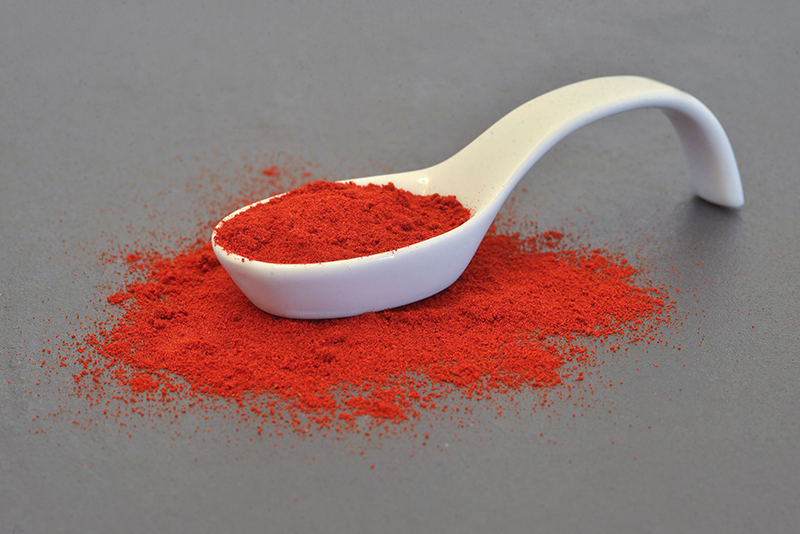 As you talk about the food you're eating with your Spanish-speaking friends, tell them you detect a bit of these special touches. Or, show off your knowledge of expensive seafood!

masculine noun - In Spain, this ingredient is in all real paellas. It is the main thing that gives it a yellowish color.

masculine noun - Obviously garlic is a restaurant word in Spanish that is pretty important to know. In general in Spain, it is used often but sparingly.

masculine noun - This product is grown in the Southwest of Spain and is some of the best in the world. It is sprinkled on top of many dishes, there are spicy and non-spicy versions.

feminine noun - This spice is used in many stews and soups. Most throw in a few leaves to when cooking famous Galician octopus.

feminine noun - To finish off our list, here is an amazing seafood species that not many Americans order while traveling. Smaller than a full-size lobster, but just as tasty. 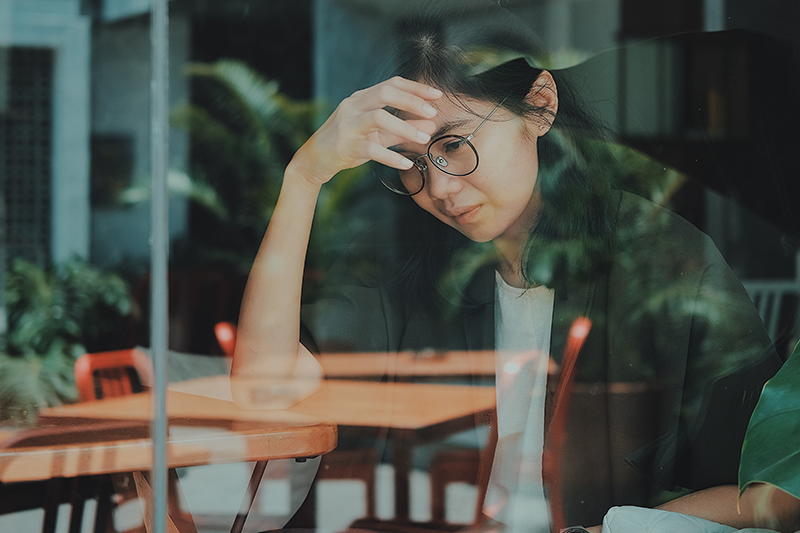 How to Memorize Spanish Vocabulary

Speaking is more difficult than just understanding. If you read these restaurant words in Spanish and become familiar with them, they might be called to mind when someone speaks them. However, without fully memorizing them, you will not be able to use them fluidly when speaking. Here are a few tips for memorizing new Spanish vocabulary:

If you carry around a notebook and write down words all the time that is a great start. But, turning these lists (or vocabulary lists like this one) into flash cards is a whole different animal. The tactile readiness to drill the words into your head will give you not only more inspiration to memorize, but also add a slightly hands-on element.

This amazing language learning website has its own flash cards built in, but is really much much more. Their free vocabulary flashcards deal with a variety of subjects in sentence format. This means you cover both vocabulary practice and grammar practice as you see these words in context.

Whatever you do, keep in mind that restaurant words in Spanish are used all the time and are an important subject to master. Also, the dinner table is a somewhat easy and relaxed context to impress by using descriptive and specific words for specialties and distinct tastes. ¡Buen provecho! (Bon Appetit!).