Exploring the vast world of Italian literature is a sure-fire way for Italian language learners to practice their comprehension and acquaint themselves with Italy's rich culture and history.

Reading in a foreign language can be a daunting prospect. Italian, in particular, has centuries' worth of books ready to explore, and they are often written in experimental prose or regional dialects that those learning Italian may have difficulty understanding. That's why we've compiled a list of notable and accessible titles that will help you get started on your literary journey! 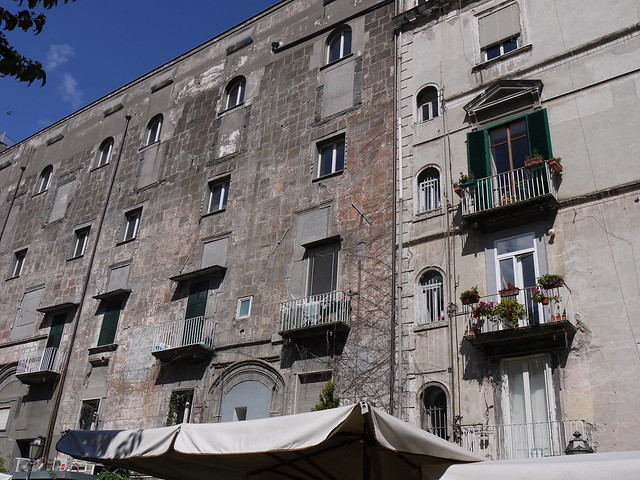 L'amica geniale (My Brilliant Friend) is the first of a series of four novels by Elena Ferrante. Dubbed the Neapolitan Novels, the series is a coming-of-age story following two precocious girls living on the outskirts of Naples and tracks their lives as they navigate the often violent and tedious nature of the place in which they live.

L'amica geniale was a breakout success internationally. A highly-anticipated television adaptation premiered on HBO in late 2018. The author, Ferrante, has also attracted a lot of attention, as her life remains shrouded in mystery. In fact, the public doesn't even know the author's real name, "Elena Ferrante" being a pseudonym. 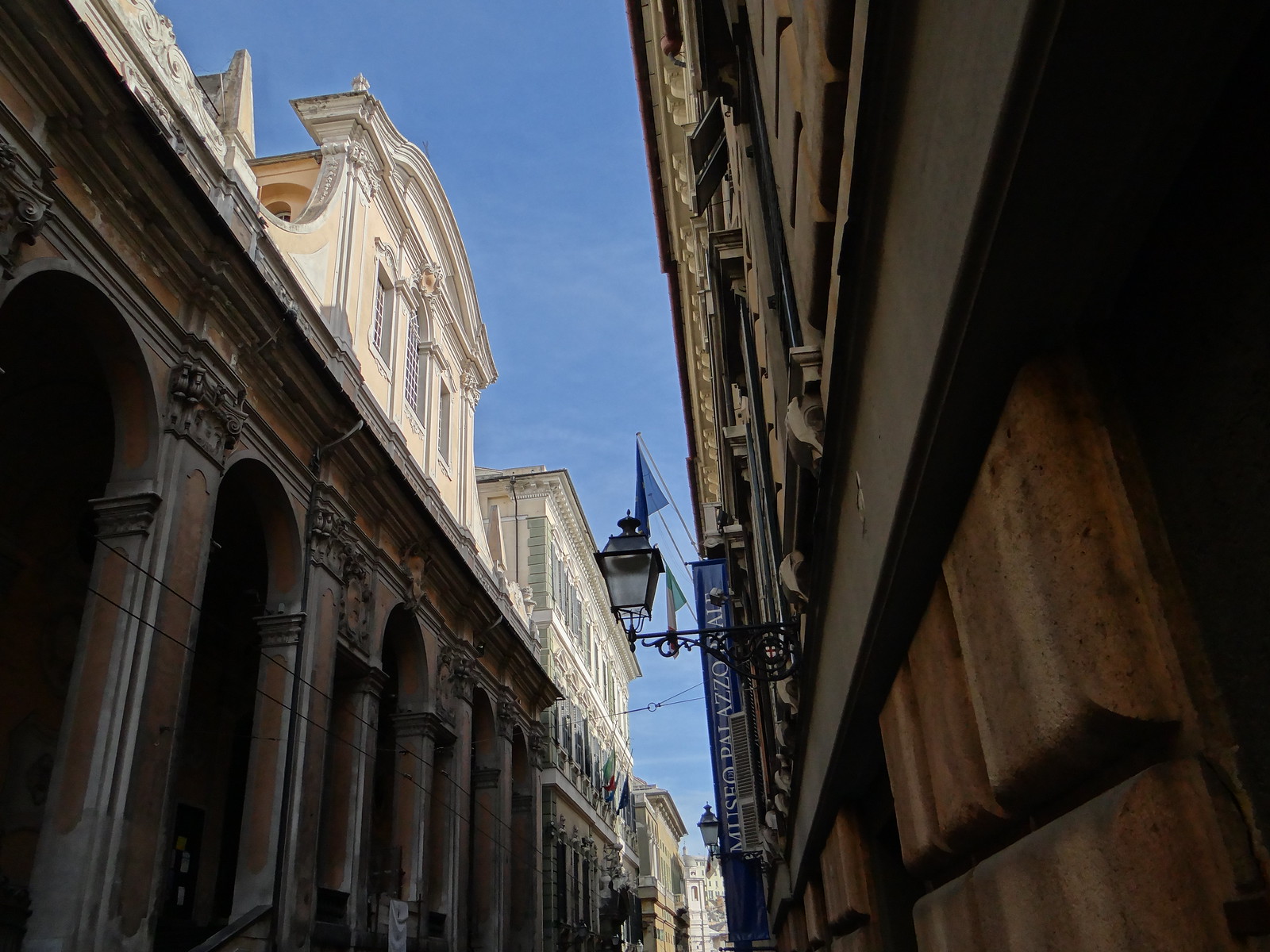 Le città invisibili (Invisible Cities) by Italo Calvino is easily one of the most acclaimed 20th-century Italian novels. Published in 1972, the story follows famed explorer Marco Polo as he describes to emperor Kublai Khan the various exotic and fantastic cities he has encountered during his travels. Inspired by Marco Polo's 13th-century travelogue, the novel delves into profound and complex questions of human experience and perception.

Italo Calvino is widely celebrated, both in Italy and around the world, for his fiction, journalism, and critical essays. At the time of his death, he was the most-translated contemporary Italian writer. His prose tend to be rather lucid, and accordingly his works lend themselves to translation and can be good books to delve into if you're learning Italian. Calvino is also clever to boot. His books are guaranteed to make you laugh and think deeply about your life and the universe around you. 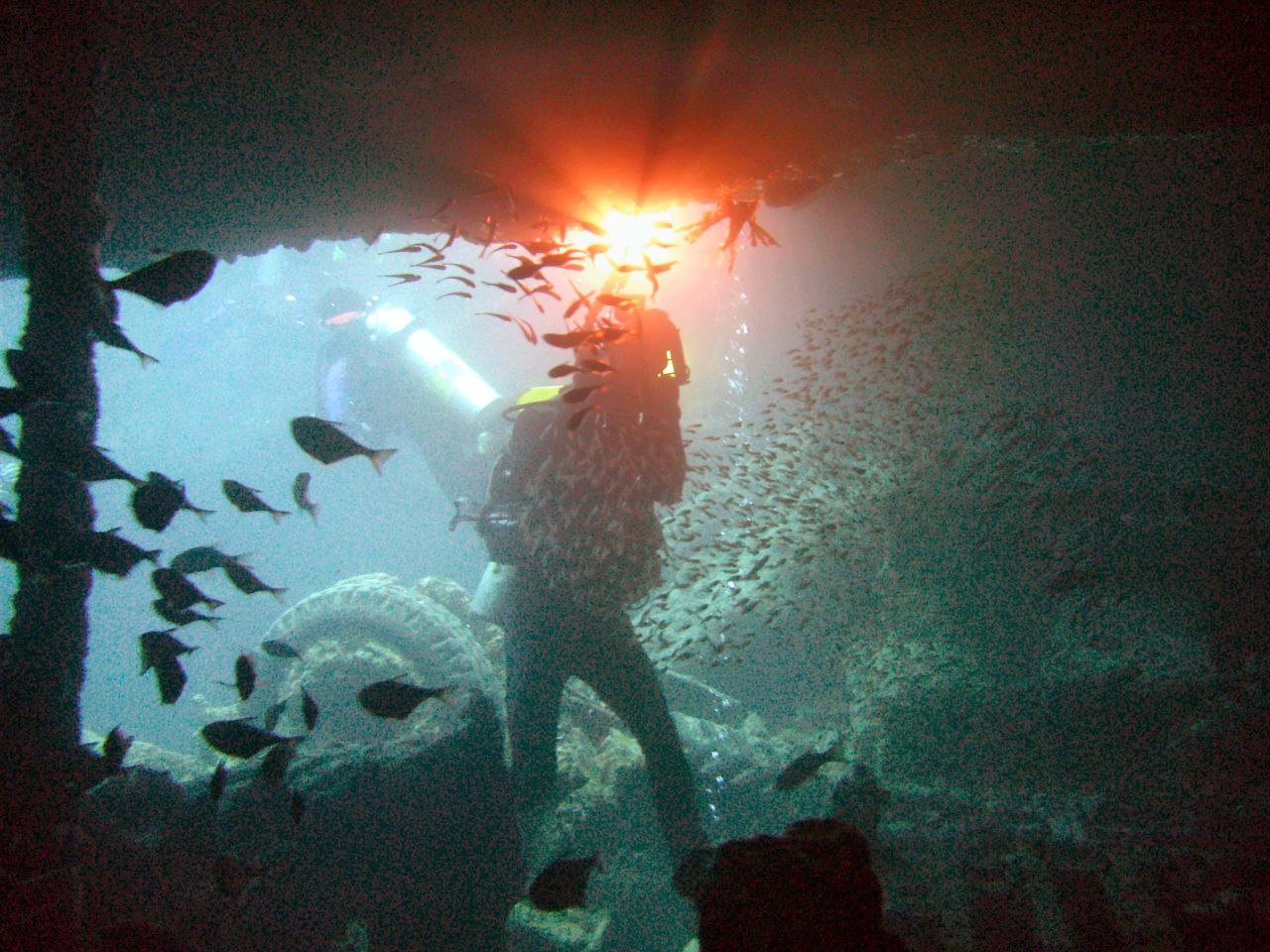 Il bar sotto il mare / The Bar Beneath the Sea

Il bar sotto il mare (The Bar Beneath the Sea) is a short story collection by Italian satirist Stefano Benni. While Benni is primarily known for his biting and hilarious critiques of modern Italian society and culture, this playful collection of parodies spoofs literary characters, tropes, and histrical figures recognized the world-over, from the matronly Miss Marple, to Edgar Allan Poe, to Sigmund Freud.

Short stories like these offer good practice for Italian language learners, as you can often finish one in a single sitting, whereas a novel can amount to a larger commitment. Stefano Benni, in particular, writes in a clear style that beginning and intermediate-level Italian learners may find easy to read. Plus, since his stories largely satirize elements of Italian society, there is the added bonus of learning about contemporary Italian culture. 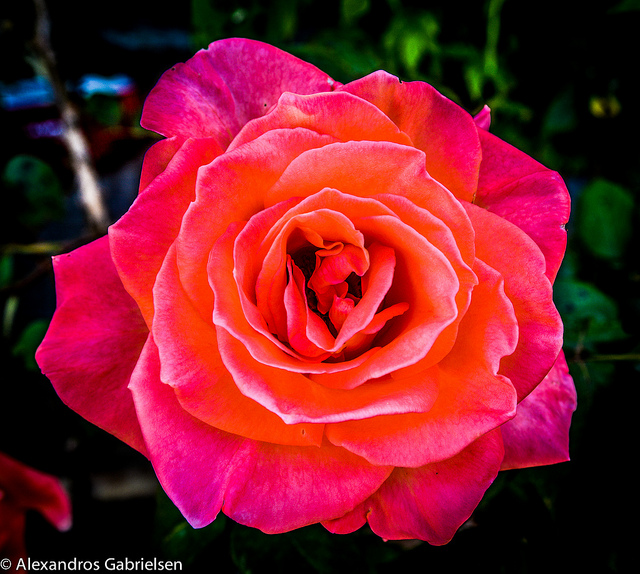 Il nome della rosa / The Name of the Rose

Il nome della rosa (The Name of the Rose)is one of the most popular works of Italian literature in recent decades, having been translated into a number of languages and adapted for television and stage, as well as a film starring none other than Sean Connery. Set in 1327, the novel is a murder mystery that plays on the Catholic Church's history of secrets and intrigue. It was the debut novel of Umberto Eco, who, like Ferrante, is one of the most-read Italian authors today.

In Italy, they refer to mystery stories like this as gialli (in English, translating literally to yellow). Similar to "pulp" stories in America, which were named for the quality of the paper they were printed on, the term for this literary genre came from the color of book covers belonging to a popular series of mystery and crime tales that began coming out in the 1920s and 1930s. 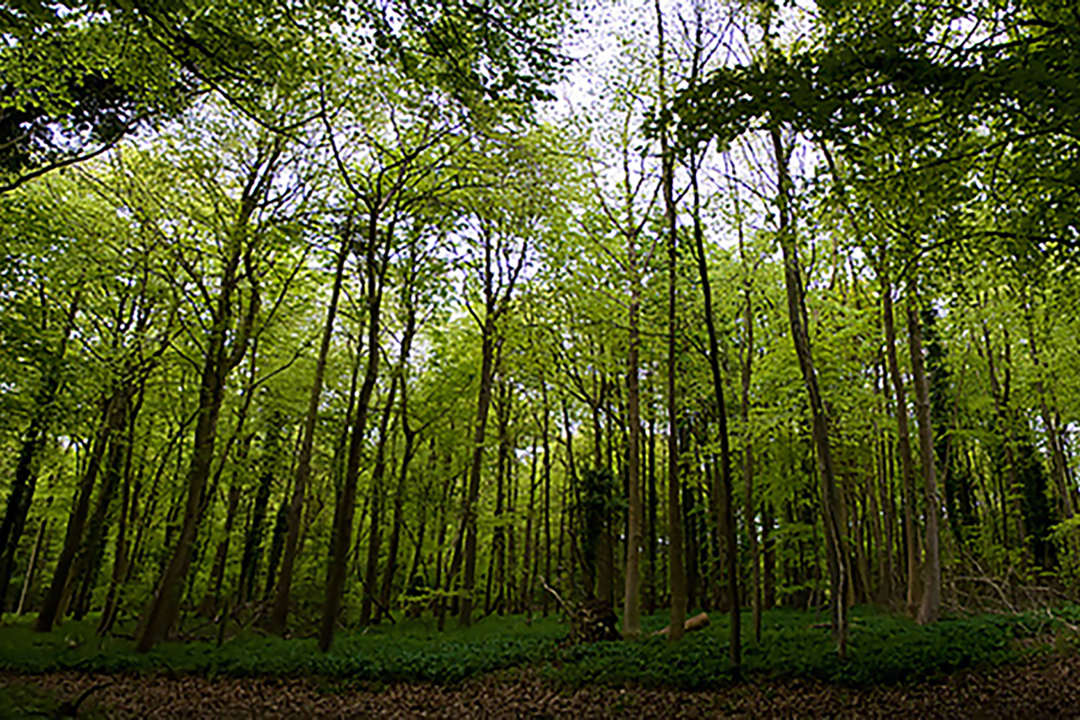 Il barone rampante / The Baron in the Trees

Okay, so we may be doubling up on Calvino novels in this article, but that's because Il barone rampante (The Baron in the Trees) is seriously a great book (and one of my personal favorites!). Set in 18th-century Italy, this novel follows a young boy in a noble family who one day, in a childish act of rebellion against his parents, climbs into a tree and refuses to get down. When his parents don't acquiesce to their son's demands, rather than give up and climb back down, he remains in the trees and decides to lead his life up there in the branches, outside of the influence of his family and society. Soon, he becomes renowned the world over, garnering the attention of notable historical figures of the day, such as the French writer Voltaire.

This adventurous, humorous tale is the second in a trilogy of thematically linked novels Calvino wrote in the 1950s, titled, I nostri antenati (Our Ancestors). Each of the novels is set in a historical time period and explores questions of the self and our relation to society through a humorous, fantastical lens. 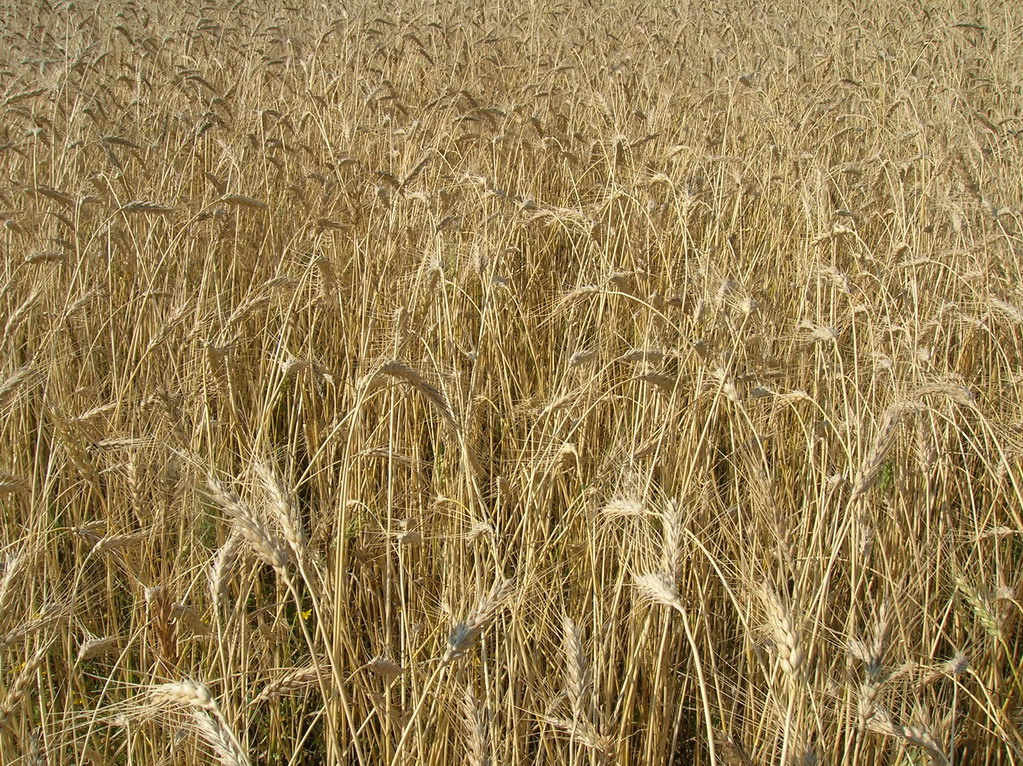 Io non ho paura (I Am Not Afraid)

Io non ho paura (I Am Not Afraid), by Niccolò Ammaniti, is a giallo set in Italy's southern countryside in the 1970s. Intended for young adult readers, its relatively simplified prose is sure to prove more accessible to Italian language learners who are at the beginning or intermediate levels, while nevertheless thrilling readers with its suspenseful plot.

This novel is a natural choice for anyone in the process of learning the language. In fact, I first read it in an Italian language course myself! 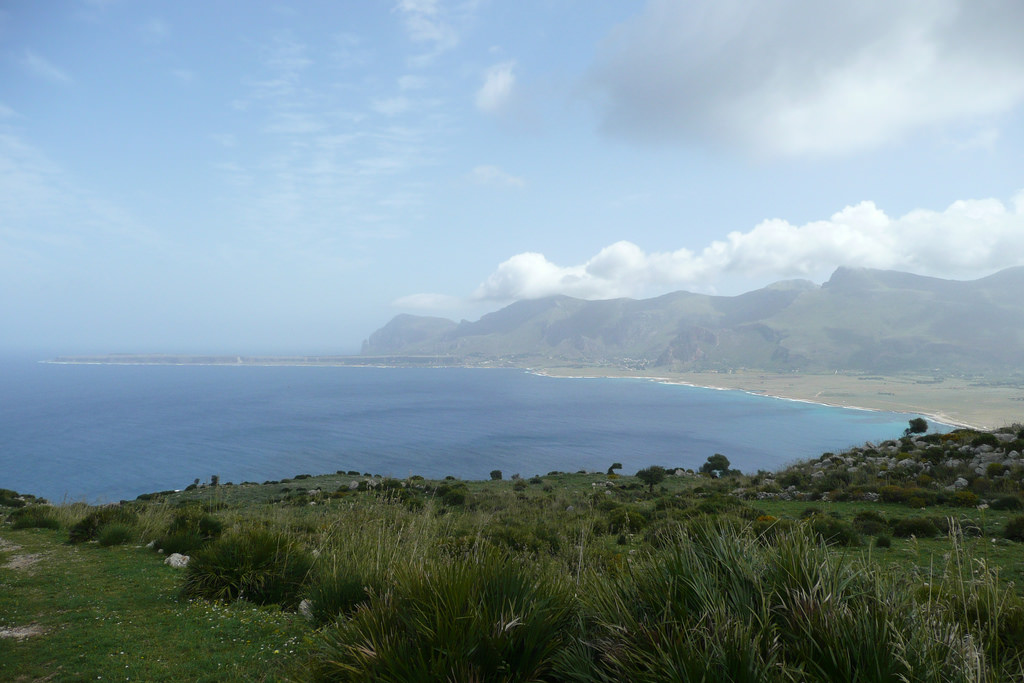 Alright, here's yet another giallo. What can we say? Italians love a good mystery (and so do we!). La forma dell'Acqua (The Shape of Water) is the first in a long series of books by Andrea Camilleri following Inspector Montalbano as he investigates mysteries in the fictional Sicilian town of Vigàta.

Though written in standard Italian, Camilleri sprinkles in little bits of Sicilian dialect and grammar in order to lend the tale a "regional" flavor. The tales of Inspector Montalbano have become very popular in Italy, inspiring multiple TV series on Italian television, and have since gained attention internationally. 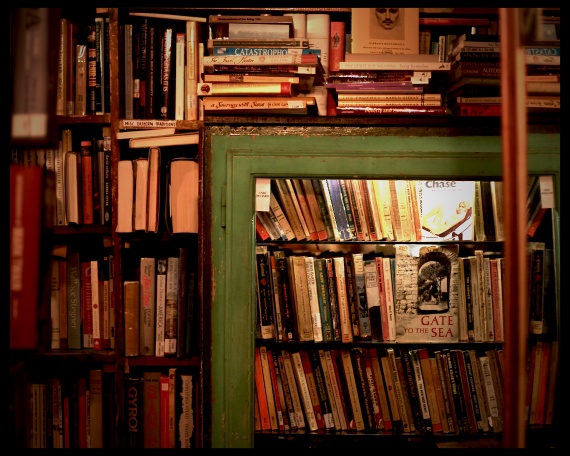 There are a number of practical measures you can take that will prove helpful as you dive into these texts. Here are a few tips: