This guide will make you an expert on Russian poetry.

The Russian language is considered to be very melodic due to a large number of long vowels. That is why Russian poetry is famous around the world and if you are interested in learning the language and understanding Russian culture, you just can't pass it up.

Poetry is an important part of any nation's culture and especially so for Russians. However, poetry is considered the hardest to understand among written works. The reason for that is quite simple. Poets need to make rhymes and in order to achieve a wholesome poem, they use unpopular Vocabulary. Some of them experiment with the language, take, for example Mayakovsky. He was a very famous poet of 19-20th century but his poems are awful for foreign learners because he thought up new words, he wrote poems in two words per verse and so on. I can understand the frustration of trying to understand a foreign poem and not getting any sense and thus no pleasure at all. That is why I've made a list of famous Russian poets, whose works are easy enough to understand and enjoy. Knowing those poets will also allow you to have more topics to discuss with a Russian friend and will give you a few insights in the Russian History and Culture.

Note: I've made a list of words for you consisting of 30 words. I will not include more so that the list doesn't get enormous. Try to write down 10 of the ones you like the most. Most of them have a synonym which is easier but since you are aspiring to read Russian poetry, you are on a level where you should broaden your vocabulary with more complex definitions. If you have trouble with some of the words below, Here is a professional Dictionary to help you. 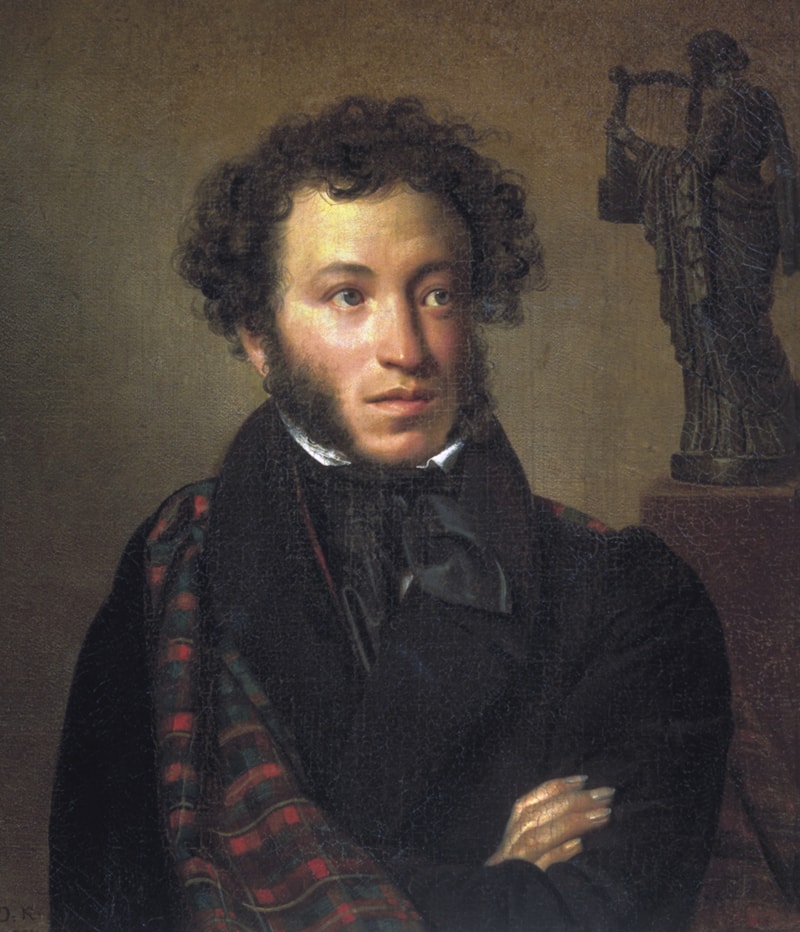 Pushkin is not only the most famous poet in Russia but is known all over the World. He was a visionary who changed Russian poetry so drastically that a Golden Age of poetry began as a result of his exceptional work. He wasn't a revolutionary only in poetry. He was a revolutionary politic too, a decembrist. They were a group of young students who wanted to change Russia to a parliament monarchy.

They have failed, however, and only Pushkin's exceptional talent allowed him to keep his life. He was sent into an exile for a time and a lot of his works were influenced by it. He returned to the capital soon afterwards but didn't manage to keep his life for a very long time after that, the hot-blooded fellow. Duels were a very famous way to settle quarrels among the nobility.

Pushkin seemed, for some reason, to call people out for the tiniest trifles. Most people shied away, him being such a famous poet, not everyone though. At the age of 37, he died in a duel. Consider, how much more he could have written had he not been so reckless. But, oh well, let us stray from the sad path and look at one of his most famous poems. It is a beautiful one and about love too.

If You want to hear the way the poem sounds, you can do it Here.

Krylov is Russia's most famous author of fables. His works have been teaching our children morality and life for more than 2 centuries. You see, fables are poems with a lesson in them. Krylov's poems features different situations between animals. They are really like proverbs in a poetic form.

By the way, proverbs are an important part of the Russian language and I have written about them too. Check it out and try to find a proverb for a fable that I'll include in the article later. Krylov didn't have such an eventful life as Pushkin, although they had been contemporaries. He was a distinguished writer, well-known and liked by the government. He wrote fables, articles and published journals but his fables are his legacy.

I haven't known a single person among my Russian friends who hadn't read The Crow and the Fox. It is a fable that teaches us not to be vain. I have included the poem for your judgement. It is really easy to understand and very well rhymed.Krylov edited his fables many times over to make them as short as he could. That is why they are so practical and have nothing superfluous.

It is quite long, so here is a Bonus Cartoon made in USSR that features the fable. 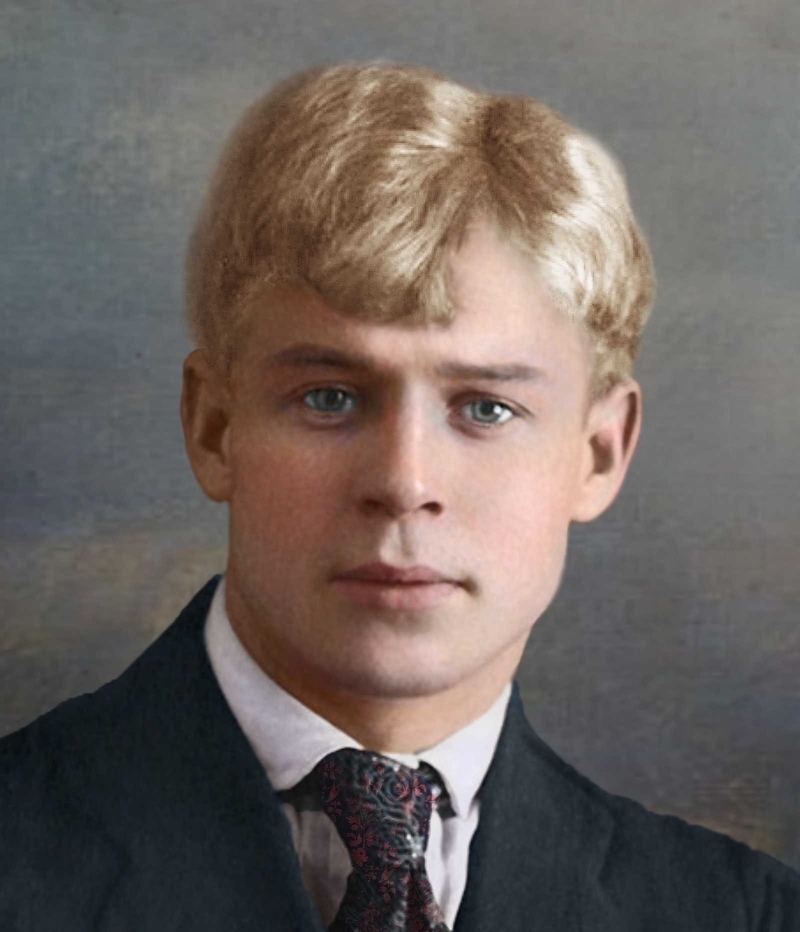 Esenin was truly considered a poet from the peasant ranks. He was born in a small rural village just before the revolution of 1917, the one that had brought about the Soviet Union. A lot of his poetry, especially early works, is connected with the Russian nature, its beauties and the life of common people who lived in simple villages at that time. He was actually the first poet who specialized in poetry about village life and Russian province.

His poems, written in clear simple words, became awfully popular. He could have written so much more had he not died at the age of 30. The official version is suicide.He had been in a depression for a very long time and couldn't take it anymore. Some people think, however that he was killed by KGB because of very unusual circumstances of his death. The poem I have chosen for you is among his most famous works. If you have some Russian friends, they probably know it. It is an ode to a tree that symbolizes the beauty of Russian nature - A birch during winter. Just read it and enjoy , or maybe you would rather Listen to it. 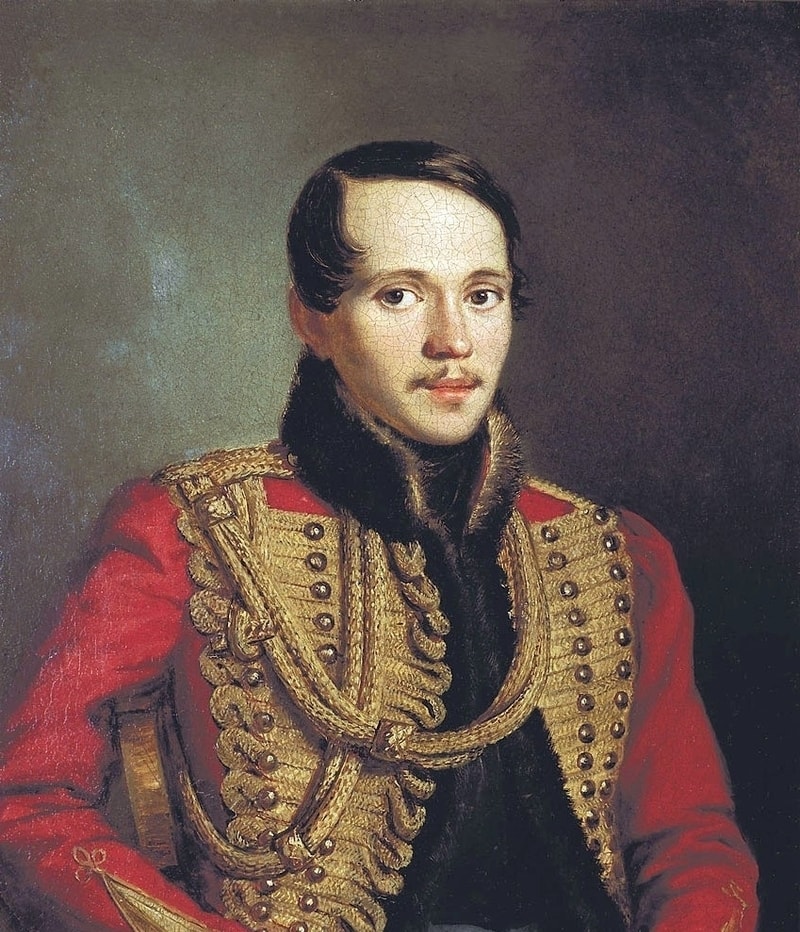 Lermontov is considered to be one of the all-time best Russian writers. His novel A Hero of Our Time is a masterpiece of psychological literature and a monument in the name of Russian literature. He was not only a writer but a famous poet too. Lermontov was born when Pushkin had been sent into exile, they were contemporaries.

Michail Yurievich was a military man. His poem Borodino was inspired by a hard-won war against France in 1812 and it fuels patriotic feelings of our people up to this day. He spent a large part of his life serving in the Caucasus Mountains, so a lot of his works depict those picturesque, somewhat wild and free lands.You can Listen to the poem Over Here. 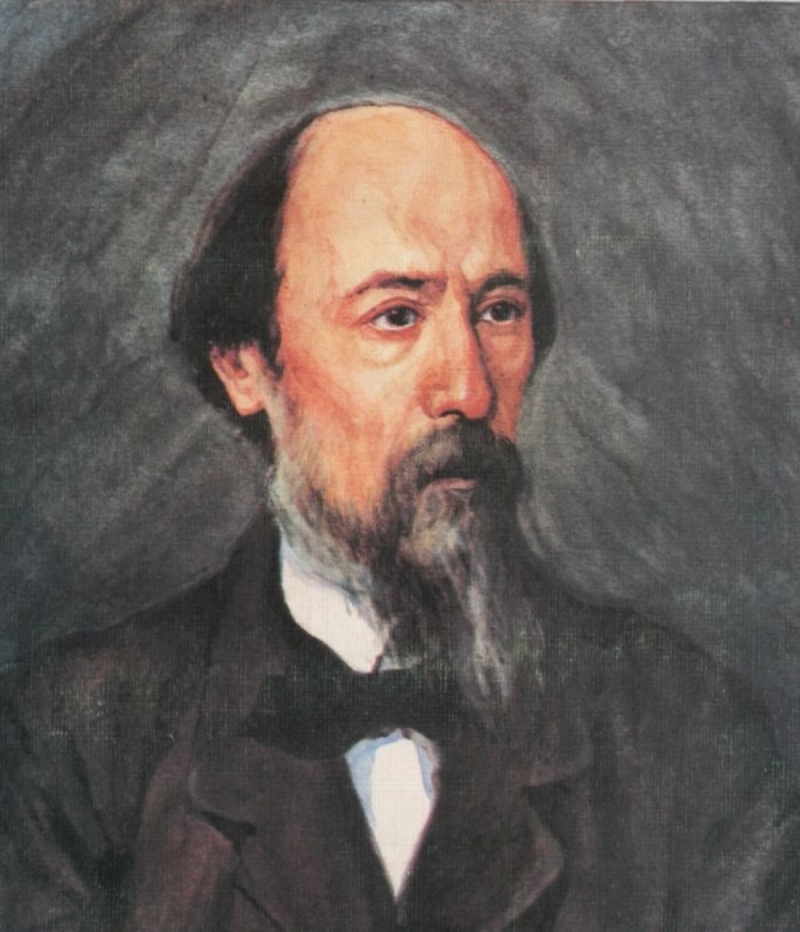 Nekrasov was born a rich nobleman. He had everything he wanted: an easy life, servants, his own manor and fame among other nobles due to his bloodline. However, he is remembered by millions for other deeds. Nekrasov was a poet, a writer and a publisher of one of the most famous journals in the Russian Empire. He was a very unusual poet for his time. You see, the main topic of his poems was a hard life of Russian peasants.

Being under Serfdom they were basically slaves. Nekrasov depicted their hardships and their fate in his poems filled with sadness towards their kind.Read the poem below and try to grasp his feelings toward the poor peasant. And a Link for you to Listen. 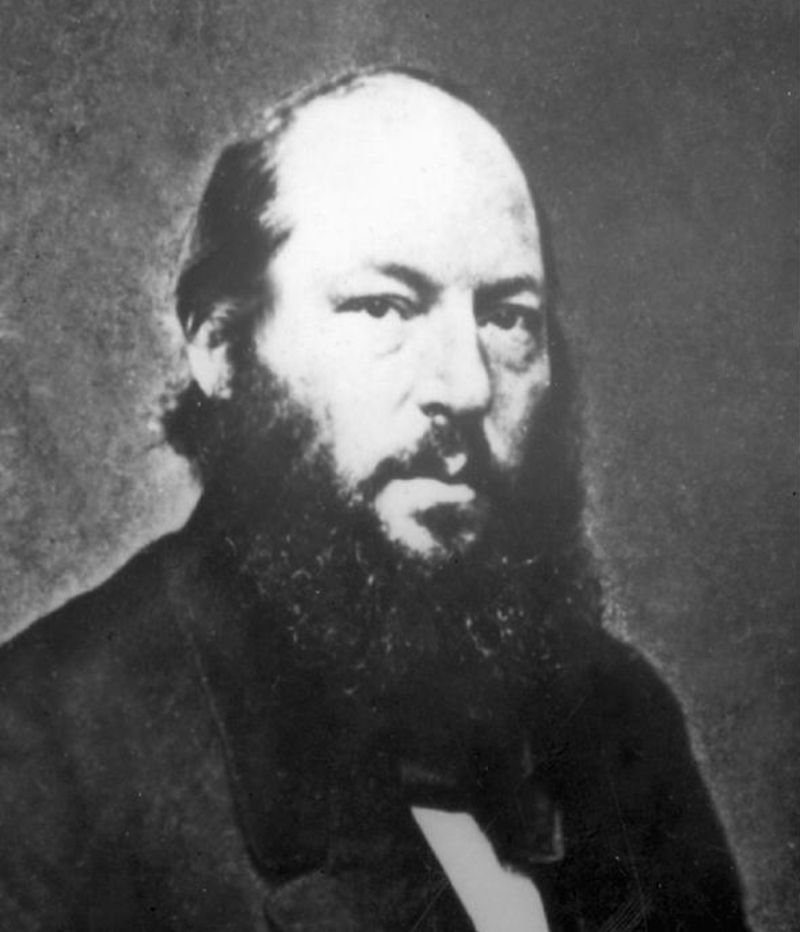 Fet was a real Russian romantic. The main themes of his poems were: love, nature and art and all of that was bound by true beauty in his opinion. Sounds romantic, right? Well, the interesting fact was that romance was his one side and his other one was quite efficient, enterprising and businesslike nobleman.

Well, business is one thing and poetry is quite another. Fet is considered to be one of the most exquisite poets of all time. The interesting part for you, learners, is that he managed to write a love poem (not one, mind you) without a single verb. Every action is hinted upon by nouns, adjectives and adverbs. Here is the Poem: 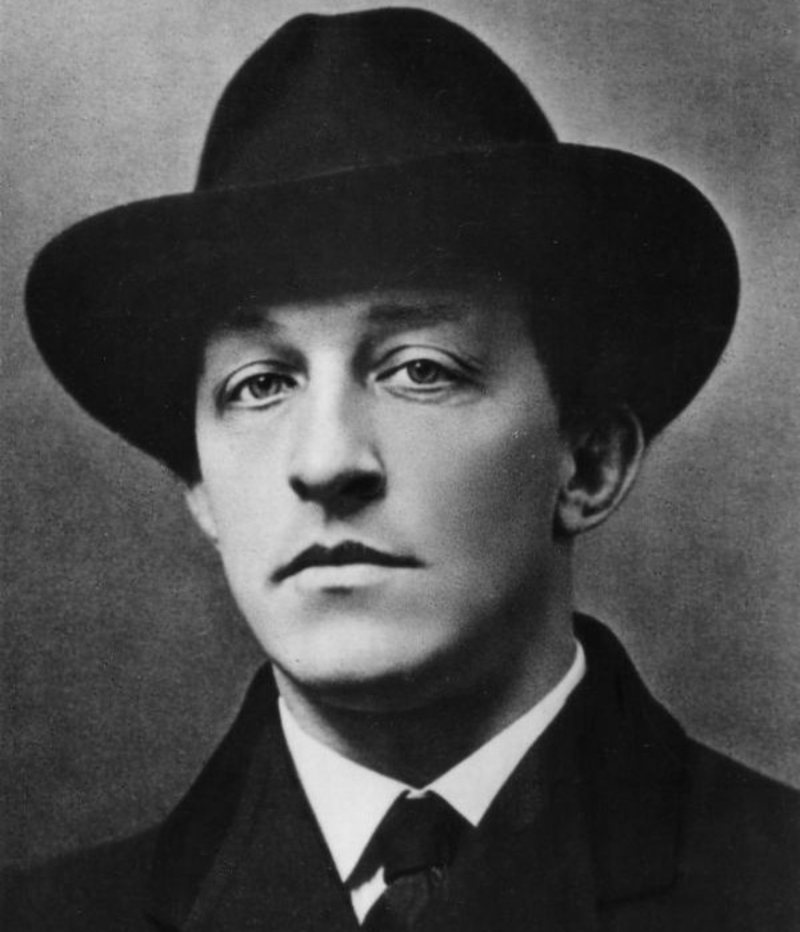 Blok is a 20th century poet. This time was considered to be a Silver Age of poetry. It was by far not as rich in genius poets as the Golden Age but it had some too, Esenin and Blok being among them. Blok was a real symbolist, hiding different signs in his poems which were mostly about love. He was one of the few poets who hadn't left after the Soviet Revolution and actually wrote some works in appraisal of the new regime. Here is one of his poems for your judgement and a Link for you to listen to it.

So, You've just read about the most famous poets of Russia. There are, of course, a lot of other notable writers but the ones above you cannot do without. Everyone in my country knows their poems and was brought up by learning them in school. I hope that you will like some of those authors and read some of their other works as well.