If you’ve ever prepared for a trip abroad, you probably know that you need to brush up on some essential foreign language skills to get around. If you’re learning Japanese, that means familiarizing yourself with the concept of Engrish, or English loanwords borrowed from English and transformed into Japanese. This is something English speakers do all the time—just think of foreign-derived words like “kindergarten,” “sauté,” and “piano” that we’ve adapted into our own accent and language.

By the way, you might be wondering if “English” was misspelled and the answer is No! “Engrish” is a slang word that makes light of the lack of ‘L’ sound in Japanese (the ‘L’ sound gets replaced by an ‘R’ sound). Hence, you will see this replacement of any ‘L’ with an ‘R’ sound in the loanwords discussed below! Now, let’s launch into this beginner’s guide with the all-important question: what is a loanword? 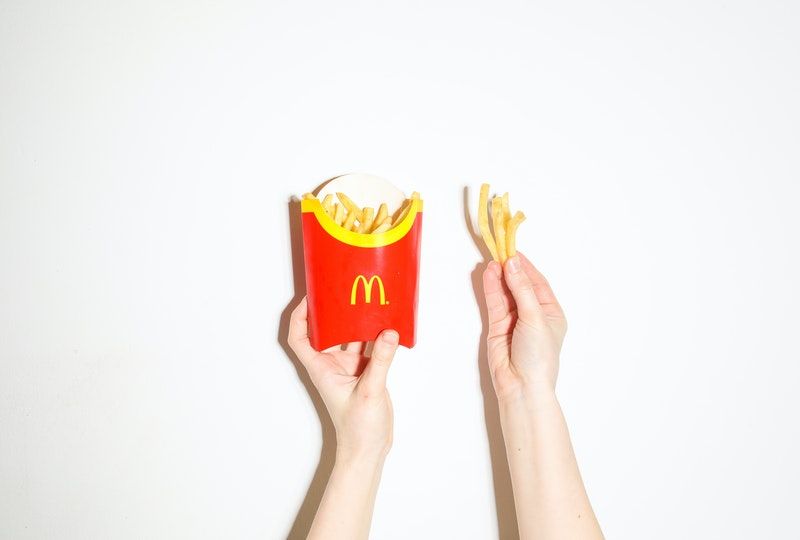 If you’re learning Japanese and are planning a trip to Japan, you need to focus on the important questions, such as: how do I say “McDonald’s” in Japanese? Well, in Japanese, many words can be easy to recognize as an English speaker if you know the sounds in the Japanese alphabet. For example, “McDonald’s” is pronounced makudonarudo (ma-ku-do-na-ru-do), or often shortened to just makudo. When considering the sounds made in the Japanese language, this pronunciation - makudonarudo - is pretty much as close as you can get to saying the English word while using Japanese phonetics.

This is an example of what’s called a “loanword” in Japanese, and despite sounding a bit funny when you first hear them, loanwords make up an important part of learning Japanese. A loanword (or garaigo in Japanese) is a word that originates from a language other than Japanese that has been “nipponized” for use in everyday Japanese conversation.

Most loanwords come from English, but many come from Portuguese and the languages of the handful of other countries who interacted with Japan up until the early 20th century. When you hear a loanword, therefore, it might not be so obvious. After all, Japanese has borrowed words from many different languages.

Where Engrish Loanwords Get Complicated: Contractions and Alternate Meanings

You’ve already learned some of the easier-to-understand English loanwords, which initially might just seem like sounds you’d hear from a Japanese person learning English for the first time. However, many loanwords can have totally different meanings than the original English word, and they are often shortened to a point where they are barely recognizable to the untrained ear (think makudo = McDonald’s, or staba = Starbucks). Even the world-famous Pokémon (pocket monster) is a loanword!

Loanwords are just as essential to understanding Japanese as words that originated in Japan. Think of loanwords as just another part of the whole vocabulary you need to learn to work towards fluency in Japanese. In fact, English speakers use Japanese loanwords as well, though it is much more common to hear English loanwords used in Japanese. You undoubtedly already know some of these words:

Typhoon - pronounced taifuu in Japanese, a typhoon is a tropical cyclone occurring in the Northwestern Pacific Ocean.

Tsunami - English speakers typically leave out the faint “T” sound at the beginning of this word, but it is otherwise pronounced the same. Tsunami are also referred to as “tidal waves.”

Sensei - popularized by The Karate Kid and later Napoleon Dynamite, “sensei” is used in English to refer to martial arts instructors. In Japanese, however, “sensei” can refer to any teacher, and is used as an honorific suffix for those holding prestigious positions, such as doctors and lawyers. Yes, that’s right - in Japan, doctors and teachers get the same treatment (though probably not the same pay).

There are even some words that were contracted (shortened) by the Japanese and then made their way over to the English-speaking world:

Anime - this is an interesting one. It was first borrowed from English by the Japanese from the word “animation,” and then re-borrowed from Japanese by English speakers to refer to specifically Japanese animation. 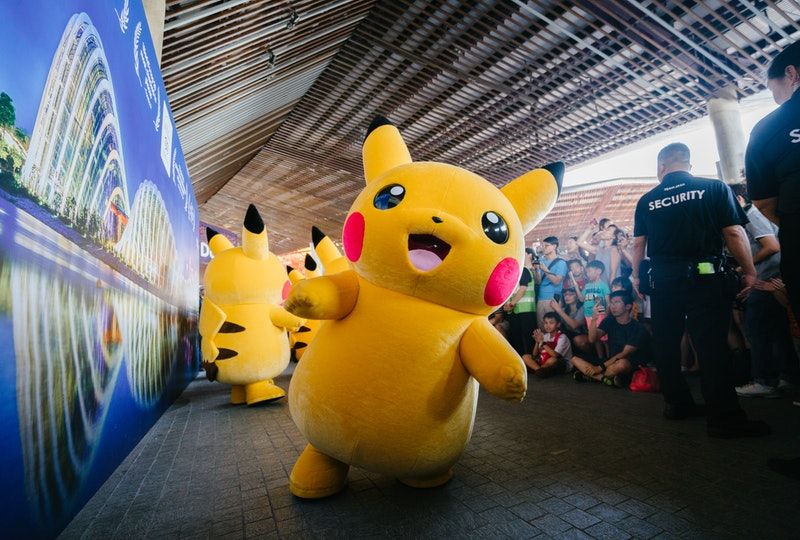 Some loanwords can be downright confusing, and they typically fall into the two categories mentioned above: shortened words and words with different meanings.

If you are currently alive, you probably already knew that Pokémon stood for “pocket monster,” but you might not have known that this sort of shortening of English loanwords is common in Japanese. Let’s go over some common shortened English loanwords that have changed so much as to be initially unrecognizable. The English is underlined to give you an idea of how that shortening came about:

Now let’s talk about words with different meanings. These are probably the most confusing loanwords, since they require you to shift your understanding of a word despite it sounding similar to a meaning you already know!

Hōmu - though this sounds quite like “Home,” it actually refers primarily to a railway platform. You would use the appropriate number and counter word + hōmu to refer to a specific platform at a railway station, such as rokuban hōmu (platform #6). Think of the platform as the train’s home.

Mēru - this word refers specifically to e-mail, though it comes from the word “mail” in English. On behalf of Japanese language learners everywhere, let’s submit a petition to the Japanese government to change this word to “e-mēru.”

Raibu - at first, you might be thinking “I got it! It means ‘live’!” and you would only be partially correct. Raibu (a “nipponization” of the word “live”) actually refers specifically to a live performance or concert. 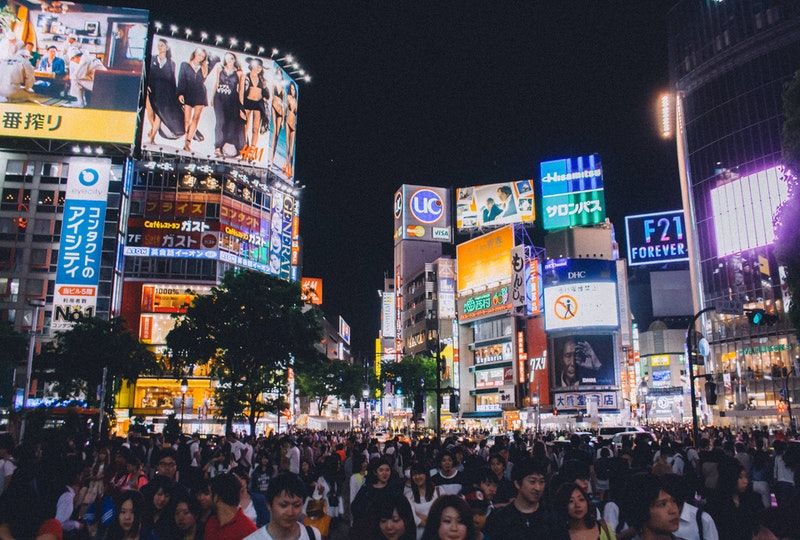 Making Your Engrish Loanwords Pay Off

Learning Japanese is a long commitment, but it’s important to have fun with it once in a while! Loanwords can sometimes be simpler to learn than other vocabulary due to the association your brain already has with a particular sound. At other times, loanwords can be confusing but amusing!

As you continue to learn Japanese vocabulary, try to identify objects around you and in your everyday life, and never skimp on pronunciation and saying words out loud the correct way. It doesn’t do you any good to use poorly-pronounced loanwords. Make sure you use resources such as online learning apps like Speechling or blogs to aid you along the way to becoming a Japanese speaker! After all, a beginner’s guide can only get you so far. Until then… faito!