As a Mandarin learner, handwriting Chinese characters can be intimidating. Modern technology makes it easy to avoid manually writing out words, but penmanship remains a skill that is important to your learning. Script may not be necessarily useful to your day-to-day, but it helps you develop an understanding of Chinese characters.

Handwriting in Chinese improves your recall of the proper characters, the components of each character, and the right usage of the characters within a sentence. Because Mandarin is such a visual language, a deep understanding is necessary to become fluent. It's a tedious task, but gratifying as well. 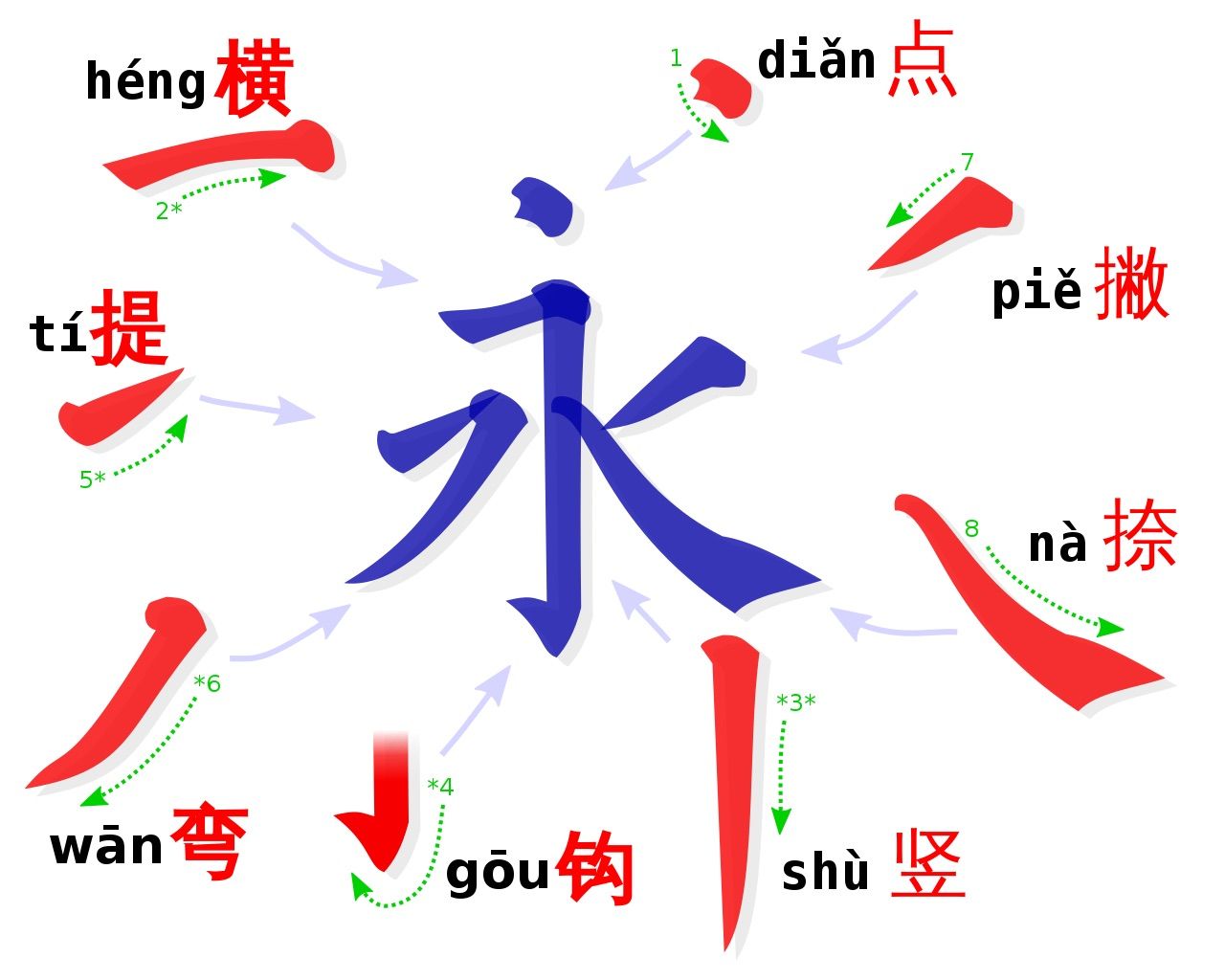 1. Follow the Proper Stroke Pattern
Each Chinese character is made up of a series of strokes with a specific written order. Knowing the patterns helps you write quickly while maintaining the same proportions. The basic configurations goes as follows: top to bottom, left to right, horizontal to vertical.

Stroke patterns also help you accurately look up characters in dictionaries. Most online dictionaries are based on the stroke order. The same can be said about mobile apps that use Chinese handwriting as an input option.

2. Use the Different Stroke Types Correctly
Each stroke that makes up a character has a name attributed to it. This helps Chinese speakers explain how a word is written without having to physically write it out. For example, if a Mandarin speaker is explaining how to write the word "不", they could say, "一 橫， 一 撇， 一 豎， 一 點" which would indicate the stroke order and how the character looks. Look at the section image above to see examples of each stroke type. The basic stroke types include:

3. Proportion is a Chinese Character's Best Friend
Incorrect proportions in handwriting is usually an obvious indicator that you may be a new Mandarin learner. Like stroke order, each character has standard proportions that make up the word. The best way to improve spacing is by practicing on a square grid paper designed for Chinese writing. Here are a few standard rules for proportions.

For more information and examples of Chinese character proportions, check out this post from WrittenChinese.

Basic radicals and some examples of their usages are:

Knowing radicals helps you better retain the characters and their meanings. Memorizing Chinese words is crucial to the language itself. While it's not easy, here's an article breaking down memorization techniques for Chinese characters. 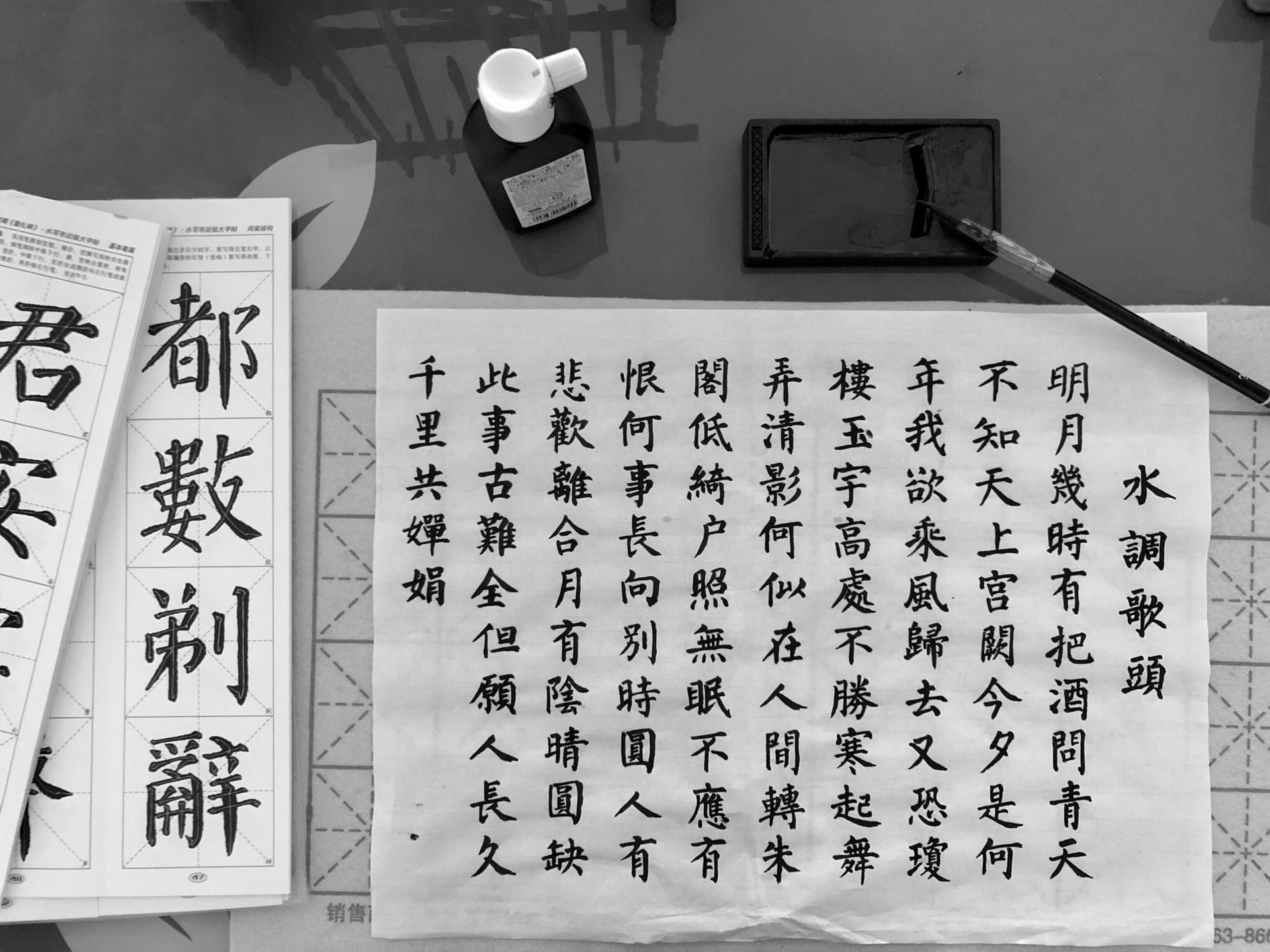 At the End of the Day, Practice Makes Perfect

Even native Mandarin speakers have done their due diligence and spent time learning the thousands of characters within the language. Like any foreign language, practice truly makes perfect. Now that you've understood why it's good to know how to handwrite characters, here are a couple of tips to help you execute.

1. Use the right paper to practice. Check out HanziGrids for printable downloads and practice as much as you can! You'll be able to practice recognizing proportion with the proper paper.

2. Get feedback from one of Speechling's coaches! Try practicing your memorization of stroke order and stroke types by walking through a Chinese character to a Speechling coach. If there's a new character you're unfamiliar with, try using an online site like Yellow Bridge to find the right character stroke order.

3. Find a realistic model to aim for. If possible, try copying a native speaker's Chinese handwriting. Look at the way their characters are crafted and spend a little time aiming to write like them. If you come across a text you like but don't understand, try using Pleco to help with accurate translations.

4. Spread out your practice. Instead of cramming your studies, practice a little bit every day. Spend 15 minutes writing a page or two of Chinese characters and watch your Chinese handwriting improve.

With the right mindset and dedication, you'll be on your way to writing beautiful Chinese characters in no time! Learning Mandarin is no easy task, but it's a rewarding experience that comes with a medley of new skills.