Unless you are completely new to learning Korean, you have probably heard about the ominous and mysterious Hanja characters. If you were like me when I started learning Korean then your understanding of Hanja and why it is important to the Korean language is shallow at best.

That is understandable considering Hanja is not pertinent to speaking and understanding Korean. Nevertheless, through this blog, I will teach you everything you need to know to understand what Hanja is and get started learning it. Let's Begin! 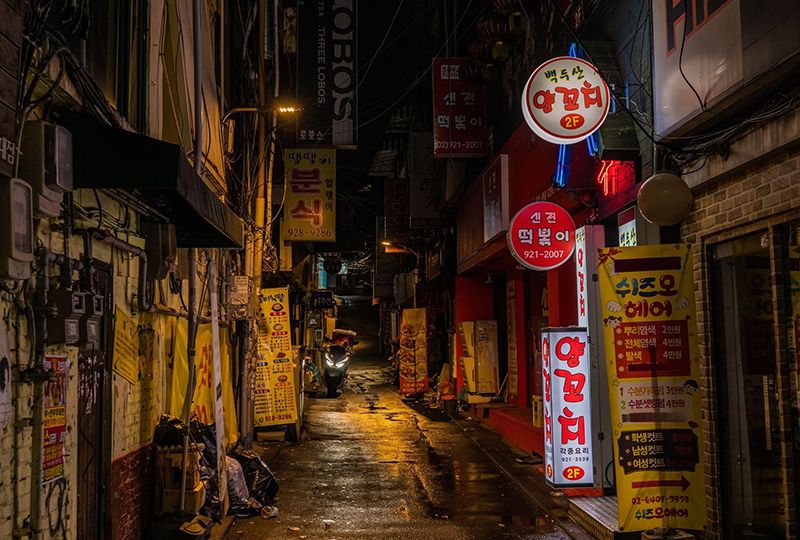 Before there was Hangul(한글)(cue mysterious music)... there was Hanja(한자). Korea began using Hanja as its writing system in the Gojoseon period which dates back to 108 BCE. Hanja unironically is hanja itself. It translates to 'Chinese character' in Korean. If you would like to learn more about the history of Hanja, you can check out this wiki page here. 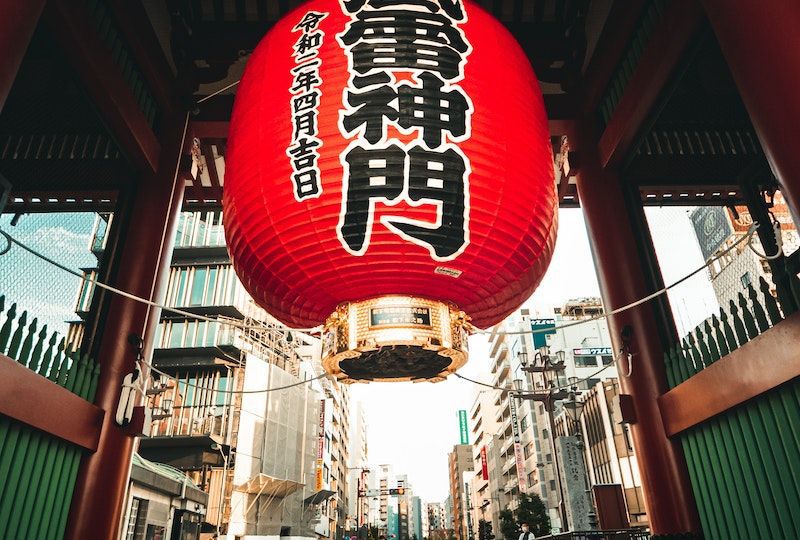 Why Do Koreans Use Hanja?

Ok, now that you know what Hanja is, you might be wondering, what about Hangul? Why do Koreans use Chinese characters when they have invented their own simpler writing system? The simple answer to this question is that its hard to reverse something that has been practiced for so long. While Hanja is no longer used as the main writing system in Korea, it is still carved into Korean culture.

Before Hangul was invented in 1443 CE by King Sejong, Koreans exclusively used the Chinese writing system to record written language. Even after King Sejong invented Hangul, Korea continued to mostly use the Chinese writing system because scholars(양반) looked down on the simplicity of Hangul. Only common folk used Hangul, until the late 1800s when Korea started to break ties with China and focus on promoting their own culture and language.

While Hangul is now the prominent writing system in Korea today, traces of Hanja can still be found in Korean culture. When walking the streets of Korea, you might see signs with Hanja characters. You will also find Hanja in official government documents or historical papers. Most Koreans use Hanja to name there kids and asking the Hanja of someone's name is a common question. 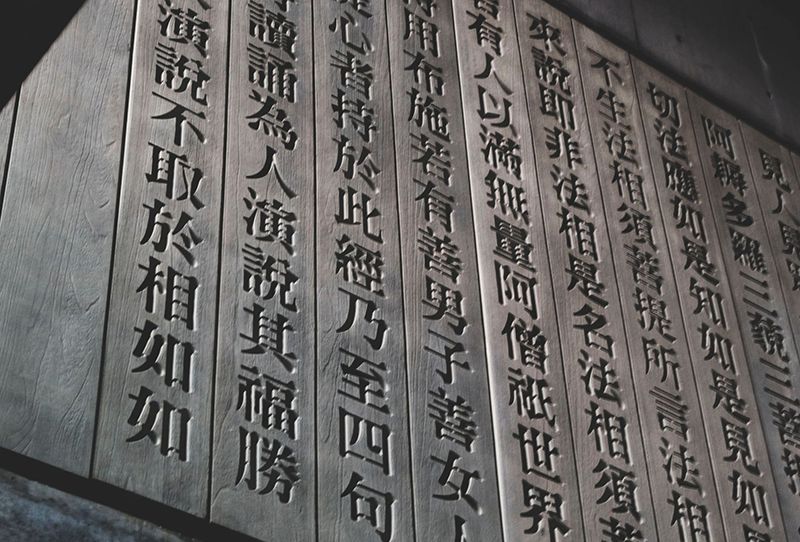 Why Should You Learn Hanja?

Frankly, knowledge of Hanja is no longer pertinent to learning Korean. This is because 99% of written discourse happens in Hangul. However, Hanja is a useful tool in learning Korean. After learning Hanja my understanding of the Korean language, especially vocabulary, grew massively. Memorizing Korean vocabulary also became a lot easier.

Hanja is estimated to make up about 60% of Korean vocabulary. This means that 60% of the words Koreans use have roots in Chinese characters. These words are also referred to as sino-korean words. By studying Hanja you will be able to guess or even know the meaning of some words, even if you have never studied them.

Also, if you are a sucker for compliments, like I am, you are sure to be endlessly complimented for any Hanja skills you whip out in front of friends. 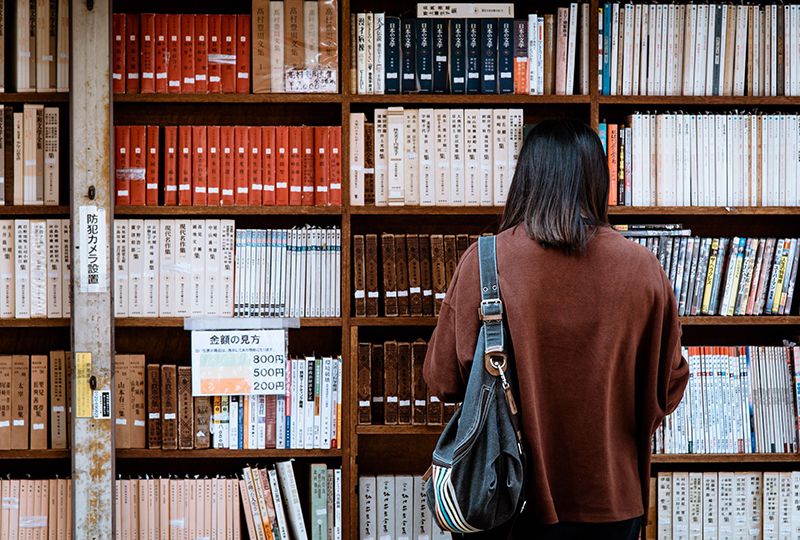 If I learn to Read Korean Hanja Will I be Able to Read Chinese? 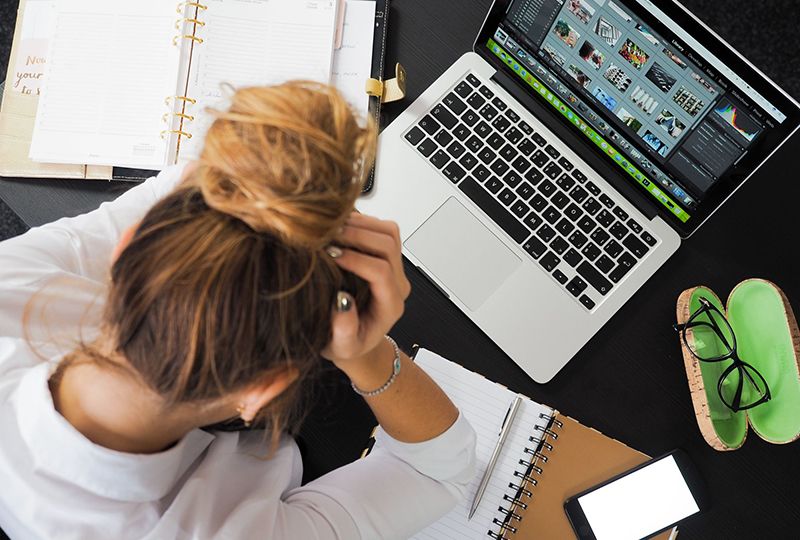 Where Can I Find Hanja Learning Resources?

Now that you are convinced of all of the benefits of learning Hanja and are filled with excitement to start learning, you might be wondering, 'Where do I start?'. Great question! I have compiled a few resources that I found useful when learning Hanja. Try out a few and feel free to do some research of your own.

Every year in Korea, there is a test held to test Hanja skills. This test consist of 9 levels. Level 8 is the lowest in skill level and level 0 is the highest. Each level has different Hanja characters. The more characters you know, the more levels you pass.

This wiki page has all the characters from every level. This website also has other common Hanja, like Hanja that appears in names. If you want to learn Hanja in sequence from most common to less common characters, then you can do that with this page. Start with level 8 Hanja and work your way up!

2. Talk to Me in Korean's Your First Hanja Guide

This book teaches 300 hundred basic Hanja for the beginner learner. Each character is broken down into the 3 parts we talked about above. The reader can then practice writing Hanja and is given examples of Korean words that Hanja is used in. The book even teaches you stroke order, which is very important in writing Chinese characters.

This book is great for beginners and will teach you all the Hanja essentials. The book is $27.95 on TTMIK's website.

This website has everything that you would ever want to know about a Hanja character. You can search up characters by typing in the Korean pronunciation or meaning of the word. There is also an option to search for a character by drawing it.

Once you find the character you are looking for, you are told the meaning of the Hanja, synonyms and antonyms of the Hanja, its stroke order, all the versions of the character, its origons and common Korean words that use it. Like I said, you can find everything you might possibly want to know on this website.

Even if you decided to use a different mode of study to learn Hanja, I reccomend using this website to get a full understanding of the meaning of the character and how it originated.

This resource is an app that you can find on the play store or app store. It has a simple interface but is convenient and useful in looking up words that use the same Hanja. It also gives the meaning and pronunciation of each Hanja character in English and Korean.

The app works by first having the user look up a character or the pronunciation of a character. A list of related words then pop up written in Hanja, Korean and English. The user can then click different Hanja characters to see their meaning and what words they are in.

When learning Hanja, I used this app to look up words that used similar Hanja. I was then able to get a better understanding of the meaning of the Hanja by seeing the character used in a variety of words. Definitely download this app to learn Hanja even while on the go. 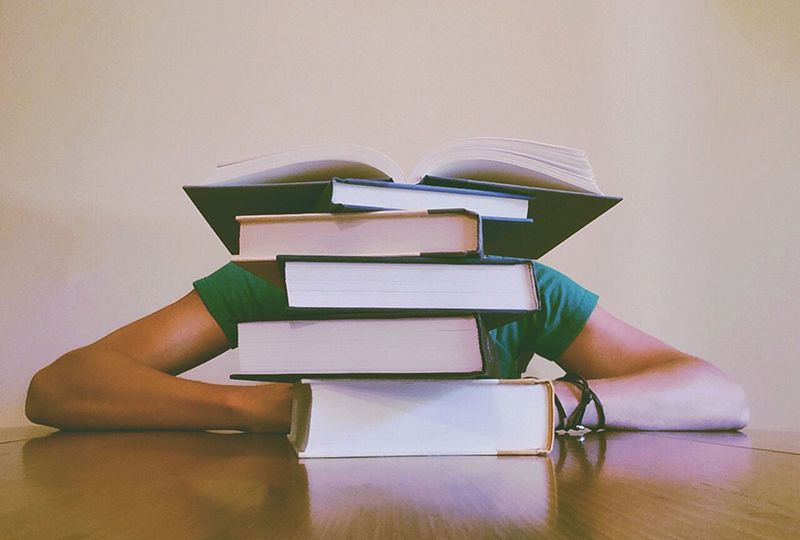 How to Study Hanja?

You are now familiar with a few Hanja learning resources, but anyone who has learned a language before knows that progress doesn't depend on the learning materials but on the quality of time spent studying. The following is how I studied Hanja, hopefully this gives you some ideas for your own studies.

When studying Hanja, I had a notebook dedicated to only Hanja studies. Each page of the notebook was used for one Hanja character. I started off each page by writing the character, meaning, and pronunciation. I then wrote 5 words that used the Hanja I was learning along with their English translations.

Every day, I tried to learn 5 new characters as well as review 5 old ones. It is easy to remember the meaning of the characters and their pronunciation. It is not so easy to remember how to write a character, so I made sure to practice writing old characters frequently. This is what a study page looked like for me.... 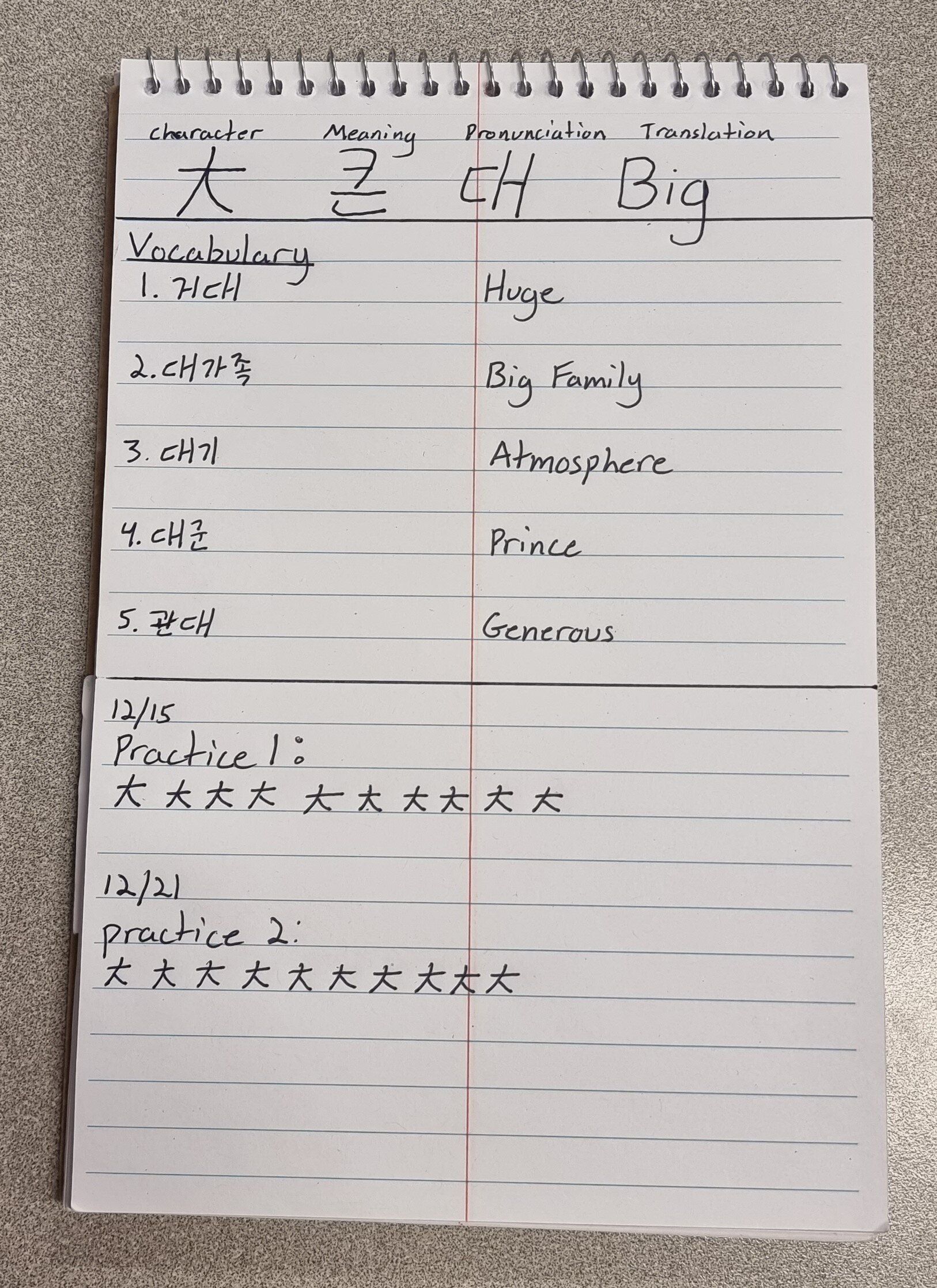 Everyone learns differently, so while I would be honored if you use my study methods, I hope you can adapt them to how you learn best.

Basic Hanja to Get You Started

This wouldn't be a Hanja blog if there wasn't any Hanja. The following are some of the most basic and common Hanja to get you started learning Hanja and pumped to keep learning. 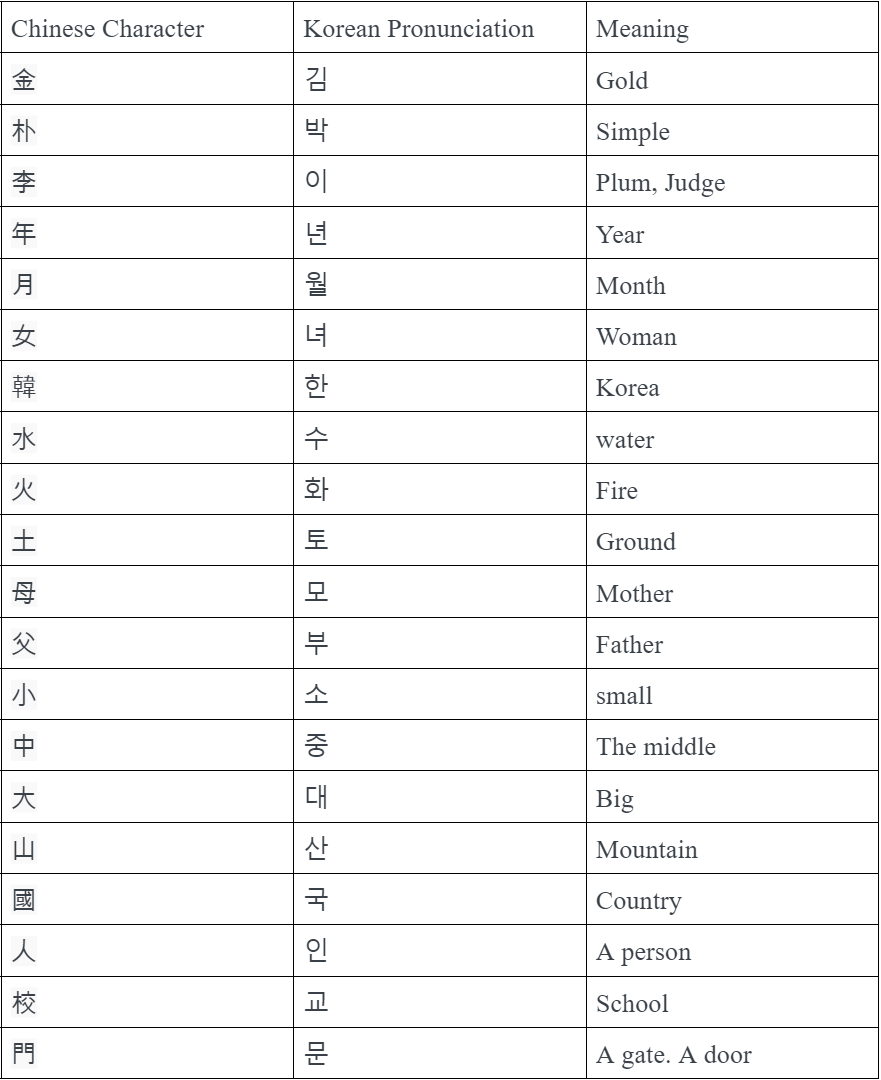 Thank you for sticking with this blog to the end. I hope that this blog helped you in understanding what Hanja is and why it is important. After learning some Hanja try watching a K-drama or listening to a k-pop song to see if you recognize some words that use the Hanja you learned. Best of luck with your Hanja studies!