Learning Japanese can be difficult, and sometimes you need a brain break. But instead of zoning out in front of Netflix, why not take advantage of all the available shows on YouTube to help you learn Japanese?

With so many shows on YouTube nowadays, you can find Japanese videos at any skill level to best fit your needs. You could watch any sort of Japanese show to help you learn, but children’s shows are a good place to start for a bunch of reasons. Here’s why Japanese kids shows on YouTube might be the secret sauce you need to add a kick to your Japanese study routine--and which ones might actually keep you engaged and learning. 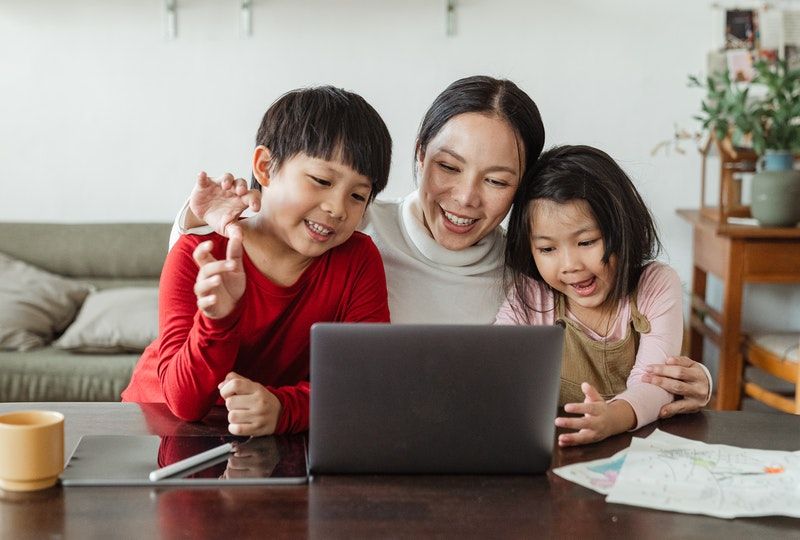 A kids’ show is meant for, well, kids. They use simpler language and sentence structure aimed at new speakers, the storylines are simpler and easier to follow, and the actors speak slowly. Additionally, kids’ shows are often meant to be educational as well as entertaining, containing lessons about getting along with others and how to solve problems. That’s why watching Japanese children’s’ cartoons can be an enjoyable supplement to typical study to help put your studying to the test and boost your verbal comprehension.

Additionally, watching shows in Japanese can help you learn about the culture—typical school life, family structure, and how holidays are celebrated. Gaining this kind of cultural insight can be invaluable and rather difficult to get a grasp on from practicing your kanji.

So, sit back and learn Japanese while you watch your way through this list! 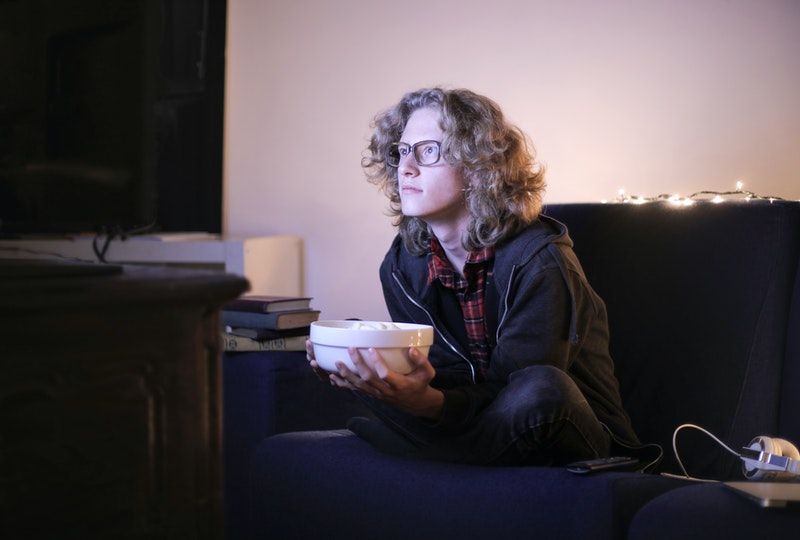 Follow elementary student Maruko and the rest of her large family in this cute and well-beloved series! Maruko is a clever and curious girl, and together with her friends, she manages to frequently get herself in and out of all kinds of troublesome situations. Despite the simple storylines, Maruko’s imagination keeps things fun and interesting. Unlike many other series on this list, a large portion of the story takes place at school, giving you insight into the Japanese education system.

Think of this show as Grimm’s Fairy Tales for Japanese kids. Learn all about traditional Japanese fairy tales while watching this cartoon. Each episode of this series follows a different classical Japanese folktale, such as “Kintaro,” “Peach Boy,” and “The Rolling Rice Ball.” This is a series produced by the YouTube channel uploading these videos, and it’s one of the series on this list intended to be educational.

Kappa are water spirits from Japanese folklore, traditionally depicted as amphibious and scaly river-dwellers. In Hana Kappa, however, kappa are cute little creatures with flowers growing from the top of their heads. When kappa reach adulthood, their flower blooms, and our young hero Hanna Kappa is impatient for his flower to finally bloom and stop changing with his emotions. The show follows Hanna Kappa and his friends as they thwart Garizou in his attempts to steal Hanna Kappa’s flower. Hana Kappa is unique for its blend of traditional and contemporary storylines and is sure to be a fun and quick watch at 10 minutes per episode!

Anpanman is a superhero with a head of anpan, a sweet bread filled with red bean paste. He protects his friends, also made of sweets, from the evil Baikinman (Germ Man), and is a symbol for justice teaching kids to be kind and not to do bad things. Anpanman is one of the most beloved characters in Japan, with five dedicated museums and merchandise more popular than even Hello Kitty! As this is one of the long-running shows on this list, don’t worry about growing bored with the story; new characters are frequently introduced to keep things fresh. So, find out what all the hype is about—grab some sweets of your own and watch Anpanman and the rest of his friends fight for what is right.

Shimashima Tora no Shimajirō is unique to this list because it is based on a published educational program, Kodomo Challenge. Shimajiro is in preschool, and viewers follow along with him as he learns to get along with people and make friends. There are also educational situations, in which you learn to plant flowers and use the toilet for the first time. Join Shimajiro and the rest of his cute animal friends as they learn about the world around them!

Atashin’chi (which translates to “my home”) follows the Tachibana family in Tanashi, Nishitokyo. The protagonist, Mikan, is a laid-back girl in her second year of high school. Sleep often gets in the way of her studies, preventing her from finishing homework or arriving at school on time. She is a member of her school’s Bear Brigade, admiring and creating her own teddy bears, and she dreams of becoming a famous teddy bear/fashion designer. She lives with her stoic salaryman father, her critical mother, and studious younger brother Yuzuhiko. Watch for the Tachibana family hijinks, and stay for the cute animation style.

Chi’s Sweet Home follows a young kitten as she adapts to her new human family. After Chi is separated from her mom and the rest of her litter, she is picked up off the street by a young boy and his mom. They bring her home and adopt her into their family. Each episode follows Chi as she learns to be a pet and encounters new people and animals. See the world through fresh eyes and learn about Japanese culture around pet ownership when you follow Chi on her adventurous life!

As the longest-running animated series in the world, Sazae-san contains a wealth of cultural insight as well as more than 2,500 episodes to enjoy. Sazae-san follows the titular character, a 20-something woman in Tokyo who lives with her husband, son, parents, and two siblings. Originally a manga series, Sazae-san depicted the new “modern family” in Japan after WWII, when it initially gained controversy for its feminist themes. These days, the show is more nostalgic for today’s traditional society, and shows just how much Japan has changed since the first episode aired in 1969.

Unlike Sazae-san, Crayon Shin-chan follows the more modern nuclear family of Shin-chan, his parents, baby sister, and dog. Shin-chan is a kindergarten-aged rascal who likes to pull down his pants and moon other characters in the show, is impertinent to adults, and makes humorous mistakes while speaking. Shin-chan’s misbehavior and the sprinkling of adult humor is sure to keep even mature audiences entertained and engaged.

This series follows five-year-old Ojarumaru Sakanoue, a prince from the Fairy World. When Ojarumaru gets bored with his life, he is lured into Enma World, and steals the king’s important scepter. When the king chases him to retrieve his scepter, the prince falls into the Moon Hole and is transported 1,000 years into the future to modern-day Japan. Upon arriving in Japan, he meets a young boy, Kazuma Tamura, who convinces his parents to allow the prince to stay with them. The series follows the prince as he dodges the king’s three oni (gremlin) children while making new friends and learning about the modern world. 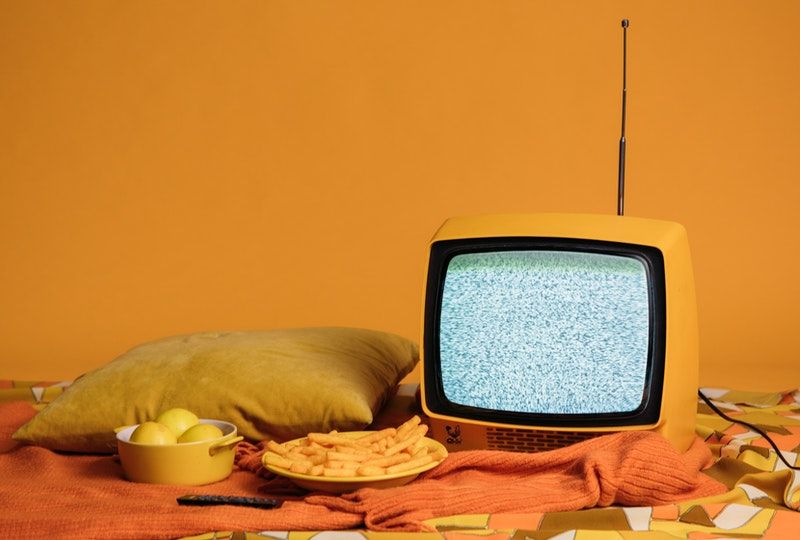 Grab the Snacks, Settle In, and Watch!

Now you’re ready to pick out your new favorite kids’ show on YouTube! Watch one or watch them all. And if you find yourself ready to graduate to higher level content, check out our lists for Top 10 Best Japanese Anime Series for Learning Japanese or the Top 10 Best Japanese Movies for Japanese Language Learners.

Remember that watching Japanese kid’s shows is a helpful supplement to learning Japanese, but it’s not a replacement for concentrated study. Speechling has a number of online tools to help you with your language goals, including free speech practice and affordable packages for unlimited monthly tutoring. Find more fun articles to guide you on your journey to learn Japanese at Speechling’s Japanese blog.