Listening. We all do it, but rarely do we realize how important it is. Unless, that is, we're learning a new language.

Because listening not only helps you to understand what is going on around you, it also helps to accumulate new words and phrases through simply engaging in conversation.

Usually, when we think about practicing our listening skills with a new language, we think of TV and movies, yet that's not all that's available.

I'm going to mix it up a little, and expand on TV and Movies by introducing you to a little thing called YouTube.

Oh, you already know about it?

Well I guess I'll just let you know about some of the best channels for mastering Mandarin Listening Comprehension then.

Inject some melody into your Chinese listening practice with Transition. A UK-based rock and pop group who play originals and covers in Mandarin Chinese.

The group were originally expats in Taiwan, yet eventually moved back to Bristol, UK, and they took their awesome Mandarin skills with them. Their songs come with both English and Chinese characters for subtitles, and range in difficulty from super easy (对不起 dui bu qi), all the way up to some pretty complicated love ballads.

The band has gradually grown in success and back in 2012, they wrote the national anthem for the Taiwan Olympic Team. Their most recent album is 'Wo ai Ni'.

If you’re looking for comedy, then 马马虎虎 is the golden cup. This diverse comedy sketch troupe features people from all around the world, who have come together to make you laugh through their skits based in Shanghai.

The group had gone on an extended hiatus over the last few years, but they’re now back with higher production values and the same high-quality writing.

The channel has a large back catalog of videos for you to watch and seems to be creating a new one roughly every week. All of these tend to focus on topics surrounding being an expat in China. They are genuinely funny and provide a lot of real Chinese slang and speech terms you wouldn't find in a textbook.

If you’re just looking to listen to a blogger speak about subjects – without any acting or singing – then 拂菻坊 is your guy.

拂菻坊 was part of a wave of foreigners who started to speak Chinese online as a way to reach the potentially large Chinese audience. As a student from the south of England, he spent most of his earlier videos filming from his dorm room, yet over time has expanded and has now moved to China.

His videos cover a large range of different subjects, from “Why is Chinese so hard?” to food reviews and more. His videos tend to be light-hearted and jokey. He also tends to keep the pace moving quickly, so you’re never stuck waiting for him to speed up.

He actually started making these videos very early on in his quest to learn Chinese. If you watch some of his earlier videos and compare them to those which are more recent, you’ll notice a big difference. This can be pretty motivating for those who feel they aren’t progressing fast enough. It will happen!

Currently, 拂菻坊 has over 1 million subscribers across his different channels (including Weibo).

Notice the iconic unicorn mask? This is Chinese YouTube at its finest. The listening level here can be pretty high (especially considering that the guy’s voice is muffled by the mask). However, you’re still given subtitles in both English and Chinese, so even if you don’t understand the Chinese, you can make your way through it.

The show usually takes place in the US, with the Unicorn guy （角角）introducing westerners to traditional Chinese food, culture, and… well, everything. There’s even one show dedicated to introducing Taobao.

Usually, these introductions are presented through a kind of game show, with contestants (those from the US) usually positioned to try and guess the answer to questions (or just try strange food).

The show is mainly for Chinese people – you can tell by the way it’s presented. However, if you’re learning Mandarin, it’s the perfect tool for building up your listening skills and piecing together Chinese culture. Check out more on Mr. Unicorn TV (yes, the name is a strange choice).

Kevin, the Shanghai English Group, is not, in fact, a group. However, he does make a lot of funny videos about his life and experiences in China.

His Mandarin is perfect, and doesn't even have an accent. If you're looking for someone to model yourself on, then this is that person. Enjoy! 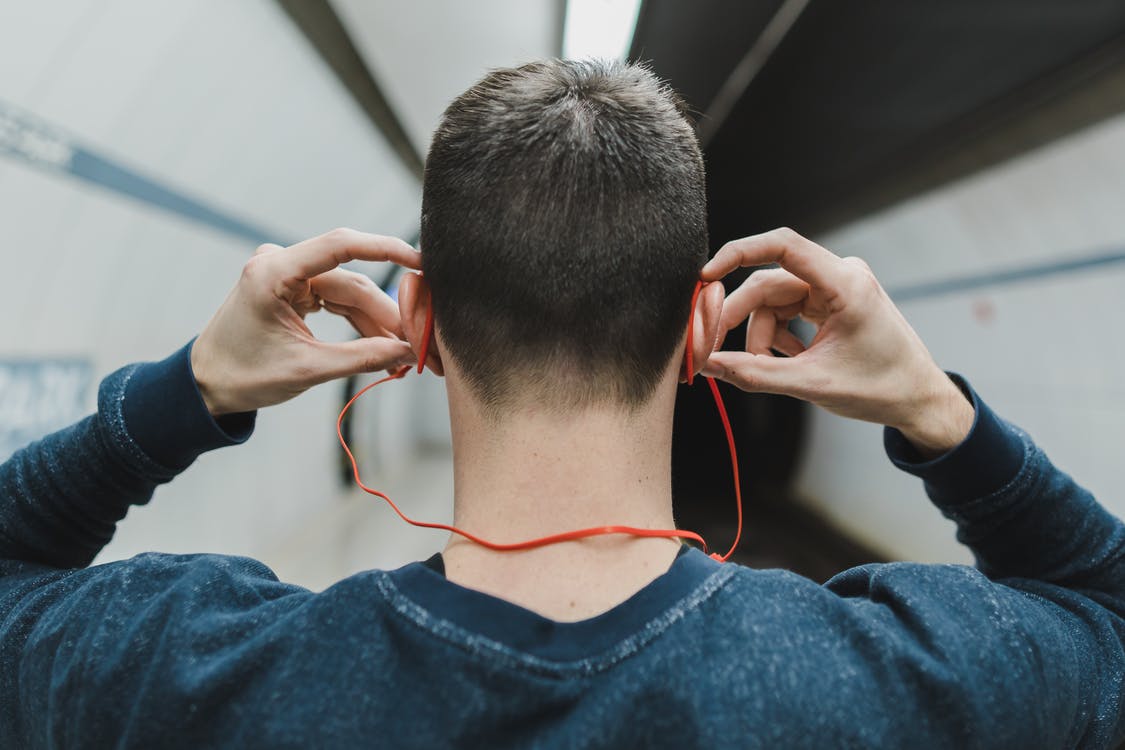 Remember back when I wrote about creating a Chinese Language Enviroment? Well, YouTube is a great way to contribute to that. The five channels above are a good start and should manage to balance out improving your listening comprehension, increasing your vocabulary, and providing a bit of comedy.

You Chinese Listening Comprehension will be excellent in no time.