Once you’ve used study tools like Speechling to learn sufficient kanji, you can read Japanese books and soak up many tidbits about Japanese culture and values. The folktales of any culture can teach a lot about that culture's belifs, religion, traditions, and other pertinent information that lends to a better well-rounded cultural understanding. They also give you a better platform for understanding many cultural references, including those used in popular anime. Although there are countless popular folktales, here are our top ten classic Japanese books to get you started! 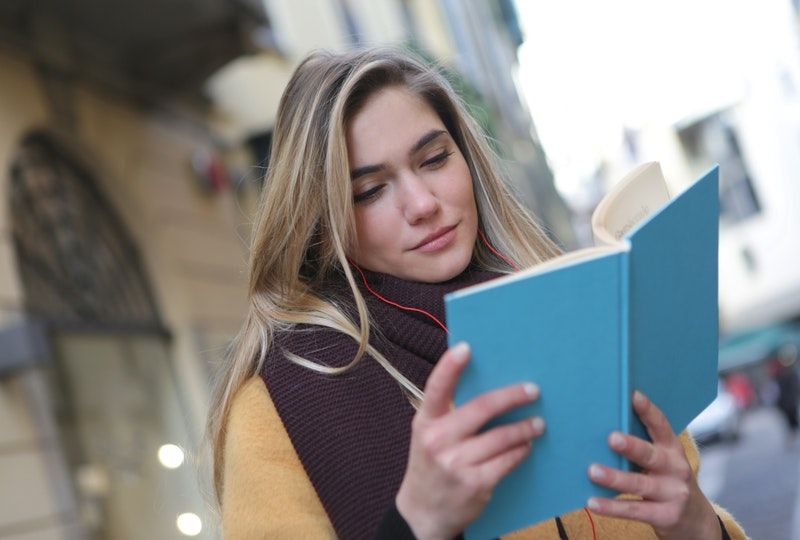 The 10 Best Classic Books for Learning Japanese at Any Level

It’s hard to go wrong when one of the heroes in a story is a dog! This tale about an elderly couple and their adopted dog, Shiro (which means “white” in Japanese”), is often told in homes by parents as they pass along lessons about greed versus charity for our neighbors. The title’s literal translation is "flower-blossoming old man." Without giving the story away, Shiro and his owners find a way to make trees blossom even after tragedy strikes. The story’s origins aren’t clear but it can be traced back to the regions of Tōhoku and Niigata, with the oldest variations coming from Hokuriku.

In stories, animals are often given human characteristics to make them relatable to the reader. In this case, it’s a crab and a monkey, with the monkey stealing food and paying the price at the end of the story. This Japanese folktale is also known as Monkey-Crab Battle, or The Quarrel of the Monkey and the Crab, depending on the region of Japan where it is told. The name of the story, the characters, and the details of the attacks also vary in different parts of the country.

Some versions of this tale can be quite violent, so more recent versions of the story often tone down the violence. The more modern "The Crab and the Monkey" (or "The Story of the Monkey and the Crab" ) sanitizes the story and tells a less violent version than that apparent in the older "Monkey-Crab Battle.” For adult learners, reading both versions may prove interesting.

Greed and kindness are two popular topics for classic morality stories from any language. This Japanese story is often translated as, "The Sparrow with the Slit Tongue." This folktale tells the story of an old couple who have different views of the world (another recurring theme in these stories), with each being rewarded in kind for their actions toward a helpless sparrow.

It is interesting to note that this Japanese story is listed in The Aarne–Thompson–Uther Index (ATU Index), which is a catalogue of folktale types used in folklore studies. It has been translated into English many times, but for those learning Japanese, a Japanese book version will undoubtedly prove more educational. 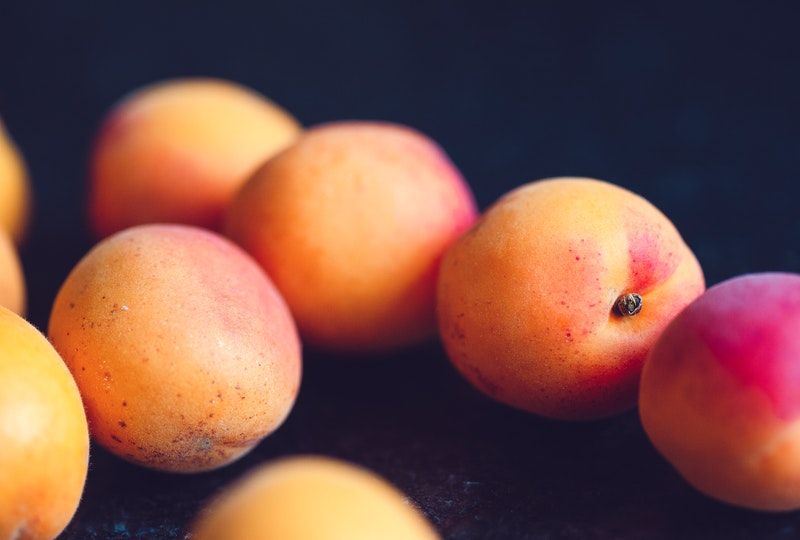 A boy of mysterious origins, a talking dog, a monkey, and a pheasant go on fantastic adventures in this famous Japanese story known in English as "Peach Boy.” As with most folktales and legends, pinning down their original source is tricky, since many were originally passed down as oral stories. In its present form, Momotarō dates from the Edo period (1603 --1867). There are a number of books, films, and other media that portray the tale of this hero.

Momotarō was a popular figure in Japan during World War II, appearing in many wartime films and cartoons. Momotarō represented the Japanese government; the Allies (later including the United States) were symbolized by the oni, a demonic figure.

One-Sun Boy, sometimes also translated as "Little One-Inch" or "The Inch-High Samurai," can be found in the ancient Japanese illustrated book Otogizōshi. It repeats three themes common to almost every Japanese folk tale: those who are devout are blessed with a child; these gifted children do extraordinary things; and the children go on to have good marriages and carry a special family name. The English story of Tom Thumb tells essentially the same story.

The modern version of Issun-bōshi tells the story of the boy’s parents who pray to what they call "Sumiyoshi sanjin," which is the name of a Shinto temple in Osaka, Japan. Because of this, the story is identifiable to more than one religious tradition.

It is based on a real person. Sakata Kintoki lived during the Heian period (794 to 1185) and came from the area around what is today Minamiashigara, Kanagawa. He was a warrior for the samurai Minamoto no Yorimitsu and over time his persona has become larger than life. There are several versions of the tale, but all agree that the boy was active, plump, bossy, supremely strong, and could speak to woodland animals in their own language.

The image of Kintarō is popular in modern Japan and is found in manga, anime, action figures, books, and statues. Many of the images include an ono, a haragake apron, and sometimes a tame bear and depict Kintarō trying to capture a giant black koi (carp) as a symbol of his superhuman strength.

The Tale of the Bamboo Cutter is a Japanese monogatari, which is an example of fictional prose narrative. It is the oldest Japanese prose narrative and the oldest surviving complete manuscript (1592). This Japanese story from the 10th century is also known as The Tale of Princess Kaguya (Kaguya-hime no Monogatari), after its protagonist. It is about a mysterious baby girl found inside a bamboo plant by a childless couple. Japanese pop culture has adapted and updated the story into modern media, such as anime and manga.

An interesting fact to those learning Japanese is that the language contains many onomatopoeia. There is one in this title: “kachi-kachi” is the sound a fire makes. Yama means "mountain," so the title roughly translates to "Fire-Crackle Mountain." The story is also sometimes known in English as The Farmer and the Badger. The folktale features a Japanese badger, or tanuki, as the villain.

A word to the wise: much like the Grimm Brothers’ graphic folk tales, in its original form, this story should probably not be read to children. In this tale, the tanuki is trapped by a farmer, who tied it to a tree. While the farmer was away, the tanuki tricked the farmer's wife, not only into making him some mochi (or sweet rice cakes), but also into setting him free. Upon his release, he promptly killed the wife and cooked her in a soup. And that’s just the beginning of this story about the coexistence of animals and people on Earth. It’s probably best to choose another version of this story for children! 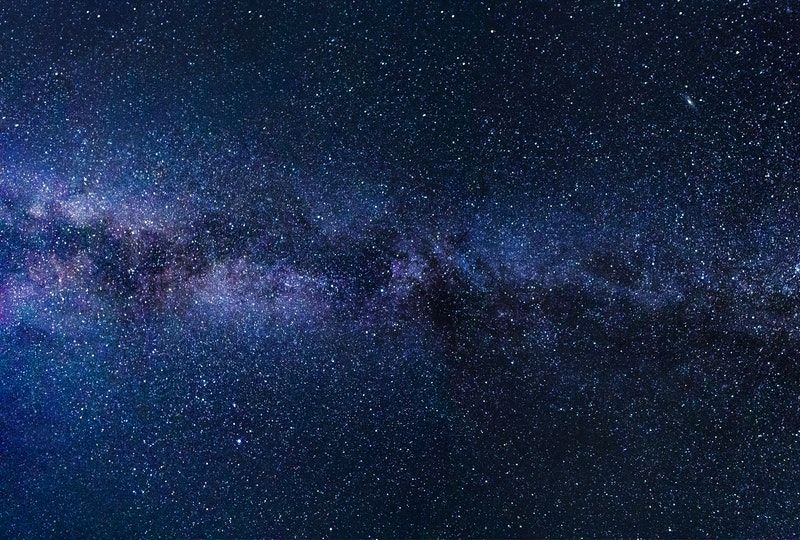 Tanabata is a Japanese folktale that shares its name with the summer Star Festival. It is a story derived from a Chinese legend known as Qixi, or "The Cowherd and the Weaver Girl," which came to Japan around the 8th century. It is a classic “star-crossed lovers” tale about Princess Orihime, a seamstress who wove beautiful clothes by the heavenly river (represented by the Milky Way), and the lover her father found for her. Things go awry, and they are soon forbidden to be together.

Tanabata, the Star Festival, is celebrated in honor of the romantic story of these two lovers represented by the stars Vega and Altair in the Milky Way. Since the lovers were only allowed to meet each other once a year if the weather was clear, it is said that the Star Festival can only be held in good weather, too.

Mochi for New Years Day, handmade hats, a special towel, and five statues that turn into six: Kasa Jizō is a Japanese story that tells this tale of selflessness and has a connection to Shintō deities known as toshigam. There are many versions of this story, but all pass on the same message of taking care of others before ourselves and being rewarded many times over later. Kasa Jizō is told by parents to their children in order to instill these moral values, and it is grounded in Buddhist thought. 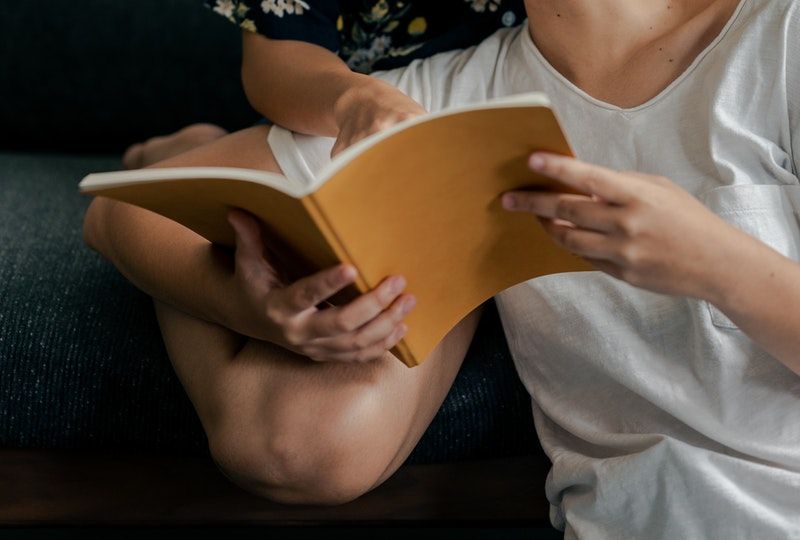 Preserved in countless Japanese books, these well-known stories provide a glimpse into the mindset of the Japanese people. They give Japanese students lots of practice in everyday usage of common words, but in a way that provides variety. Learning Japanese in context with the cultural values and traditions of the country fleshes out your daily practice with apps like Speechling in a way that is also highly entertaining. By varying your study regimen with Japanese books, you can get the most well-rounded education possible!