Watching Italian movies is a great way for language learners to practice listening comprehension and learn a little about the country's art and culture.

Italy has a rich cinematic history, coming to international prominence in the years shortly after World War II and continuing to this day. Italian film can provide a window into the way Italians live and interact, the values they keep, and the struggles they face. It can also offer a great opportunity to hear and take in different accents, regional dialects, as well as words and phrases that might not come up often in a formal Italian class.

There are countless Italian movies worth watching. Here are the top 10 to check out! 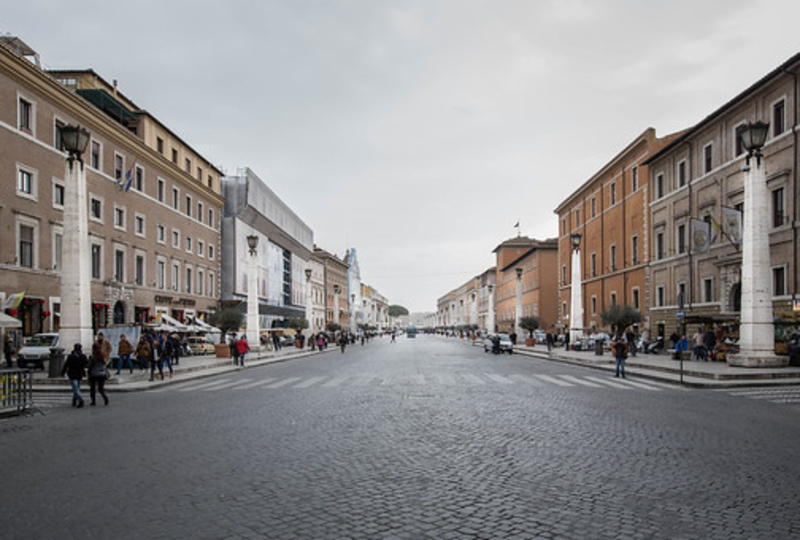 La vita è bella received much critical and popular acclaim around the world when it was first released, and continues to be a classic of recent Italian cinema. Written, directed, and starring Roberto Benigni, the movie follows a Jewish librarian striving to protect his son from the brutal, tragic realities of fascist Italy and the Holocaust. At once poignant and heartwarming, La vita è bella picked up three Academy Awards, including Best Actor, Best Music, Original Dramatic Score, and in a memorable Oscar moment, Best Foreign Language Film.

This film marked a more serious turn for Benigni, who had previously made a name for himself in light, farcical comedies packed with comic misunderstandings and slapstick moments (Johnny Stecchino, which just missed out being on this list, is definitely worth checking out). Lesser known outside of Italy, however, Benigni is also an improvisatory poet celebrated for his recitations and indepth discussions of La divina commedia, Dante Alighieri's canonical 14th-century narrative poem about the afterlife. 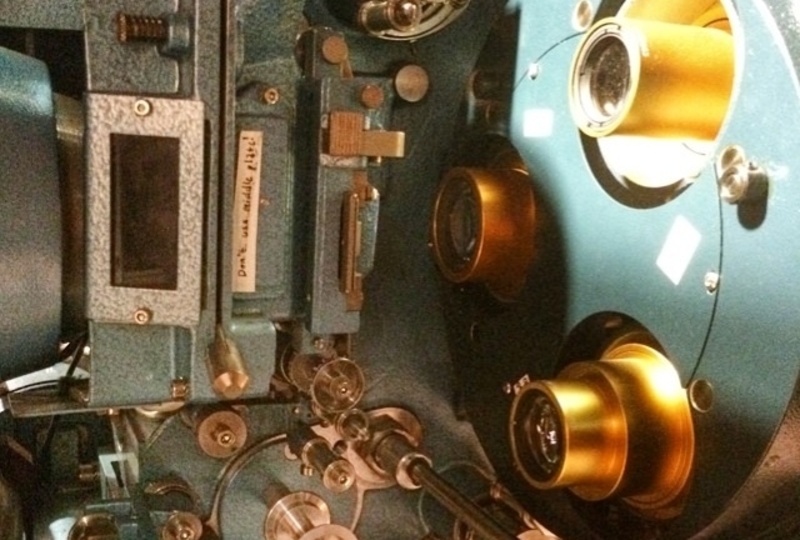 Nuovo Cinema Paradiso (commonly known in America simply as Cinema Paradiso) is a beautiful, sweet movie in which a filmmaker looks back at his childhood in a rustic Sicilian village, where he first became obsessed with movies and befriended the town projectionist. Full of nostalgia, this film serves as a love letter to the early days of cinema and, like La vita è bella, captured the imaginations of international audiences, picking up the Acamdemy Award for Best Foreign Language Film in 1990. 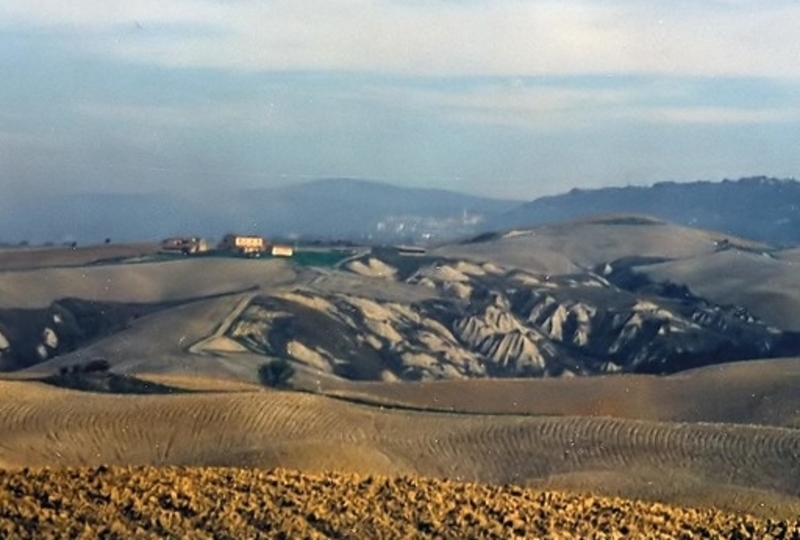 Originally airing as a television miniseries in Italy, La meglio gioventù is frequently repackaged for American audiences as a two-part, six-hour dramatic epic following two brothers from the early 1960s to the year 2000. This unforgettable film is, at its center, a deeply human story about love, friendship, and family, while also taking as its backdrop the tumultuous years that closed out the 20th century in Italy.

Although it would certainly make for a long screening, La meglio gioventù is a great watch for Italian language learners, particularly those interested in learning about Italy's anni di piombo ("years of lead"), the term commonly used to refer to the 1970s and 1980s, which were marked by radical and reactionary terrorist incidents, as well as general social and political unrest. 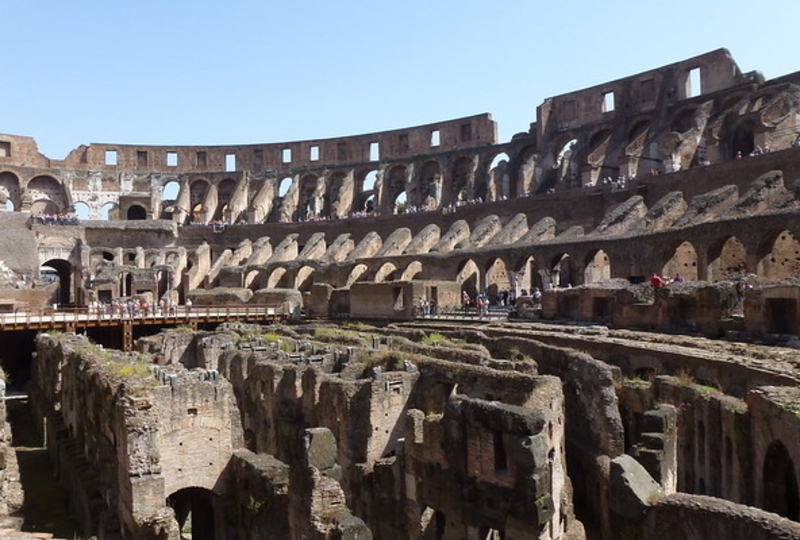 Umberto D., by famed Italian director Vittorio De Sica, is often held up as a quintessential example of Italian neorealism. Released in 1952, the film follows an elderly pensioner and his dog as he tries to scrounge together enough money for rent before his landlady evicts him.

Italian neorealism was a film movement that took root in the years immediately following World War II, as the devastated nation sought to rebuild itself after the conflict and the Italian people struggled to survive amid desperate conditions. In the United States during the Great Depression, American cinema largely distracted audiences from the difficulty of their lives through escapism (think The Wizard of Oz or Gone With the Wind). Italian neorealism, on the other hand, captured the poverty and sorrow that had come to mark everyday life. Rather than use elaborate sets, neorealist directors often shot on location and used non-professional actors for verisimilitude.

Although the movement only lasted a few years, the movies that were made during this period have come to be some of the most celebrated and well-known in Italian cinema (you'll read about a few more of these movies shortly). 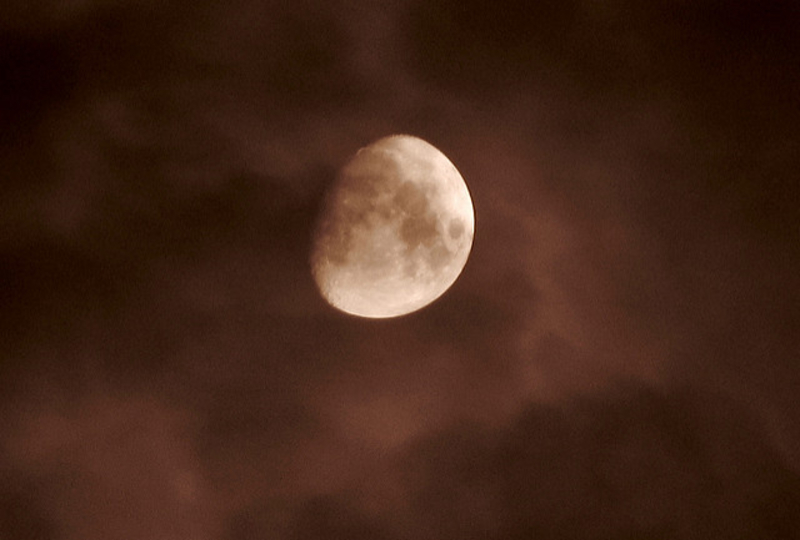 No list of Italian movies would be complete without at least one horror entry, and you'd be hard-pressed to find one more perfect than Suspiria. Directed by the master of Italian horror, Dario Argento, Suspiria is about an American girl who goes to study at a renowned ballet school in Germany, only to find, among a series of grisly murders, that there is something considerably more sinister at play.

Italian horror became fairly popular in the 1970s and 1980s (it's also worth checking out Demoni and Zombi 2), and there are few directors who can inspire as much fear in an audience as Argento. Suspiria, as with many of his movies, has gained a cult following over the decades and was recently remade in 2018 with a predominantly English-speaking cast. 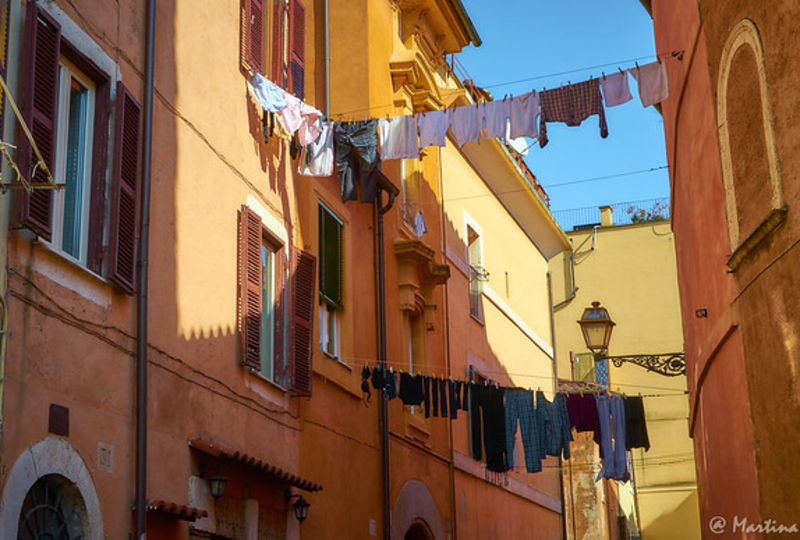 Set during the Nazi occupation of Rome, Roma città aperta is an iconic movie marked by tragedy and intrigue. Directed by Roberto Rossellini (yet another celebrated Italian director. I'm sure you're noticing a pattern in this list), the film follows a soon-to-be-wed couple who find themselves caught in the middle of the conflict between Nazi occupying forces and Italian resistance fighters.

Though not the first neorealist film to be produced in Italy, Roma città aperta was a huge success and helped establish the movement on an international stage, winning the Grand Prize at the Cannes Film Festival in 1946. 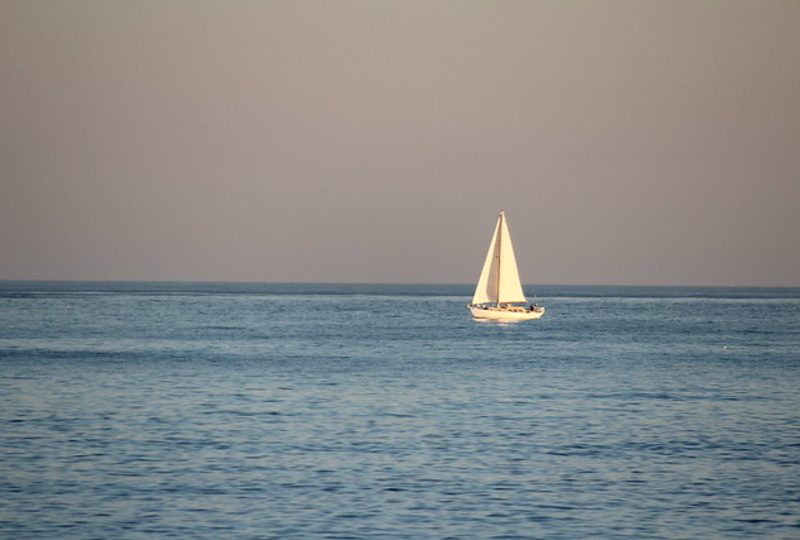 L'avventura is a scintillating melodrama by director Michelangelo Antonioni. When Anna goes missing on a boat trip, her lover, Sandro, and best friend, Claudia (played by the incomparable Monica Vitti), go searching for her, developing an undeniable attraction for one another in the process.

Antonioni was a prolific director largely known for his cinematography. In his movies, the ways in which the camera moves and shots are framed tend to do more to propel the movie's plot than the dialogue. Antonioni's work often shows up in top-film lists. Those studying Italian should also check out La notte, L'eclisse, and Il deserto rosso, if they wish to see some of his other major Italian-language films. 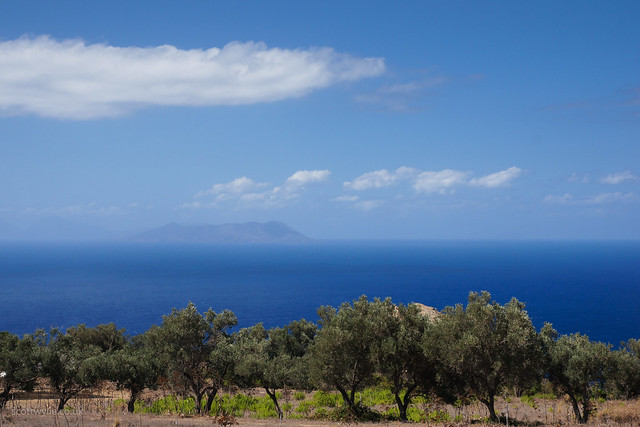 Divorzio all'italiana is a hilarious dark comedy starring Marcello Mastroianni, easily one of the most recognizable Italian actors of his day. Mastroianni plays a Sicilian baron who, falling in love with his beautiful cousin, wishes to leave his wife for her. However, with divorce being illegal in Italy (it wouldn't become law until 1970), the baron sets out to lure his wife into having an affair so he can kill her and receive a reduced criminal sentence (in Italy at the time, men received light sentences for "crimes of honor," such as murdering an adulterous wife or family member; just one aspect of the country's sometimes troubling gender history).

Satirizing Italy's problematic treatment of women and its archaic and repressive laws regarding sex and marriage, Divorzio all'italiana was a smash-hit when it was first released, inspiring a decidedly less dark American remake. 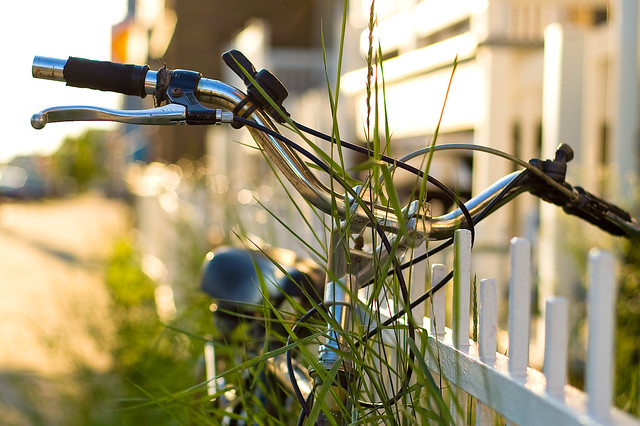 Another often-cited example of Italian neorealism, Ladri di biciclette, directed by Vittorio De Sica, is a devastating but beautiful movie about a man desperately struggling to provide for his son and himself. Shortly after finding work, a theif rides off with the man's bicycle. Without it, he'll lose his much-needed employment, so he and his son set out in an attempt to locate it.

Ladri di biciclette touches on many common themes and motifs that are found in neorealist cinema, such as the use of real locations and non-professional actors. Focusing on a child as a main character, as De Sica does here to highlight a sense of innocence, is another trend of these movies and one that many directors have since used (think about Steven Spielberg, who does the same to a much diffrent effect with E.T. and Jurassic Park). 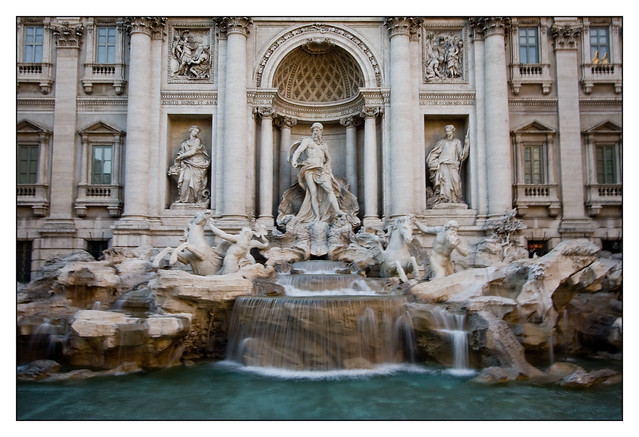 La dolce vita, director Federico Fellini's masterpiece, has some of the most memorable moments in cinematic history. A collection of vignettes following a celebrity tabloid reporter (played once again by Marcello Mastroianni. He was kind of the George Clooney of his day), this movie satirizes what many saw as the vapid, valueless consumer culture that arose in the years of il boom. Also referred to as Italy's economic miracle, il boom is the term commonly used to describe the rapid economic development that took place around Italy, particularly in the northern and central regions, in the 1950s and early 1960s.

Fellini, like many of the other directors mentioned in this post, was quite prolific and is often cited as one of the all-time great filmmakers, not just in Italy but worldwide. Those studying Italian should also check out La strada, 8 1/2, and Amarcord, if they wish to see more of his work. 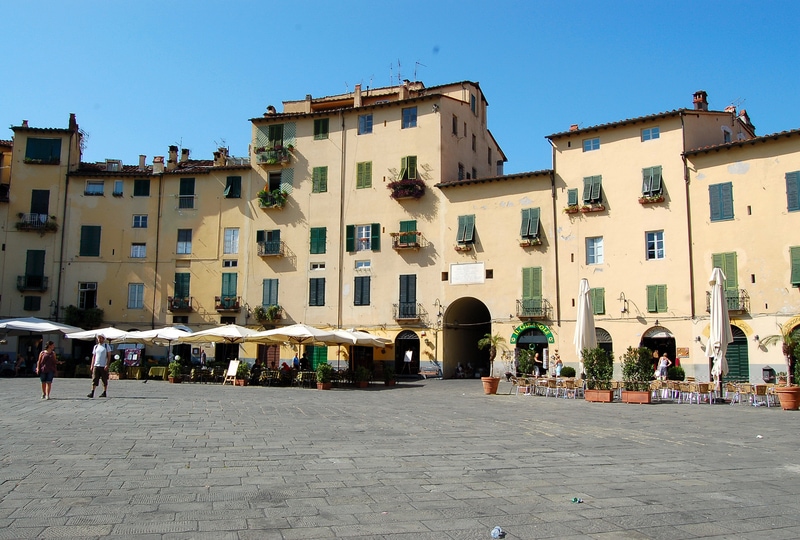 There are a number of ways Italian language learners can better practice their comprehension when watching these movies, including:

With these ten movies, we've just barely scratched the surface of Italian cinema. So, get that popcorn popped, and start watching!