The key to speaking Italian is knowledge of Italian idioms and phrases that Italians use in everyday life. Idioms are a wide category that includes proper idioms (i.e. sayings), idiomatic phrases and slang so I've tried to include a mixture of all three to give you an overview of how Italians actually speak. For some of the more basic Italian expressions, be sure to check out our article on Italian for Travel. 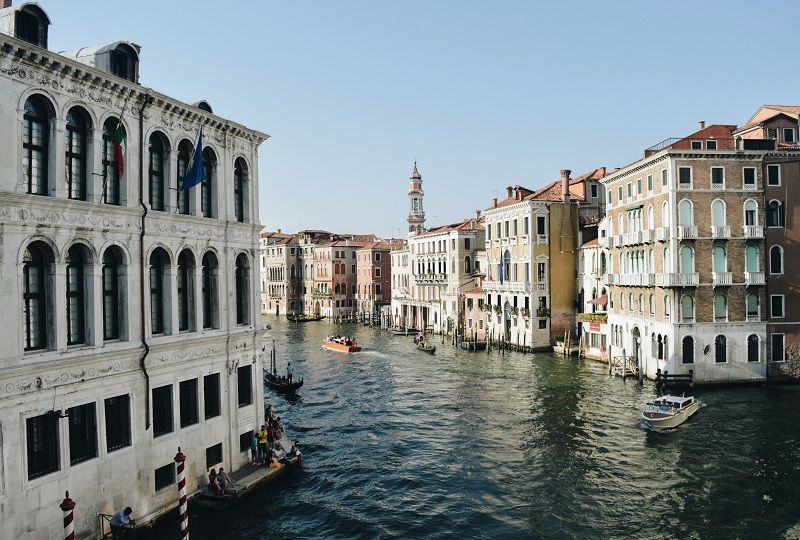 In any language, idioms are a very useful way of putting some colour into your speech. Italian is no exception, so here are some of the most common and useful Italian idioms:

The very common idiom In bocca al lupo! literally means "Into the mouth of the wolf!" and has the customary response Crepi il lupo! ("May the wolf die!") or just Crepi! ("May it die!").

The idiom is the Italian equivalent of "Break a leg!" (with the same idea that it's bad luck to wish someone good luck) and is used in the same way as "Break a leg!" in Italian theatre circles, though the idiom originally came from hunting.

Tocca ferro! is "Touch wood!" (though the Italian version literally means "Touch iron!"). It's used in the same way as its English equivalent, to avert bad luck before it happens.

Acqua in bocca! means "Mum's the word!" or "Zip it!". It translates literally as "water in mouth", with the idea being that you can't speak if you have water in your mouth.

Fuori di testa is how Italians say "out of your mind", except in Italian it is "outside your head" (fuori di testa).

Veloce come un razzo is the Italian equivalent of "fast as lightning" and literally translates as "fast as a race". 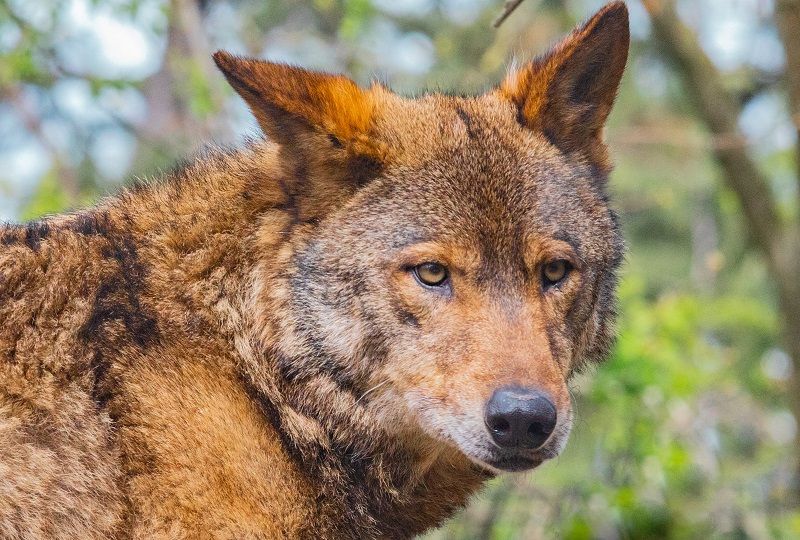 Italian has a lot of slang, some of which varies by region and dialect. This article does not cover Italian swear words, but here are some of the most common Italian slang phrases:

The essential Dai! (literally, "Give!", the imperative of dare) means "Come on!", in three senses:

Ma va? (literally, "But it's going?") is an equivalent to Dai! in in its third sense as "Seriously?".

Another word that means "Seriously?" is davvero, which is also a word for "really".

Ragazzo ("boy") and ragazza ("girl") are used in a similar way in Italian as "boy" and "girl" are used in English, as colloquial ways of talking about (young) adults. So ragazzo (and tipo, a synomym) translates as "boy", "guy" or "dude" (ragazzi, the plural, is "guys") and ragazza is "girl" or even "chick".

Pazzo and matto both mean "mad" and are used in a similar way as their English counterpart. They can be used as nouns,un matto, un pazzo, meaning "madman" or "lunatic", but also in a series of idiomatic phrases, such as essere pazzo di.. ("to be besides oneself with...", "to be mad about..") and diventare matto ("to go mad").

Non me ne frega! means you don't care about something at all, i.e. "I don't give a damn/sh-t!". You can also use the verb fregarsene to say Che ti frega? ("None of your business!") and Chi se ne frega? ("Who cares?"). Use these phrases with caution, as they are a bit rude.

Vattene! and Vai via! are Italian ways of saying "Get lost!", "Go away!" Depending how forcefully they are spoken, they can be quite rude. 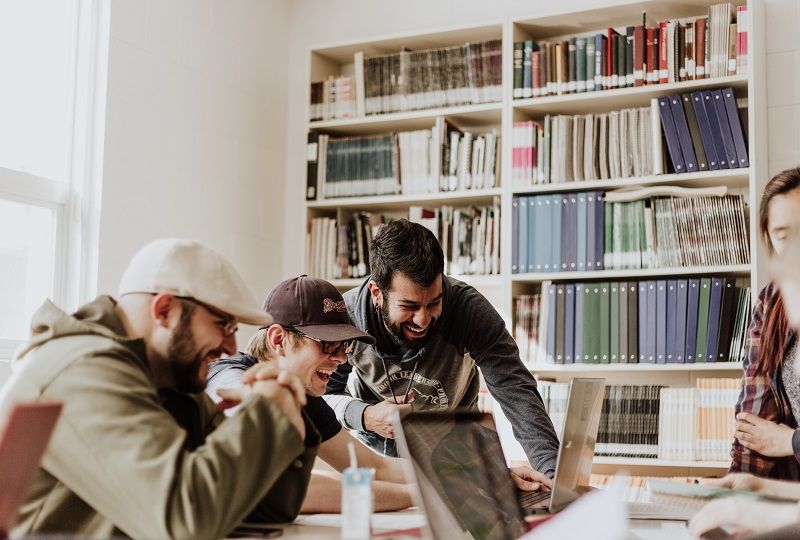 As well as proper idioms and slang, Italian has a great many idiomatic phrases (which are probably the most useful thing in this article).

Basta!, "Enough!", is a very common idiom, used when you have had enough, or you want someone to stop doing something.

Non importa is another very common phrase meaning a neutral "it doesn't matter" (literally, "it's not important").

Figurati! is an informal way of saying "You're welcome!" or "No worries!", or even "Don't worry about it!". It can also be used sarcastically (as the judgemental version of non importa) to imply that you do actually care about something.

Certo! is literally "certainly", but also means "of course" and often replaces si as "yes".

Perfetto! means "Perfect!', but it is used more often than its English equivalent, in situations where we would say "Very good!", "Excellent!" or "Great!" in English.

Non ci credo!, "I don't believe it!" is an idiomatic phrase that is used when something unexpected or surprising has happened.

These three phrases are the Italian equivalents to "See you soon!" (A presto!), "See you later!" (A tardi!) and "See you tomorrow!" (A domani!). They are commonly used when saying goodbye to a friend (e.g. Ciao, a domani!, "Bye, I'll see you tomorrow!").

There are so many Italian idioms that we can't fit them all in this article, so here are a few more:

Magari can simply mean "maybe" but is often used for to "I wish!" or "If only!"

Ecco is a common word, the Italian equivalent of the French voilà. It means "Here" or "there" and is used in the common phrases ecco qui ("Here it is!") or eccolà ("There it is!"), and several other expressions.

Caro/a, "dear" or "darling", is used in the common expression Ciao caro/a!, which is equivalent to "Hi, darling!" and commonly used when greeting friends. Caro/a is also a colloquial expression for "expensive", like the English "dear". 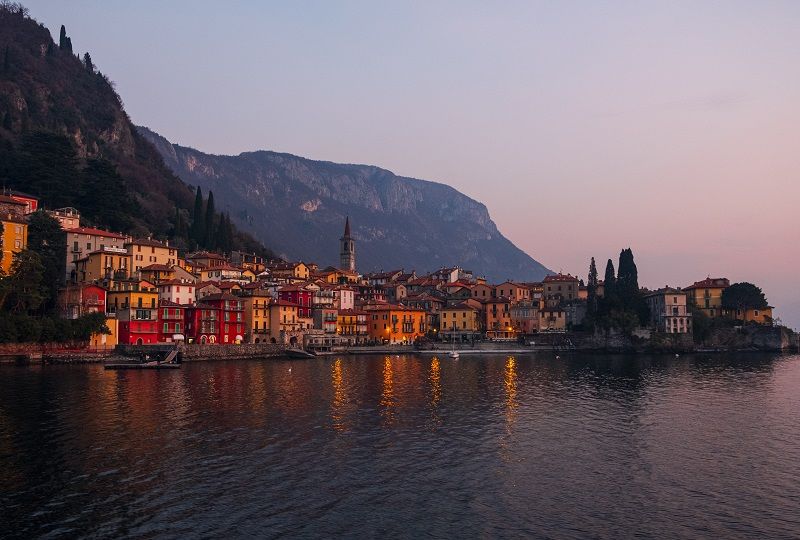 All Italian learners should try and learn some Italian idioms, slang and idiomatic phrases, because it will increase your Italian fluency and make your Italian sound more natural (as you are saying things Italians actually say). If you're lucky you might even learn your new Italian go-to phrase.