It's time to take a tour of Italian language and culture by way of our stomachs. Ready, language learners?

Italy is recognized the world over for its delicious cuisine, and it's something the Italian people take great pride in. With its popularity in the United States, you've likely lived with the names of different pastas and dishes your whole life—passing boxes of dry pasta at the grocery store, going out to eat at your favorite restaurant—but a closer inspection can teach us all sorts of things about the country's rich language and cultural history.

In this post, we'll look at the literal meanings of various pasta shapes, as well as popular pasta dishes. Just try not to get distracted by your growling stomachs! 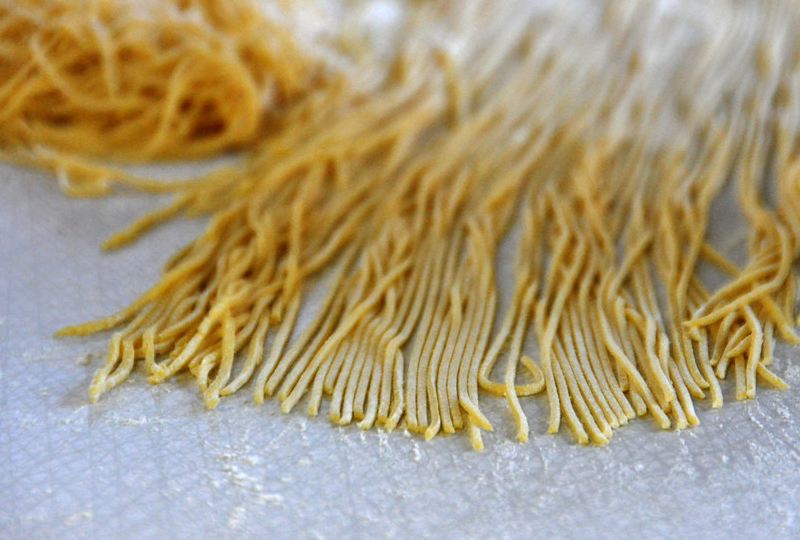 Literally meaning "twins" (think of the astrological sign Gemini), gemelli was so named due to its coiled appearance. However, it's worth noting that the name is actually a bit of a misnomer, as the pasta is not made of two tubes wrapped around each other, but one S-shaped tube twisted into a spiral.

Penne, as fellow pasta lovers surely know, is a tubular pasta that has its ends cut at an angle. The name comes from the Italian for "pen" or "quill". It was invented by a Genoese pasta maker in 1865. The pasta maker intended the bias-cut ends to give the pasta the appearance of the steel nibs found on fountain pens, which were at the time quite common.

Particularly popular in Roman and Tuscan cuisines, fettuccine literally means "little ribbons" or "little neckbands," as suggested by its flat, thick shape (though, take it from me, you should not try wearing one to the next wedding you attend).

The word fettuccine, as with a number of other pastas in this article, utilizes the common diminuitive suffix "-ino". In Italian, there are various word endings speakers can tack onto nouns in order to add a certain meaning (we'll look at a couple others later). In this case, fettuccia and -ino are combined to form the composite noun fettuccine.

Similar in shape to fettuccine, tagliatelle derives from the Emilia-Romagna and Marche regions of Italy. In English, tagliatelle translates to "little cuts". Also like fettuccine, the word tagliatelle utilizes a dimunuitive suffix to give it the added "little" meaning. The suffix "-ello" functions in the same way as "-ino" does; that is, by tacking it onto the end of a noun thusly: tagliata plus -ello equals tagliatelle.

Commonly referred to as "corkscrew" pasta, fusilli derives from the Italian word fuso, meaning "spindle". It was named for the process by which it is prepared, in which one winds or "spins" thin strips of pasta around a small rod.

Rotini is similar to fusilli in that it takes a corkscrew shape. Originating from southern Italy, the name for this pasta comes from a 17th-century Italian term meaning "small wheels." It is not to be mistaken with rotelle, which is commonly know as the "wagon wheel" pasta.

Literally meaning "sleeves," manicotti is actually considered an Italian-American pasta. As the name implies, manicotti are large, sleeve-like tubes that are typically stuffed with some combination of meats and cheeses and then baked.

Interestingly, manicotti can also be read as a composite of two words, mani and cotti, meaning "cooked hands," likely referring to how one would burn their hands preparing the dough for this pasta.

Cannelloni, another stuffed and baked pasta, translates in English to "large spouts" or "large tubes." Though the term was only first introduced in Italy around the turn of the 20th century, references to "macheroni ripieni" (ripieno is Italian for "stuffed") date as far back as the 1770s.

The word cannelloni utilizes the augmentative suffix "-one" to give it the added "large" meaning. Like the "-ino" and "-ello" suffixes, you can use "-one" by tacking it onto the end of a noun: cannello and -one together become cannelloni.

Originating from 16th-century Lombardi and Emilia-Romagna, farfalle is commonly referred to in English as "bowtie" or "butterfly" pasta. Farfalle literally translates to "butterfly". However, in Italian, the term for bowtie is cravatta a farfalla, roughly meaning "butterfly-style tie," so you can see how the two concepts have long been linked in the minds of Italians.

Capellini is similar in shape to spaghetti, only the noodles are markedly thinner. This difference is highlighted in the pasta's name, which translates to "little hairs" (doesn't sound very appetizing in English, I know. So much the better to stick with the Italian).

Here's another pasta named after a part of the body. Orecchiette literally means "little ears." Note, this term uses yet another diminuitive suffix: "-etto". Like the others we've covered in this post, you can tack this suffix onto the end of a word to give it the added meaning; in this case, orrechia and -etto come together to form orecchiette. 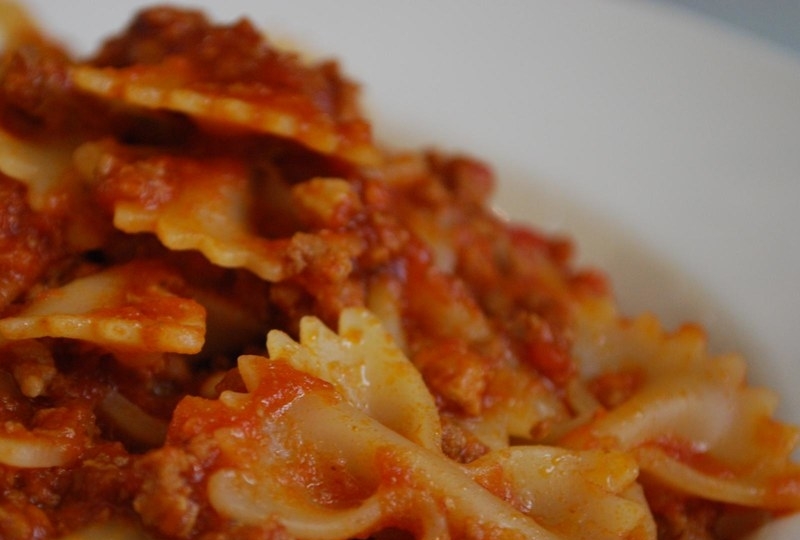 Fra diavolo is a kind of spicy sauce Italians prepare pasta in, and it has become quite popular in America, as well. If you've eaten in an Italian restaurant lately, there's a good chance you noticed it on the menu. It literally translates to "among the devil" (get it? Because hell is so hot). The Italian word "fra" is a preposition that generally means "among" or "between."

The sauce most commonly has a tomato base and is made with chili peppers, oregano, and garlic. A simple and delicious dish.

Spaghetti alla puttanesca is another dish that has become popular both in Italy and around the world. Its history is not certain, but the dish is considered southern Italian in origin and gained prominence in the mid-20th century.

Literally meaning "spaghetti in the style of a prostitute," it's made with olive oil, tomatoes, anchovies, olives, garlic, and capers. These ingredients are staples of southern Italian cuisine. The name, which may understandably come as a surprise to non-Italians, comes from the idea that this is a dish you could throw together with ingredients laying around the kitchen, while you're busy or occupied with other tasks.

Ragù is a meat-based pasta sauce. Though it has a number of varieties, originating from all over Italy, the most well-known is probably ragù alla bolognese (commonly referred to in English as simply "Bolognese sauce"), named for the capital city of Emilia-Romagna, a notable culinary center of Italy.

The term ragù is derived from the French ragoût, a kind of meat stew. In linguistics, they refer to words that derive from French as Gallicisms, and they are quite common both in French and English (the word restaurant, for instance, is a Gallicism). 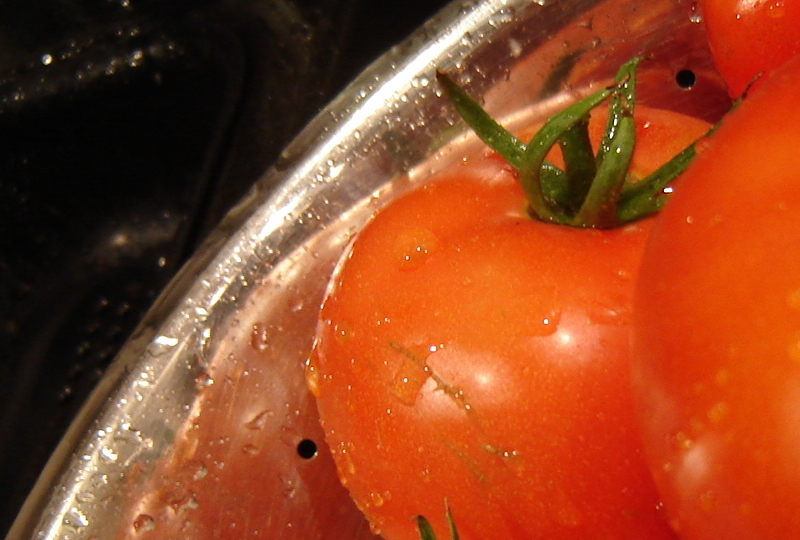 If you enjoy learning about Italian cuisine and its connection to the country's history and culture, there are a number of things you can do to extend this lesson: