You know when someone is speaking English. But can you hear where an English speaker is from?

We've already discussed how British English is very different from American English, but English is the official or most commonly used language in a lot of countries:

And within those countries, you'll hear a huge variety of accents and dialects--New Yorkers have a different way of speaking than someone from Texas.

Movies and TV shows are a great way to get some exposure to these accents so you can start becoming familiar them. Plus, if you watch with English subtitles, you'll be getting English listening and reading practice!

Today, we're going to look at a list of 10 movies from around the English-speaking world. The goal? For you to identify and understand English accents when you're traveling or living abroad. We'll split it up into beginner, intermediate, and advanced levels. 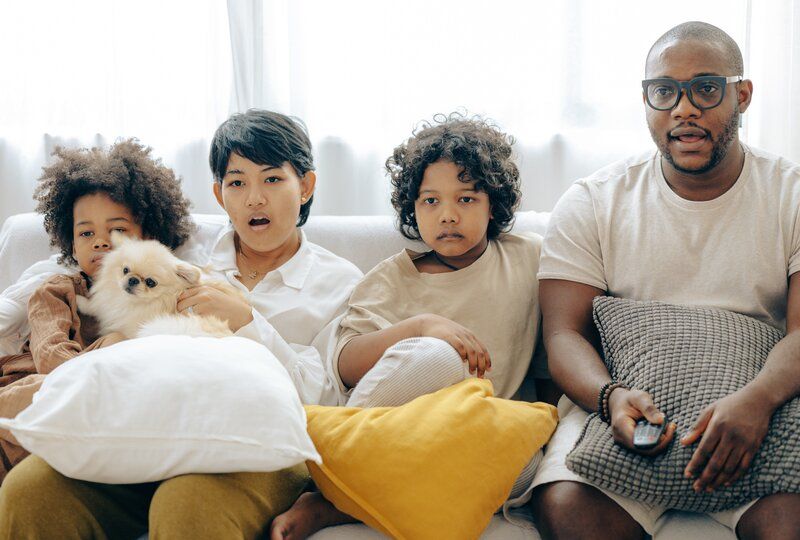 If you are a beginner, we recommend starting with an English movie that has the same accent for the entire movie. Kid's movies are a great choice because they use simple, easy-to-understand language. Pixar or Disney has a lot of heart-warming movies that adults also like, so we recommend Finding Nemo, one of Pixar's classics.

Although Finding Nemo is set in Sydney, Australia, the fish in the movie speak with standard American accents.

These movies are beloved by kids and adults alike. Set in a magical boarding school, the Harry Potter movies are a great chance to practice listening to British accents, mostly received pronunciation (RP) English accents.

While it's an easy watch for kids, there are many made-up wizarding words and some characters are quite posh, so we recommend watching with subtitles! 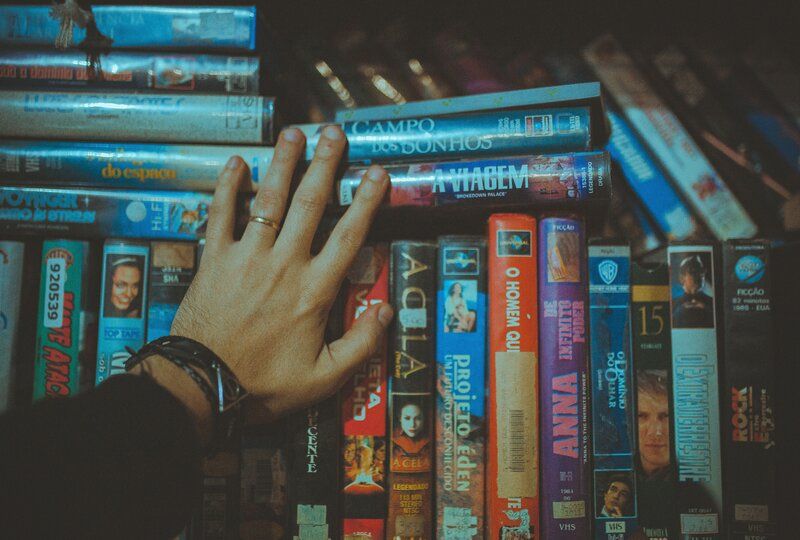 District 9 is a 2009 science fiction was directed by South African film-maker Neill Blomkamp. When sick and weak aliens land in Johannesburg, South Africa in 1982, fleeing their dying homeworld, the South African government quarantines them in an area called District 9. The movie explores themes of migration, segregation, and xenophobia, based on real events during the apartheid era in South Africa.

It's an action movie, so while there's some violence that might not be appropriate for children, the movie's dialogue is simple and a good tool for intermediate English learners.

4. Mare of Easttown - Pennsylvania, US

Forgive the fact that this one is a mini-series, not a movie, but it's only 7 episodes. Starring Kate Winslet, this show is about a detective living in a small town in Pennsylvania, US, trying to balance a difficult case and her personal life.

Her acting was universally acclaimed, especially for her accent, which locals say is perfect and "spot on.". If you're looking for something to watch that shows you a non-standard American accent you don't typically hear in movies, look no further!

Bernie is a 2011 black comedy starring Jack Black who plays a beloved funeral director in in a small town in East Texas. A famous comedian, Jack Black, plays a darker character than his usual roles, and we don't recommend this one for young kids.

You'll hear lots of Texan accents, including Texas-native Matthew McConaughey's southern drawl. As a Texan myself, the accents are spot-on, and the movie has a hilarious explanation of the different regions of Texas. 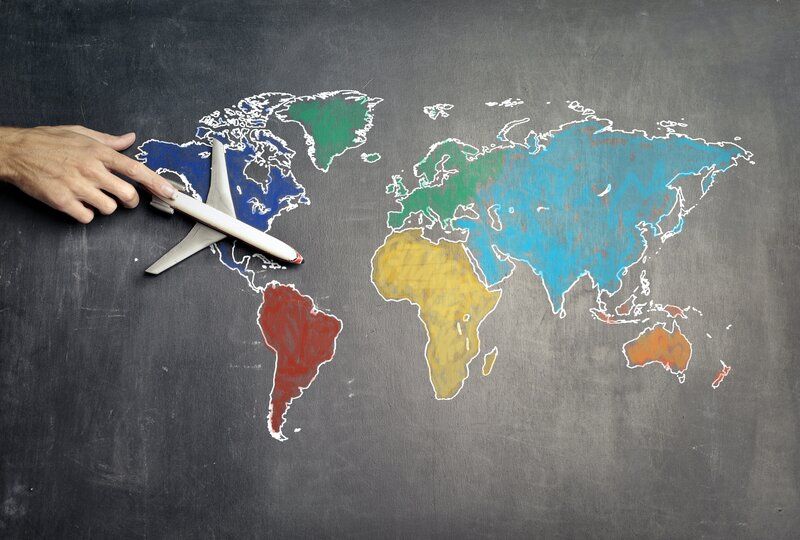 Despite its sad premise, it's heartwarming and funny. Because there's some Kiwi slang, this movie is better for intermediate-advanced English learners.

Dev Patel, of Slumdog Millionaire fame, stars in this 2016 movie about a young Indian boy who accidentally leaves his home, struggles to escape poverty and ends up adopted by an Australian family. After 25 years, he returns to India to search for his biological family.

The first half of the film is set in India and Bangladesh, while the second half is set in Australia. Language plays a big part in the film, with the young boy learning English and then forgetting his native tongue. Despite Dev Patel being an English actor, his Australian accent is pretty great.

If you like detective stories, we have another option: The Guard. This 2011 comedy/thriller follows a grumpy Irish policeman and his uptight new partner--an American FBI agent--as they track down a serial killer in west Ireland.

It's the most successful independent Irish film of all time, and you get a sweet buddy cop dynamic that explores Irish and American cultural differences. The Irish dialect can be a bit hard to understand for those unfamiliar, so this pick is best for advanced English speakers.

This one is a special challenge. Get ready to practice your English and your French! This 2006 dark comedy buddy cop film revolves around two Canadian cops, one francophone, one anglophone, who have to put aside their cultural differences and work together to solve a murder. As one of the most popular Canadian films of all time, it's also a unique (and humorous) insight into Ontario-Quebec cultural differences.

As one of Canada's first bilingual films, with the characters rapidly switching between French and English, we have to recommend this only to advanced English learners who either want to simultaneously practice French or who simply want the extra challenge. Alternatively, if you're someone who already speaks French, this is no challenge at all!

This movie is considered a classic, and for good reason. It's a 1996 Scottish black comedy starring Ewan McGregor (you probably know him as Obi-Wan Kenobi from Star Wars). The movie is about heroin addicts and their exploits as they try to get enough money to continue their drug use.

Mostly set in Edinburgh, you'll hear a lot of Scottish accents. Even for advanced English learners, we recommend using captions since even native English speakers struggle to get all of the slang.

Fun fact: the cast had to re-record the first 20 minutes of the film so they could tone down their Scottish accents, as they were worried American audiences wouldn't be able to understand them. 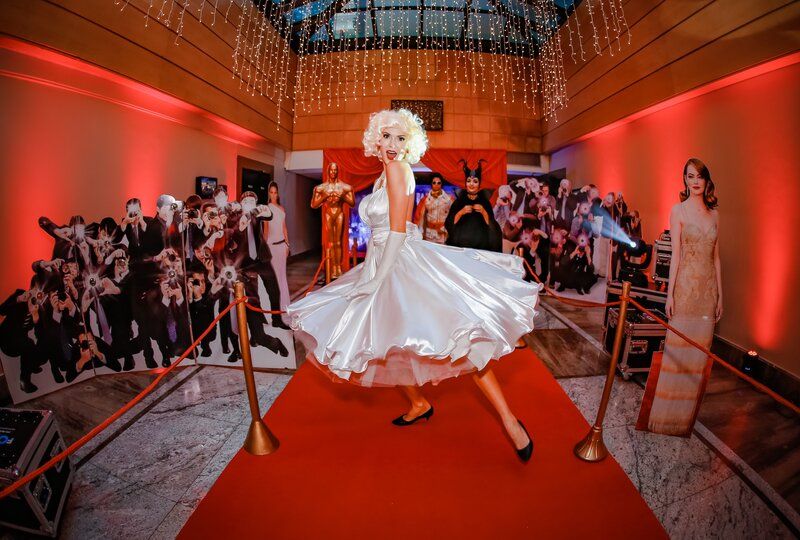 How to Keep Practicing your English Skills

What's a better way to practice your English than with a movie?

Watching movies in English is a useful method to practice your listening, especially if you want to get exposure to different English accents from around the world.

We hope this guide helped you pick out your next watch. And if you're a big cinema fan, you should learn more about how to pronounce tricky celebrity names! 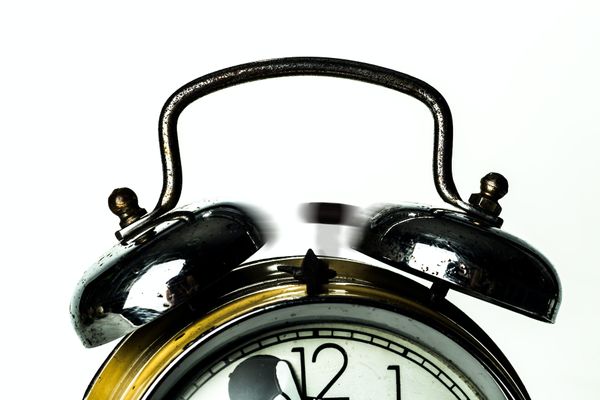 One of the most common excuses for not learning a language is, "I'm too busy! I don't have enough time to study a new language." In many cases, the would-be student knows exactly what he should do to practice: make and review flashcards, watch videos in the target 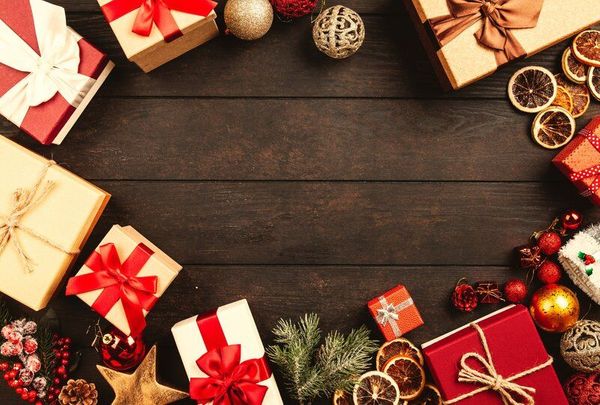