The best part of planning a trip is thinking about all the amazing foods to try when you arrive at your destination. But what happens when you can’t read the menu in Spanish where you are in a Spanish-speaking country? As a Spanish language learner, here I’ll share some tips to help you order in Spanish with confidence! 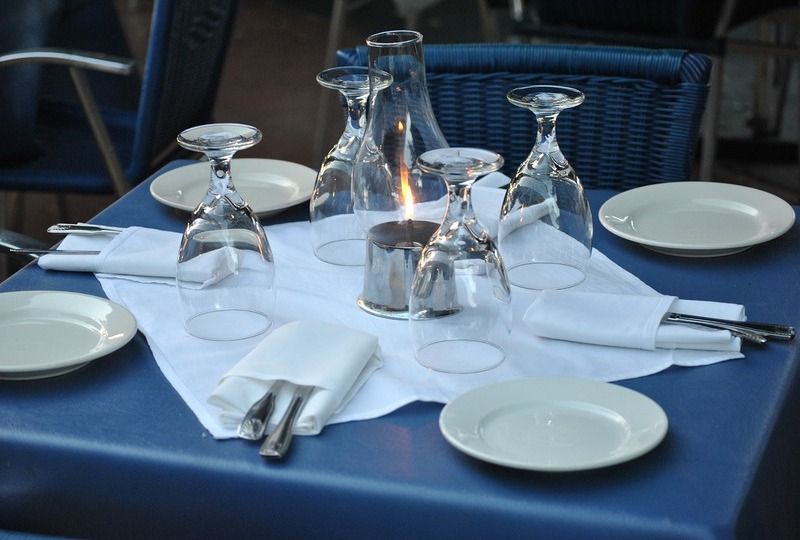 How To Study Spanish Food Vocabulary

Eating out in a Spanish-speaking country can be exciting, but it can also be nerve-wracking when you don’t speak the language fluently. Luckily, there are ways to know what you’re ordering with little effort. It’s important to step back and think about how you would like to eat while you’re traveling in the Spanish-speaking world. Will you stop at a grocery store and buy things to cook or will you be eating out at restaurants most of the time? You’ll have to beef up your Spanish food vocabulary to read packages and menus no matter what you decide to eat abroad!

One of the first things I like to look at when studying a new foreign language is a list of words related to meats I may find on a menu. That way, I can avoid any dishes with an ingredient that I don’t want to eat. I do this with any ingredient that I have strong feelings about so I can spot dishes I’ll hate and dishes I’ll love. Before you begin studying Spanish food vocabulary without direction, make a list of foods that you will not eat under any circumstances. Make sure you know the words sound and look when written. It's also a good idea to look into any related synonyms for the food in Spanish. This will help you with dietary restrictions, and you’ll avoid spending your money on something you’re not going to want to eat! 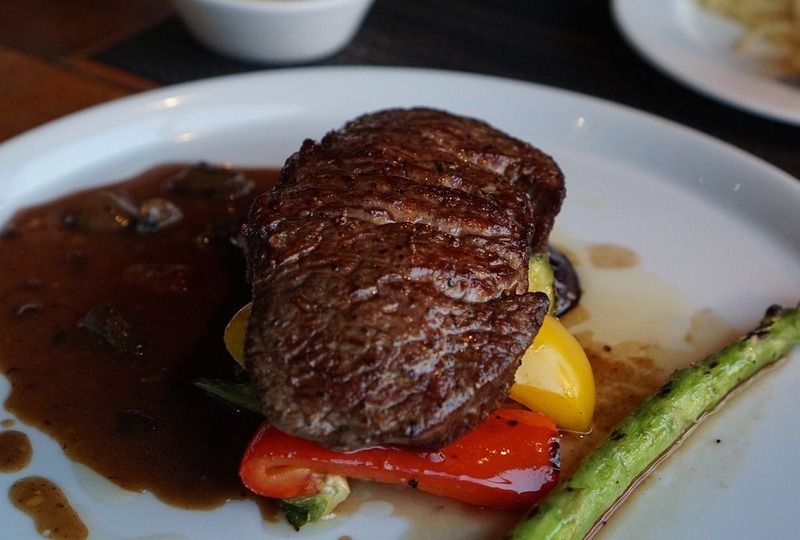 While I enjoy some meat and fish, I don’t always gravitate towards dishes with pork or clams, for example. I try to learn these words before traveling, and sometimes, I will write them down and keep them handy. It’s also good to make a list of proteins that you enjoy. There are regional meats and animal protein that people eat regularly in other countries. Some of these we wouldn’t think to learn about before traveling. Having a list of things you want to eat can help you avoid accidentally ordering the guinea pig! Here are some words associated with animal proteins in Spanish. This is not an exhaustive list, but I tried to include items that are popular in Latin America and Spain. 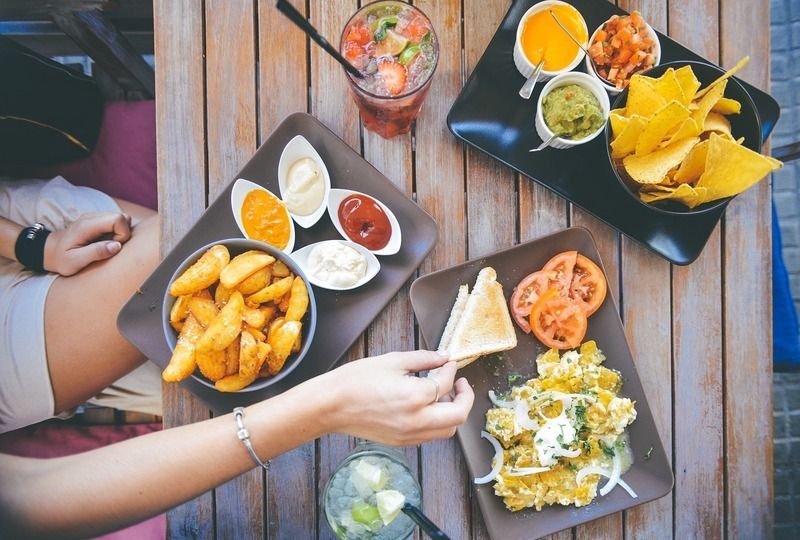 Another challenge of eating abroad can be finding options for people with restricted diets. Travelers will find plenty of options in Spain, but the situation in Latin America is different. Most dishes include meat and animal products. Gluten and sugar are also common. Here are some phrases that can help you voice and explain your dietary restriction. 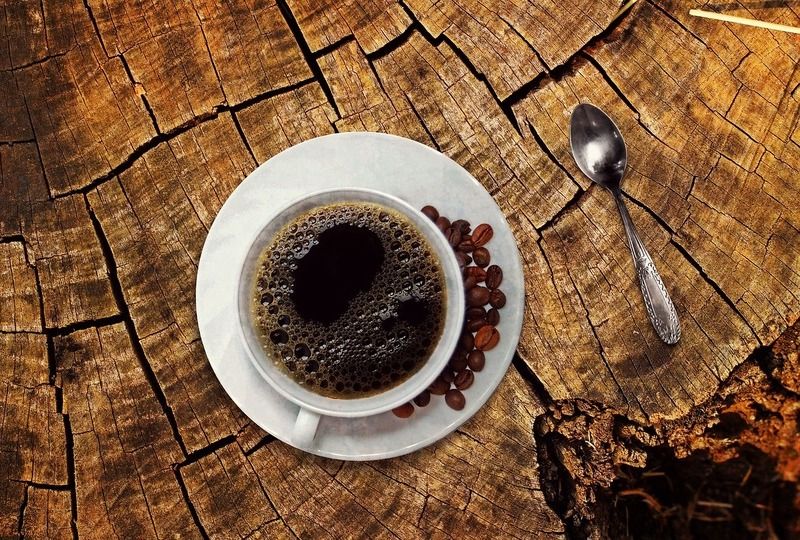 Once you have plates of delicious Latin or Spanish food all over the table, you’ll need something to wash it down with! Throughout Spain, the popular choices in the morning are coffee and orange juice. Spain is known for growing the fruit, so you’d be hard pressed to find a country with better orange juice! Coffee orders can be tricky in Spain and Latin America. If you’re like me and enjoy a cup of black drip coffee, you may be out of luck! The most common coffee order in most Spanish-speaking countries is café con leche, or coffee with milk. It’s a shot of espresso mixed with milk. In Spain, they’ll always ask if you want hot milk or cold milk. Locals will select the temperature based on how long they have to sit and wait for it to cool down!

In the afternoons and evenings, the beverages of choice are varied. Beer and wine are ever popular in Spain. My personal recommendation for wine drinkers is to avoid making your decision based on price. In Spain, the price of a wine and its quality are independent of one another. The best glass of wine I had in Spain was a house wine that cost 2 euros!

If alcohol is not what you’re looking for, water and sodas are also available in all Spanish-speaking countries. Some countries charge for water, so if you’re used to ordering water to save a few dollars, this might be your chance to splurge and get a soda! As a matter of fact, in many countries it is seen as odd to order water since it is priced similarly to more attractive options. Here are some words that will help you order your drink of choice! 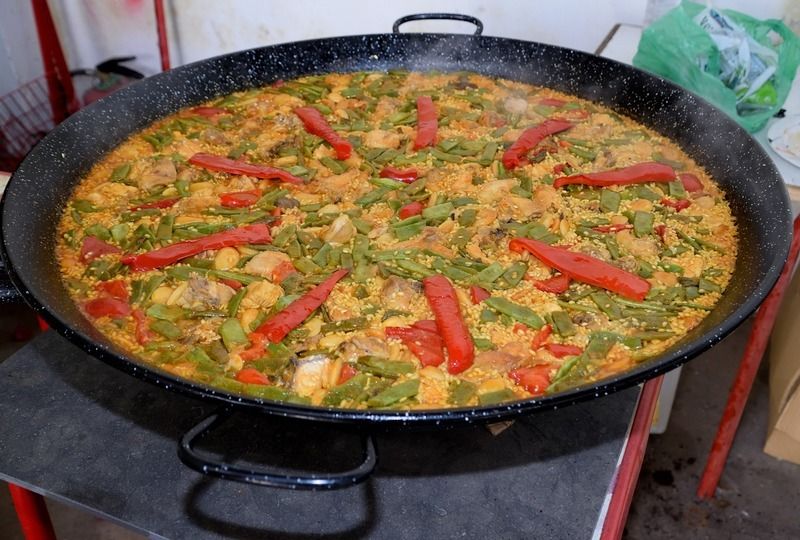 Each Spanish-speaking country has regional dishes that are a must-try for tourists. Called platos típicos in Spanish, regional dishes are fun to experiment with! Here, I’ll summarize the national dishes each country. I’ve grouped individual countries together by region if their cuisines are similar.

-Argentina is big on barbecue! Expect to try asado, a dish of meats like ribs, pork, and sausages.
-Bolivia makes salteña, a meat-filled pocket of dough that resembles an empanada.
-Chile’s national dish is cazuela de ave, a simple vegetable and chicken stew.
-Colombia’s national dish is bandeja paisa. It’s a loaded plate of rice, beans, meat, chorizo, plantains, avocado, a bread called an arepa, and a fried egg.
-Costa Rica and Nicaragua both enjoy gallo pinto, a breakfast meal of seasoned rice and beans.
-Cuba is known for ropa vieja, which means old clothes! It consists of shredded beef and vegetables with rice.
-The Dominican Republic’s national dish is la bandera. It includes meat, red beans, and rice.
-Ecuador eats bolón de verde, a ball of mashed green plantains stuffed with meat and cheese.
-El Salvador’s national dish is pupusas. They are thick tortillas stuffed with cheese and sometimes other ingredients like meat and beans.
-Guatemala enjoys pepián de pollo, a dish made of shredded chicken in a spiced, tomato-based sauce.
-Honduras is known for plato típico, literally meaning typical dish. It’s a feast of meat, beans, fried cheese, plantains, sausage, and more!
-Mexico’s national dish is mole poblano which consists of chicken in a spiced, mildly chocolate sauce.
-Panama serves up sancocho, like many other countries in Latin America. It’s a stew of chicken, corn, yuca, and other ingredients.
-Paraguay feasts on sopa paraguaya, which is like a cheesy corn bread.
-Peru is known for ceviche, a dish of raw, white fish “cooked” in acidic lime juice.
-Puerto Rico enjoys arroz con gandules. It translates to rice with pigeon peas.
-Spain’s national dish is paella, a saffron flavored rice with seafood.
-Uruguay is known for chivito. Meaning little goat, it’s a sandwich with steak, mozzarella, mayonnaise, bacon, olives, and a hard-boiled or fried egg.
-Venezuela enjoys pabellón criollo, which is pulled beef, black beans, and rice. 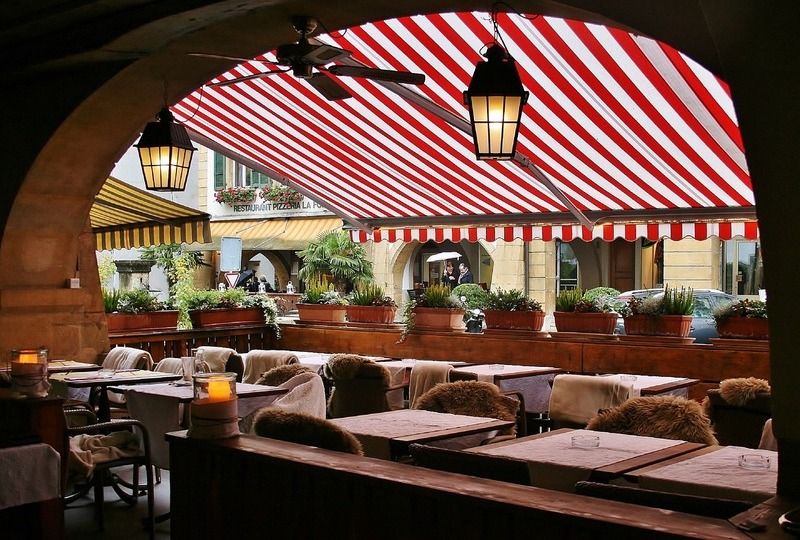 Recommendations for Eating Out in Spanish-speaking Countries

Regardless of where you go in the Spanish-speaking world, there are interesting foods to try at every turn! As someone who has traveled in both Spain and Latin America, I would recommend keeping an eye out for clean, reputable restaurants. Avoid street food if you can. TV and social media can make it seem cool to eat street food. But if you’re not used to the region or knowledgeable about the food you’re eating, it could make you very sick. Nothing ruins a trip faster than a visit to the clinic!

Another recommendation I have would be to try foods that are a little outside your comfort zone (once all safety precautions have been taken). McDonald’s may feel familiar and comfortable, but each country has so much more to offer. During my time in Peru, I ate ceviche many times with fried yuca, and I could not recommend it more! In Spain, I most enjoyed croquetas, which are fried balls of deep fried béchamel sauce often served with french fries! Eat things you’re not used to eating if you can. At the very least, you’ll have a good story to tell when you return home! 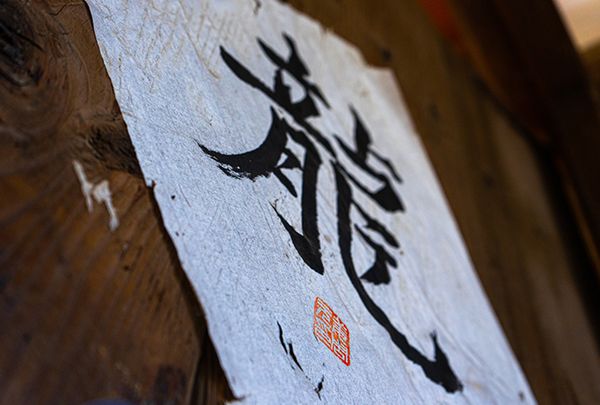 Learning Hanja can be useful in memorizing and understanding Korean. This blog contains everything you need to know about Hanja to start learning.