Have you ever noticed someone saying So or You know? many times in one conversation? What about Um or Alright? These phrases are everywhere in spoken English, but you probably won't find them in your textbook.

Fear not! After reading this article, you'll know not only what English filler words are but how (and why!) to use them.

Filler words are some of the most commonly spoken words in any language. Fluent English speakers say these sounds so often in casual conversation that most of the time we don't even realize we're using them!

Let me give you an example:

"Okay so have you, like, heard of the "Valley Girl" accent? Well, it's also known as Uptalk and basically, it's, um, this accent known for, uh, using tons of filler words. I mean, actually, um...what are filler words?"

Alright, alright. I'll stop. A less extreme example would be something like:

Do you see what I mean? Great! Let's learn about English filler words and how they function in a conversation. 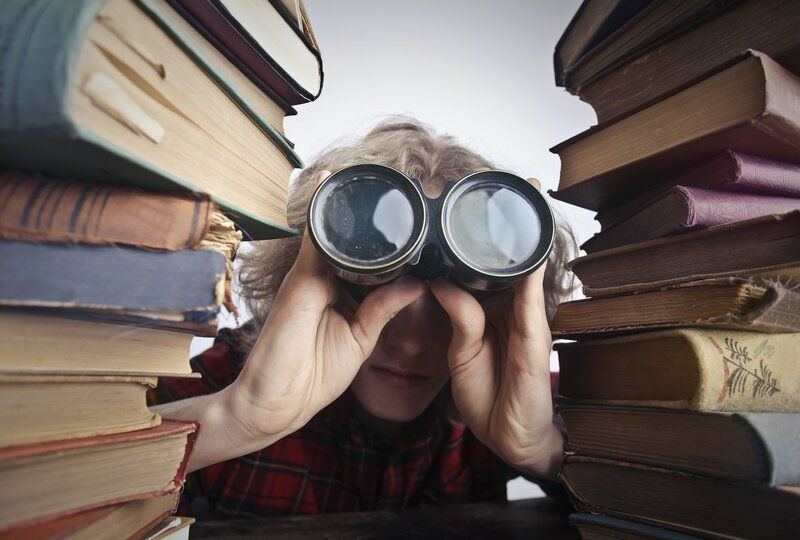 What Are Filler Words?

As the name suggests, filler words are short sounds used when people need to "fill" in the gaps between thoughts or sentences. Sometimes, these words even add a little extra attitude or emphasis. They're also known as discourse markers.

There are pros and cons to using them—and we'll get to that in a second—but in informal situations, using common filler words can make you sound more natural. They keep up the pace of English conversation without being distracting.

You almost certainly have filler words in your own native tongue. What sort of filler words you use depends on the language and sometimes on your region or age.

Spanish speakers might say este or pues. Italians are infamous for their use of allora. Living in South Korea, you'd be hard-pressed to find a Korean speaker who doesn't use eum or keu. 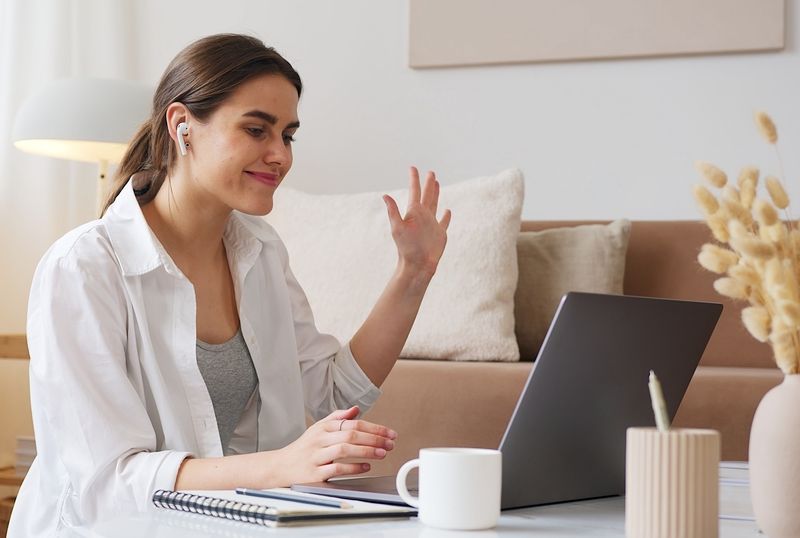 Why Do We Use Fillers Words?

Most people don't realize this when they're using them, but filler words have different purposes. It's not only to fill up space!

We use filler words to:

That's a lot of potential meanings, right? With that, let's see some of the most popular English filler words! 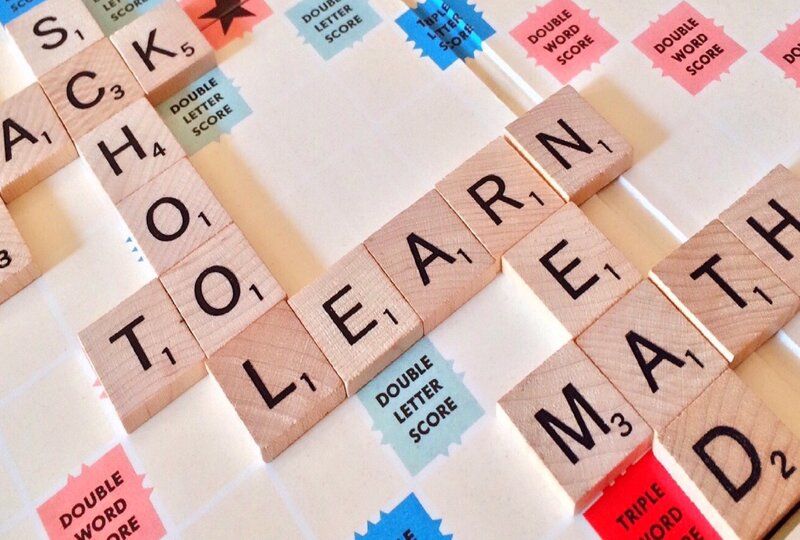 "Oh" is one of the most common filler words in the English language. People of every age and dialect say it. Oh almost always begins a sentence and it might indicate subtle surprise or disappointment.

Love it or hate it, like has become incredibly common with young English speakers. This filler word started in California and, despite being irritating to some, you should know people say like all the time in many different ways. People pause by saying like but we also use it to add emphasis. Another reason we say like is when we're quoting a conversation.

Do you know how to use you know? It can start, finish, or interject a sentence. Native speakers might start with you know while we collect our thoughts. We also say it to check for agreement. It's important to note fluent English speakers use this when we assume the other person shares the same knowledge or opinion as us.

Examples: "You know, I never thought this would happen."
"The book was sort of boring, you know?"
"He was, you know, always late."

Sometimes English speakers might start sentences with I mean when we want to clarify our point. It also adds emphasis or functions as a pause while thinking of what to say next.

Want to express your doubt or hesitancy? English speakers add ...or something to the end of an idea when we're unsure. This has the added effect of "softening" up a sentence if we're worried about seeming too direct.

Example: "I heard it's about whales or something."

Well, well, well...what have we here? Well in English can be an adverb ("It's going well!)" but it also functions as a filler word. Speakers add this to the beginning of a sentence to transition between ideas.

Example: "You're sure? Well, just let me know!"

Just is a great word to use to add emphasis or, somewhat contradictorily, hedge your argument. Just can also express hesitancy and make your point more indirect (which, in some situations, may be more polite!).

It's basic! Speakers use basically when we're summarizing our ideas or emphasizing our most important point.

Examples: "Basically all I did was call her."
"It's basically about this superhero."

Actually is great for when you're trying to emphasize the truth of something. Sometimes, we say it to contradict someone else.

Examples: "That actually happened to me!"
"Actually, I'm not sure if that's true."

English learners probably know so because it's often an intensifying adverb ("That's so nice!"). However, so is also used as a coordinating conjunction at the beginning of a sentence. It's a filler word that, like basically, is meant to indicate consequence or to wrap-up an idea.

Right means "correct" in English, but English speakers use it for more than just an adjective: it can start a sentence, change the topic or check for agreement.

Okay is an English loan word heard all over the world. It's an adjective and adverb ("It's okay." or "It went okay.") but we also use it as a filler word! Much like right, okay can start a sentence, change topics or be an affirmative. Native speakers also use it to check for understanding.

Examples: "Okay, are you here yet?"
"Okay, let's talk about next week's class."
"I know you're tired so let's leave, okay?

Alright is the informal (and sometimes considered incorrect!) spelling of all right. Just as with right, fluent speakers use it to agree and to transition between ideas. It can also check if someone is safe or good. In spoken English, it's a bit more formal than okay but, again, this spelling shouldn't be used in formal writing.

Example: "Alright, that makes sense."
"The kids are alright."

Um is another incredibly common (if not the most common) English filler word. This is the kind of filler word that people say all the time but usually don't even realize we're using. You use um as a pause or hesitation in between ideas. English speakers also say it when we're expressing uncertainty.

Example: "That would go between the, um, couch and the TV."

Yeah is usually a term of agreement, but we also say it to confirm or check for understanding.
Examples: "Yeah, I feel the same way."
"You know where the burger place is, yeah?" 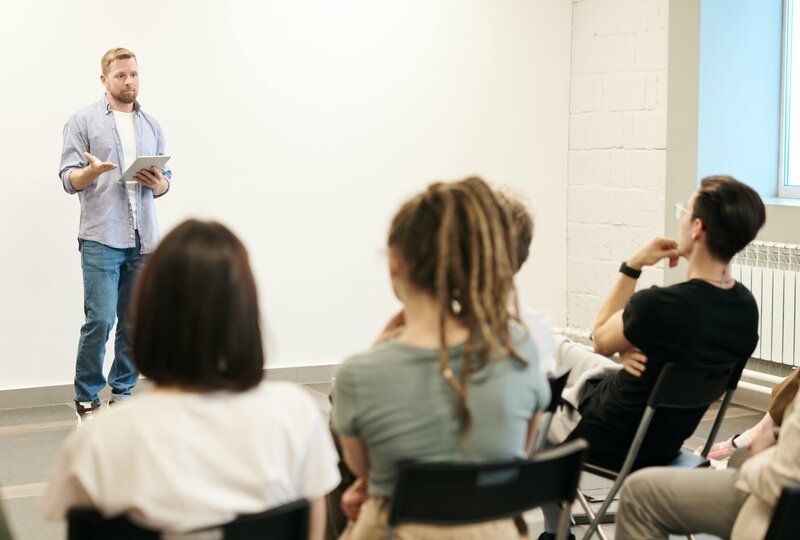 When Should You Use Filler Words?

If you don't often practice conversations with a native English speaker, you might not realize how common these words are in spoken English. Because TV shows and movies are written and rehearsed, their dialogue will be stripped of most of these words--unless they're trying to mimic a certain accent. Likewise, podcasters and youtubers will often edit out these little noises to make their content sound smoother.

Filler words are often considered unprofessional because they can make you sound unsure or unprepared. Specific words, such as like are associated with teenage girls (need an example? See Cher from Clueless).

Just like with contractions, you want to avoid using them in formal situations.

A teacher at my high school would take off points from our grade every time we started our presentations with the word So. Maybe this goes without saying, but she took off a lot of points.

This isn't to say you should never use them. Filler words are actually very important because they can make a sentence more indirect, which can be more polite. They can also help you sound less robotic. As I said above, these words are so natural, it'll be difficult to find a native speaker who doesn't say Oh or Um sometimes.

Rather, it's important to know when and how to use these discourse markers. A casual dinner out with friends? Sure, say like as much as you like! A high-stakes board meeting with your boss's boss? Maybe stay away from the Ums and You know-s.

Understanding these words and what they usually mean can help you better read someone's mood or subtle meaning. Now you can tell when someone might be trying to check for agreement, hedge their opinion or express doubt! 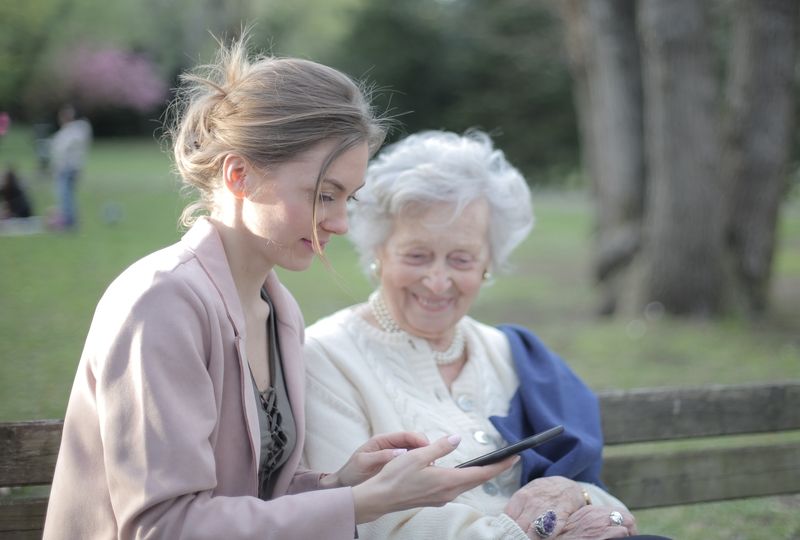 We've learned some of the most popular English filler words. What do you think? Will you start using these in casual conversation? Even if you don't, the next time someone starts throwing out words like So or Actually, you can better guess their tone and intention.

Okay, so, it's basically that easy, right?

Right! So now that you know about filler words, you can keep learning about other ways English speakers speak informally. If you want to learn more ways to sound like a native speaker, you can read about the best techniques to improve your English communication skills!

Well, that's all. Oh, and good luck on your language learning journey!