Are you planning to learn English to study abroad but not sure which type of English is used, British or American? There are several differences between both of them and most English programs, such as a Second Language (ESL) and English as a Foreign Language (EFL), teach either American English or British English. However, the differences between American English and British English can make things more complicated. But don't worry, we got you covered!

The following are the three main distinctions between American and British English:

So if you want to sort this out to improve your English, keep on reading! 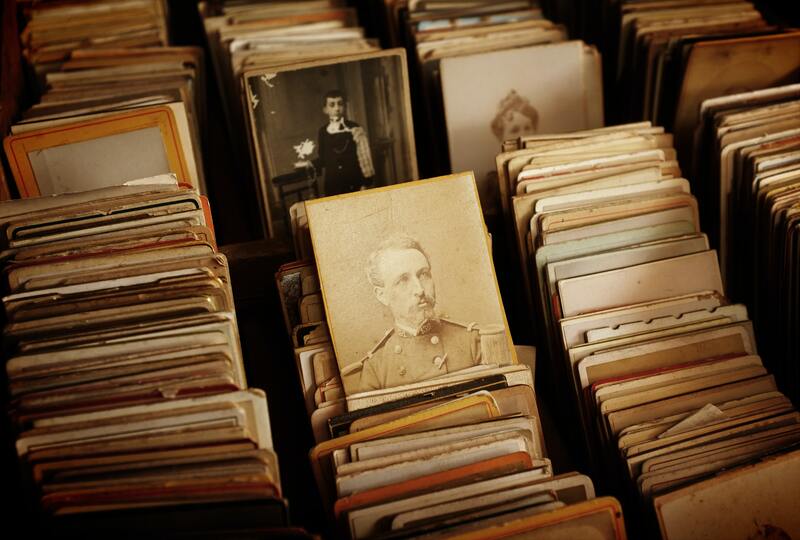 English, spoken in both the US and the UK, evolved over hundreds of years from Old English. Funny enough, Old English is primarily incomprehensible with to its contemporary counterpart, modern English.

Oscar Wilde famously stated, "We truly have everything in common with America today, except, of course, the language." This quote shows how English in the US and the UK differ. If the origin of the languages they spoke was the same, how did they become different?

The main reason these two countries' English is different is how the language has changed over time. At one point, they both spoke English the same way. American English owes much to the original 13 colonies by British immigrants in the late 17th century.

Many current British English dialects don't use full rhoticity because of a late-18th-century trend in the south of UK. Being of a higher social level, the aristocracy started removing their R's, which the ordinary British people then adopted. The usage of rhoticity is still prevalent in certain areas, although non-rhoticity has started to have an impact.

However, the most noticeable distinction between American and British English is their written forms. This is because writers created the earliest dictionaries in each nation with different linguistic viewpoints. Scholars in London assembled the British dictionary with the simple goal of collecting all recognized English terms. Noah Webster, a lexicographer who aimed to simplify spelling, established the American dictionary.

Various terms, such as "colour" and "honour," which were altered to "color" and "honor," and "judgement," which is written "judgment" in American English, are instances of words with different spellings.

In terms like "colourise" and "hypnotise," which are written "colorize" and "hypnotize" in the Americanized versions of the languages, the British "s" is often replaced with the letter "z." In American English, words that finish in the letters "re" in British English, such as "centre" and "theatre," are often spelled with a "er." 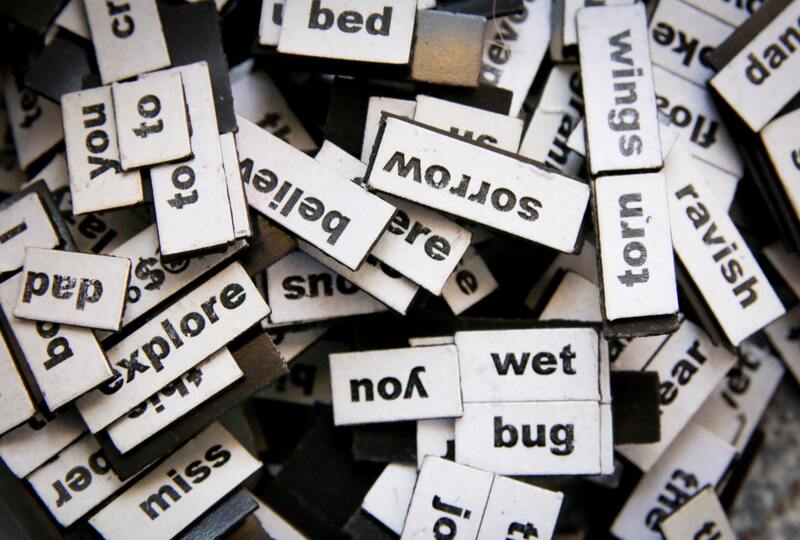 What Are the Differences Between British English And American English

"Two countries split by a shared language" is an ancient quote that describes America and Britain. This captures how many Britons see American English. My British friend keeps telling me, "You don't speak English. You speak American."

But how different is American English from British English?

British and American spellings diverge by the hundreds. This may be credited to American lexicographer Noah Webster. The dictionary that bears Webster's name may be a familiar name to you.

In the late 1700s, author, politician, and educator Noah Webster began an endeavor to improve English spelling. The inconsistent spelling in English irritated him. Webster sought to spell words as they appeared on the page. The spelling change also showed America's independence from England. American spellings of words like "color" (from "colour"), "honor" (from "honour"), and "labor" (from "labour") show Webster's influence. Webster took the letter "u" out of these words so their spelling would match how they were said.

Another grammatical distinction is auxiliary verbs. Helping verbs and auxiliary verbs are verbs that contribute to the formation of a grammatical function. They "assist" the primary verb by providing details regarding time, modality, and voice.

Let's examine the subordinating verb "shall." The word shall is occasionally used by the British to signify the future. For example, "I shall go home now." Though they are familiar with its meaning, Americans hardly ever use the word in speech. It has a formal air to it. "I'll go home now" is probably how Americans would phrase it. British people may ask, "Shall we go now?" while Americans are more likely to ask, "Should we go now?"

When Americans don't feel like they have to do something, they say "do not need" after the helping verb "do." "We do not need you in the office today." Brits omit the helping verb and use the word not."You need not report to work today."

Regular verbs also exhibit some slight irregularities in the past tense.
It is the past tense of "learn" in American English. In British English, you may use either "learned" or "learnt." Learned and learnt, burned and burnt, and dreamed and dreamt, all follow the same rules. The -t ending is more common in British English, whereas the -ed ending is more common in American English.

When a verb is irregular, Americans sometimes add the suffix -en to show that the verb is now in the past tense. The phrase "I have never got caught" is more likely to be used by a Brit than an American. In American English, both got and gotten may mean "had" in the past. Got is a universally understood British expression.

Don't stress too much over the fact that irregular verbs tend to have subtle differences in their past tense. Those from both countries know the other's method.

British speakers are more prone to use formal words like "shall," while Americans prefer to use simpler words like "will" or "should." The Brits have for long abandoned the usage of "gotten" as the past tense of "get" in spoken form, in favor of "got," but Americans still use it.

American English almost seldom, if ever, uses the word "needn't," which is often used in British English. They replaced it with "don't need to."

The preposition "at" in British English refers to time and location. The words "on" and "in" are substituted for the first and second, respectively, in American English.

Adding the tag question may transform a sentence from a declarative statement into a question. For example, "This whole thing is sad, isn't it?" or "You don't like him, do you?"

Pronouns with accompanying verbs (to be, to have, to do) form the tag. Invoking tags prompts listeners to respond and show agreement. Tag questions are also used by Americans, but much less often than in British English. These days, Brits often use "innit?" slang to mean "isn't it".

The two versions of English have a few grammatical distinctions. Start by looking at group nouns. Collective nouns are used to describe a group of people.

Collective nouns in American English are singular. For instance, the terms "staff," "band," and "team" denote groups of workers, musicians, and athletes, respectively. "The band is excellent," as they would say in America.

The vocabulary is the most obvious difference between American English and British English. Numerous standard terms have diverse meanings. For instance, Americans refer to a car's front end as the hood, whereas the British refer to it as the bonnet.

While Britons have holidays or hols, Americans go on vacation.
Londoners live in flats, whereas New Yorkers reside in apartments. There are a lot more instances than we can list here. The majority of Americans and Britons, fortunately, can typically infer the meaning from the context of a statement.

There are two verbs used in English to show that you possess something, especially when speaking. They are "to have" and "have got"

Both British and American English accept both forms, however, Brit speakers prefer the use of "have got" while Americans speakers use "have" in their sentences. 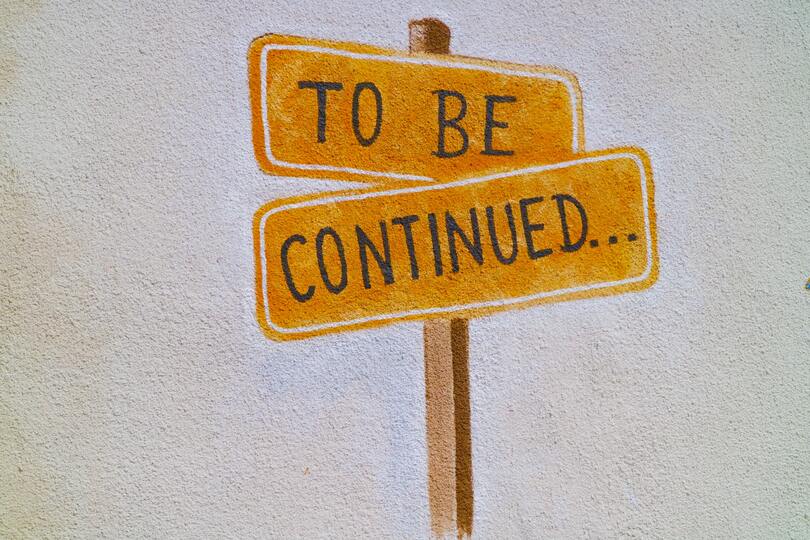 It Is Still English

English spoken in the United States and the United Kingdom is quite similar. We believe the distinction between British and American English is often overstated. If you can comprehend one style, you ought to be able to comprehend the other style.

Most British and American citizens can communicate with one another without a language barrier, with a few exceptions for regional accents. You can use movies to help you distinguish between so many English accents if you are interested in this topic!