It's that time of year. In many countries around the world, families and schools are preparing for their holiday festivities.

If you've ever spent time in Europe, the US, Canada and many more countries, you know how festive these next few months are. From decorations, to special holiday foods, to fun family traditions, niche English vocabulary suddenly comes out. What is tinsel, you ask? How do you wish someone well in English?

Don't worry! Today, we're going to look at English vocabulary that will be super useful for you during this time. 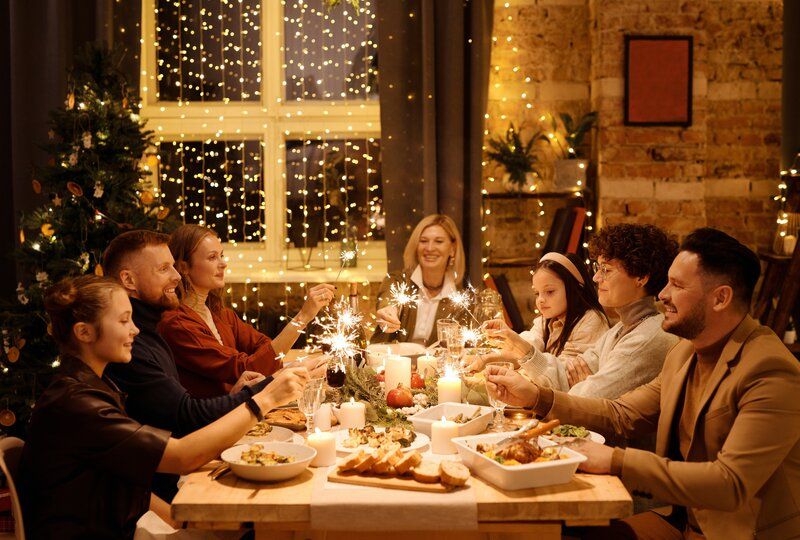 What are some common party words in English?

Not all holidays are parties, but many holiday celebrations include a party. Friends and family come together to eat, drink and be merry.

So what are some common words you'll hear at a party?

Hors d'oeuvre - (pronounced in English as awr durvz).This might not sound like an English word to you. You'd be correct. It's French for ""outside the work". English speakers took the word from French and still use it for the small bits of food you might see at a gathering. These are usually the starters (appetizers) before a main meal.

A toast - Here, a toast is not a slice of bread. Instead, it means the small speech someone might make to honor another person or people. For example, at a wedding the father of the bride might make a toast to the happy couple.

Cheers - Almost every language has a word to say as you clink drinks together. In Italian, it's cin cin! In Korean, it's konbae 건배. Whether it's in the UK or America, English speakers will say Cheers! as a celebratory action before taking a drink.

RSVP - This one is an abbreviation for another French phase, "Repondez, s'il vous plaît." It translates to "Respond, if you please". It's often found on Facebook invites or invitation letters. The host will ask their guests to RSVP, that is, to say whether or not they will be joining the event. 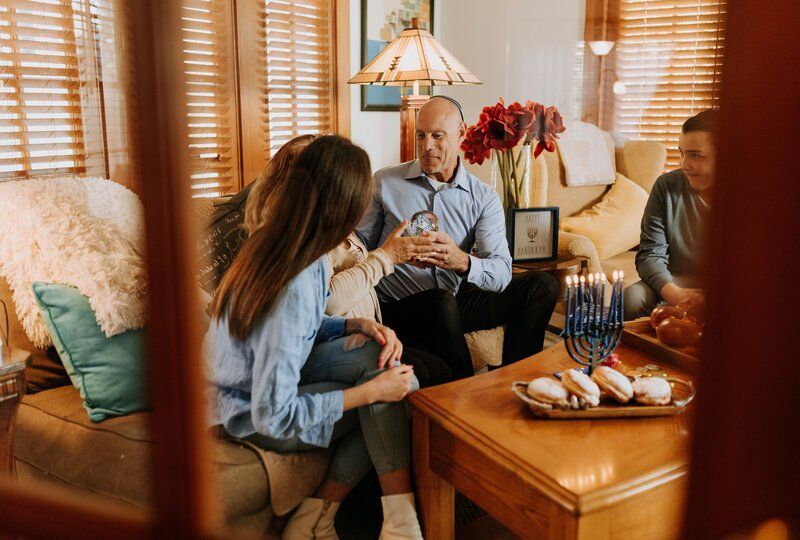 December is full of holidays--Christmas, Hanukkah, Kwanzaa and more!

As the winter draws in, many places all over the world celebrate winter holidays. In predominately Christian countries, such as in Europe and North and South America, Christmas is a major holiday. Meanwhile, people in those countries and all around the world celebrate a variety of other holidays, like Hanukkah, Kwanzaa, Yule, Soyal, the Winter Solstice and many more!

Today, we won't spend too much time explaining each holiday. You probably celebrate one of these yourself (and if not, you are likely familiar with most of these!). Instead, we're here to teach you English holiday expressions and vocabulary so you know what something is called in English.

Advent calendar - an Advent calendar is a calendar used to count down to Christmas. 'Advent' is Latin for "coming." What makes it different from a normal calendar? There is a box for each day. You open the box and inside there is a chocolate candy!

Candle - a long block of wax surrounding a wick. You can light it on fire, providing light, warmth and sometimes fragrance.

Caroling - Caroling is the practice of singing Christmas songs from door to door. For some common Christmas carols, here's a video.

Chimney - A chimney is the long tunnel or channel where the smoke from a fire goes out a house. In Christmas stories, it's where Santa comes down to deliver presents for children.

Dreidel - A dreidel is a four-sided spinning top often played during the Jewish holiday of Hanukkah. It has a Hebrew letter on each side. It's a way for Jewish people to study the Torah and practice Hebrew. You can spin a dreidel on Google!

Feast - A feast is a giant meal or dinner. Many holidays around the world involve a big feast.

Garland - A garland is a long, thin trip of decoration meant to resemble Christmas trees or plants.

Gingerbread/Gingerbread house - Gingerbread is a traditional food for Christmas and other winter holidays. It's made of dark brown sugar and molasses. Many people make cookies out of it and sometimes even whole houses.

Holly - Holly means two things. 1) a Christmas plant with green leaves and red berries. 2) to be happy or joyful.

Ornaments - Ornaments are the decorations you use to dress up a Christmas tree. They are typically round and in the Christmas colors, red and green, but they can also be any kind of trinket or cute thing.

Jingle bells - These are bells that make a ringing sound. It's associated with the popular Christmas song, Jingle Bells.

Karamu - The last day of Kwanzaa, in which you have a big dinner and open gifts.

Kianra - This is the candleholder where you put candles to light for each day of Kwanzaa.

Menorah/Hanukiah - A menorah is a sacred object and symbol for Jewish people and Judaism. It's a candleholder with 7 spots. A Hanukiah has 9 spots for candles (1 is taller than the others) and is used during the Jewish holiday, Hanukkah, to light a candle each night of Hanukkah.

Merry - Merry means to be happy or joyful.

Mistletoe - Mistletoe is a white and green plant. People traditionally put it over their doors. The old tradition states that if you and another person end up standing under the mistletoe, you must kiss.

Poinsettia - the poinsettia is a beautiful red and green plant commonly used for decoration in Christmas.

Potluck - A potluck is a big dinner where each family or person brings a dish. It's an easy way to make a big feast without leaving all the cooking to one person!

Rudolph the Red-Nosed Reindeer - This is a common Christmas story told to children about Santa's reindeer who helps save Christmas with his bright red nose. There was even a whole movie about it! These days, you might hear songs referring to Rudolph or a reindeer (which is an animal that is a caribou and similar to a deer.)

Sleigh - the vehicle, usually wooden or plastic, that lets you ride on top of snow and ice. These are the big ones that are usually led by horses. A sled, on the other hand, is a small one you can use to go down hills.

Solstice - The Winter Solstice happens once a year for each hemisphere. For the Northern hemisphere, it lands on December 21 or 22 while for the Southern hemisphere, it's June 20 or 21. It marks the longest night of the year. For many, it is a time of spirituality, renewal, and hope for longer days to come.

Saturnalia - Saturnalia was the ancient Roman festival and is closely linked to our Modern Christmas. Many of the traditions people celebrate today came from this ancient holiday .

Tidings - this word means news or information. It's commonly used as a set phrase: "good" or "glad tidings." It's an old-fashioned way of saying you have good news or joy to share with someone.

Tinsel - Tinsel are long, thin, colorful strips used to decorate the house and mimic the appearance of ice. Here's a picture!

Yule - Yule is often synonymous with Christmas, but it can also refer to the ancient Nordic and Germanic pagan celebrations during the Winter Solstice. In songs, you might also see the holiday season called "Yuletide." 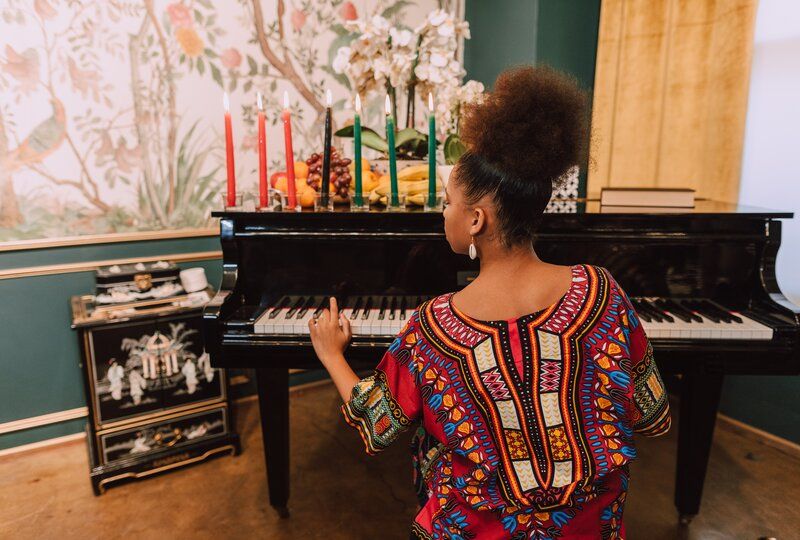 How to Wish Someone Well This Holiday Season...in English

English can be a little strange. Most of the time, you can use "Happy" to wish someone well during the holidays--with one exception.

Merry Christmas! - This is the classic expression to say to someone who celebrates Christmas. In fact, it's so common to say "Merry" that saying "Happy Christmas" sounds quite odd to American ears. But some British people, including the British Royal family, say "Happy Christmas." Just another one of those differences between British and American English.

Happy Hanukkah! - For those who celebrate the Jewish holiday of Hanukkah, this is how you can wish them well! Keep in mind, while Hanukkah is an important holiday, it's not the biggest one in the Jewish calendar.

Happy Kwanzaa! - If you know someone celebrates Kwanzaa, Happy Kwanzaa and Joyful Kwanzaa are the most common expressions. You might also greet someone with ""Habari Gani!" which is Swahili for "What is the news?"

Happy Solstice! - For some people, the Winter Solstice (the longest night of the year) on December 21 is a very spiritual time.

Happy Holidays! - This phrase is as classic as it is versatile! We use this when we're unsure what holiday someone might celebrate. It covers all the holidays and New Year's Day too. 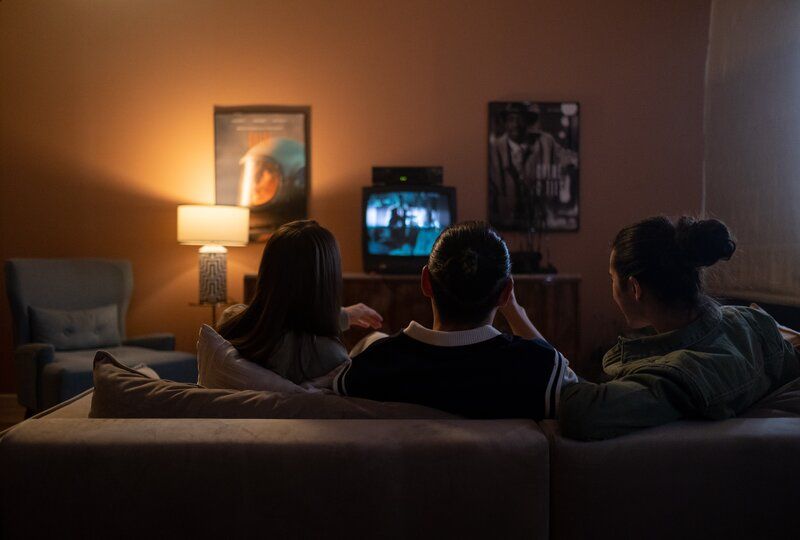 We've talked before about how movies are a great tool to learn English and study English accents.

If you're curious about some of these traditions, foods, and decorations that we've discussed, try watching one of these movies:

Eight Crazy Nights
This animated Hanukkah movie stars none other than comedian, Adam Sandler. Don't let the fact it's animated fool you--as to be expected with Adam Sandler, prepare for toilet jokes and raunchy humor fitting for a PG-13 movie.

The Black Candle
This movie is the first feature film about Kwanzaa. This documentary discusses the holiday's roots in the Black Power movement in the 1960s and how it manifests today, as a global holiday celebrated by over 40 million people around the world. If you're interested in learning more about Kwanzaa or exploring its role in African American experiences, this is the choice for you.

The Polar Express
My Korean students loved this film. This animated classic features Tom Hanks and explores the idea of a young boy who accidentally hops on the Polar Express--the train destined to take young children to the North Pole on Christmas Eve.

The film is exciting and perfect for all ages. As a Christmas movie, it's a great choice because it features many of the sights and sounds you've learned the English words for in this article already--jingle bells, hot chocolate, eve, to name a few. 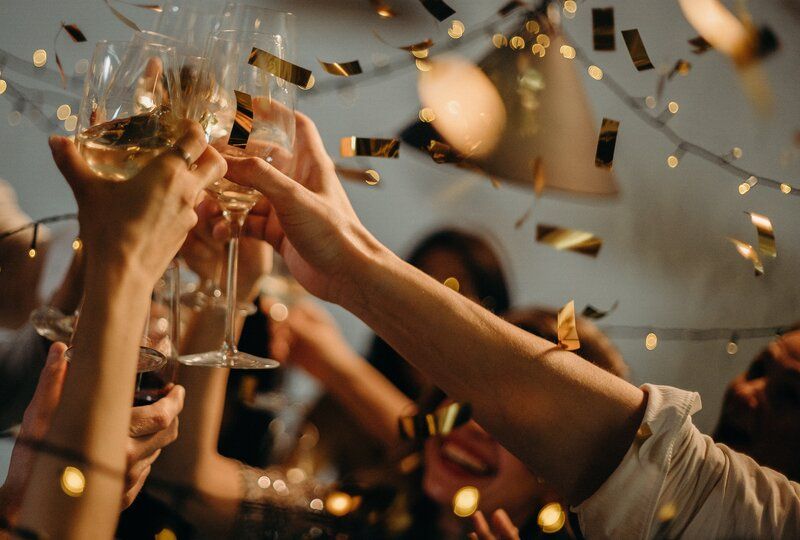 How far will your English go in the New Year?

You probably are familiar with the last holiday we'll discuss today--it's the first thing in January: The New Year!

Here's how to name the common traditions you find in many countries celebrating the end of the year:

The ball drop - this is a tradition in many cities around the world but most famously in New York. In Times Square, a giant ball will drop at midnight, marking the end of the passing year and the beginning of the new one. You can watch a video of it here.

Countdown - the countdown is what you might guess--the literal counting down to the new year.

New Year's Resolutions - do you ever make any new goals or wishes for the New Year? Maybe to start going to the gym or to learn a new language? In English, we call these "resolutions."

Which one is your favorite phrase or expression? Do you have any New Year's resolutions? Ask your friends, and at the next holiday party, impress your friends with your English knowledge.