When learning Chinese, the idioms known as "chengyu" can be difficult to learn, memorize, and use correctly. There are hundreds and thousands of them! One of the best ways to master chengyu is to associate them with memorable things, such as the iconic animals of the Chinese zodiac.

Learning how to use idioms is also a great way to strengthen your knowledge of characters and get more insight into Chinese culture. Animal idioms in any language are particularly great for learning about all kinds of folklore. In English, we have all kinds of sayings like "sly fox" or references to "The Tortoise and the Hare". What kinds of animal sayings does Chinese have?

Below, you'll learn about one idiom for each animal. You'll even see a few example sentences for each, so you can get a sense of using the phrase in context. Let's get started! 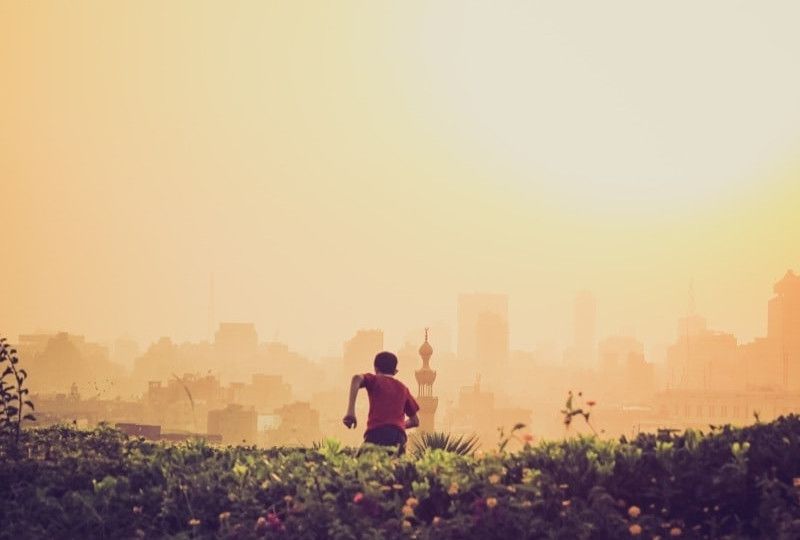 Photo by Linh Nguyen on Unsplash

This phrase means to cover your head and scurry away like a rat. It means to run away in disgrace, kind of like the English saying of fleeing with your tail between your legs.

Kuai Tong was a strategic counselor to the war general Han Xin during the Chu–Han Contention. To persuade the general to betray the King of Han, Kuai Tong told him a story of the King of Changshan who, after suffering a shameful defeat, returned to the King of Han carrying the head of someone he killed.

So even though nowadays this idiom refers to holding your own head in humiliation, it originally referred to holding someone else's head. Gruesome! 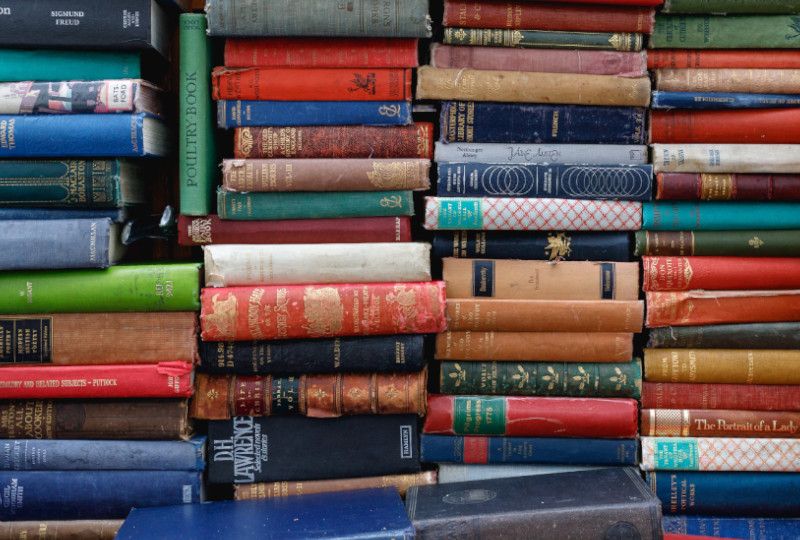 Photo by Ed Robertson on Unsplash

If you're an avid reader, this one's for you. This chengyu is used to describe having an incredible amount of books! The literal translation of this phrase is roughly: making an ox sweat, filling a house to the rafters. That's quite the collection! 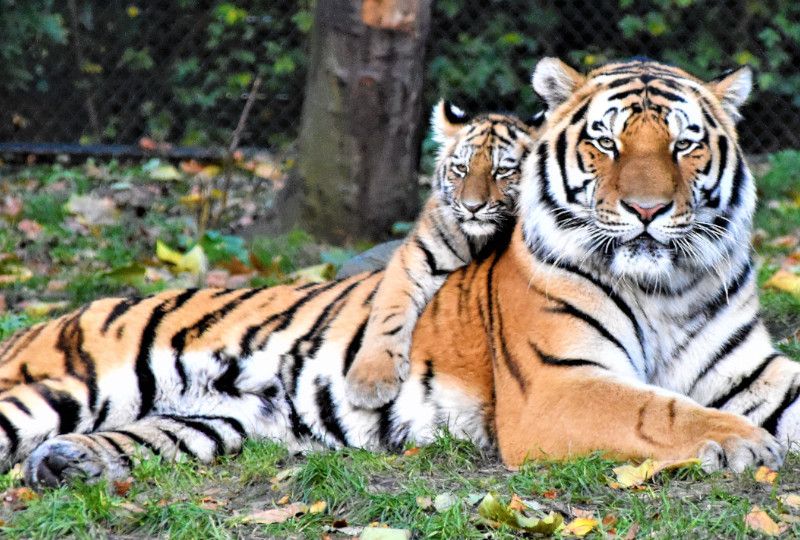 Photo by Waldemar Brandt on Unsplash

This phrase is pretty illustrative for a tough dilemma or sticky situation. When you're riding a tiger, it's hard to get off!

这让他骑虎难下。
zhè ràng tā qíhǔnánxià
This put him in a tough dilemma.

A hunter climbed a tree to escape a hungry tiger, but the branch broke and he ended up on the tigers back. As the tiger ran around frantically, everyone thought the hunter was so incredible, but the hunter could only think of what a bad situation he was in, with no way out! 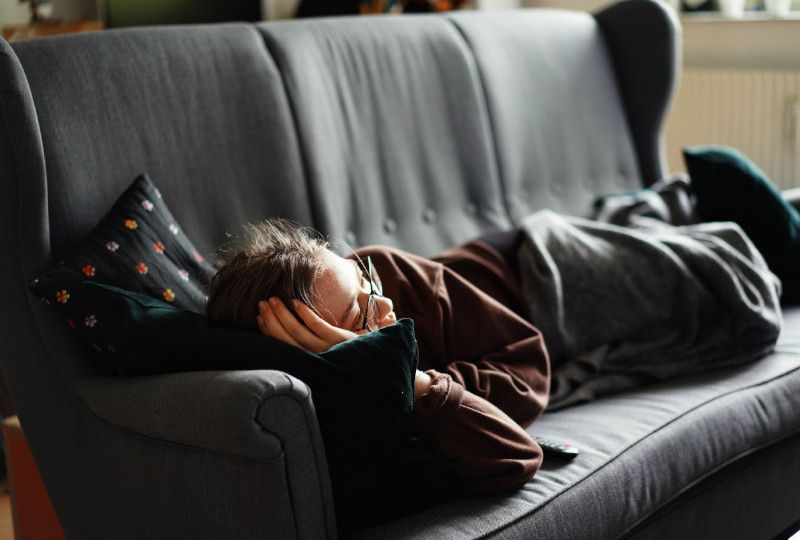 Photo by Adrian Swancar on Unsplash

This idiom means to wait for fortune to fall into your lap (often foolishly). Waiting for success to happen to you, waiting the solution to appear, and so on.

A Song Dynasty farmer saw a rabbit run into a stump, accidentally killing itself. Afterwards, the farmer would put aside his tools and stop working, instead waiting by that stump and hoping that another unlucky rabbit would do the same. But of course, it never happened again. 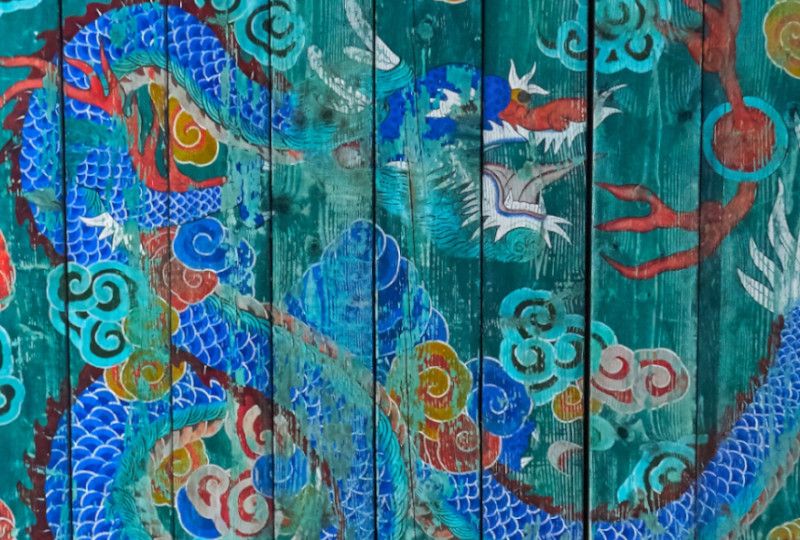 Photo by Mathew Schwartz on Unsplash

This chengyu means to paint a dragon and dot the eyes, meaning to add the finishing touch! It refers to that final, crucial addition that makes something perfect.

The painter Zhang Sengyou completed a painting of four dragons, but he left out their pupils. He warned that if they were added, the dragons would fly away. Ignoring this, someone painted in the eyes on two dragons. There was a clap of thunder, and those two came to life and flew away into the painted sky. 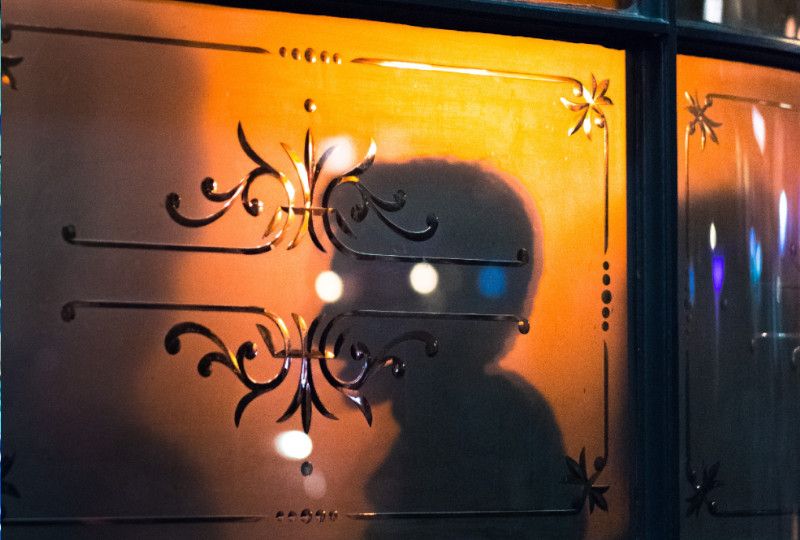 Photo by Craig Whitehead on Unsplash

This idiom literally means to see a bow (like a bow and arrow) reflected in a cup as a snake. This describes being incredibly fearful, stressing about imaginary fears! Have you ever seen the shadows and silhouettes of branches and thought they were monsters?

A man named Yue Guang invited a friend to his home for drinks. The friend saw a small snake in his cup, but wanting to be polite, drank anyway. He went home, and felt ill thinking about the tainted drink. However, the next time he was invited over, he realized it wasn't a snake, but the reflection of an archer's bow hanging on the wall! 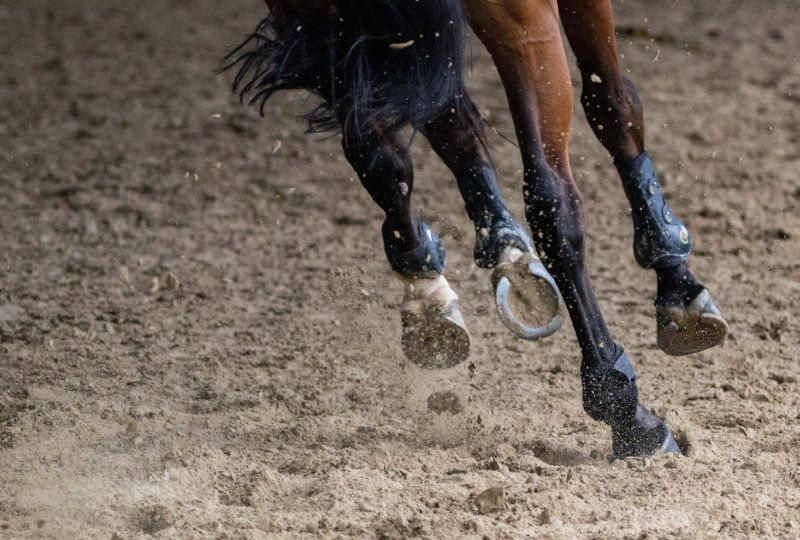 Photo by Philippe Oursel on Unsplash

Have you heard anyone use the English phrase to work like a horse? This is like the Chinese version! It means without stopping, like a horse that doesn't stop to rest. 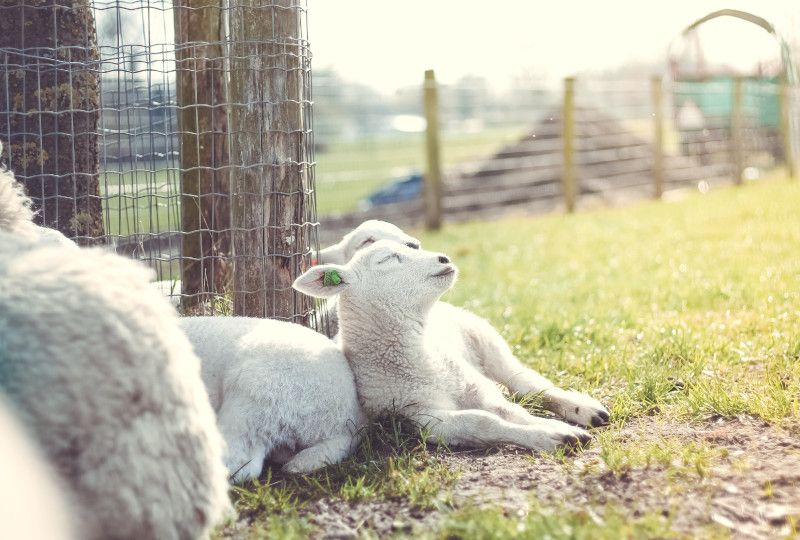 Photo by Erik-Jan Leusink on Unsplash

This chengyu literally means to fix the pen after losing the sheep. Figuratively, that means that you can still take action even after something negative has happened. In other words, better late than never! 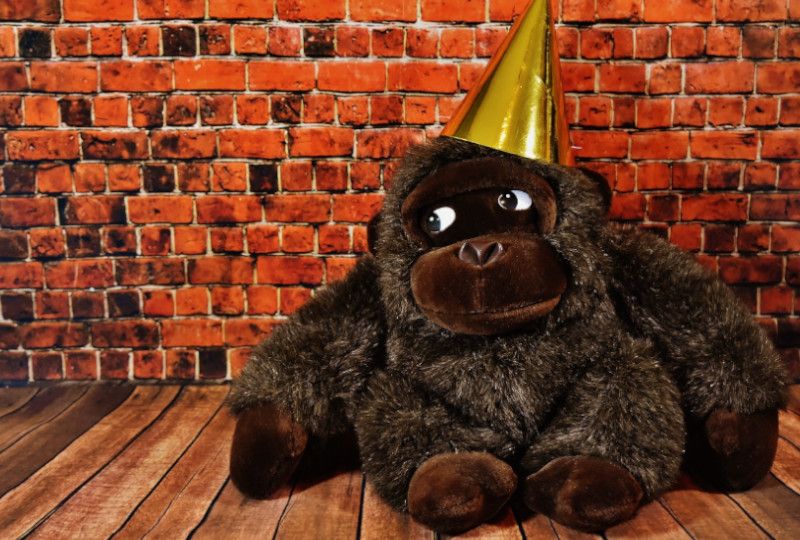 This idiom literally means an ape with a hat, meaning worthless person wearing imposing attire. (Kind of rude for the apes!) It's a bit like the English phrase of putting on airs, or maybe a poser.

Xiang Yu, the ruler of Western Chu, went to Xianyang, the capital of Qin, and conquered and plundered the palace. Instead of establishing his own capital in Xianyang, he insisted on returning to his homeland to show off his wealth and winnings. Someone criticized this behavior, likening Xiang Yu to an ape wearing a hat. Xiang Yu overheard this, and sentenced the man to death by being boiled alive. 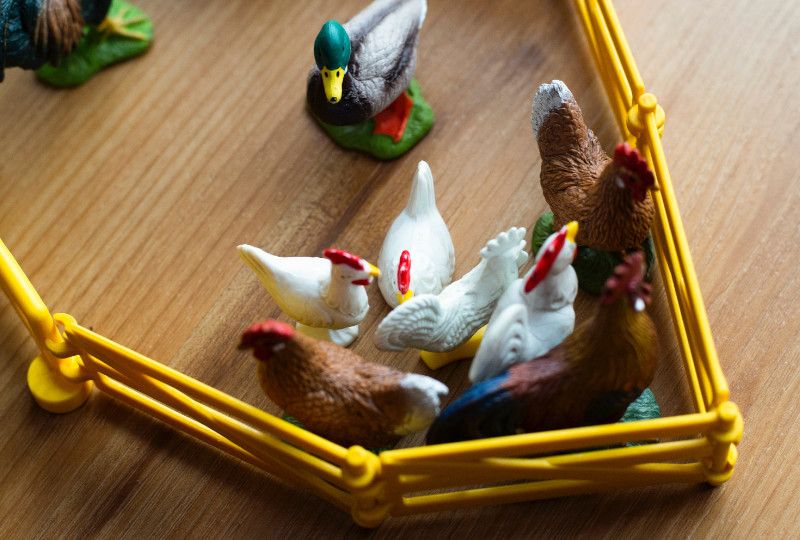 Photo by Markus Spiske on Unsplash

Every culture has an abundance of ways to insult people. In English, we might say someone is as dumb as a rock, not the sharpest knife in the drawer, and so on. In Chinese, this phrase means as stupid as a wooden chicken, used to describe being dumbfounded. 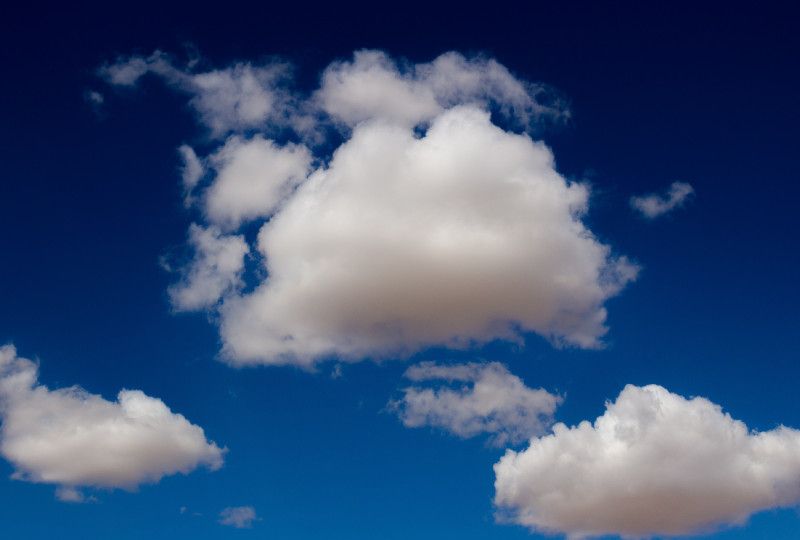 Photo by Dallas Reedy on Unsplash

The translation of this chengyu is white cloud, gray dog—just imagine gazing up at the sky, and watching a cloud take the shape of a dog. It refers to unpredictable change. 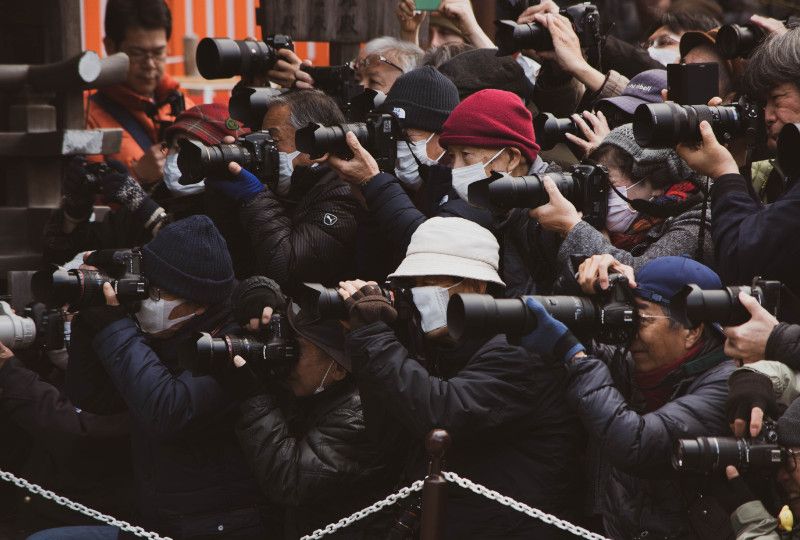 Photo by Zeg Young on Unsplash

We're ending this list not with a four-word chengyu, but with a full phrase! It translates to: people fear becoming famous and pigs fear fattening up. It's a somewhat sober warning about the price of fame.

For lovers of classic literature, this line is mentioned in the famous Chinese novel, Dream of the Red Chamber by Cao Xueqin:

One Animal Can Have Countless Idioms

Keep in mind that each of these zodiac animals has a ton of associated chengyu. For instance, according to the Chengyu online dictionary, there are around 300 horse-related idioms! Here are just a few more examples:

Animal Idioms Beyond the Zodiac

Of course, there are many more animals beyond the twelve in the zodiac. If you enjoyed learning these idioms so far, you can keep using this tactic with all kinds of animals!

鱼与熊掌
yúyǔxióngzhǎng
One or the other (literally: fish and bear's paw)

瞎子摸象
xiāzimōxiàng
Not see the forest for the trees (literally: blind men touch an elephant)

And of course, both zodiac and non-zodiac animals may show up together in the same chengyu.

照猫画虎
zhàomāohuàhǔ
Copy in form but not in spirit (literally: look at a cat, draw a tiger)

前怕狼，后怕虎
qiánpàláng, hòupàhǔ
Full of fears (literally: fear the wolf in front and the tiger in back)

Now you're armed with all sorts of new chengyu, their meanings, and examples of how to use them. Think about what kind of conversations and situations you might want to slide one in there! Also, take some time to think about other groups besides animals that you might want to use as a learning aid. For example, you could learn different chengyu based on numbers, on foods, or on the characters in your Chinese name!

Mastering chengyu will take your Chinese to the next level, both in spoken language and in written language. They're also super helpful if you're interested in Classical Chinese. If you need some more refreshers on how to use chengyu, you can check out this Speechling guide to chengyu.