The 2020 Tokyo Summer Olympics were delayed due to the Coronavirus pandemic, but now the games are raging on. While the world tunes in to watch spinning gymnastic leaps, graceful swimmers and even the newly-added skateboarding, you too can watch--but not just for entertainment! The Olympics provides a fantastic opportunity to learn new vocabulary you can use right now.

That's right--you can use the Olympics to improve your English.

Most people are familiar with the Olympics, but if you aren't, it's a giant worldwide event that involves 206 countries, 33 different sports and 11,000 top-tier athletes.

Whether it's volleyball, archery or fencing, you can be sure to find something that'll suit you. Almost every country participates, so you can cheer for your own home team!

With an event as big and international as this, there's no doubt it makes for a great English learning tool. After all, watching the Olympics is something you have in common with tens of millions of people!

Read on to learn more about how watching the Olympics can actually improve your English. 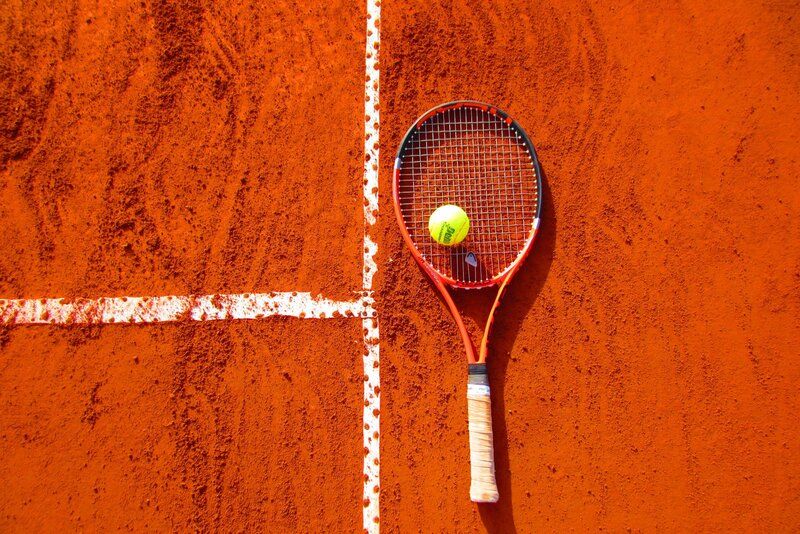 The Olympics is full of incredibly popular sports but also some niche ones as well. Each sport has its own rules and terminology--which means it's time to learn some new vocabulary!

Jasmin told us before about some sports expressions have changed English forever. You'll find that a lot of these terms might seem specific, but are actually often used in English idioms (common expressions that can't be taken literally) all the time! Learning these terms can boost up your English and help you sound more natural.

This is also a good time to review our ordinals--that is, numbers in a list. For example, we can't say a gold medalist won "one place." We should say they won "first place."

Alright, without further ado, here are some Olympic English words that you should know:

Contestant - an athlete participating in the games.

Coverage - the videos, news and analysis of the games.

Doping - the act of using illegal drugs such as steroids to enhance your performance.

Facilities - the buildings where the games take place.

Host city - the place where the games are hosted. These change every time, and currently it's set in Tokyo, Japan!

Medalist - an athlete who has won a medal (gold, silver or bronze) in a competition.

Opening/Closing Ceremony - the games start and end with a ceremony presenting all the countries.

Qualify - to meet the requirement.

Spectators - the people watching the event. This year, due to the pandemic, there are no spectators allowed in to watch the games.

Sponsor - the company or brand that gives an athlete or team money in exchange for wearing their logo or promoting their products.

Sportsmanship - honesty and fairness in a competition.

Stamina - the energy or power one has for a long period of time.

Tryouts/Preliminaries - the test an athlete must pass to be able to compete.

There are many more words you can learn--for example, tennis alone has its own long list of specific words.

Maybe you're thinking, "When will I ever use these?" Fear not! Here are some ways to put these words into practice. 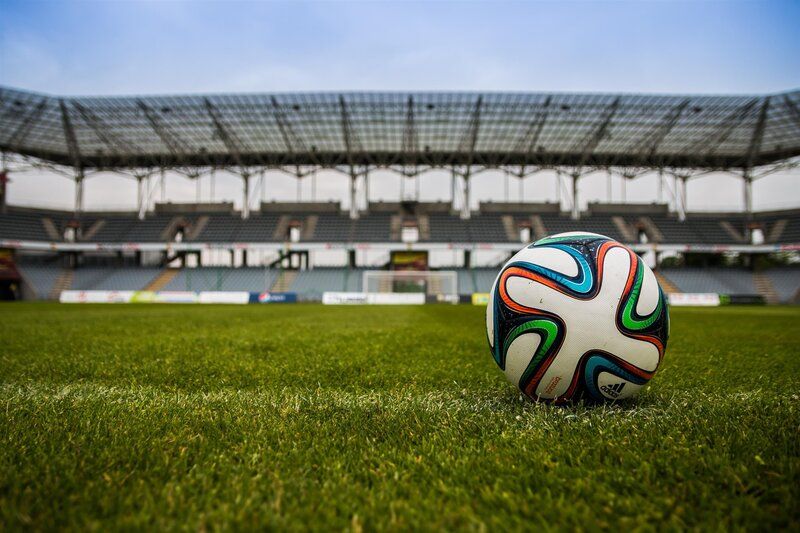 Engage With the Olympics by Watching in English

There's no better way to study than by intaking English over and over. As Jasmin says, you have to get high levels of listening for the target language to stick.

Treat the Olympics like you treat the news. You can read, listen or watch coverage (remember this one?) by using your favorite news channel. If you're not sure where to start, try checking out Google News, NBC's broadcasts or finding videos online.

Watch videos where broadcasters are commenting on the competitions, whether it's in real time or on replay. They will almost definitely use some sports vocabulary like the ones we just learned, so active listening is super important here!

Here's what to do:

It's important to choose coverage from the country and accent you're most interested in. US and UK broadcasters will have very different accents. Even the words they use will be different (for example, "soccer" in the US versus "football" in the UK.) Pronunciation varies a lot across the world, so focus on one for now! As Maria says, you can always practice other dialects later on!

Now let's look at another way to learn English using the Olympics. 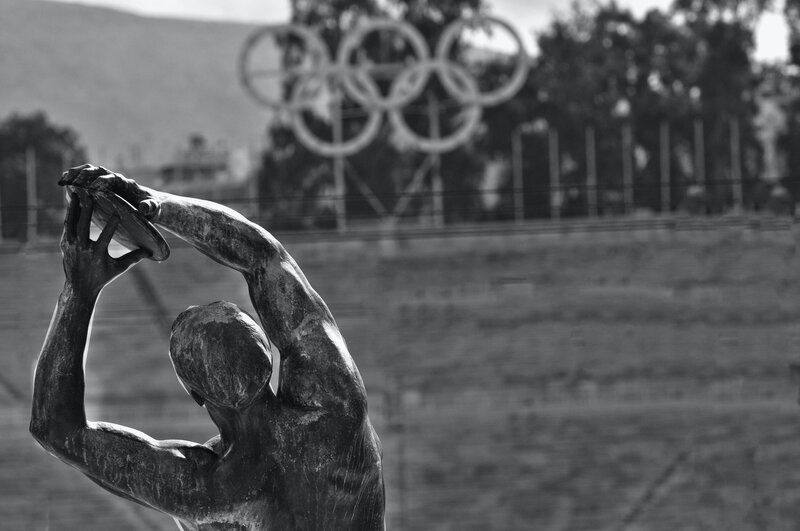 Read up on the Traditions

The Olympics have been going on for a very long time. The earliest games were over 2,000 years ago!

The first "modern" Olympic game was set in Athens in 1896. These early Olympics were nowhere near as intense as the current competitions. Athletes these days are bigger, faster and stronger than ever before.

Because the games have been around for so long, they are a staple of modern society. There have only been 4 times the games haven't taken place in their given year--because of World War I, World War II (twice) and the COVID pandemic. It's hard to imagine the world without the Olympics every four years.

Because there is such a rich history, the Olympics becomes a great reading practice. For example, want to know more about why some believe the Olympics in Japan are cursed? Or what about the strangest Olympic marathon ever?

You can also use this to read up on Olympic traditions. The most famous is the lighting of the torch, a long process which starts in Greece and travels to wherever the host city is. They begin the relay (handing the flame over to another person, and then another) and finish it during the Opening Ceremony.

With these articles and your own research, you can find plenty of great reading exercises to improve your English.

Now, here's what to do while reading:

Between active listening and reading, you will have a great toolset for building your vocabulary and practicing your English!

Now, you're reading for the next step: 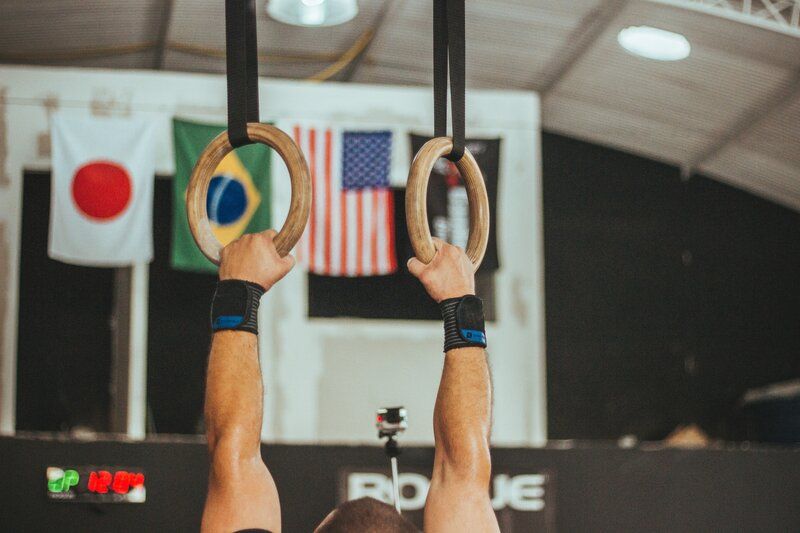 Start Talking About the Olympics

One of the beautiful things about the Olympics is that it involves everyone. Millions of people are watching it, so you can surely find someone who's interested in it.

This is a great opportunity to improve your English by talking about the games with other people! Use your sports idioms and new vocabulary to impress your English-speaking friends.

Practice with your friends, tutors, social media or even online forums. Almost everyone, everywhere, is talking about the games--especially their own country's teams. Even if someone's not interested in one sport, like rugby, you can often find something else to connect over.

For example, the most popular summer Olympic sport is gymnastics. Even if you know nothing about gymnastics, people love watching it. Use this as a great chance to discuss favorite athletes, close matches and exciting wins (or terrible losses). 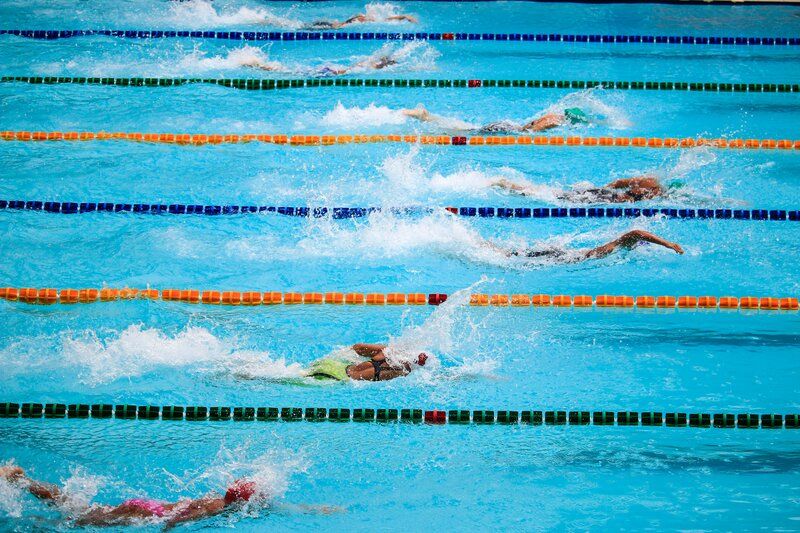 After reading this, now you know how to read, listen and talk about the Olympics. Now all you need is to go forth and do it!

Whether you're a sports fanatic or not, the Olympics is simply too big to miss out on. The world is watching together, so you too can share your thoughts, hopes and love for your country or favorite sport--all in English!

Thanks for reading and happy watching!