We’ve said it before and we’ll say it again: a great way to learn Japanese outside of a Japanese language course is to listen to Japanese music! No, you can’t replace a regimented Japanese language course or self-study with music (that could give you a skewed idea of spoken Japanese), but it makes a great companion to your regular studies. Japanese popular music uses lots of varied vocabulary, slang, unconventional grammar and sentence structure. It can even help you bond with other Japanese speakers!

Lyrics in any language are full of emotional hyperbole and stylized phrasing you’re less likely to hear in your day-to-day life. Luckily, we’re here to help point out some of the most common lyric snippets and their meanings to help you learn Japanese through music. But first, let’s answer this burning question: what’s up with all the English in Japanese music? 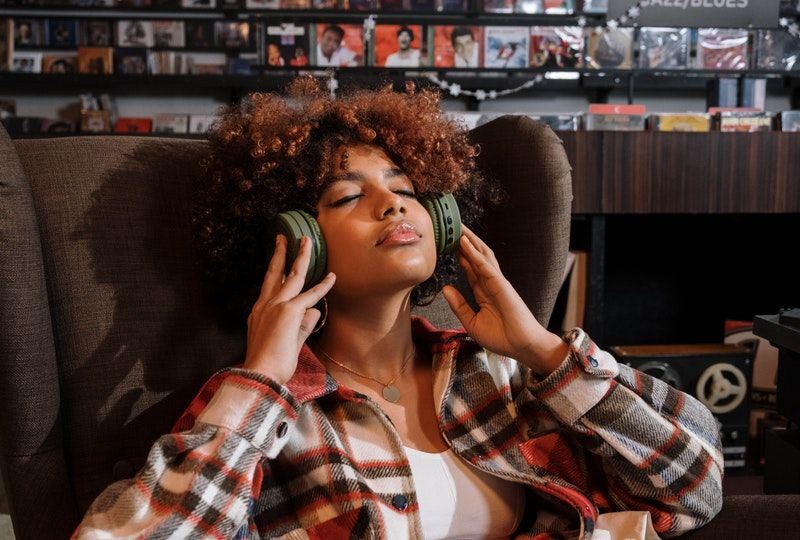 Why All the English in Japanese Music?

It’s hard to find a single answer to explain the prevalence of English in Japanese music. One theory is that it’s due to the Western influence on modern Japanese artists. Another theory is that some English words just make music sound cooler.

In support of the first theory, English lyrics weren’t common until the past few decades. That’s when Jpop and Jrock really started to take off with heavy influence from Western artists such as The Beatles and Michael Jackson. The first Japanese rap groups performed exclusively in English—it was thought that Japanese wasn’t a good language to rap in. This has since changed, with Japanese fitting into a rappable flow through the heavy use of slang and creative grammar structure/stressed syllables. So, the English common in Japanese music is likely due in part to Japanese artists taking notes from and emulating their favorite Western artists.

And the second theory? Japanese artists use English to help maintain a musical flow, show off, or just because the artist thinks the word itself sounds better in English than Japanese. We all have our favorite words in Japanese, and Japanese artists probably have a few favorite English words too! Perhaps the truth is a bit of both; Japanese artists used English to honor their musical influences, then the trend took off, and now English (albeit often mispronounced) is a mainstay of Japanese popular music. 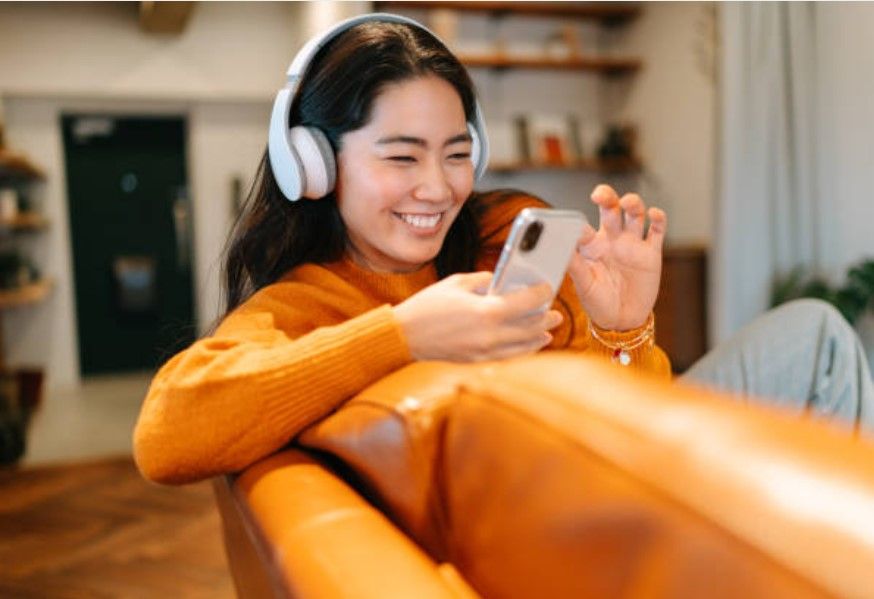 Learn Japanese Vocabulary through Music: Top Words to Listen For

Of course, you’re not here to learn English! Don’t worry—Japanese contains tons of actual Japanese as well, especially romantic and slang phrases. Here are a few words to watch out for, some of which might not come up very often in your Japanese language course.

So many songs are about love: new love, old love, losing love, the list goes on. And there are as many ways to talk about “love” as there are songs, with different words used for different kinds of love.

One of the most common ways to say “I love you” in song is to use “ai shiteru” to express romantic love, like in the song “Give me Love” by AOA ft. Takanori Nishikawa. “Ai shiteru” is more of an over-the-top expression used to heighten the emotion in a song, and we wouldn’t recommend using it to confess to your sweetie—they might think it’s a bit cringey, especially because effusive declarations of love run counter to traditional Japanese culture.

Keep an ear out for any other “-tai” uses in the songs on this list. But be careful; not all words ending in “-tai” express a desire. For example, “itai” (痛い) means pain, and is something you’d say after stubbing your toe.

Dokidoki is a Japanese onomatopoeia, a word meant to imitate a sound. Unlike in English, there are different classes of onomatopoeia in Japanese. We aren’t going to get into that here, but you can find an article explaining those groups in more detail here, along with a more in-depth look at the meaning of “dokidoki.” A quick and dirty rule, though: if you’d expect to see the word as a sound effect in an anime or manga, it’s probably an onomatopoeia.

“Dokidoki” is onomatopoeia for the beating of your heart, often due to nerves. Your heart can beat faster because you’re hiding from a monster, you’re about to make the winning goal in a soccer game, or because your crush just confessed their feelings to you. See if you can figure out why the girls in Babymetal have their hearts beating faster in “Dokidoki Morning.”

Kokoro means “heart” in the emotional sense—not the physical object, but the encompassing of your mind, body and spirit. It has some similarities to the term “soul.” If you wanted to tell someone they have a “good heart,” meaning they’re a good person, you would use “kokoro.” Check out “Kokoro no Placard” by AKB48 to see if you can tell the difference.

Emotions are everywhere in music, and “shiwase” is one of the more common ones. Ureshii (うれし), another word meaning “happy”, and kanashii (かなしい ), meaning “sad”, are some other common emotions you’ll encounter both lyrically and casual conversation. To help you understand why one “happy” may be chosen over another, have a listen to CHiCO’s Shiawase and Frederic’s Kanashii Ureshii. Once you've mastered the basics, seek out other music with more complex emotions (like “haji wa kashi” (恥 は ずかしい) “shy” and “futokoro natsu kashī”
(懐 なつ かしい) or “nostalgic.”

Literally “to do a mind/feeling,” “ki ga suru” would be used the way “to have a feeling that” is used in English. There are many expressions using “ki,” which, like “kokoro,” emcompasses feelings, psyche, heart, and mind. See if you can pick out the use of “ki ga suru” in Hanbāto Hanbāto’s song “Preparing to move,” and watch for other “ki” phrases in the rest of the music on this list.

Used on its own, “tachi” has a similar meaning to “etc.” in English. However, tachi is really meant to pluralize the words it follows. For example, “omoide” means memory, but “omoide tachi” means memories.

This can be found in Hikaru Utada’s song “Heart Station.” Be careful, though; tachi isn’t applicable to just any singular word. Typically, tachi is only applicable to words relating to people and/or animals. It denotes the feeling of a group. 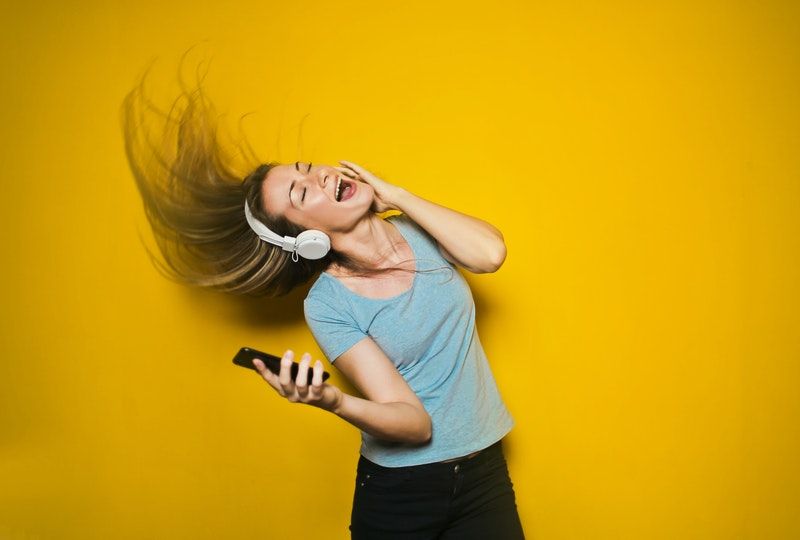 Sing Out Your Japanese Vocabulary!

Now that you know some ins and outs of Japanese lyrics, it’s time to get out there and start listening (singing) and learning Japanese! For more Japanese music, don’t forget to check out our article on the Best Karaoke Songs to Learn Japanese.

Remember, while music is a fun way to help learn Japanese, it’s no replacement for a Japanese language course or planned independent study! If you want to learn Japanese, check out some of our other articles about Japanese, including Japanese loanwords and the nuances of Japanese numbers and counting. Plus, don’t forget to make use of our online tools, including a free audio dictionary and free vocabulary flashcards. So enjoy the music, and with Speechling's help, you can reach your language-learning goals even faster!