Take a step outside in Korea, turn on the television, or scroll through instagram, and you'll be confronted with a common theme: food, food, and more delicious food. This isn't surprising. The culture of eating is hugely significant in most countries, especially in South Korea. Korean meals bring people together and are centered around long-standing tradition and community.

So naturally, when you're visiting Korea or learning to speak Korean, food and restaurant phrases will be some of the first you'll want to learn. After living in Korea for several years, my Korean ability is intermediate, but I am definitely proficient in one thing: ordering delicious Korean food.

If you want to learn Korean in a way that's both memorable and mouthwatering, put away your textbook and let's talk about food! 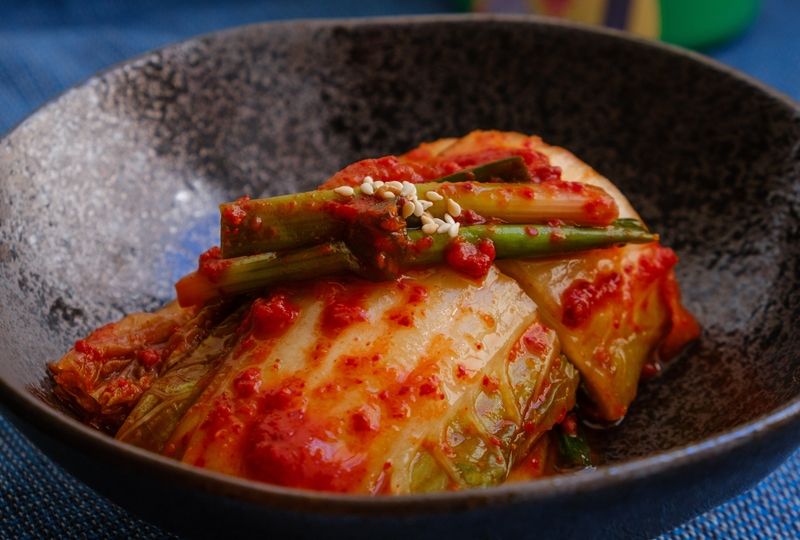 The Appeal of Korean Food

Just why has Korean food become so popular, not only in Asia, but worldwide? The presence of Korean food outside of Korea itself is indicative of the ever growing Korean wave. Fusion Korean tacos and burgers are exploding on the foodie scene. Traditional style Korean restaurants are also gaining traction.

You may be able to attribute the increasing number of Korean restuarants to the nutritional benefits of Korean food. The staple of the Korean diet, kimchi, along with other fermented dishes has proven to have a number of health benefits. Furthermore, Korean meals are very vegetable centric. Koreans typically prepare meals using healthier techniques, such as grilling, stir-frying or stewing foods.

On a deeper level, Korean food has a spiritual connection to the earth. South Korea has four distinct seasons; and seasonal dishes are created with various ingredients from the mountains, rivers and sea. A Netflix episode of Chef's Table even featured a prominent Korean monk, Jeong Kwan Sunim. I personally have visted Jeong Kwan's temple, where I learned to honor the traditional Korean food we were served. It was a life changing experience.

So as you can see, eating at a Korean restaurant is not only delicious, but also representative of Korean culture itself. You might already know some Korean slang about food, but do you think you can navigate the process of ordering and eating in Korean? If not, you're in luck. Just follow our ulitmate guide to ordering in a Korean restaurant. 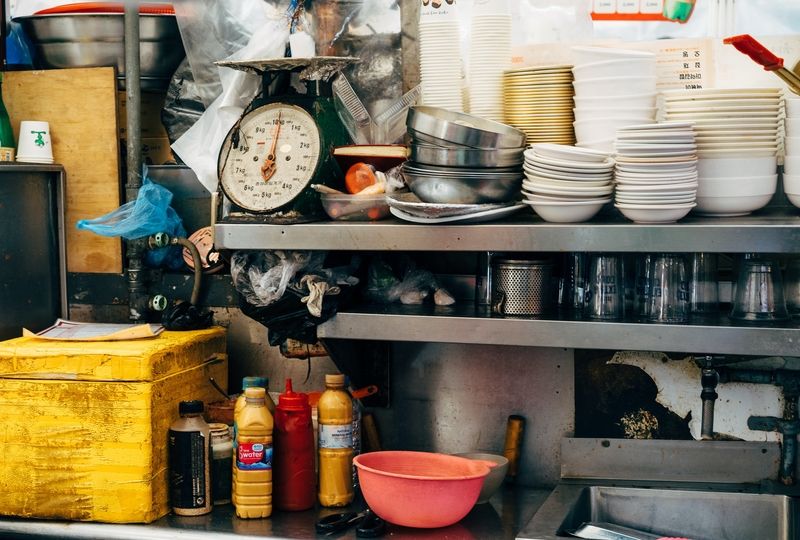 How to Order Food in a Korean Restaurant

Although it's a little scary at first, don't be intimidated by ordering food in a second language. Rather than mundane textbook lessons, real life situations such as ordering in a Korean restaurant really improve your language skills. Practicing the phrases aloud at home will help your Korean reading, listening, and speaking. 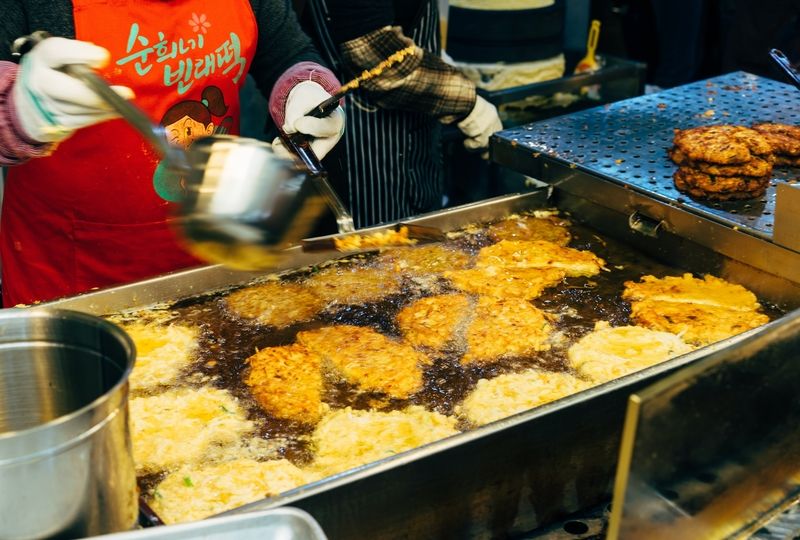 Although dining at a Korean restaurant is certainly a different experience, it isn't hard to understand the customs, and you'll be an expert in no time. Korean people are super friendly; if you feel uncertain, someone will surely try to help you using English or body language.

When you enter a restaurant in Korea, you should first say hello. You will either seat yourself, or if you're greeted at the door, you will let the server know how many people are in your party.

Ann-yeong ha-se-yo (안녕하세요): Hello
This is the formal, polite way to say hello in Korean. It is the perfect way to say hello when you enter into a restaurant. Generally, you would accompany saying hello with a slight bow of the head.

Myeot-bun is-eyo? (몇 분 이세요?): How many people are there?
You should learn to recognize this phrase, as it's likely one of the first things you'll hear when you enter a Korean restaurant. The first syllable, myeot, asks "how many?". The second syllable, bun, is a counter for people. And the second word, is-eyo, means "is there."

____-myeon is-eyo (__명 이세요): There are ___ people.
Korea has two different counting systems: the Sino-Korean numbers, derived from Chinese, and the native Korean numbers. You can review the numbers here. When coutning people, we use the native Korean number system, or the "hana-dul-set" system. "Myeong" is a marker for people, so when counting your party, you could say du-myeong is-eyo, or there are two people.

Me-nyu ju-sa-yo (메뉴 주세요): Please give me the menu.
At most Korean restaurants, the menu is on the wall and also at your table. If for some reason the waiter forgets to bring on, you can use this phrase to ask for the menu. 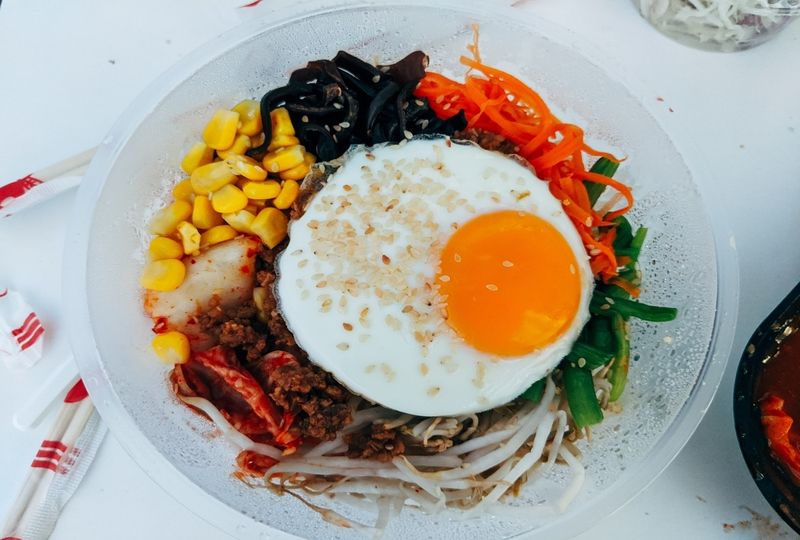 One thing that is notable in Korean restaurants is that there are usually only one or two dishes on the menu. You go to a particular restaurant to eat the specialty dish, and that's it. This practice is actually quiet convenient and takes away any indecision you might have when ordering.

Here are some common, general food items you might find on a Korean menu. 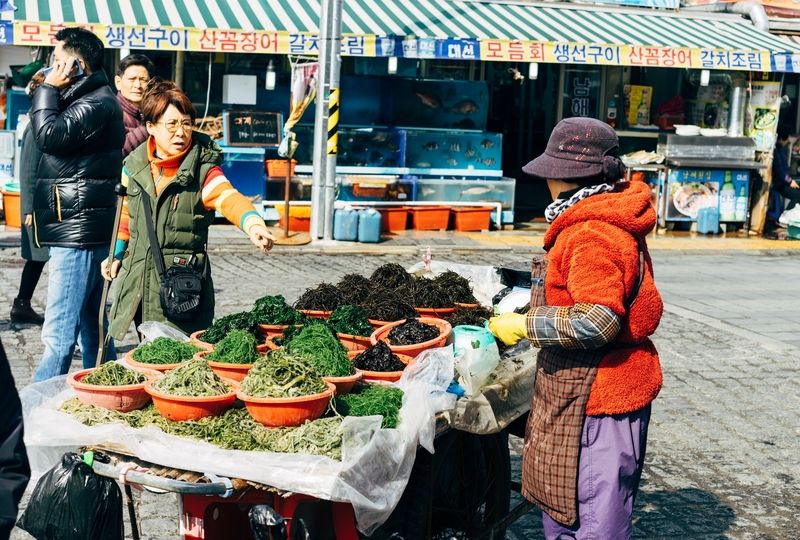 One unique thing about Korean restaurants is the marked efficiency when it comes to ordering. Unlike in other countries, waiters in Korean restaurants don't check up on you frequently. Instead, there's usually a button on your table that you can press when you need something. Cool, right? Here are some phrases you might need when ordering.

Yuh-gi-yo (여기요)- Over here!
If for some reason there is no call button or it doesn't work, you can loudly call to your waiter by saying yuh-gi-yo. It feels awkward and rude at first, but Korean people will be delighted when they here a foreinger use this phrase for the first time. And trust me, after a few times, you'll be shouting yuh-gi-yo like a pro.

Mwo deu-lil-kka-yo? (뭐 드릴까요)- What do you want?
When you're ready to order, the waiter will likely ask you this question. Listen for the rising intonation when he or she comes to take your order.

Mwo-ga mas-iss-eoyo? (뭐가 맛있어요?)- What is delicious?
If you don't really know what's on the menu, you can ask the waiter for a recommendation. He or she will likely recommend the restaurant's best dish. Make sure to indicate that you're asking a question by raising your intonation at the end of the phrase.

Sam in-boon ju-se-yo ( 삼 인분 주세요)- Please give me three portions.
You can also order by portion size. When ordering food by the number of portions, particularly with meat, use the Sino-Chinese counting system, the "il-i-sam" numbers. In-boon means portion, so you can say any number followed by in-boon ju-se-yo to mean "give me this many portions please."

Jeo-neun chae-sig-ju-ui jaib-ni-da (저는 채식주의 자입니다)- I'm a vegetarian.
If you don't eat meat, use this phrase to let your waiter know. Luckily, there are plenty of vegetable based soups, stews, and side dishes, and you won't go hungry. If the length of this phrase is scary, you can just say chae-sig, or vegetarian. Your waiter will get the point.

Ee-geo mae-wo-yo? (이거 매워요?) - Is it spicy?
Although I love a good kick, a lot of my friends find Korean food to be very spicy. To double check the fire level of your dish, ask your waiter first. 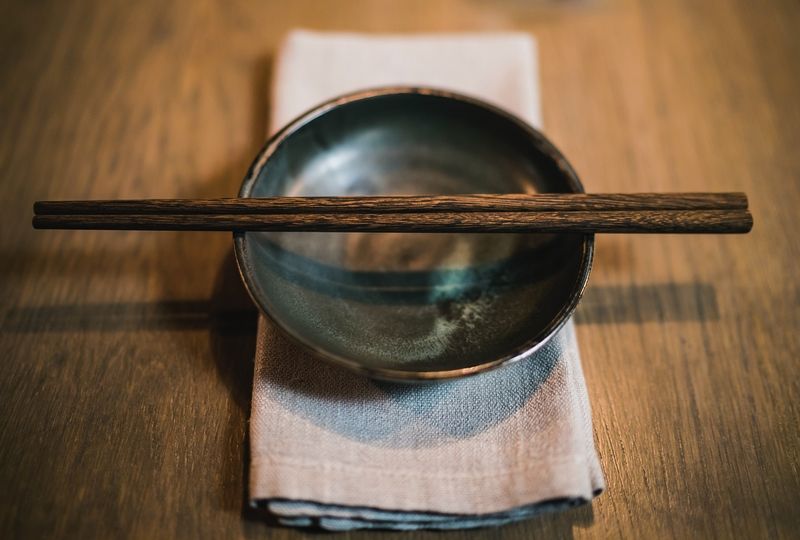 Korean Words You Must Know While Eating Your Meal

Usually, Korean meals arrive at your table in communal bowls that you can then serve to yourself and eat with rice and a large of side dishes. I'm getting hungry now just picturing all of the delicious vegetables that accompany Korean meals.

There are several traditional customs that you should know about when eating a Korean meal. First, never pour your own drink, and second, never let someone have an empty glass. When pouring alcohol, use two hands.
When it comes to eating, the oldest person at the table takes the first bite. These traditions are still practiced at company dinners but are getting to be more lax among the younger generation.

Jal meok-ge-sseum-ni-da (잘 먹겠습니다)- I will eat well.
Especially if someone is paying for your meal or if you're eating at a friend's home, this phrase expresses appreciaiton for the host's efforts. It means thank you for the meal.

Jal meo-geo-sseum-ni-da (잘 먹었습니다)- The meal was good.
This is a way to express thanks to your host again after you've finished eating.

____ deo ju-se-yo ( __더주세요)- Please give me more ____.
Usually, the side dishes at Korean restaurants are unlimited. Sometimes you will see a sign that says "Self", meaning you can feel free to serve yourself. Other wise, you can ask the waiter for more of something. For example, mool deo ju-se-yo asks for more water.

Hwa-jang-shil-ee odee-ye-yo? (화장실이 어디예요?)- Where's the bathroom?
This is an important question, especially if you're drinking alcohol. In Korea, the bathroom is often in a location separate from restaurants, so you might have to ask. Hwa-jang-shil means bathroom, and odee-ye-yo means where is it. 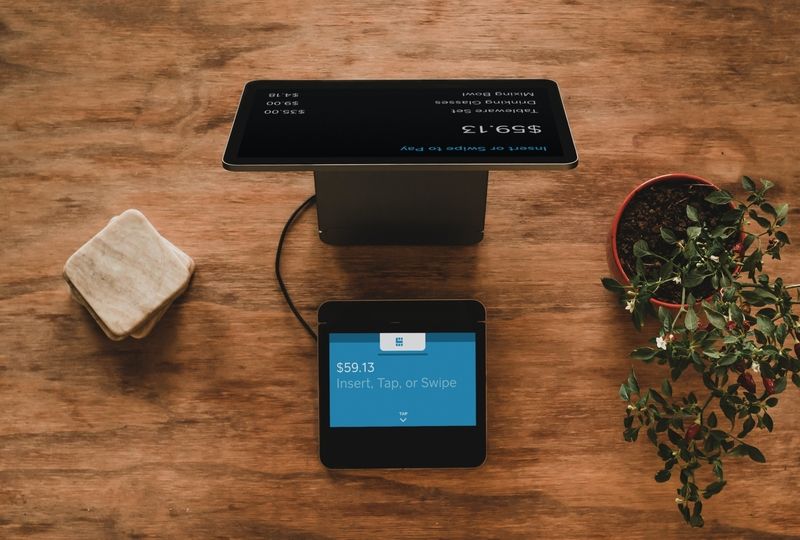 Paying for the Meal

In most cases the waiter will live a bill at your table, and you should go to the register to pay. If you wait to pay at your table, you will be waiting a long time! Usually one person pays for the meal, so be preapred to venmo your friend some money afterwards. Finally an important rule: in Korea, its culturally inapproriate to tip.

Uhl-ma-eh-yo? (얼마에요?)- How much is it?
You will have a bill with the price written down, but your waiter will be impressed if you ask.

Gam-sa-hab-nida! (감사합니다)- Thank you!
It's polite to slightly bow and say thank you on your way out of a Korean restaurant. 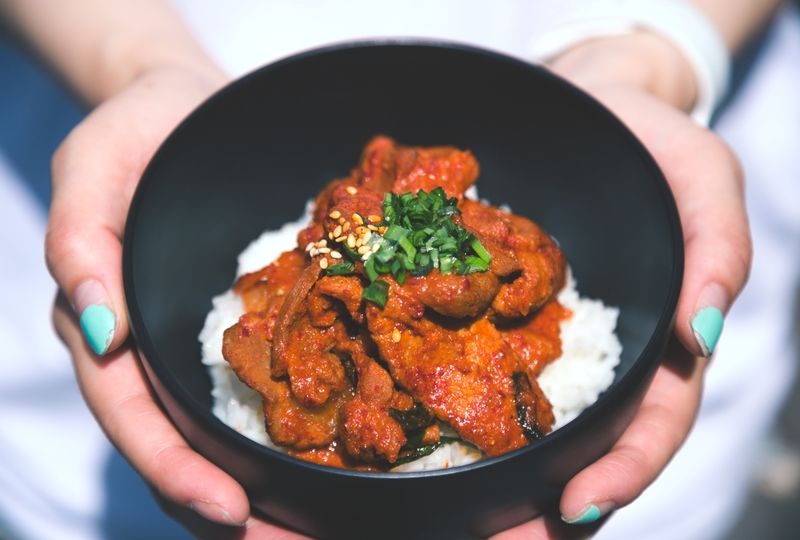 I still remember the first time I ordererd a kimbap, a seaweed and rice roll, on my own in Seoul. I was shocked and proud when the woman understood my order without hesitation. Trust me, you'll also feel so accomplished (and your appetite will be satisfied) when you order for the first time.

As you can see, learning doesn't have to be boring! Why not use these phrases and practice your Korean right now? If you're still unsure how to pronounce the Korean words, don't worry. Speechling tutors are here to help you sound like a native speaker in no time.