Learning English through YouTube videos and resources will only get you so far. After all, most of us are looking to find something that is truly enjoyable (read: not so demanding) yet equally useful for our English fluency. Hmmm... ever thought about learning English on Netflix?

If you ask me, Netflix is the perfect place for anyone who wants to watch countless TV shows and movies and improve their English on the go. I mean, come on... it is the sole reason that "binge-watch" got revived as a commonly used expression among native speakers today.

So, if you're the chill type who wants to spend their lazy hours a bit more productively, this article is for you. Here are five great suggestions to add to your watch list that can truly help you learn English on Netflix. Grab the popcorn! 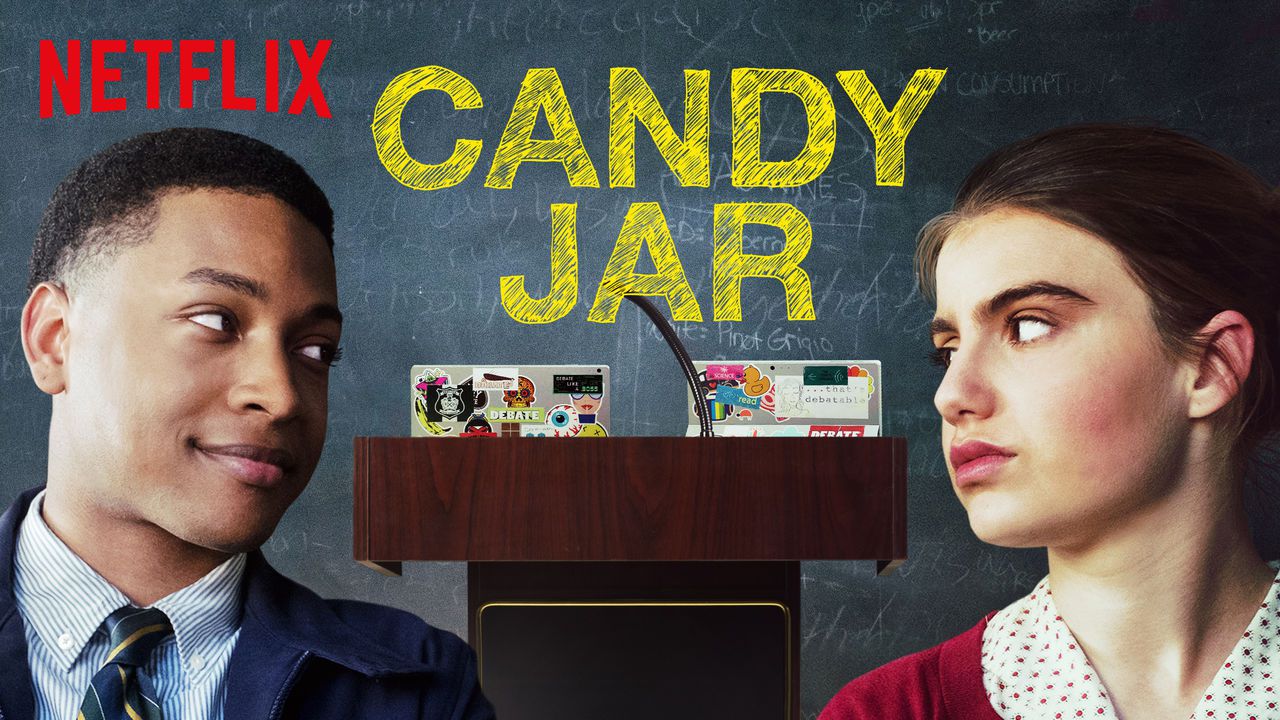 If there's ever been a movie out there that puts special emphasis on vocabulary, punctuation, and the power of public speaking, it is Candy Jar. The two main characters, Lona and Bennett, have actively competed with (read: debated against) each other since their childhood days. When the senior year comes around and both of them are looking to get into their dream universities, they both have their eyes set on the prize - the state championship.

The language used in the movie is pretty teenage-like in most everyday situations, with funny banter and pretty simple vocabulary, yet it is very formal during the debates, with a lot of academic vocabulary being thrown around. This adds a new layer of difficulty when it comes to understanding everything in the movie, which is always good for improving language fluency.

Bennett and I negate the costs of a college education outweigh the benefits. Our first contention is that our opponents, in their opening statement, have shown complete disregard for the topic, and thus, the frame... the framework in which we debate.

Whoever thought speaking like this is normal for a high-school student. Sheesh! 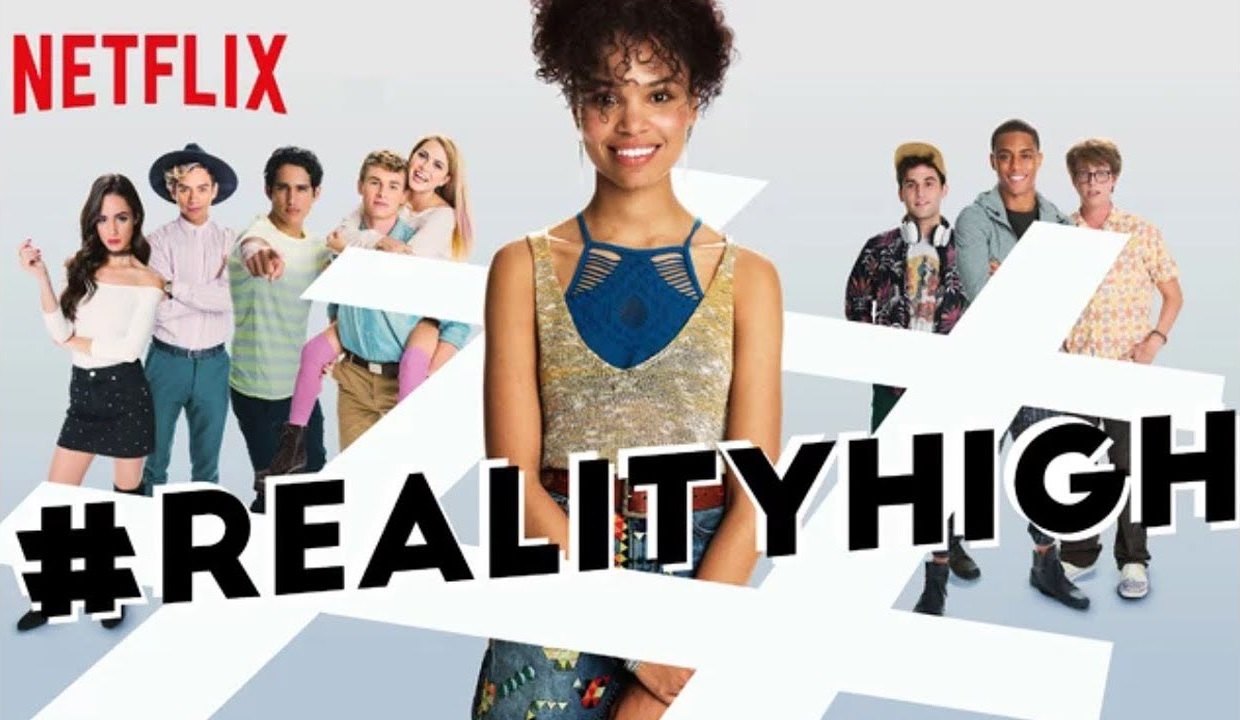 Probably the complete opposite to the example above is #RealityHigh, a Netflix flick which relies heavily on the usage of 2018 social media slang, which includes the words "hashtag", "trending", etc. Surprisingly enough, even if you've never even heard some of these words and expressions, you'll most probably understand all of them.

It's the usage of everyday English throughout the entire movie that puts any viewer at ease, while demonstrating how the teens of today actually speak English among friends, family, and most importantly, online. Other than its benefits for your English fluency, the movie is also extremely funny!

A: Does this belong to you? I found him wandering the halls sniffing this magic marker.
B: This is an outrage, and I deny all charges.
C: Have a seat, Mr. Broussard. Come on, Broussard. Take a seat. Stop licking the board. 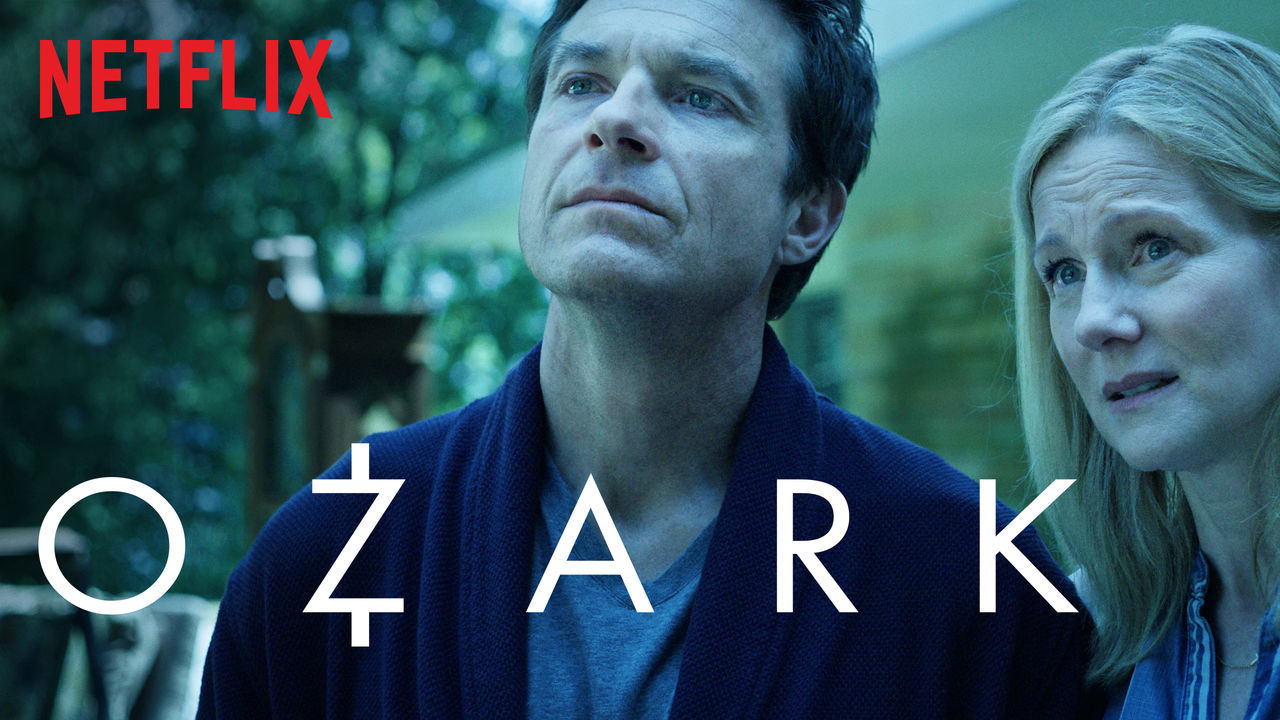 As for Netflix shows, Ozark is something I just have to recommend. It's always a joy to watch a typical U.S. family spending quality time together while using beautiful English vocabulary. But, when that family also happens to launder money for the Mexican drug cartel and suddenly gets on their bad side, the excitement grows tenfold!

As such, this show includes a lot of financial vocabulary, wisdom spoken by the parents in trouble, and plenty of self-reflection monologues that any language learner can leverage into either improving their writing or public speaking skills. Either way, you won't be disappointed!

Money is not peace of mind. Money is not happiness. Money is, at its essence, that measure of a man’s choices. - Marty Byrde 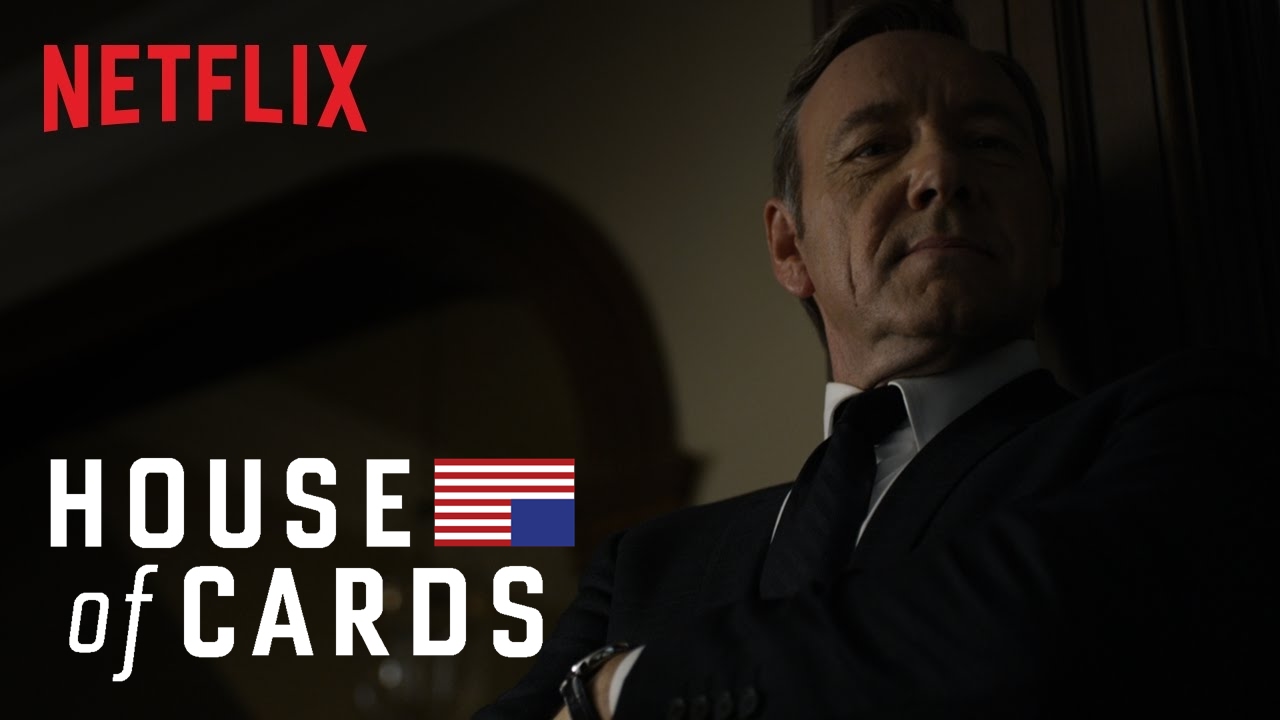 For those of you craving a higher level of formality in spoken English, this is the one! House of Cards is a tale of Frank Underwood, a U.S. Congressman (portrayed wonderfully by the Hollywood legend himself, Kevin Spacey) on a mission to get his revenge on those who betrayed him.

Being so politically inspired, the show's language includes a lot of political vocabulary, but more than anything, English idioms, folk sayings, and quotes for days. It's the wise and confident nature of the show's main character that just grasps the viewer's attention and makes them want to imitate not just how he speaks but his body posture, gestures, and overall demeanor, as well.

"There’s no better way to overpower a trickle of doubt than with a flood of naked truth." - Frank Underwood 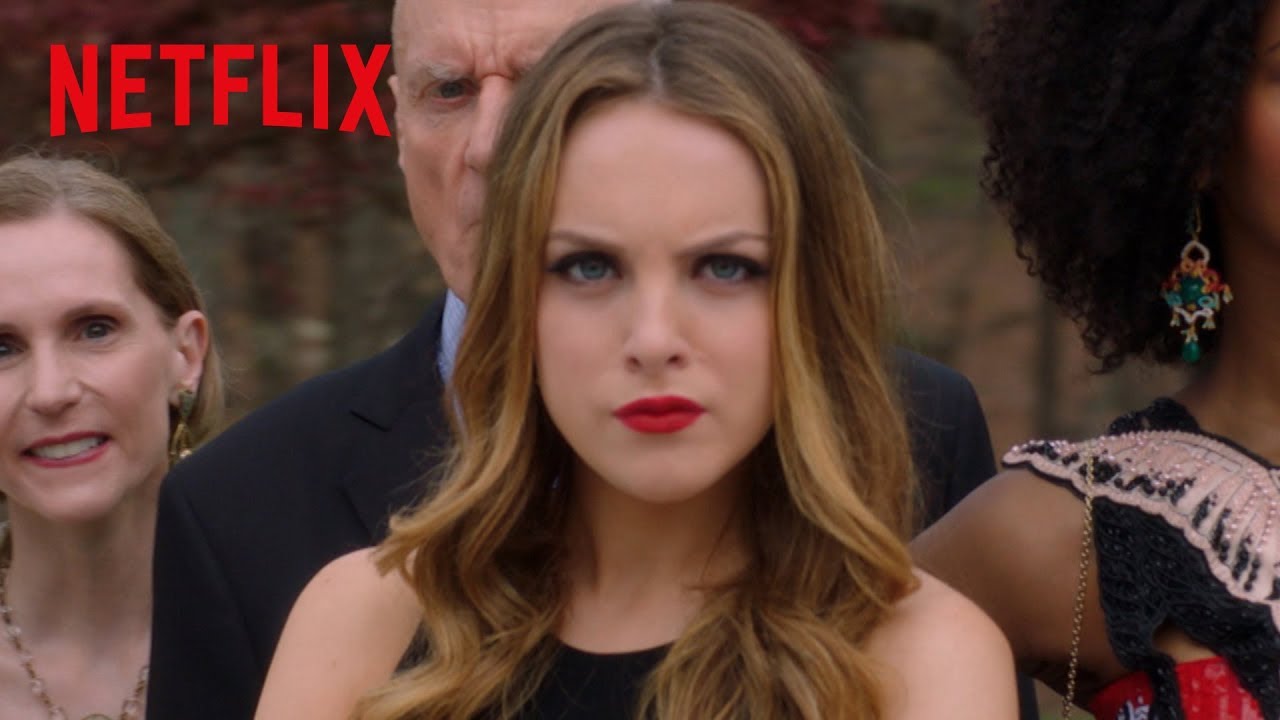 Netflix's spin-off of the 80s hit Dynasty is an entertaining series made for virtually anyone out there. When it comes to the show's language and its benefits for language learning, Dynasty employs the perfect recipe: a billionaire family, a butler with a British accent, a heavy focus on business, and all that follows.

In essence, the English being used in the show is a blend of various levels of formality, both formal and informal vocabulary, as well as business and everyday English - something for everyone, regardless of your current proficiency level! Bonus: there's also plenty of Spanish being thrown around.

The best way to raise more capital for our company is to invest our own money. It projects confidence in our future. I put up all the funds so far 'cause you were rich, just not venture-capitalist-baller rich. 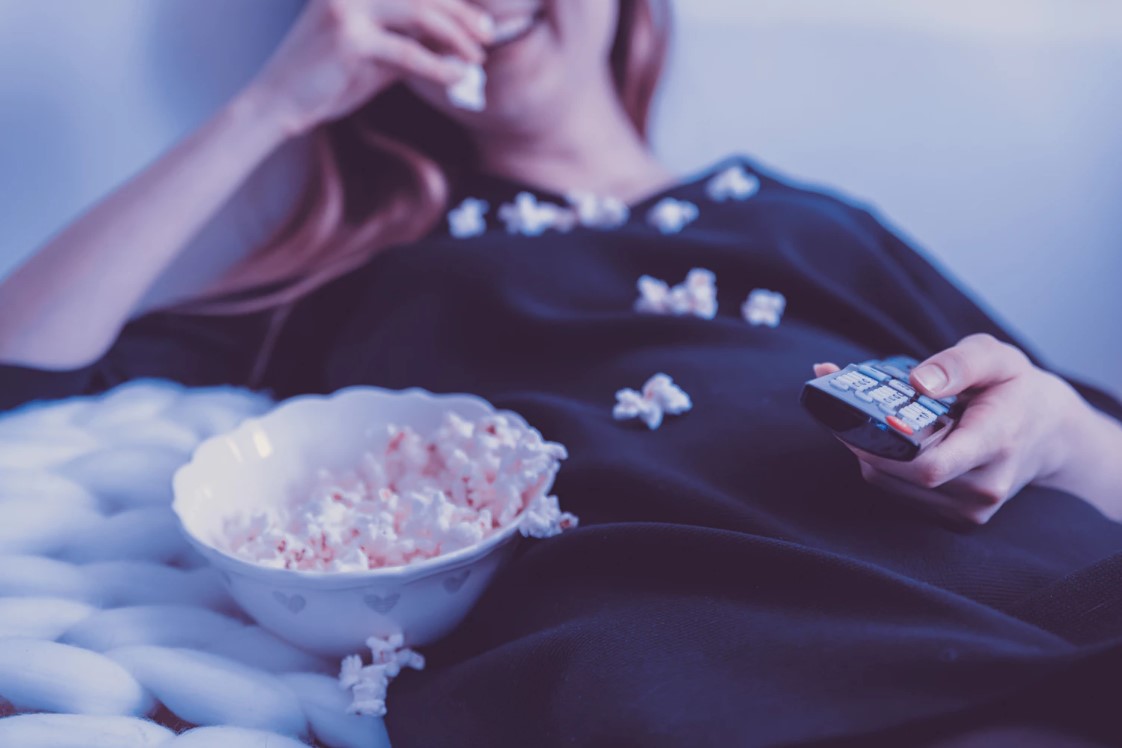 And just like that, Netflix has turned into something even better than it already is. Tell a friend to tell a friend: other than chilling on your couch for hours, you can also learn English on Netflix! For now, I'll leave you to it.

Happy learning and enjoy your popcorn!