Celebrating Christmas and learning Spanish at the same time?
No problem!
Get ready for your Christmas celebrations with this short guide to Christmas in Spanish-speaking countries and our list of top 10+ words you can't do without. 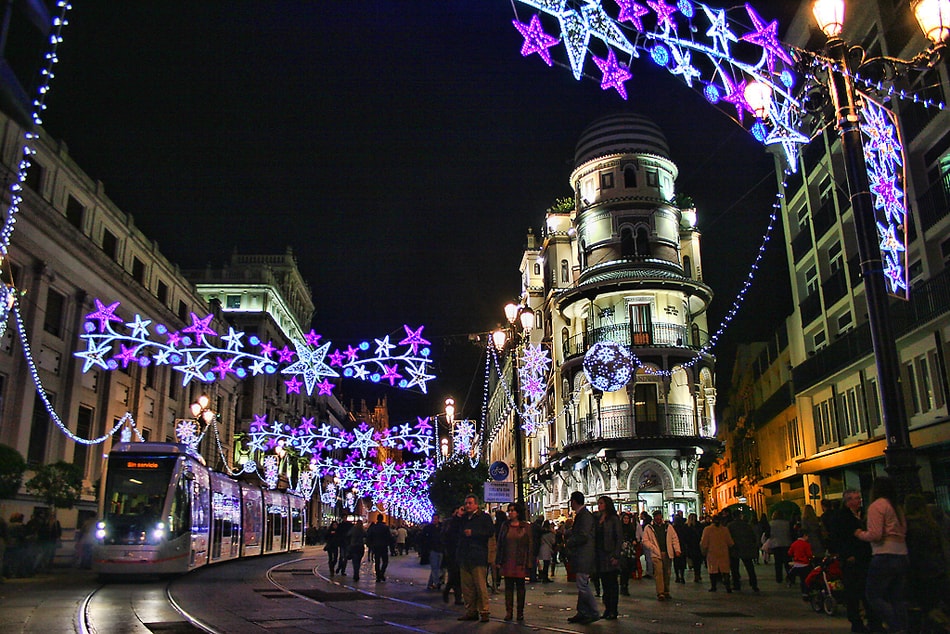 How do you say "Christmas" in Spanish?

To wish somebody a Merry Christmas, use "¡Feliz Navidad!". If you'd like to wish everybody a Merry Christmas and a Happy New Year all at once, use "¡Felices fiestas!" instead. It literally means "happy parties"! These expressions are valid in every Spanish-speaking country, so you will be understood both in Spain and in Latin America.

Keep in mind that in some cases local languages might also be used to wish somebody a Merry Christmas. For instance, in certain regions of Spain you could hear the Catalan "Bon Nadal", the Galician "Bo Nadal" or the Basque "Eguberri on". In Mexico you could hear the Nahuatl "Cualli netlācatilizpan" or the Maya "Ki'imak navidad". Paraguay would also use its very own language apart from Spanish, Guarani, to wish you "Vy’apavê Arareñoire"! 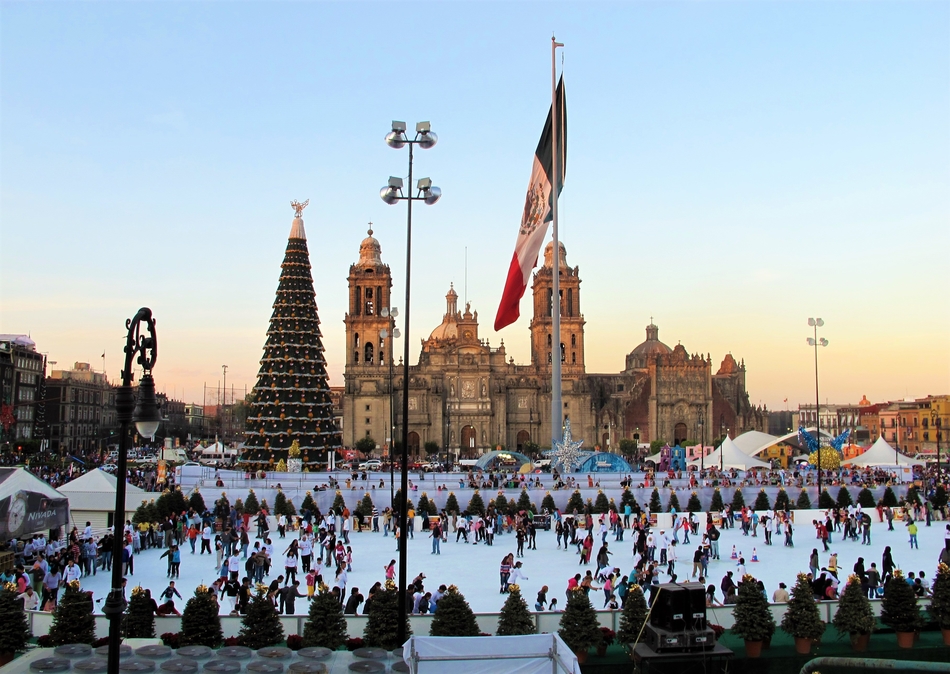 How is Christmas celebrated in Spanish-speaking countries?

Christianity is deep-seated in both Spanish and Latin American cultures. Even families or individuals who do not practice the religion tend to come together and enjoy the occasion. It is therefore unsurprising that Christmas is celebrated with passion, dedication and lots of fun activities for children and adults alike!

Spanish-speaking countries typically celebrate in ways that are to be expected during Christmas: by putting up an ornamented tree, exchanging cards and presents, attending Mass in church and eating lots of delicious food, from hearty meals to decadent desserts. Generally, families meet on December 24th for a family meal and then again on the 25th for an epic lunch!

But what changes from country to country?

Are you a true Christmas enthusiast? Do you dislike waiting for the end of the month to celebrate? You might want to spend it in Venezuela...where local festivities and gatherings happen on the very first days of December! Or what about Mexico, in which Christmas is celebrated from December 12th to January 6th?

You might even be surprised to know that not every Spanish-speaking country exchanges gifts on the same day. In Venezuela, Mexico or Guatemala main gifts are opened at midnight on Christmas Eve. In Spain and Bolivia, however, most children will hang their stocking under the tree on January 5th and open their gifts on January 6th!

Additionally, Christmas celebrations might extend until December 26th in some autonomous regions of Spain, such as Catalunya, in which Saint Stephen's Day is celebrated and families meet again to eat together. In Spain, Mexico and Colombia, December 28th (Dia de los Inocentes, "Day of the Innocent") is an extension of Christmas celebrations in which people celebrate jokes, fun and pranks - think of it as April Fools' Day!

The vast majority of Spanish-speaking countries does not associate Christmas with a warm mug of hot chocolate, a cozy fireplace, warm scarves or snow. In fact, most Latin Americans would probably associate Christmas with starry nights, warm temperatures, flowers in bloom and outdoor activities, from roller skating in Venezuela to posada processions in Mexico!

Surprised? In Paraguay, temperatures can reach 40 degrees around Christmas time, and in Chile or Costa Rica Christmas might be celebrated by going to the beach!

Argentina celebrates Christmas with dishes such as vitel toné (slices of veal served with a special cream), several types of sandwiches, a barbecue or stuffed tomatoes and salads, which are appropriate for a warm Christmas weather. In Bolivia, there is no Christmas without picana navideña, a slow-cooked soup/stew with several types of meat, beer, wine, potato and corn! In Chile, a Christmas without pan de Pascua (traditional cake) and cola de Mono (a drink made from aguardiente, coffee, cinnamon and milk) would feel incomplete! Spanish-speaking cultures truly promise mouthwatering dishes on Christmas Day, and you can start here if you'd like to explore culinary differences.

Red and white poinsettia flowers in bloom? You are probably in Central America celebrating Christmas! Ornamented piñatas? Definitely Mexico! Aguinaldos, parrandas and gaitas? Venezuela! Fireworks and a toast? Why wait for New Year's Eve when you can do it in Uruguay?
In Costa Rica, people take pride in decorating their homes with tropical flowers, their own Pasito (nativity scene) and even fruit. It is truly wonderful to explore different Christmas traditions in Latin America!

Right. Now that you are starting to get the hang of how Christmas happens in Spanish-speaking countries, it is time to actually start speaking the language! Let's learn 10 essential Spanish words for Christmas to impress your friends, family, significant other or even your teacher! 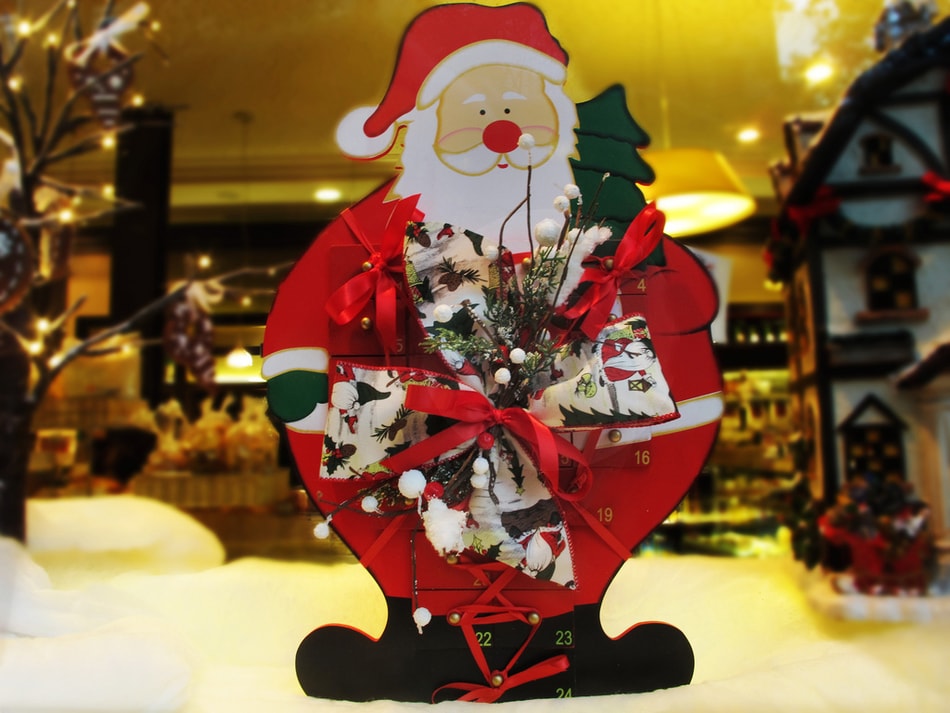 The image of Santa Claus is popular around the world, but his name changes as one moves from country to country, even within the Spanish-speaking world. However, Papá Noel is generally used to refer to Santa Claus in Argentina, Bolivia, Colombia, Ecuador, Paraguay, Perú, Spain and Uruguay.

Here are some differences you might expect: in Venezuela and Honduras presents are brought by San Nicolás or Niño Jesús (baby Jesus - watch out with the pronunciation of this name!). In Chile, most children will be expecting Christmas presents from Viejito Pascuero! As for Costa Rica, Santa Claus is popularly refered to as Colacho (as well as San Nicolás) but Niño Dios (Baby God) can also be responsible for bringing you a present. 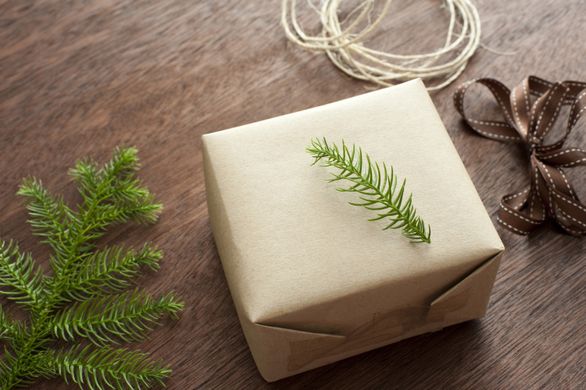 In Spanish you use the word regalo for any gift you receive, regardless of whether it is Christmas or not. Commonly requested regalos could be videojuegos (video games), ropa (clothes), un celular nuevo (a new cellphone) or muñecas (dolls)! 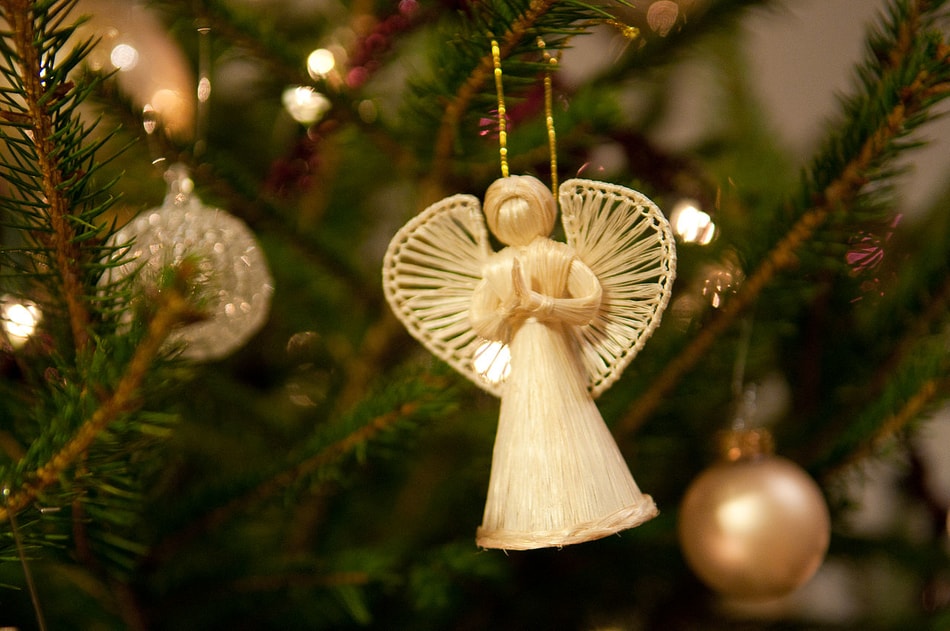 On your Christmas tree, at church or as your personal guides, ángeles (angels) are some of the most important symbols of Christmas, especially considering all Spanish-speaking countries incorporate Christian culture in their festivals and gatherings. This time, you will know how to refer to this very important figure! Quick pronunciation tip: do not forget that the "g" in Spanish is different from your typical English "g". 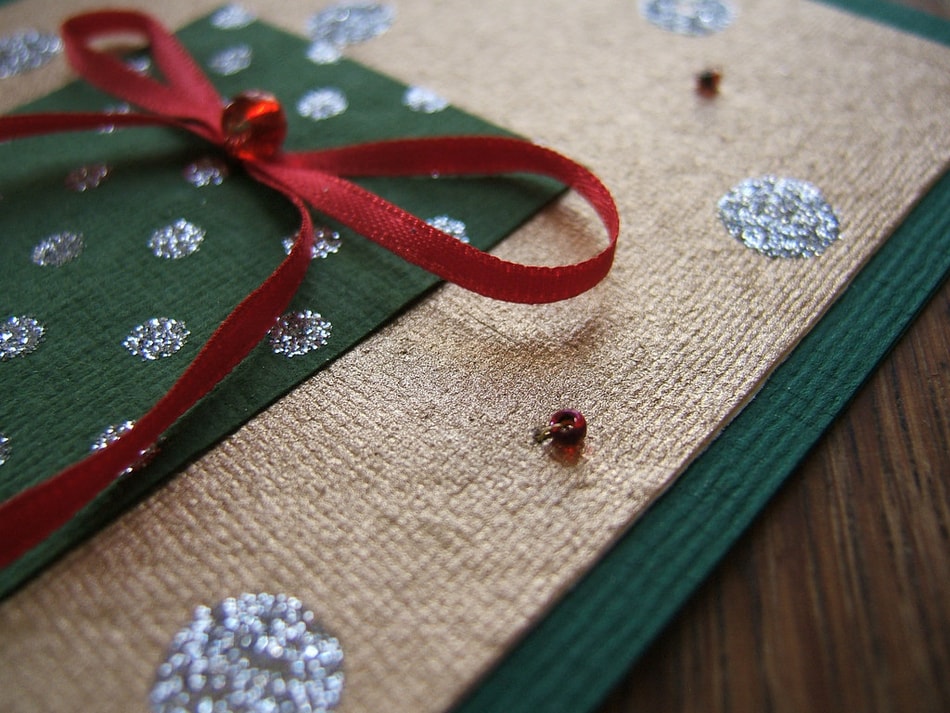 Next time you want to impress your Spanish-speaking family member, friend, partner or teacher, make sure to send them a tarjeta de Navidad with friendly holiday greetings such as the ones we taught you at the beginning of this article: "Feliz Navidad" or "Felices Fiestas"! 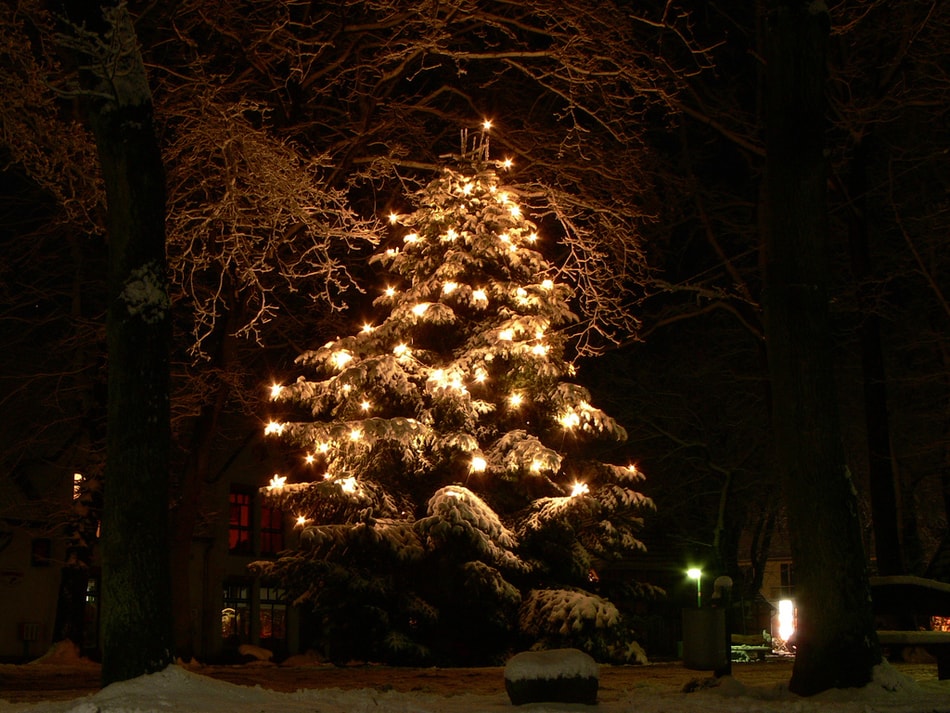 Regardless of where you go, the Christmas tree is a must. You might want to decorate yours with bolitas de colores (Christmas ball ornaments), estrellas (stars), lazos (ribbons) or guirnaldas (garlands)! 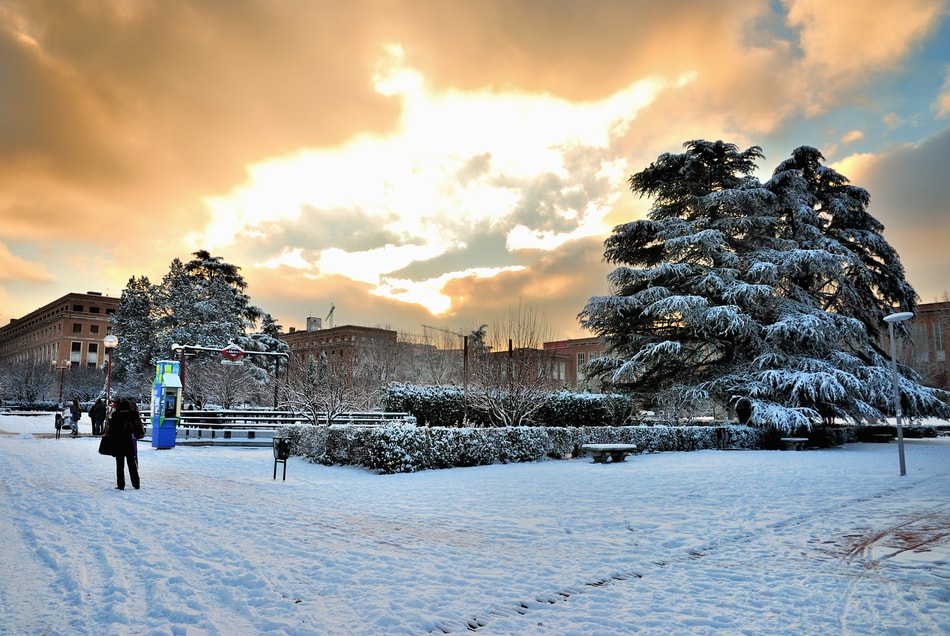 If you celebrate Christmas in Spain - and particularly in Madrid, the capital city - you are likely to experience that freezing breeze or maybe even a snowy evening! For that reason, it is useful to know the word nieve. For instance, you could say "¡Me encanta la nieve!" (I love snow!). 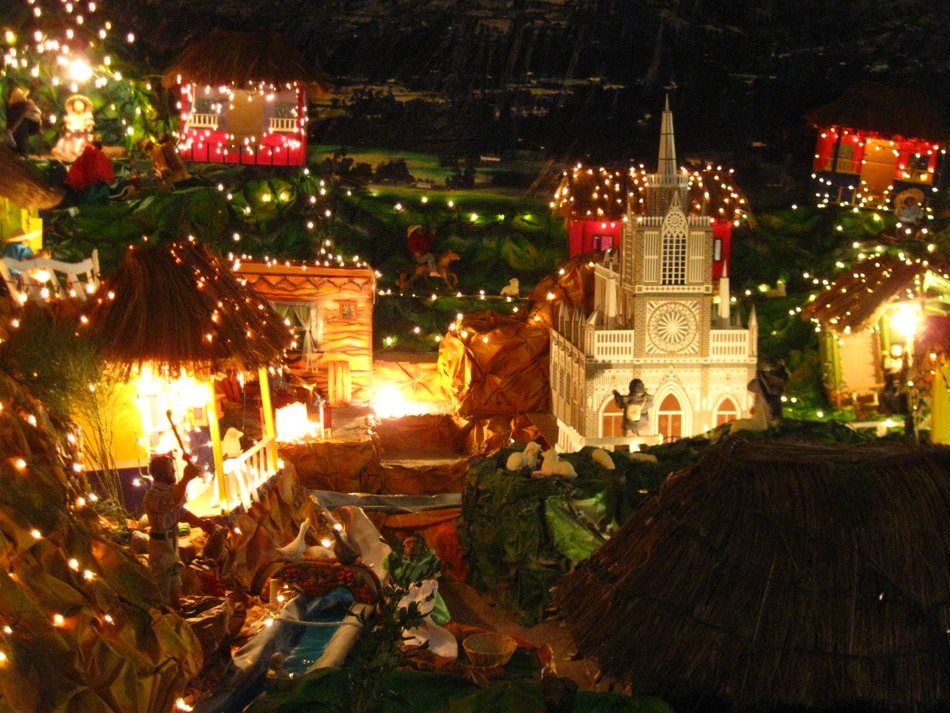 One of the most iconic forms of celebration is the pesebre (nativity scene), also known in Costa Rica as pasito or portal. The diversity of pesebres across the Spanish-speaking world is inspiring. Most figures are made of clay, but it is the detail, the variety of colors and fabrics used to customize the figures that truly makes a difference. Guatemalan pesebres (also known as nacimientos) have become particularly popular due to their detailed figures with a very colorful touch! 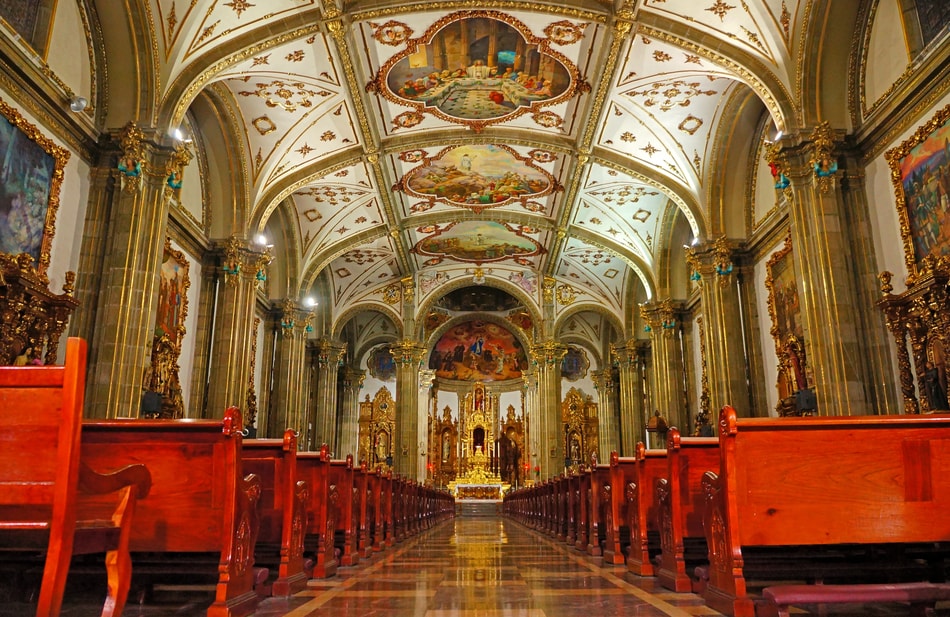 Misa is the Spanish word for "mass", as people gather in church to pray together. The midnight Mass - or Misa de Gallo ("rooster's mass") - is always celebrated around midnight on Christmas Eve. Practicing families choose to attend it in person to hear the mass together, followed by a delicious dinner that could last all night! 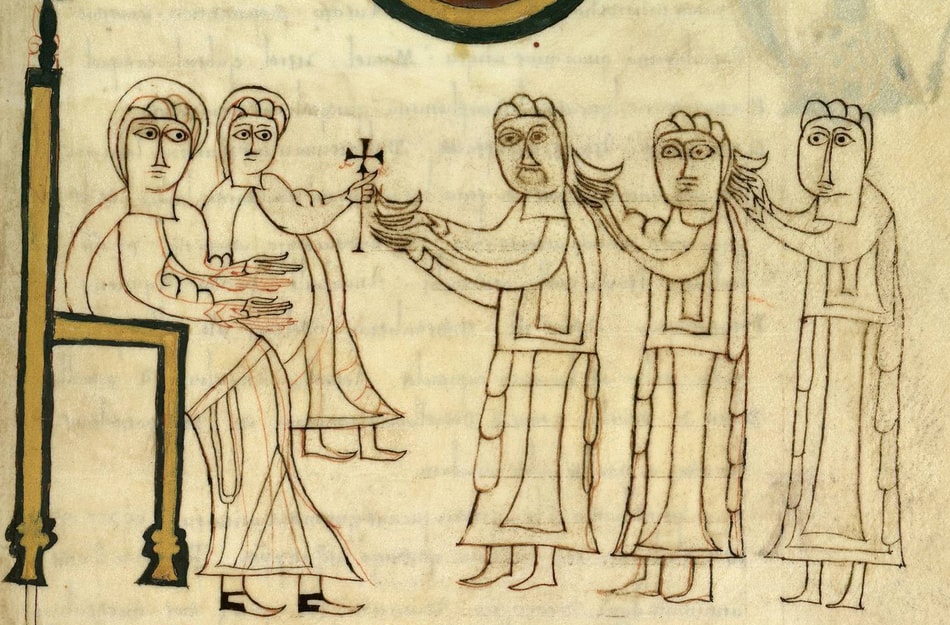 In Spain, Santa Claus does not bring you presents - los Reyes Magos do. That is, the Three Wise Men. Melchor, Gaspar and Balasar are said to visit children on January 6th, the Day of the Epiphany, to distribute presents (or, as you know them by now, regalos!). 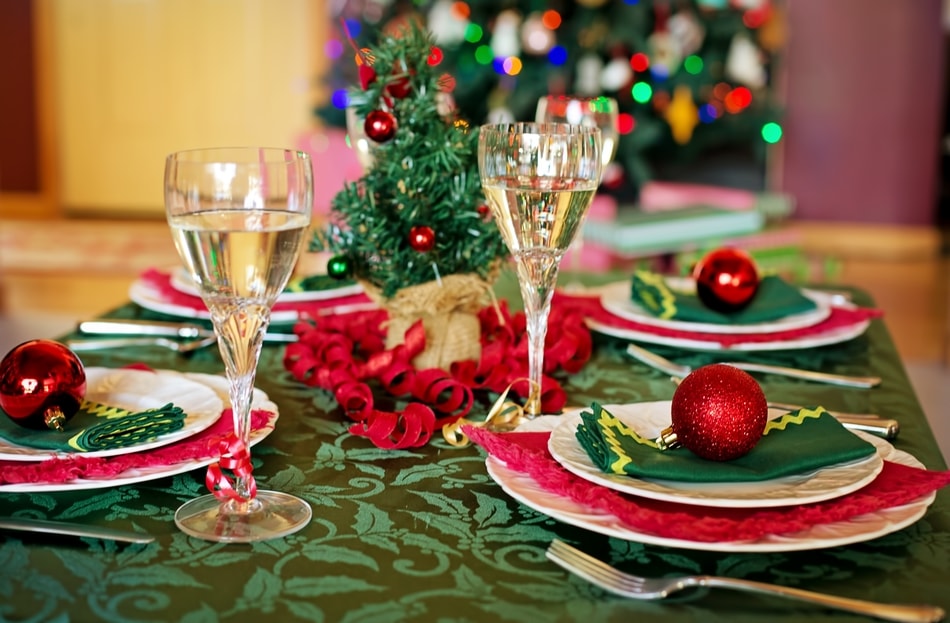 This list wouldn't be complete without a reference to the most important Christmas meal - the dinner that takes place on Christmas Eve, as family members and loved ones come together to enjoy several homemade dishes and desserts. This meal is known as cena de Navidad or cena navideña (Christmas dinner). Bonus: you can also just use the word "cena" to refer to any dinner (not necessarily a Christmas one) and the word "cenar" as the verb "to have dinner"!

At Speechling, we keep you informed about the Spanish language, different cultures of the Spanish-speaking world and the best resources to learn Spanish. If you can't get enough, read more about Día de los Muertos, Netflix's best Spanish movies for learning the language or these words in Spanish that have no direct English translation!